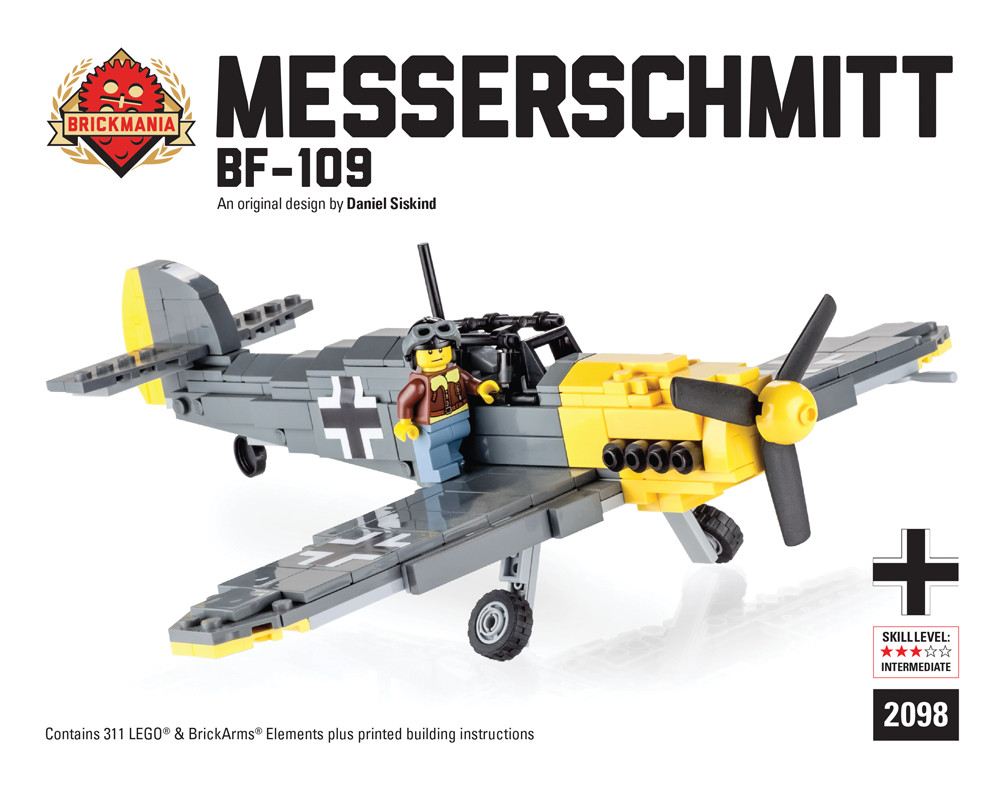 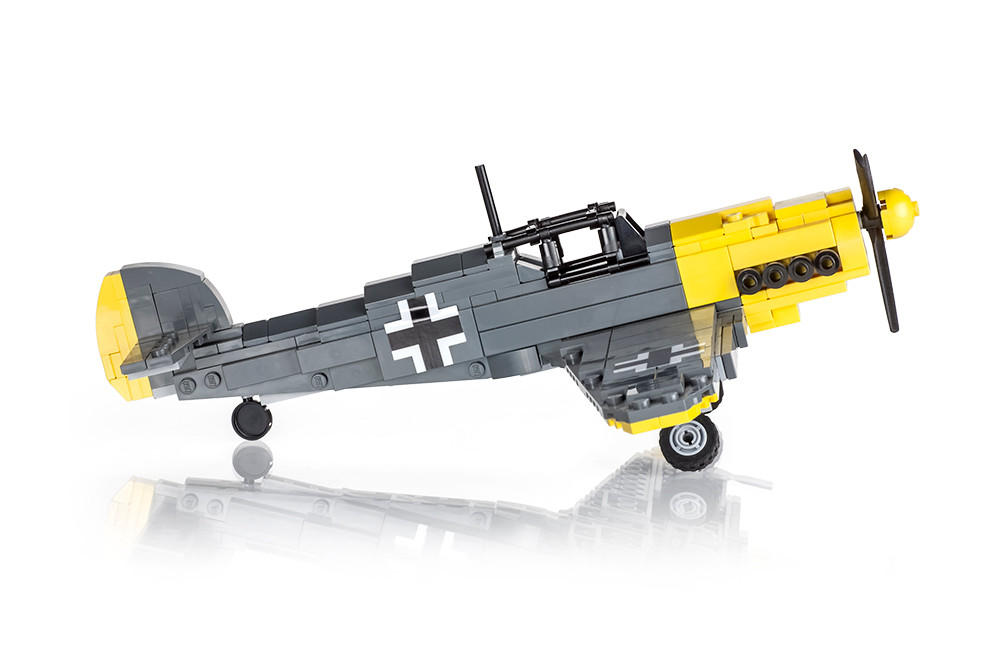 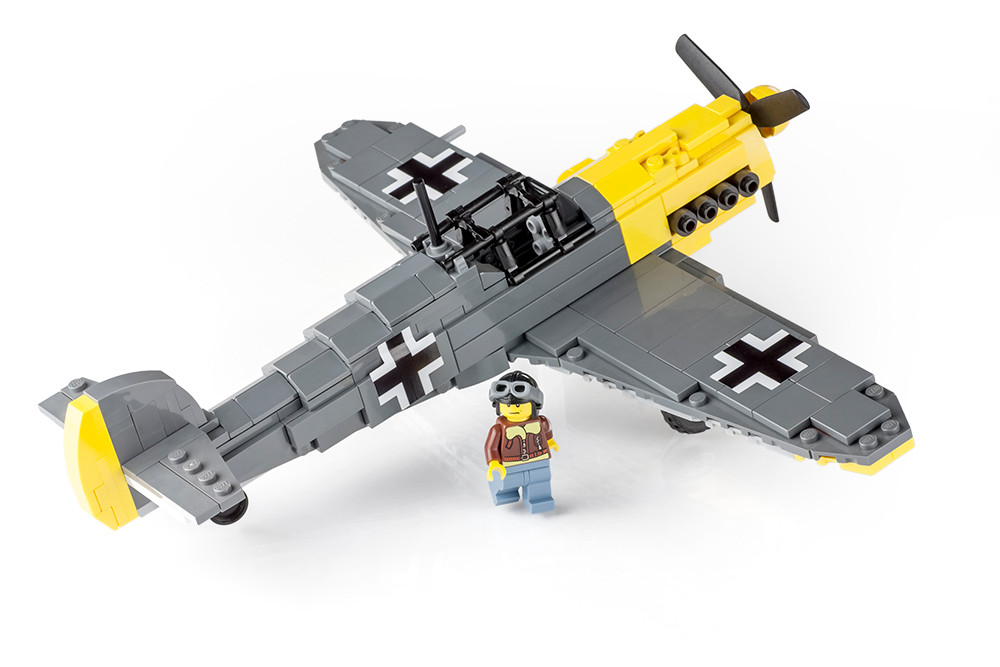 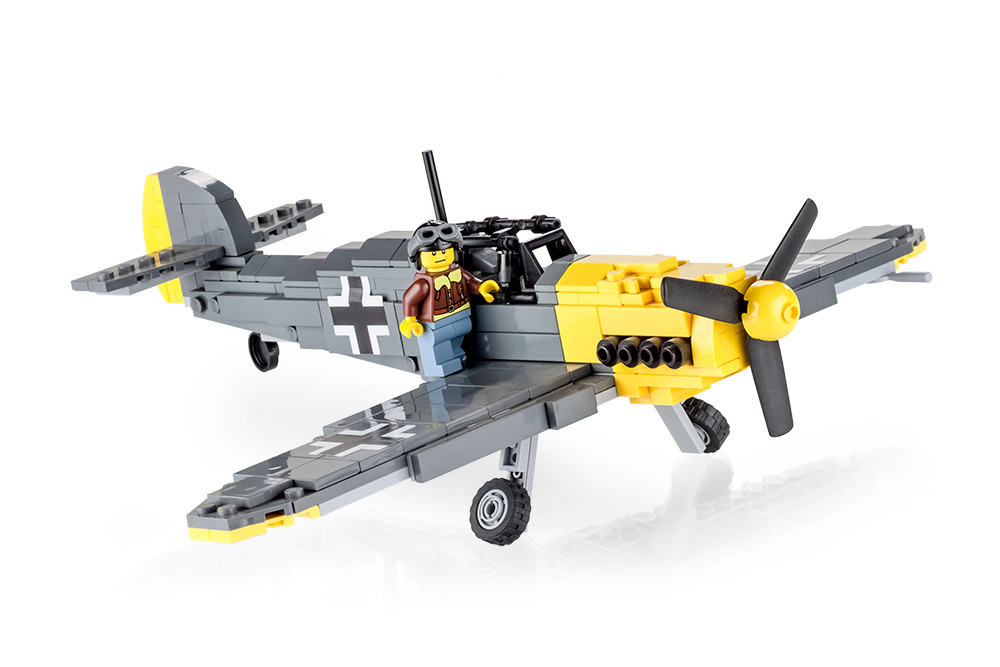 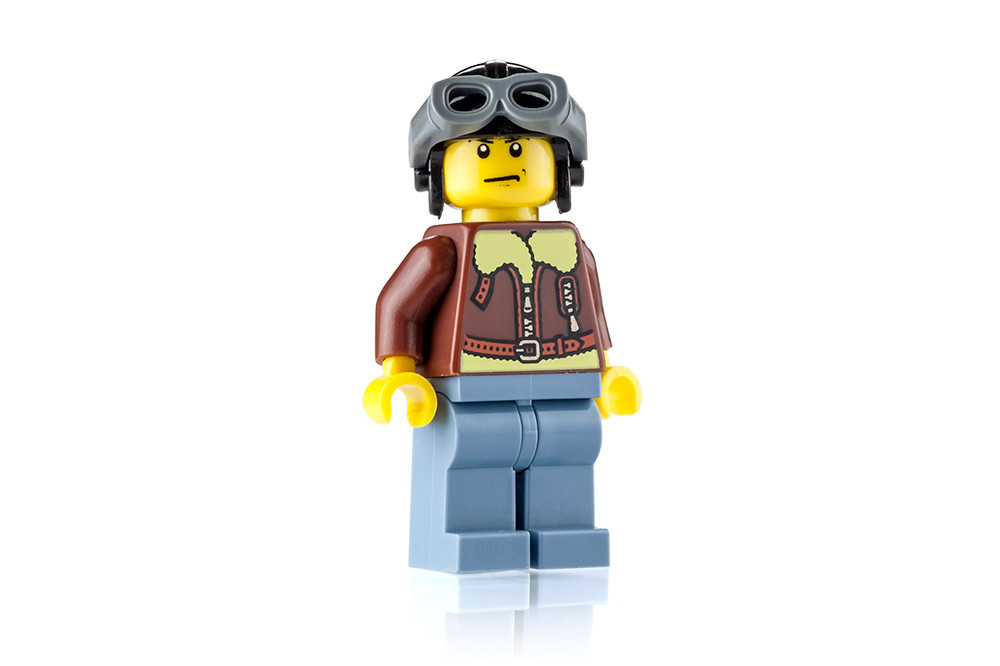 The Messerschmitt Bf 109 was the primary single-seat fighter plane used by Germany during World War II. Developed in the 1930's to fulfill the fighter / interceptor role, it incorporated all of the features that would be considered state-of-the art for World War II.  An all-metal mono-plane with a fully enclosed canopy, the Bf 109 would see continual upgrades as technology advanced and it's roles increased on the battlefield and in the skies. The Messerschmitt Bf 109 was widely produced and saw service for two decades after the close of World War II. 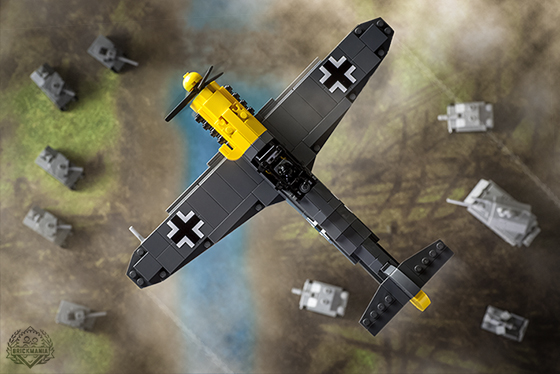 All Brickmania model kits are made of new-condition LEGO bricks, plus Brickmania and BrickArms elements. This model comes disassembled and includes printed building instructions and comes packaged in a sealed box. This is a limited edition kit and production may be discontinued at any time.