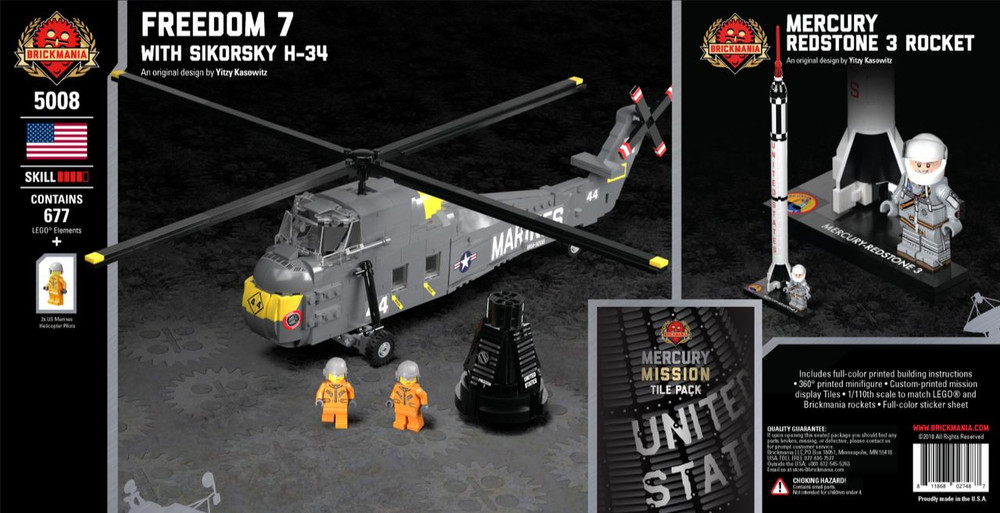 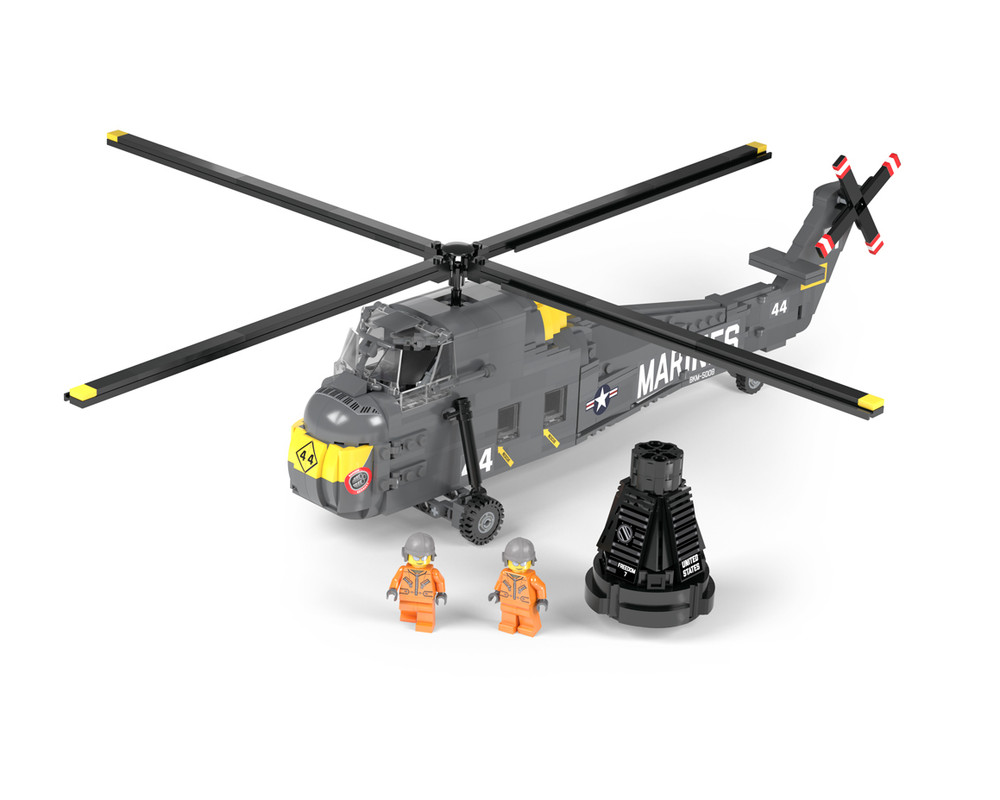 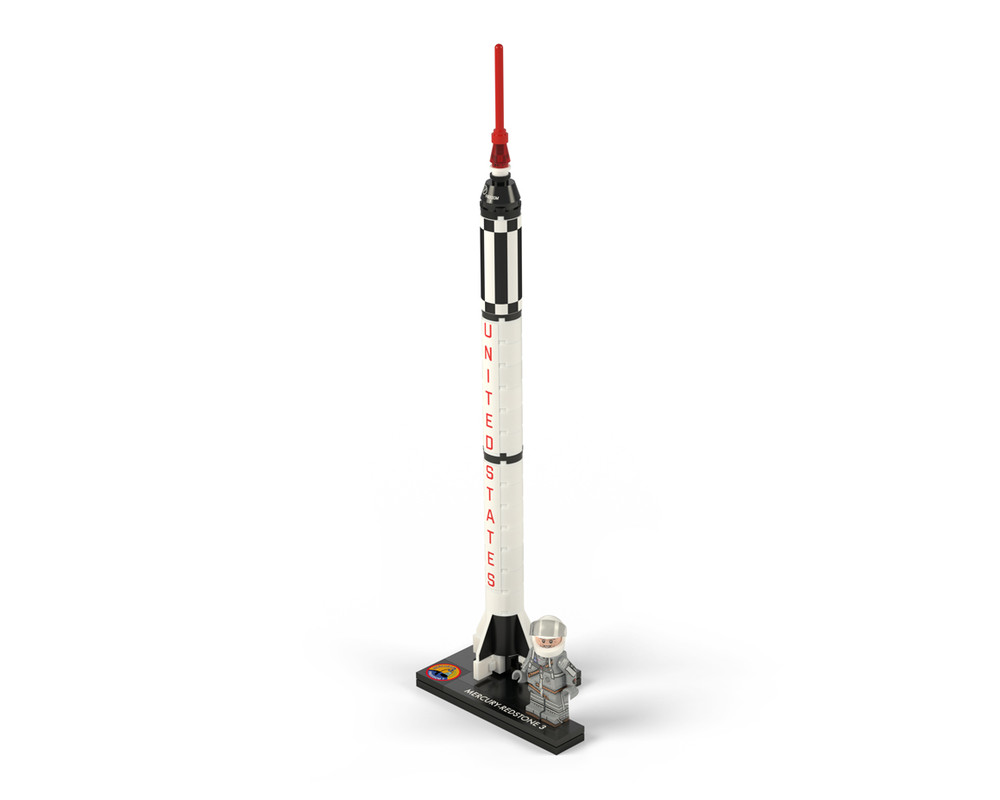 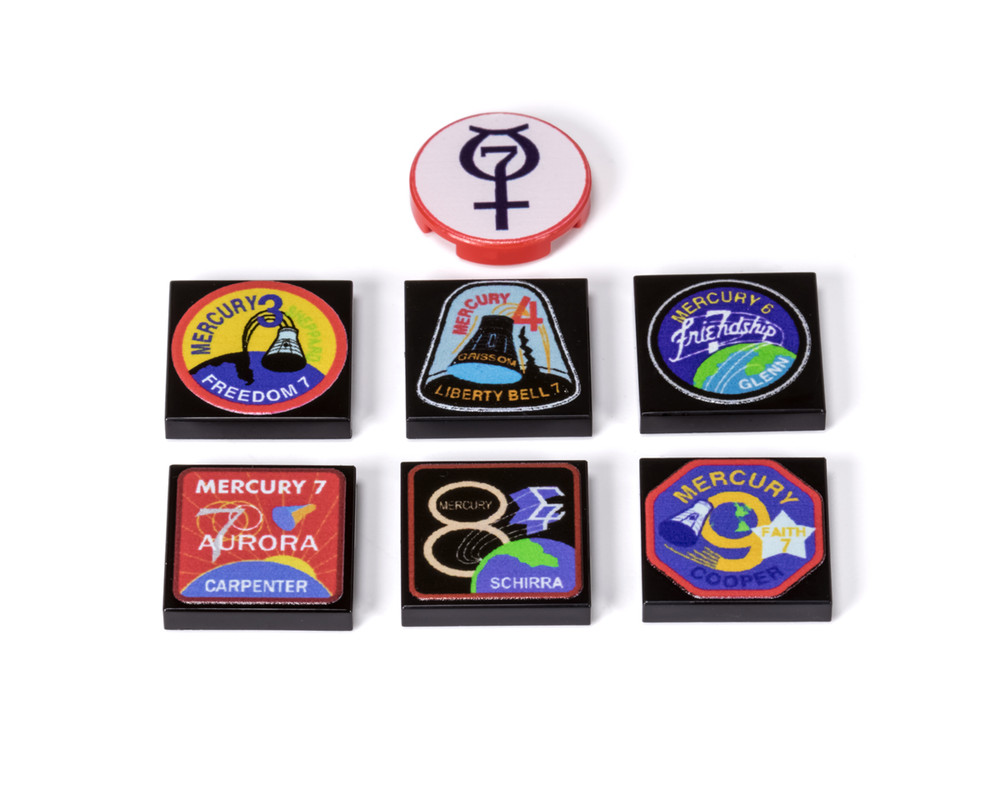 Save 15% on all three of these new sets when you buy them together!

Featured in the film The Right Stuff, the Mercury Program helped pioneer American space exploration. The Mercury Redstone 3 was the result of many (unsuccessful) test launches, paving the way for the historic mission crewed by the first American in space: Alan B. Shepard Jr. Launched less than a month after Russian cosmonaut Yuri Gagarin, the Redstone provided the United States with an effective launch vehicle for the short suborbital mission on May 5, 1961. The rocket traveled to an altitude of 116 miles at roughly 5,000 mph (8,000 km/h).

Delivered by the Redstone rocket, the Freedom 7 capsule was launched on May 5, 1961. The capsule was piloted by Alan B. Shepard Jr. The short, suborbital was the first successful mission by the United States to put a human being into space. The capsule was small and cramped, but it provided a wealth of data on space flight and its effects on the human body.

The helicopter used to recover the capsule after reentry was a Sikorsky H-34, first built in 1954. This helicopter served in both military roles and during search and rescue operations. Aside from recovering the Freedom 7, the Sikorsky also played a prominent role in the Vietnam War.

The Mercury Mission Tile Pack features artwork commemorating the six manned Mercury missions. This is a great pack for any space enthusiast! The tiles are custom-printed using genuine LEGO parts and are inspired by the mission patches. 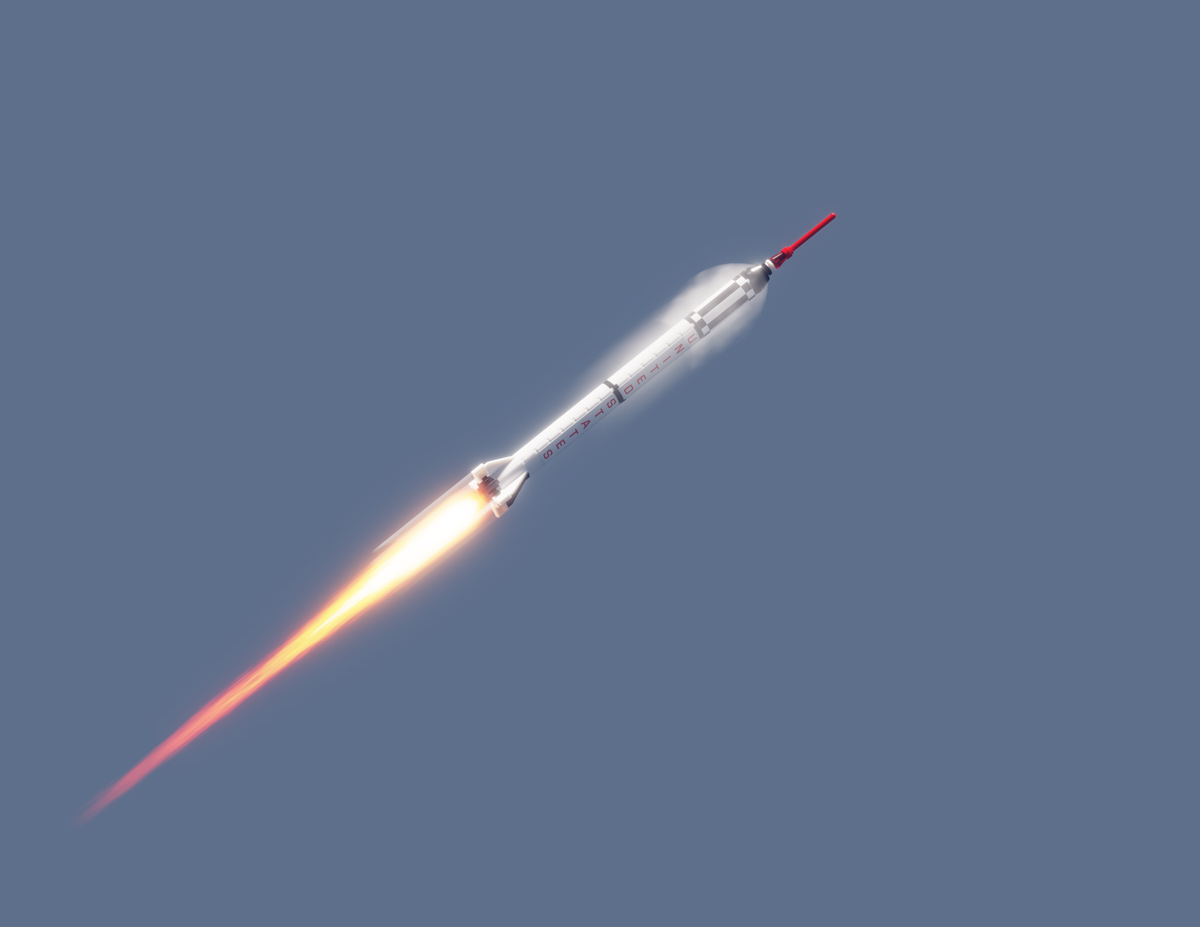 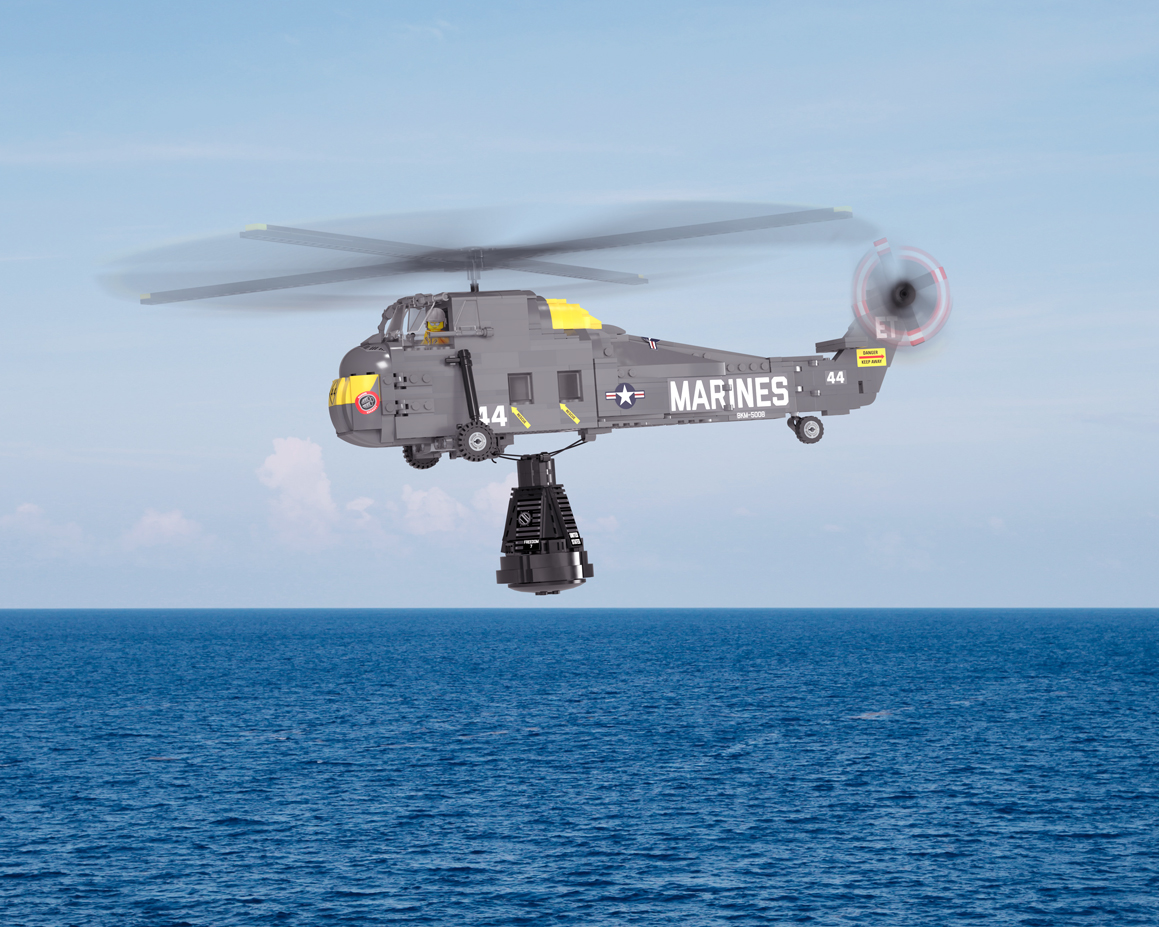 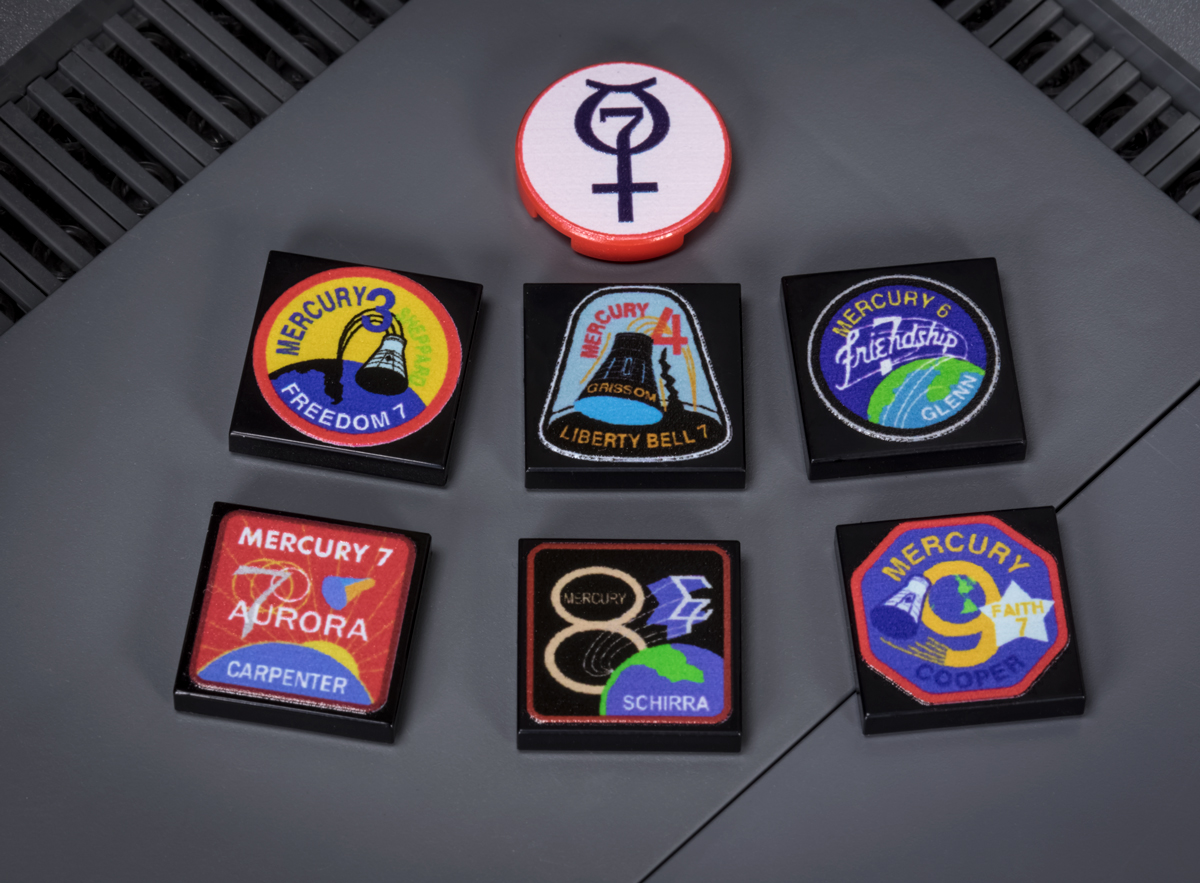