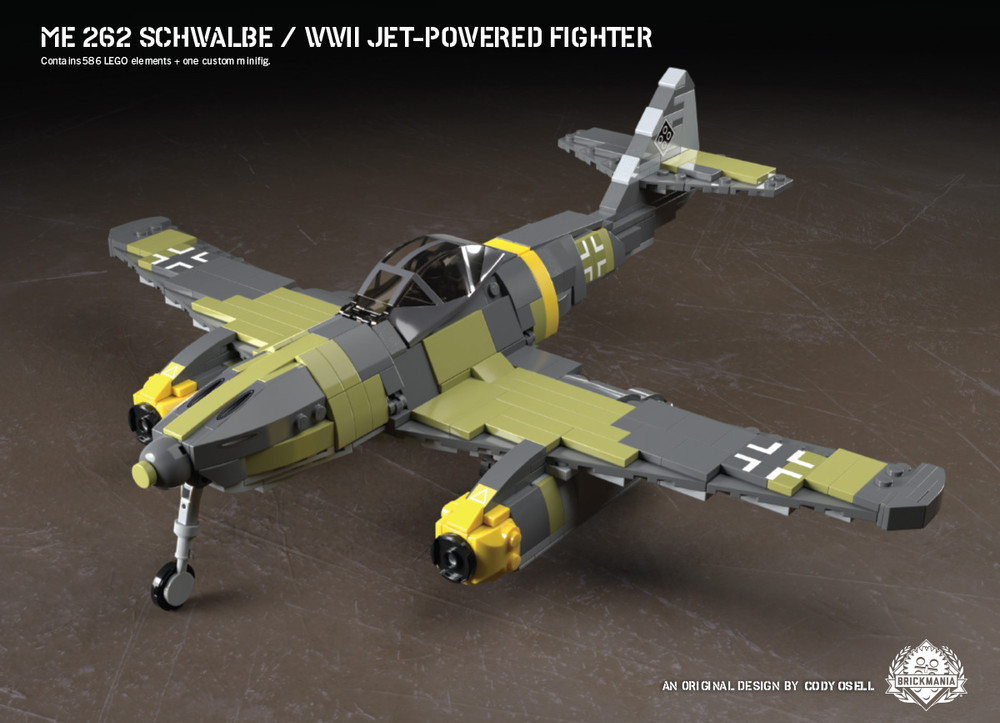 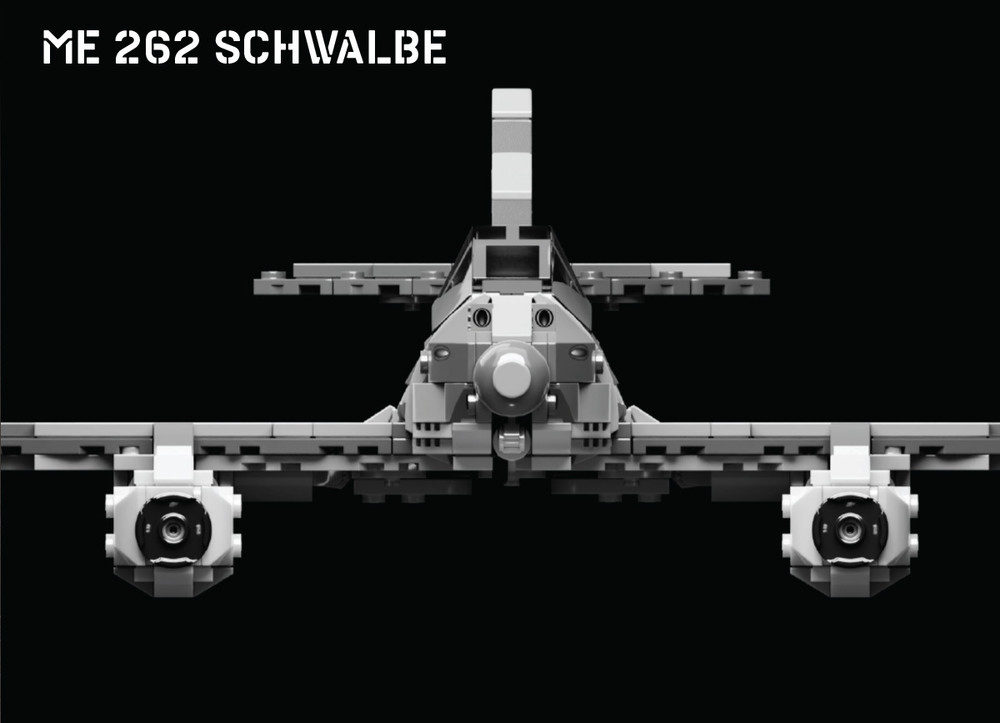 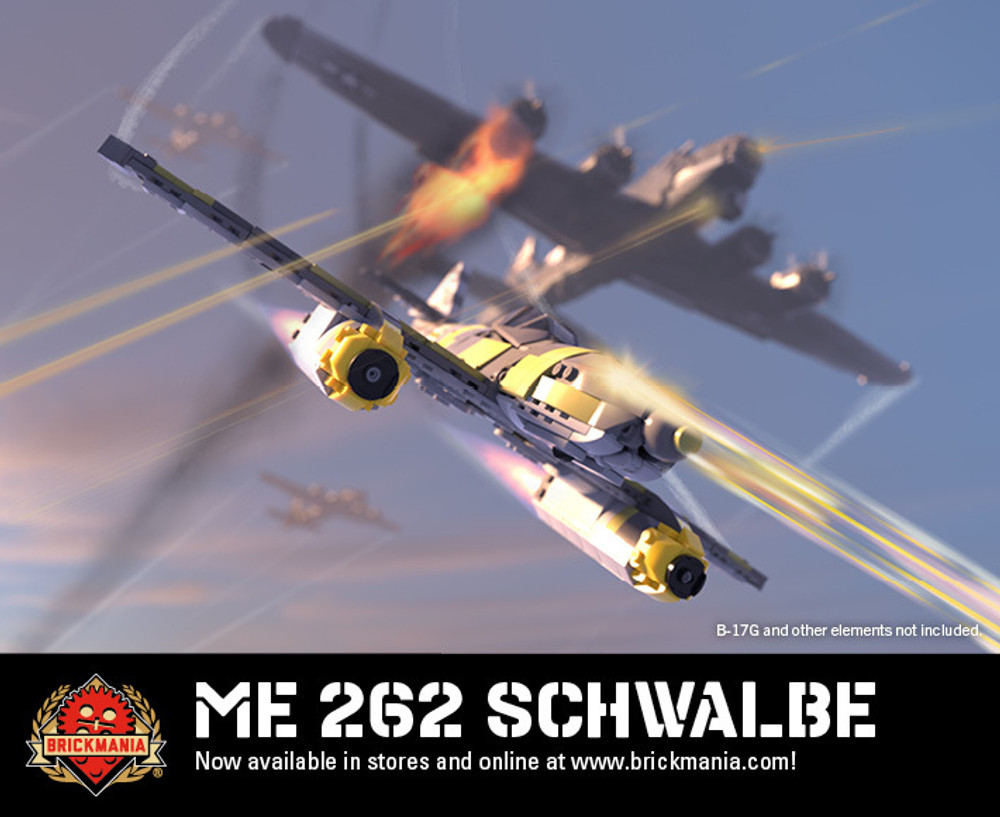 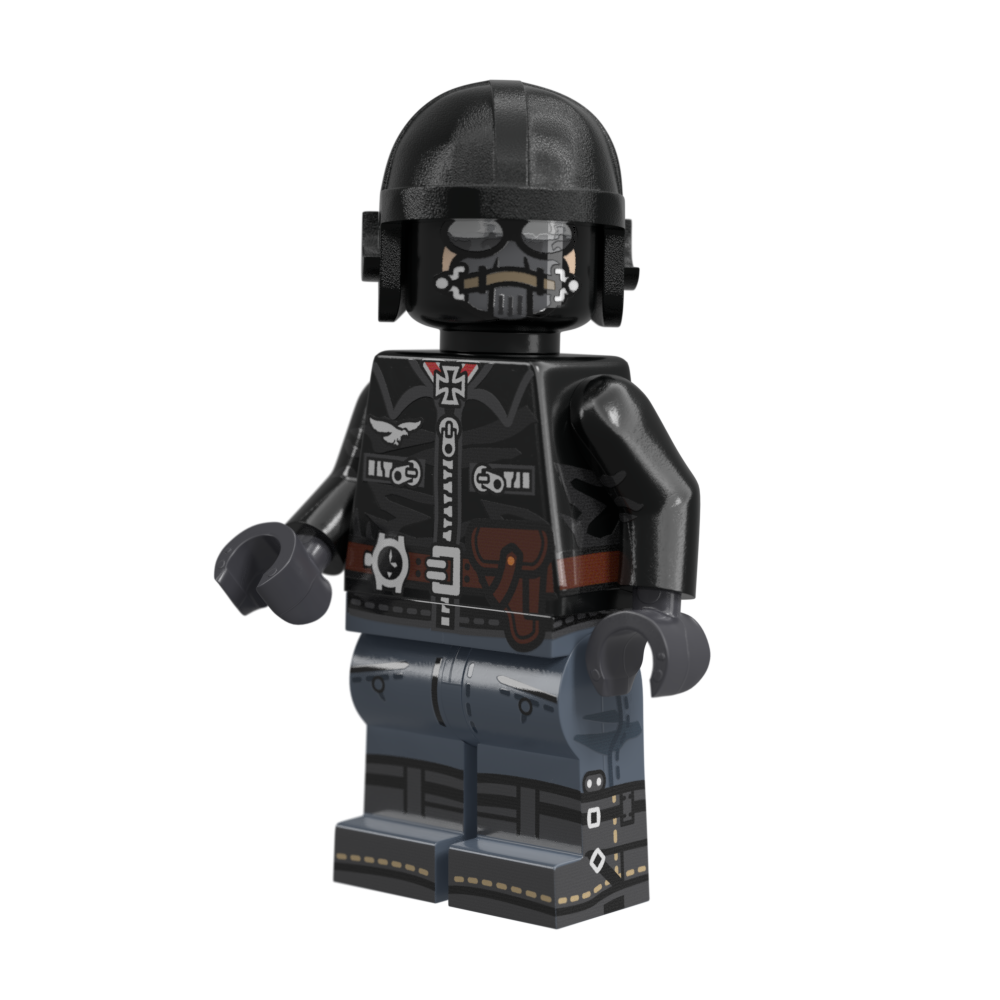 About the Me 262 Schwalbe - WWII Jet-Powered Fighter:

The Messerschmitt Me 262 was the world’s first operational jet-powered fighter aircraft. The Me 262 was faster and more heavily armed than the Allied fighter, including the British Gloster Meteor. The Me 262’s roles included light bomber, reconnaissance and experimental night fighter versions. Me 262 pilots claimed a total of 542 Allied kills. Captured Me 262s were studied and flight tested by the major powers, ultimately influencing the designs of several post-war aircraft such as the North American F-86 Sabre and Boeing B-47 Stratojet. 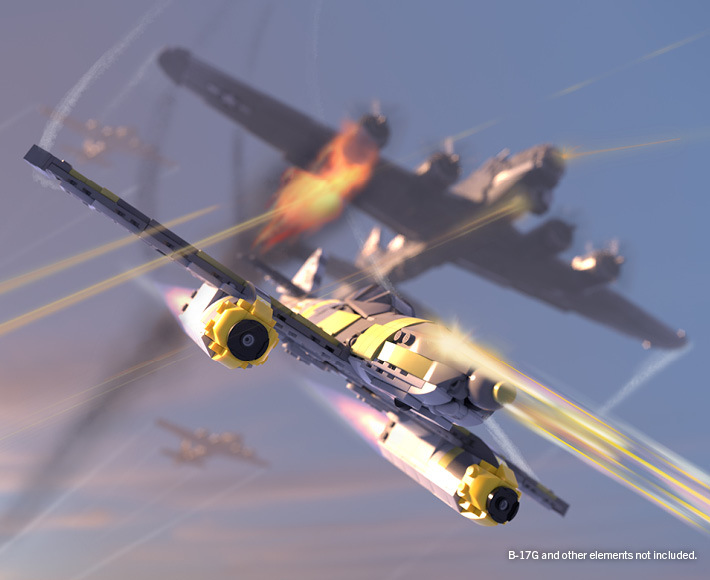 Sporting a sturdy new design that allows the model to balance easily on its retractable landing gear, the Me 262 features a new color scheme, printed elements, and a sticker sheet. Also included is a custom Me 262 pilot minifig designed by Landon Reimer.