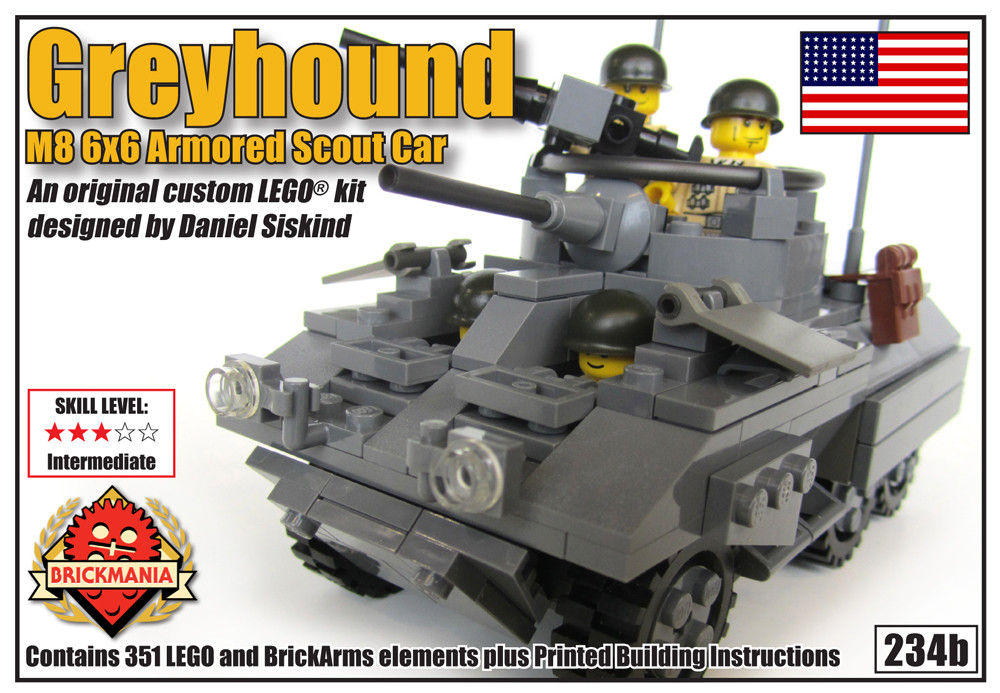 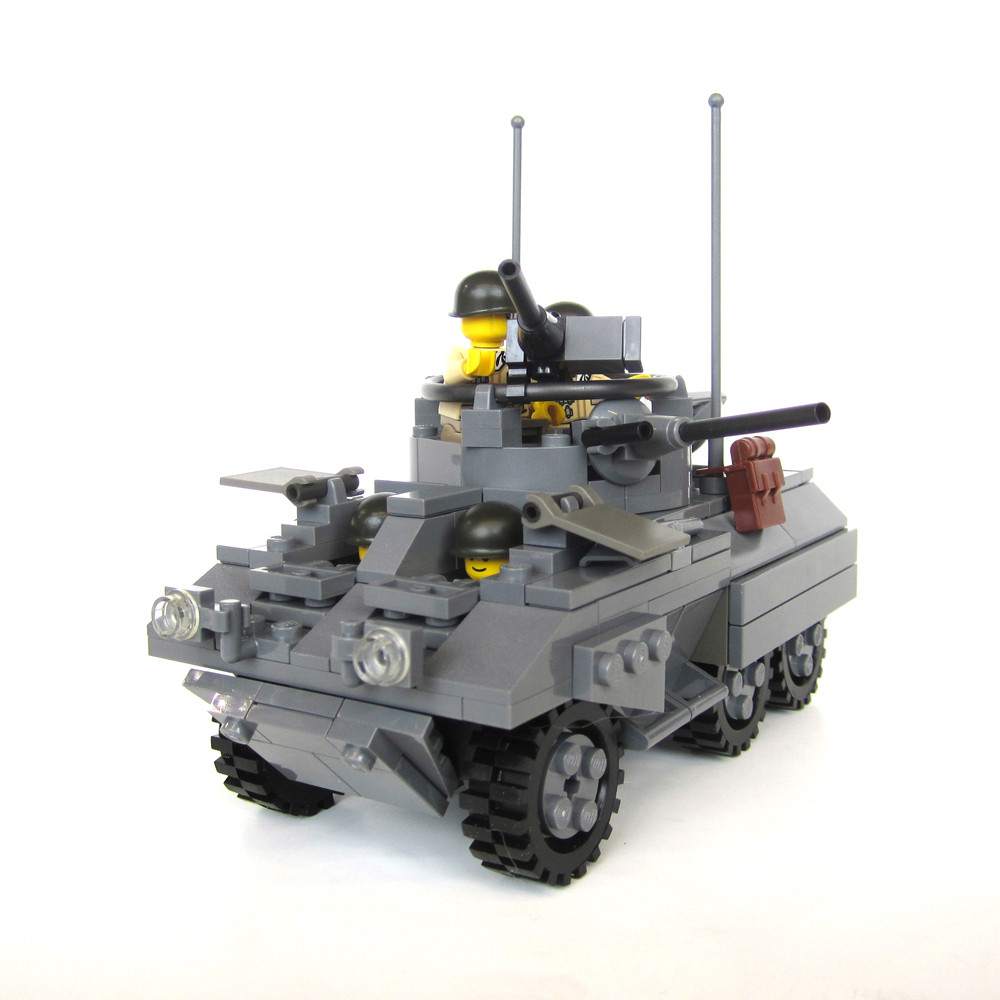 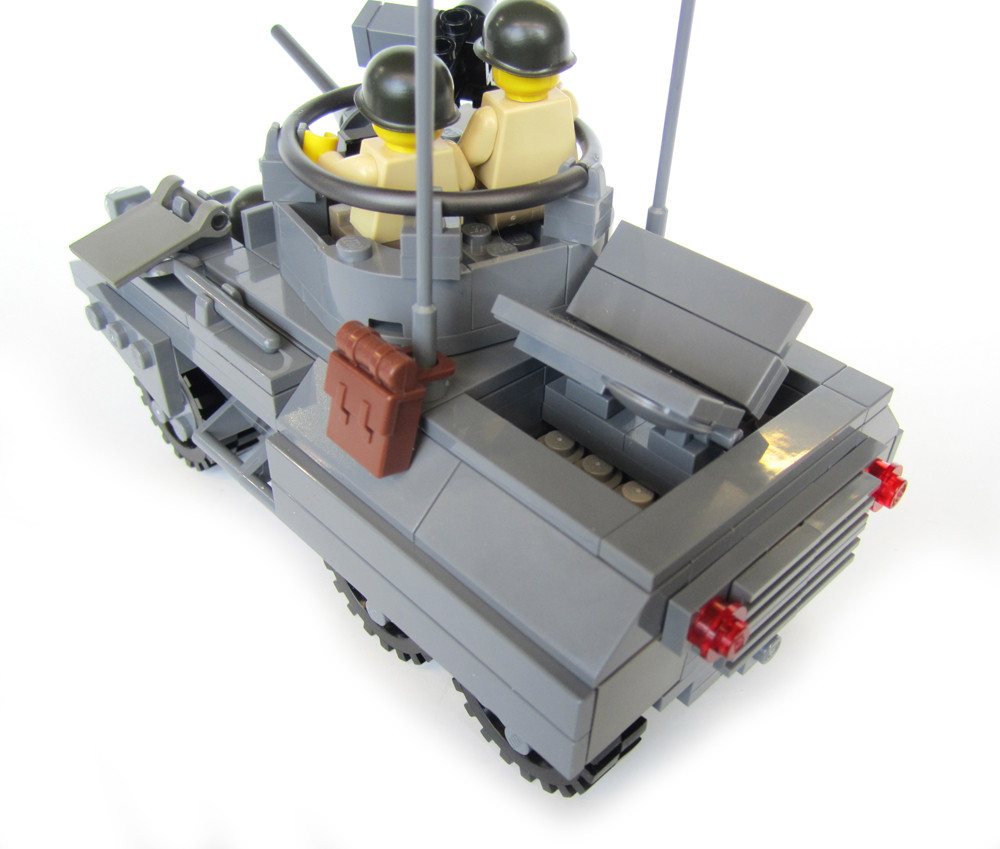 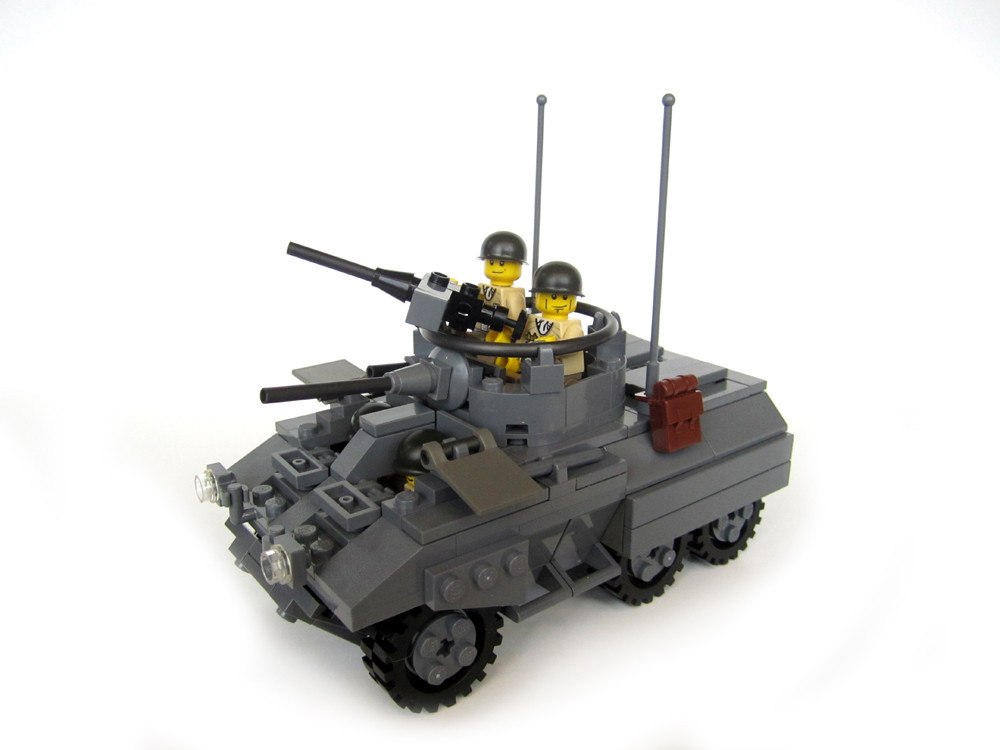 The M8 Light Armored Car was an American made reconnaissance vehicle and tank destroyer made by the Ford Motor Company during World War II. It is a 6x6 wheeled vehicle, with a crew of four and armed with a 37mm anti-tank gun mounted on a central turret. While they were generally considered under-armed against German tanks, and were reported to have poor off-road handling, they were superbly suited as fast reconnaissance vehicles on the roads of Western Europe. The M8 also saw duty in the Pacific theater, where their 37mm guns could easily knock out more lightly armored Japanese tanks. M8's in British service were referred to as the "Greyhound."

This model is built using genuine Lego bricks, including many of the discontinued pre-2004 dark gray color, and comes with four minifigs equipped with BrickArms M1 Helmets. The driver and radio operators' hatches can be completely closed for the a "buttoned up" look and there opening engine access hatches on the rear deck. The turret is fully rotateable and the main gun can be elevated. A Browning M2 .50 caliber heavy machine is also mounted on the pre-made "skate rail" mounting supplied with this kit. The M8's hull has been purposely built hollow so it can be easily converted to a M20 Scout Car by removing the turret and other minor modifications.

This kit comes disassembled and includes completed printed building instructions and is packaged in a sealed box.