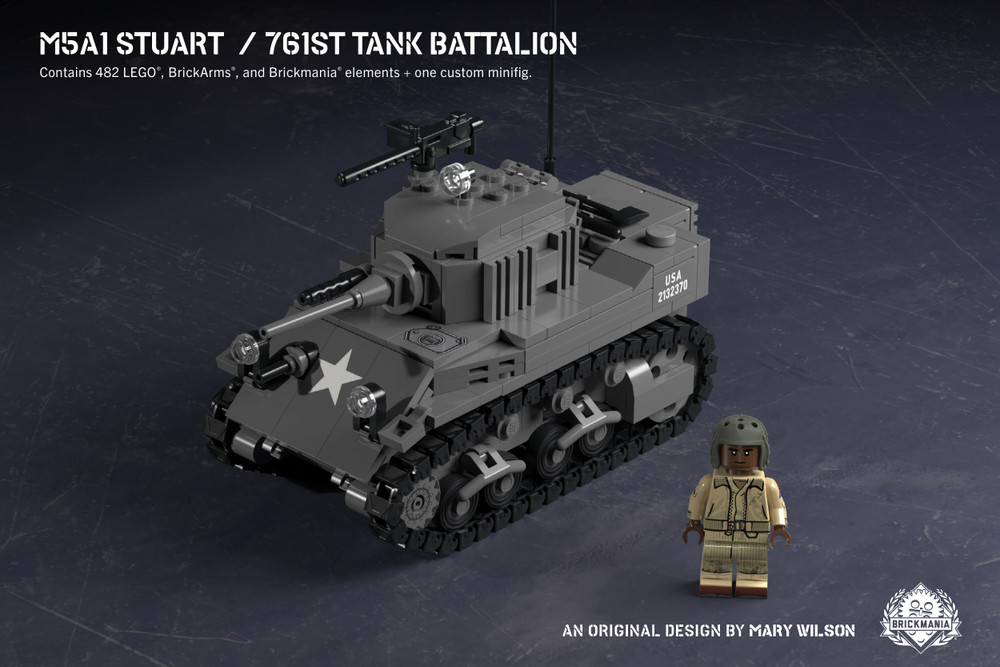 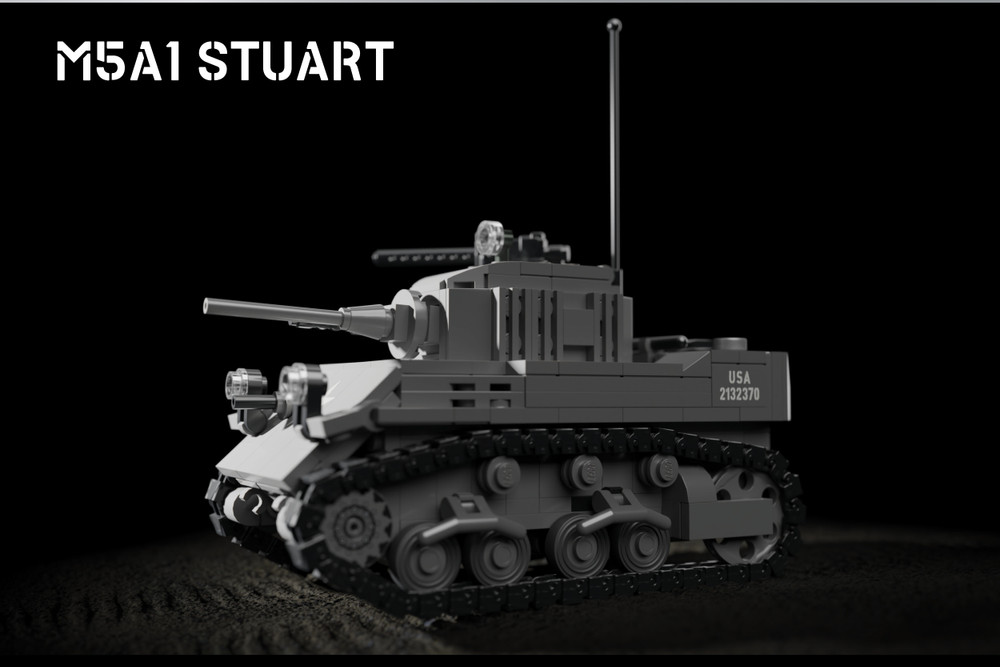 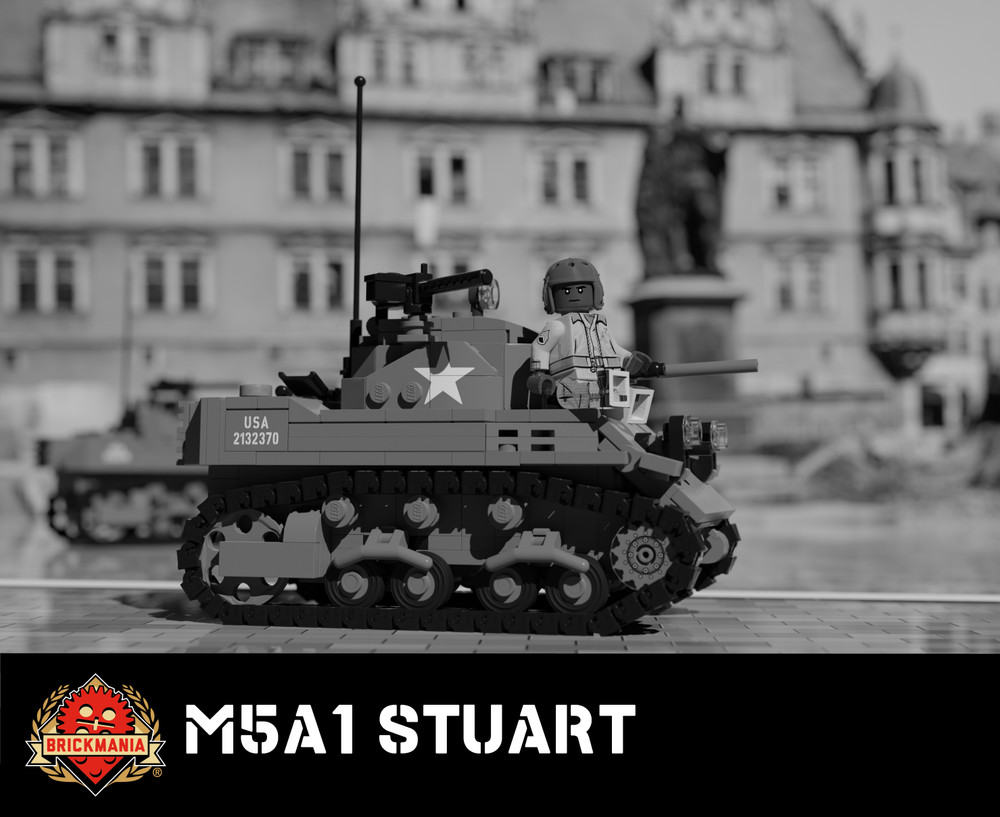 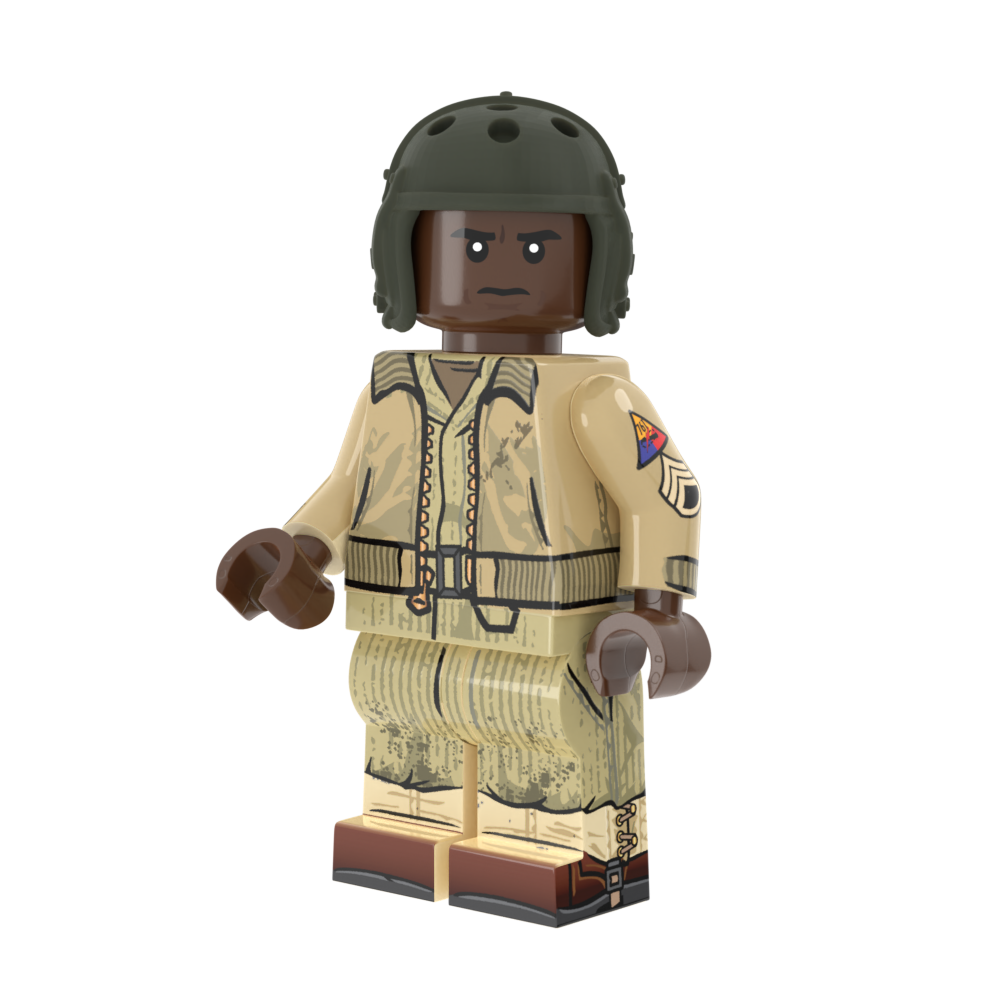 The Stuart line of American light tanks entered combat in 1942 as a part of the North African campaign. For the United States, light tanks were designed to work in conjunction with infantry to provide advanced scouting and close support. The M5A1 was updated over the original M3 Stuart. This version used two Cadillac engines instead of the aircraft engine on the previous model. A redesigned hull improved protection and created more space for its crew. The M5 Stuart still used its predecessor’s 37mm main gun along with three coaxial Browning M1919 .30 caliber machine guns. Though the main gun was underpowered when up against German tanks, in the Pacific the Stuart was an even match against Japanese armor.

The 761st Tank Battalion, known as the “Black Panthers,” was a racially segregated unit that was founded at Camp Claiborne in Louisiana and spent the war fighting in Europe. They came ashore Omaha Beach on October 10, 1944, and moved into Belgium as part of General Patton’s army. The Black Panthers saw their first action on November 7, 1944, at the German-held town of Morville-les-Vic. Led by African American Capt. John Long, the battle of Morville-les-Vic proved to be an inferno. Capt. Long said of his men, “…my men were tigers, they fought like seasoned veterans.” The 761st spearheaded many of Patton’s assaults and were among the first units to link with their Soviet Allies as the war in Europe concluded. 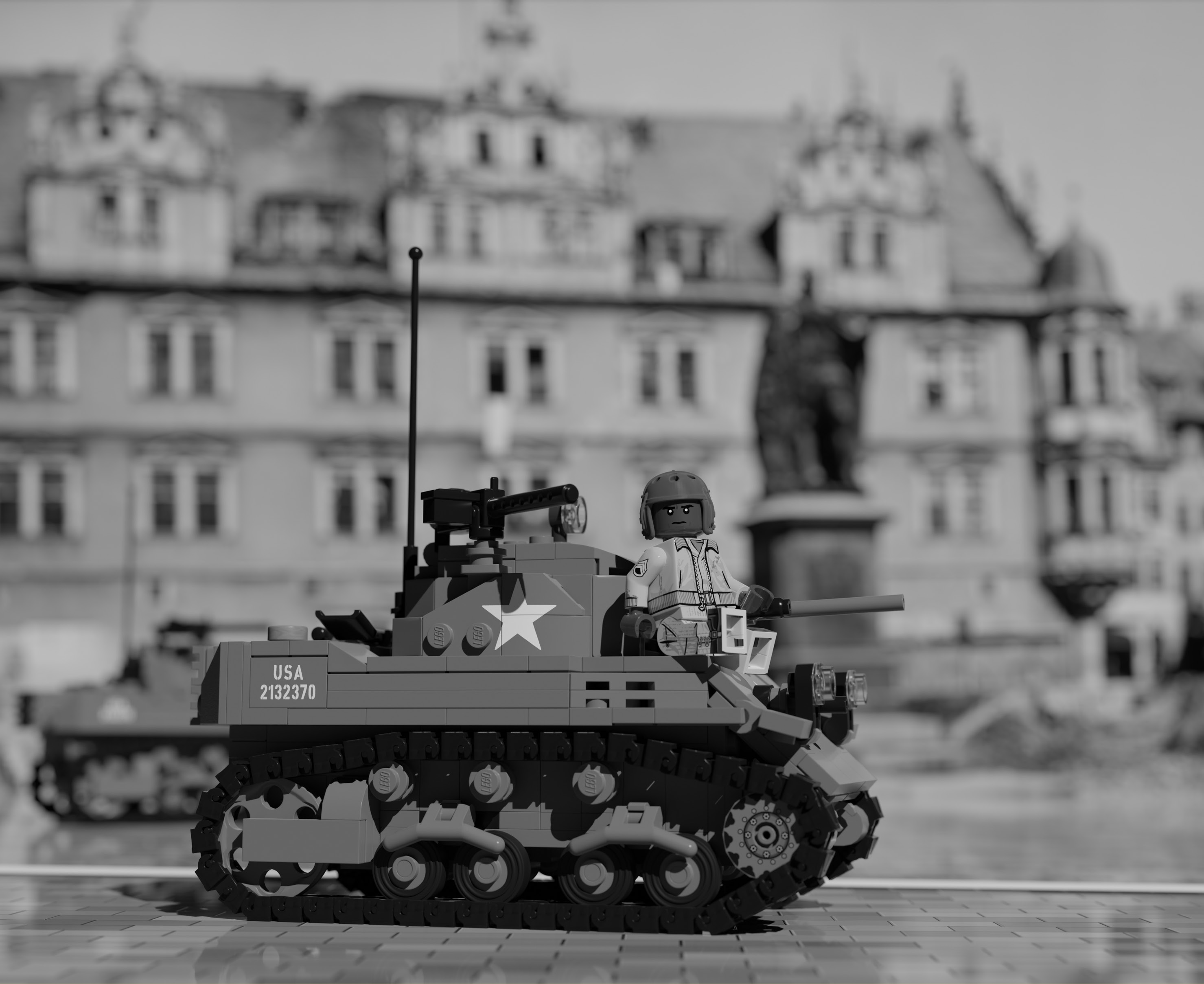