About the M48 Patton MBT:

The M48 Patton was a main battle tank designed and produced in the United States in 1952. It was a further development of the M47 Patton tank, and served in the U.S. Army and Marine Corps as the primary battle tank in South Vietnam. The M48 Patton was the last U.S. tank to mount the 90mm gun with future tanks upgrading to the 105mm gun. It was in service from 1953-1990s in the United States. The Turkish Army currently has the largest number of modernized M48 MBTs with more than 1,400 in its inventory.

The M48 saw extensive action during the Vietnam War with over 600 being deployed. Initial M48s landed with the US Marine 1st and 3rd tank Battalions in 1965. It performed admirably in Vietnam in the infantry-support role, but there were few actual tank versus tank battles. They were later used to sweep for mines in what was called the “Thunder Run” – essentially quickly moving through the land in an attempt to find any possible mines before American troops pushed forward each morning. Mines that struck the M48 rarely totaled the tank. The worst damage would usually be a lost wheel or two. 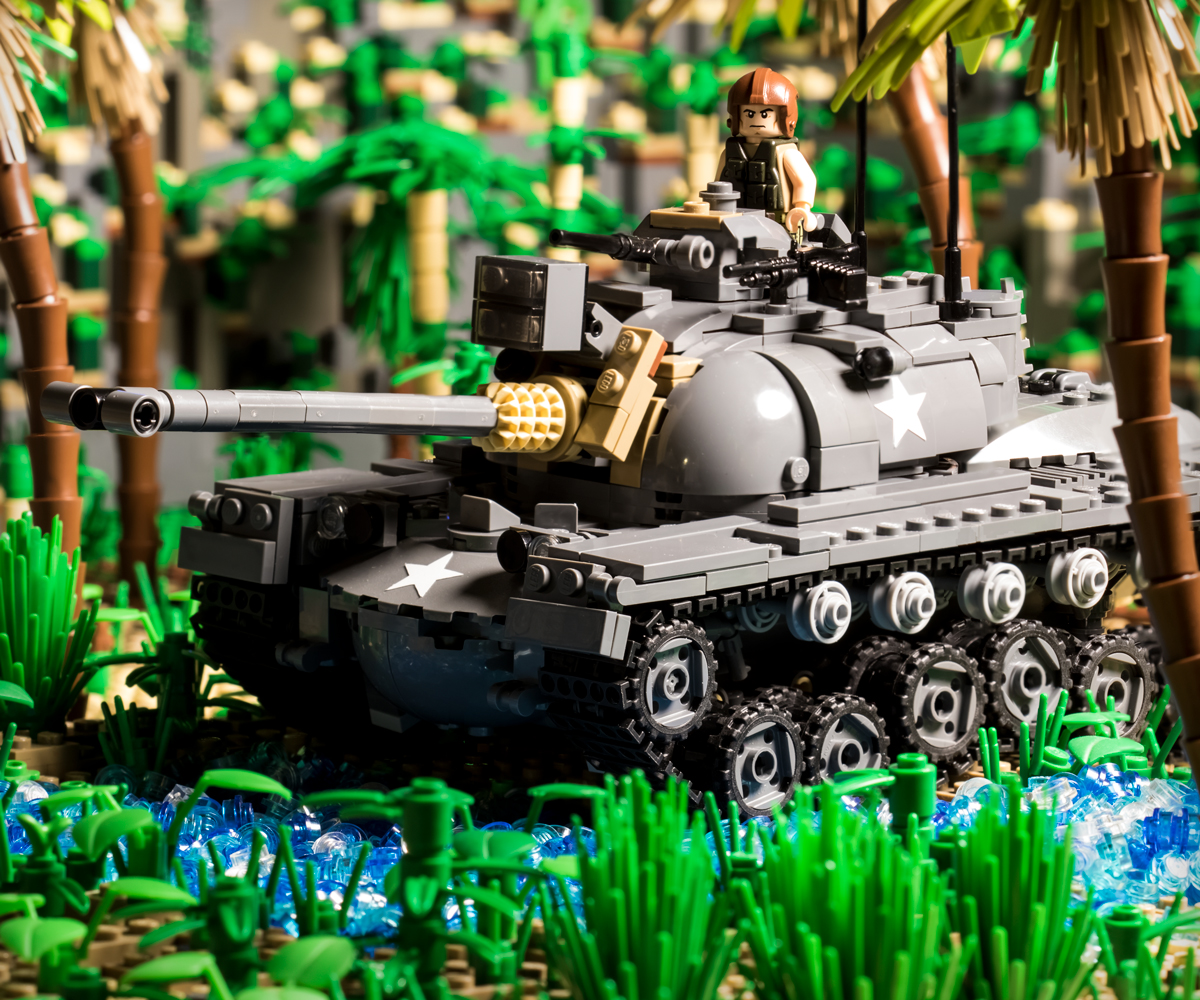 The M48 Patton MBT comes with the following features: