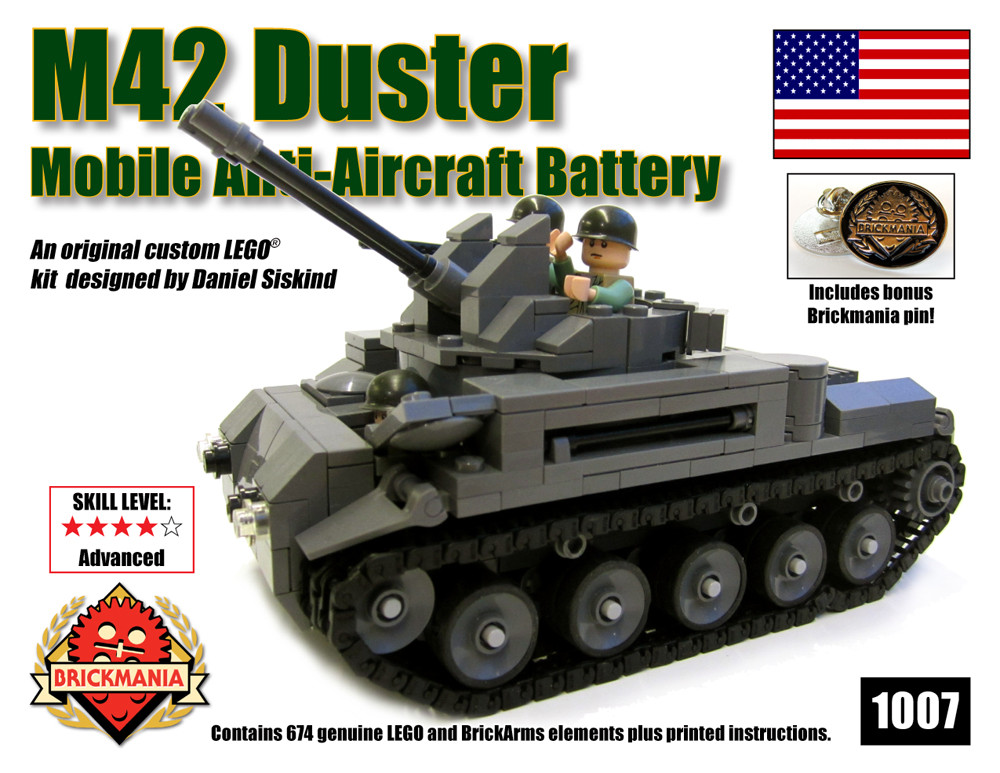 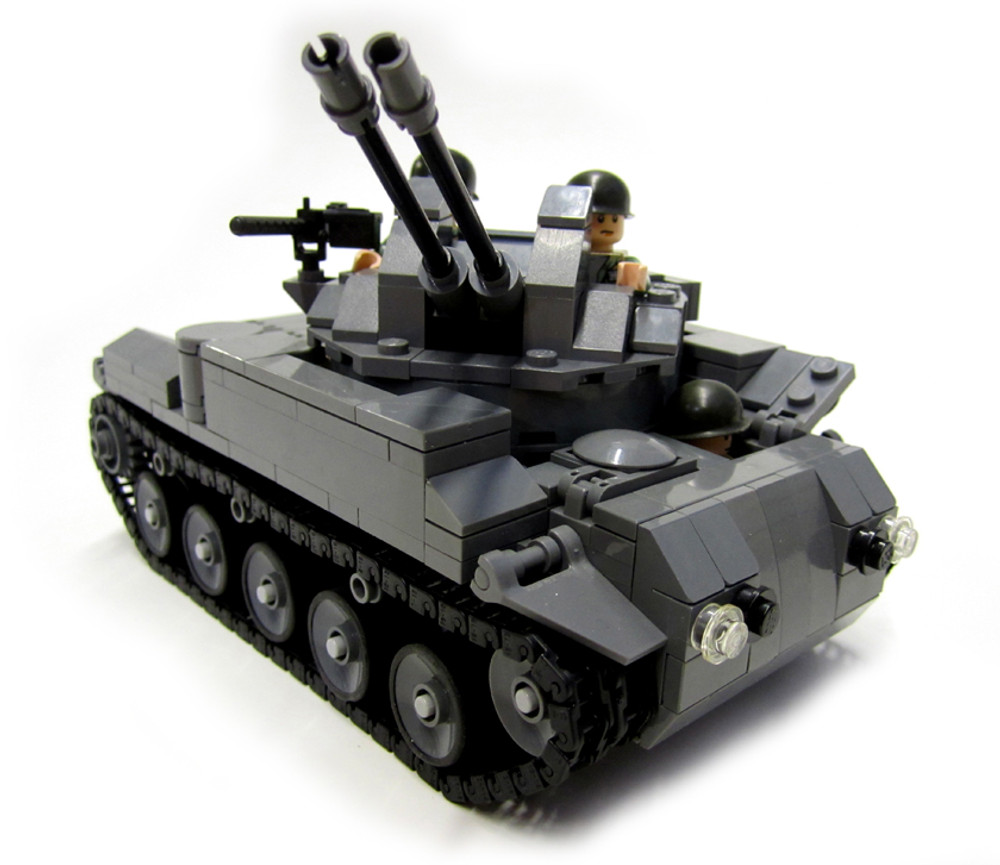 The M42 "Duster" was is a self-propelled anti-aircraft gun that mated a twin 40mm Bofors anti-aircraft cannon on a modified M41 Walker Bulldog tank hull. Designed during the Korean War, the M42 saw extensive action during the Vietnam War, although it was used primarily against ground targets and not in its intended anti-aircraft role. Essentially a giant twin machine gun, the M42 could fire 40mm high exposive shells at a rate of 240 rounds per minute, making this one of the most effect anti-personnel weapons of its day. The M42 was also equipped with one or two M1919 or M60 machine guns for close-up self-defence. It was often used in a convoy protection role and was exceptionally well suited for base parimeter defence. The M42 was fielded by American and Allied forces throughout much of the Cold War, but was phased out of service in most countries during the the 1970s and 80s.

Additional information about this Brickmania custom Lego® kit:
This model is built entirely from LEGO brand bricks and includes three minifigs equipped with a BrickArms M1 helmet and a single BrickArms M1919 machine gun the vehicle. The vehicle hull has two opening hatches and can accomodate a driver minifigure. The vehciles turret is able to rotate and full 360 degrees, and the twin guns can be posed at any elevation.  The kit includes 674 new-condition elements plus printed building instructions and is shipped unassembled in a sealed box.

This kit has a skill rating of Advanced due to the difficult process involved with adding the rubber tires to the road wheels. The model can also be assembled without the rubber tires.