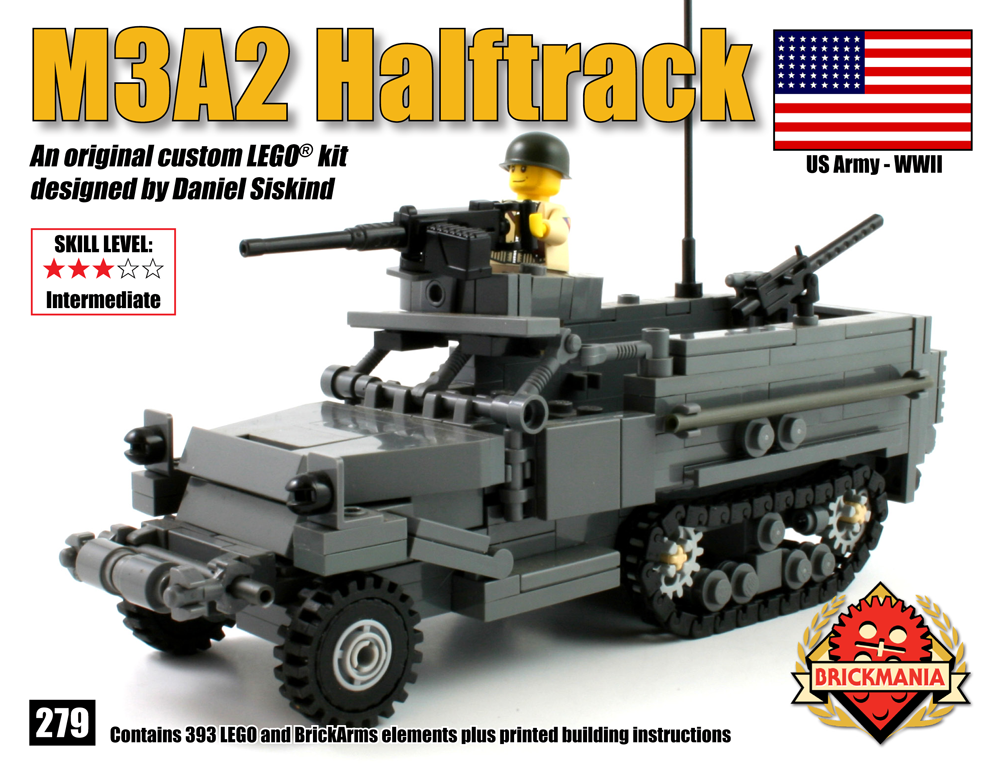 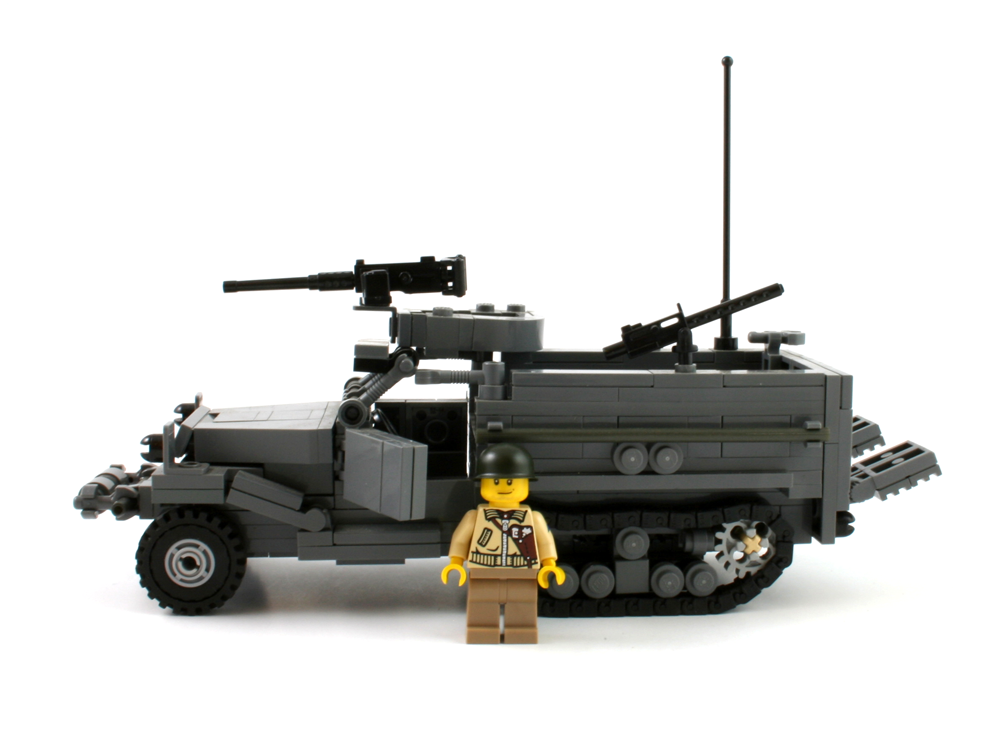 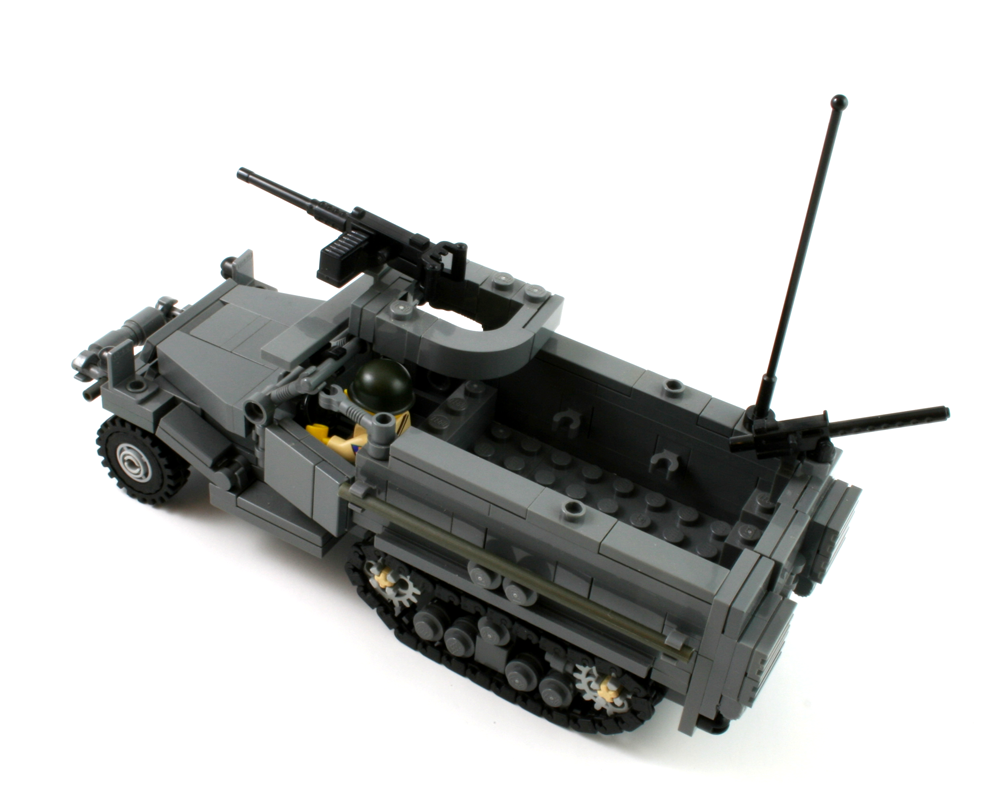 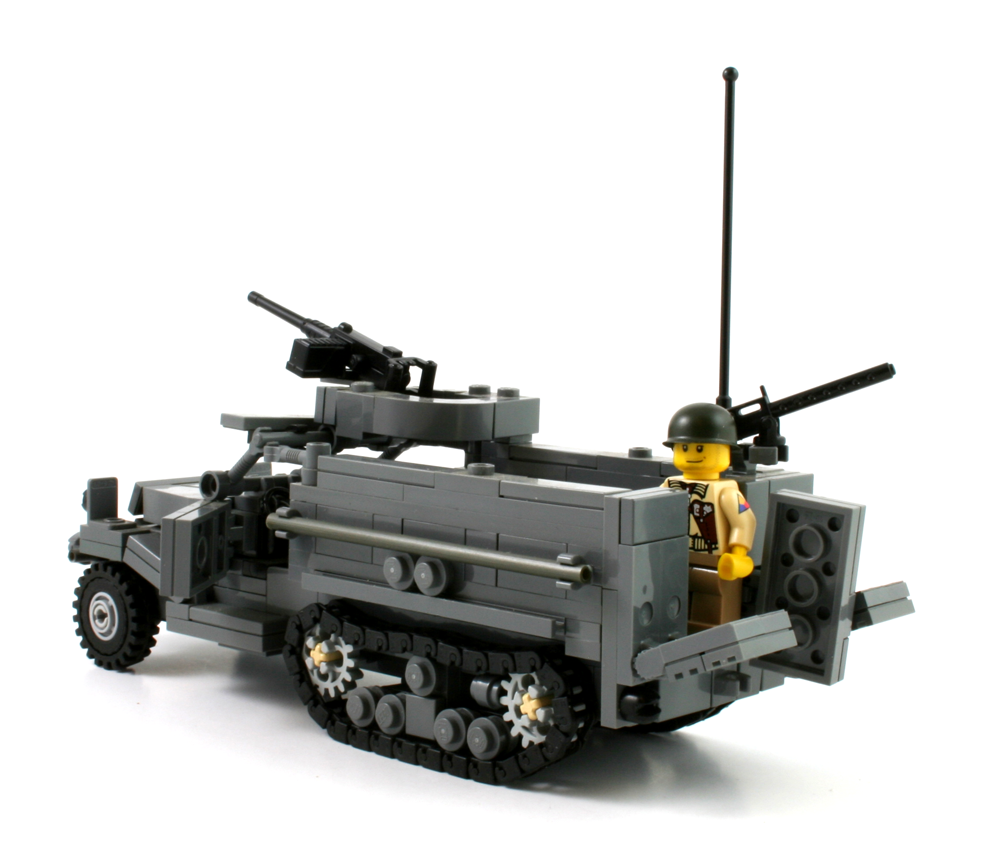 M3A2 Halftrack was the standardized troop-carrying vehicle for all American armored infantry squads in World War II. It was armed with the powerful Browning M2HB .50 caliber machine gun in it's "pulpit" mount had three pintle mounts for a M1919 .30 caliber machine gun in the troop compartment. Designed specifically to keep up with the highly mobile Sherman tank, the M3A2 Halftrack was fast, reliable and rugged vehicle thaty could convey an entire infantry squad forward into battle. This vehicles comes from the M2/M3 family of half tracked vehicles, of which thousands were built for the US and Allied armies during World War II.

This Brickmania model kit is made from genuine unused LEGO bricks and is shipped disassembled. Also included are full-color printed building instructions and is packaged in a sealed box.