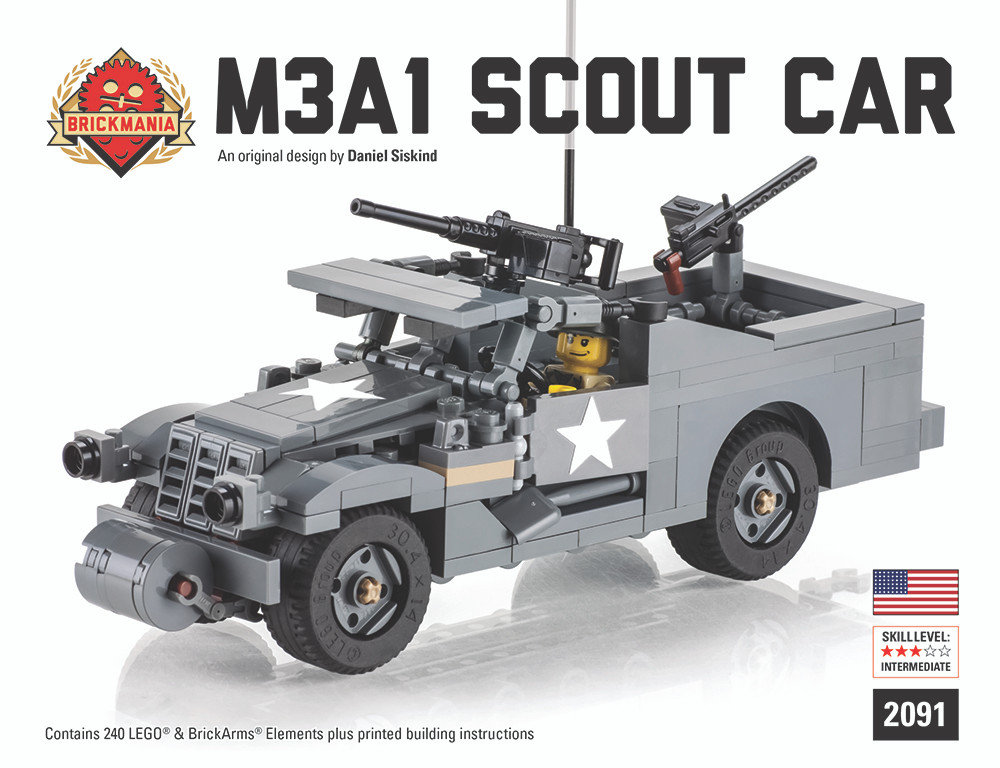 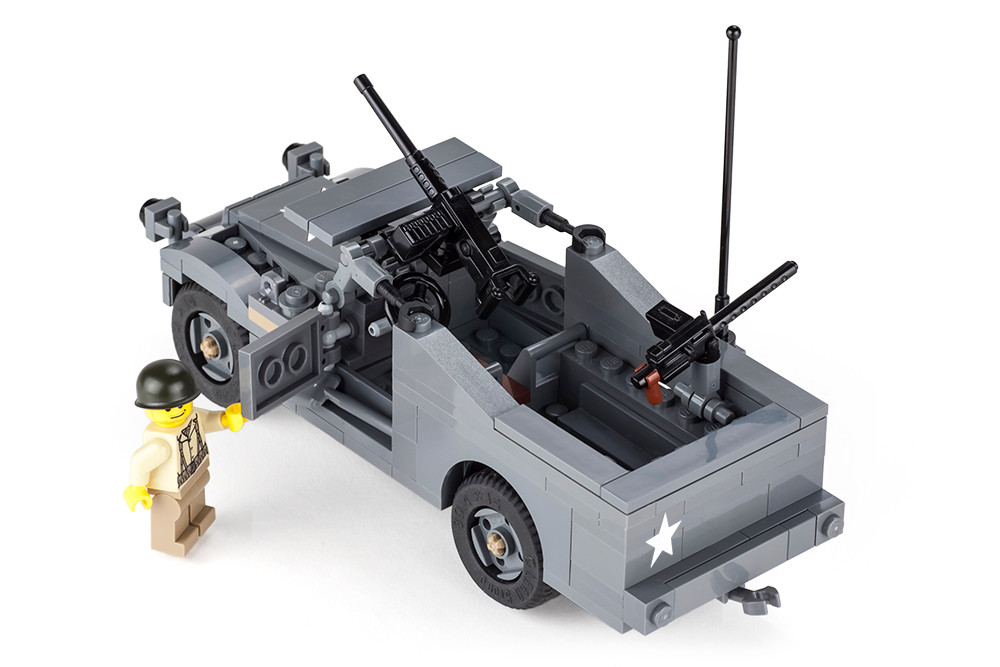 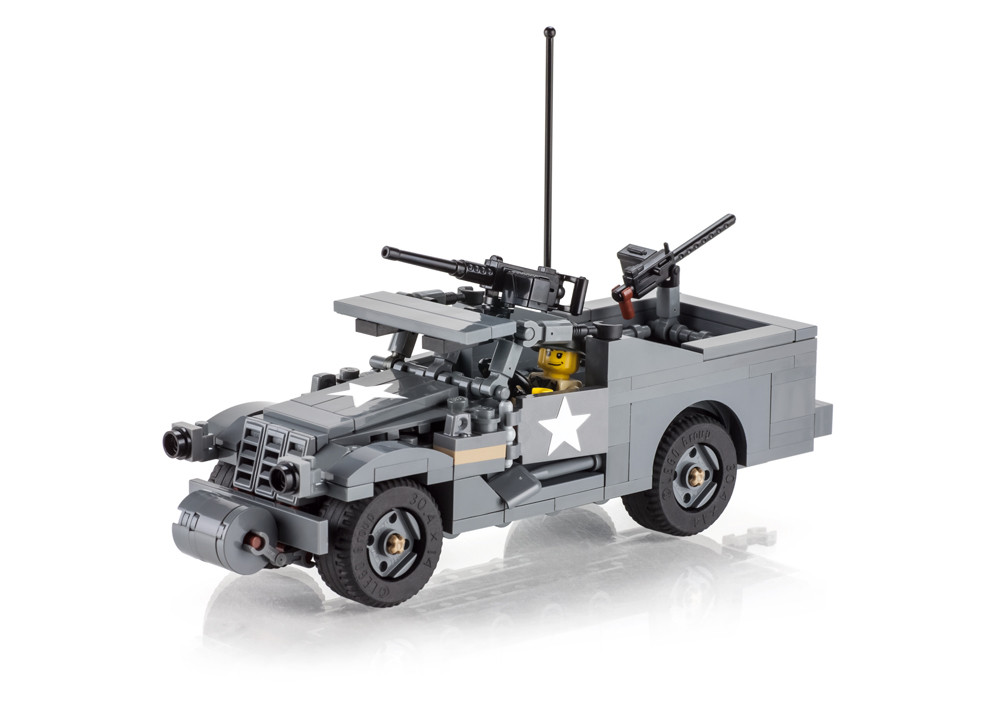 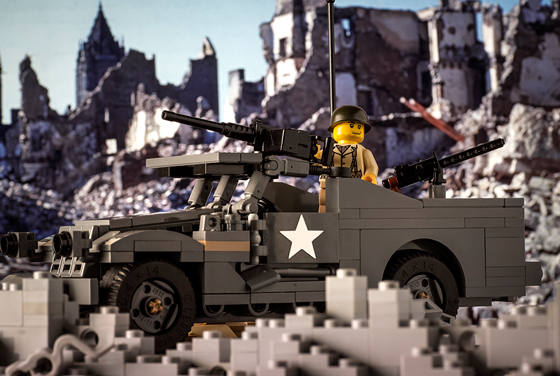 The M3 series of armored cars was used in various theaters during WWII. The A1 class was used as a scout car for the US Army in the North African campaigns. It also saw combat use during the invasion of Sicily, as well as in Normandy. In addition to it's use as a scouting vehicle, the M3A1 was also used as an ambulance, a gun tractor, as well as a vehicle for command and patrolling.

The M3A1's design differed from it's predecessor, the M3, in the way of a bigger hull. The Scout Car was capable of carrying up to seven infantrymen, and provide fire support through the use of one .50 caliber and up to two .30 caliber machine guns. It was equipped with an unditching roller, full-time 4WD, and power brakes, which were unusual for the period. The hull was protected with two armored plates ranging from .25 to .51 inches in thickness. While the leaf-spring suspension prevented these vehicles from being fully off road, they saw plenty of action in the Tunisia, and they were proven to be effective scouting vehicles during that time.

Make sure to stock up on WWII US Riflemen to crew the guns of your M3A1 Scout Car. 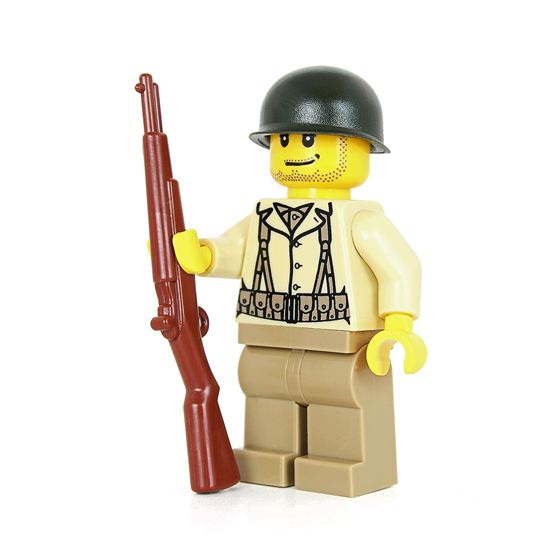