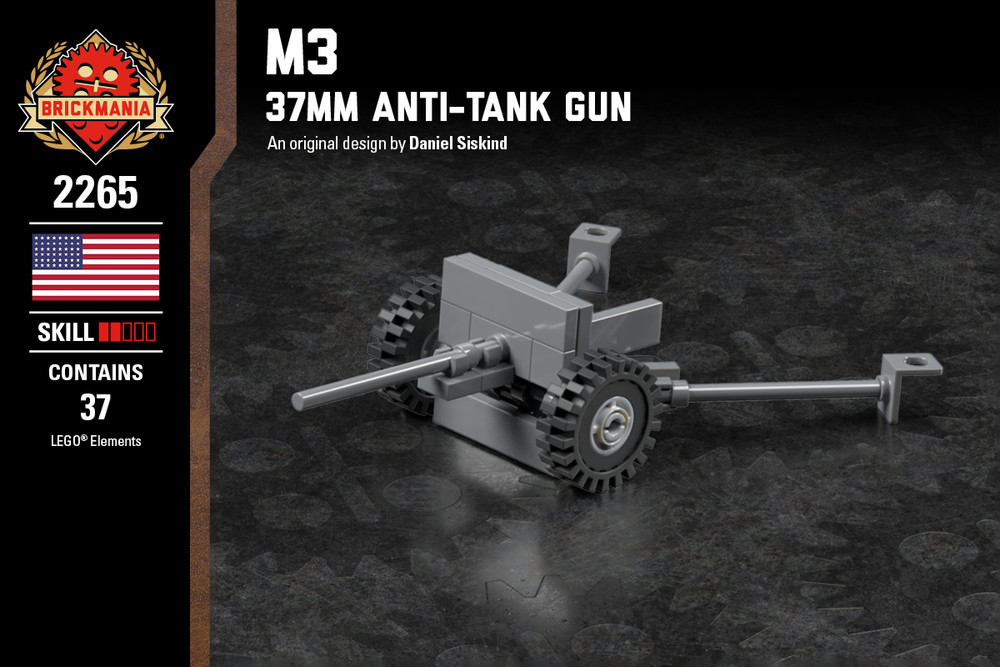 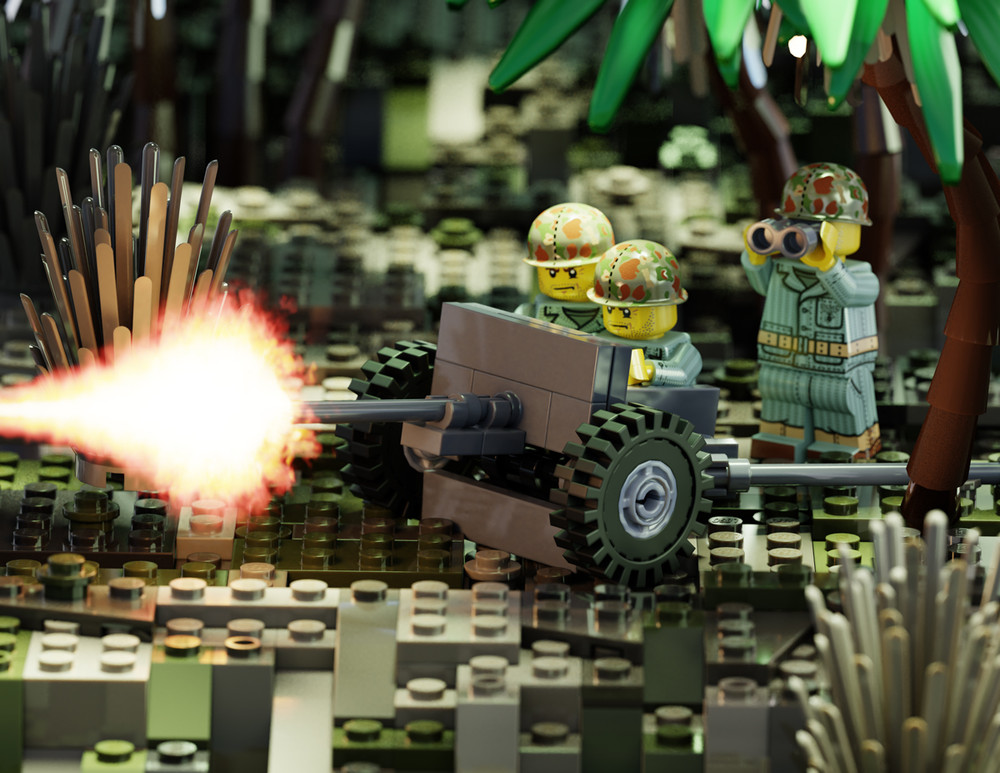 Produced in late 1938 as a combination of the T10 gun and T5 carriage, the M3 was designed to be towed by a light utility vehicle. The M3 was used widely at the beginning of WWII and was exported to China, the Soviet Union, Britain, France, and others under the Lend-Lease program. First entering combat in 1941, the M3 played a significant role in the Guadalcanal Campaign and remained in use in the South Pacific throughout the war. However, it was phased out in the European theater as enemy tanks became larger and better armored later in the war. 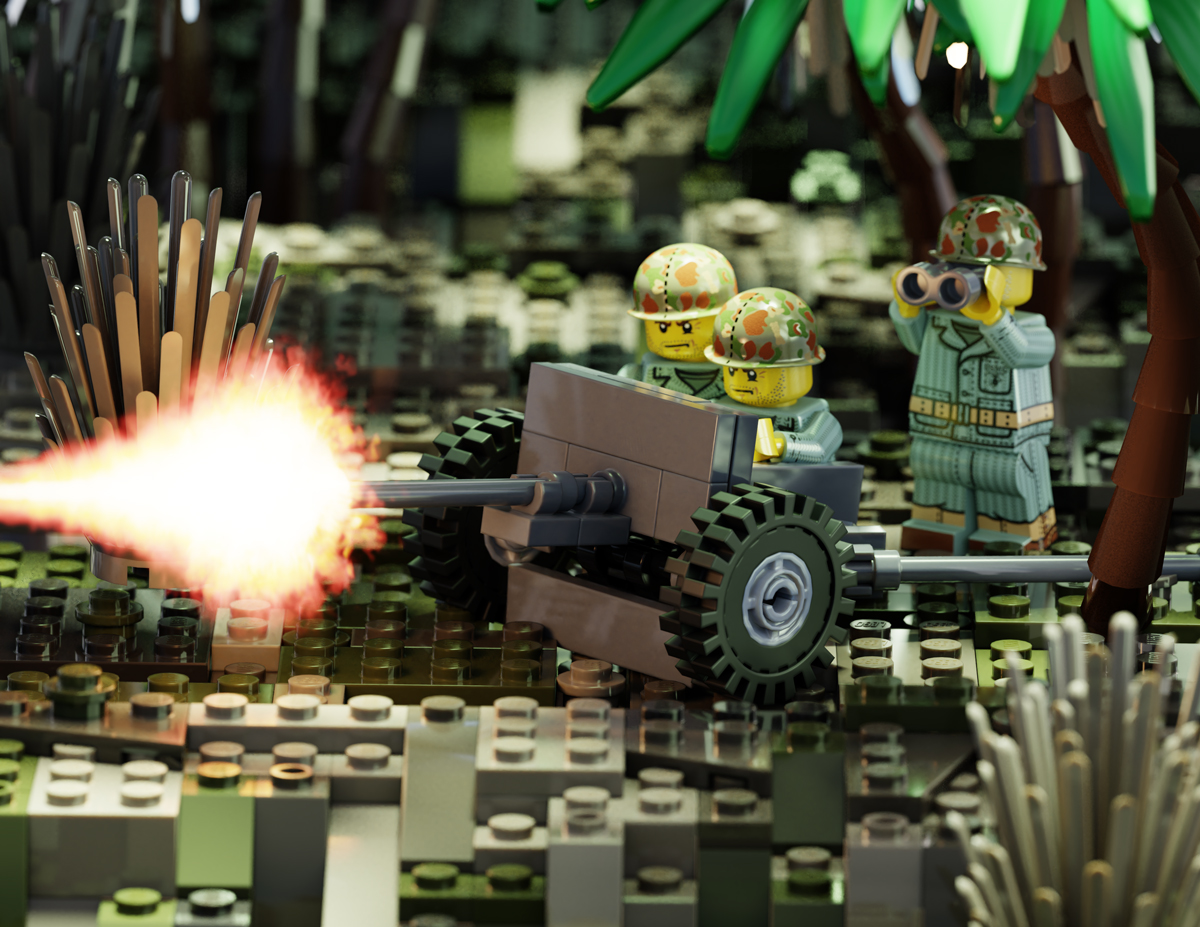 Featuring a detailed breach and accurate armor guard, the M3 includes elevating barrel and posable stabilizers that easily connect to other models (such as the WWII 4x4 Utility Vehicle) for towing.