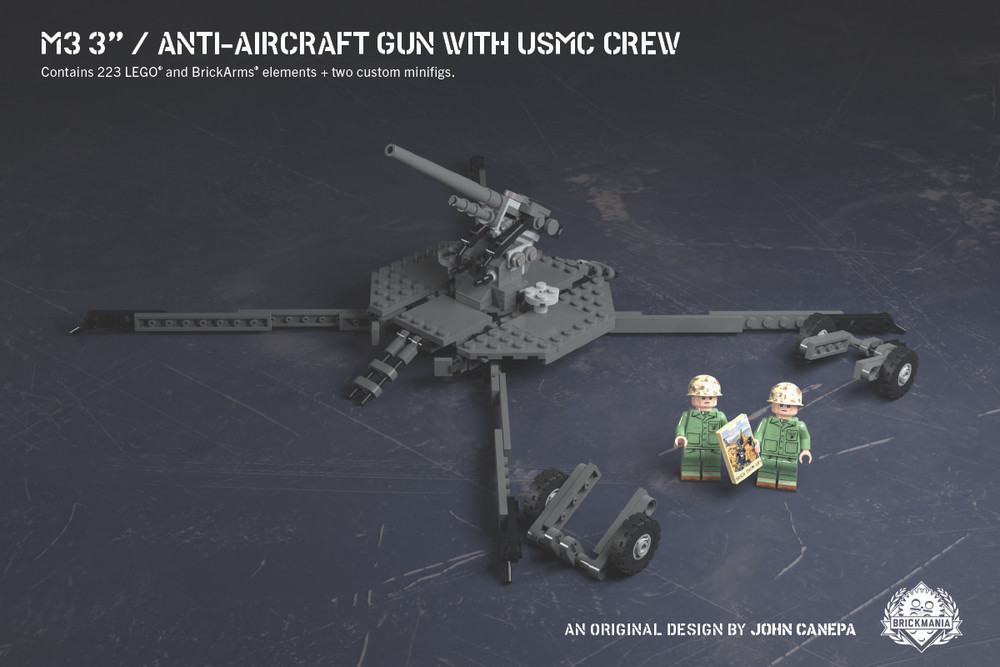 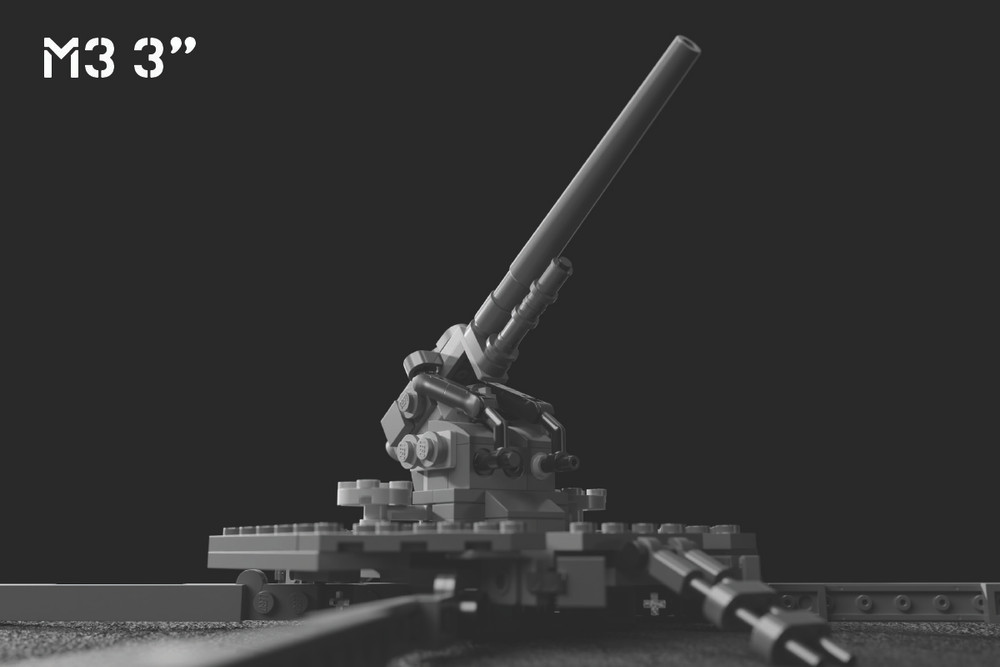 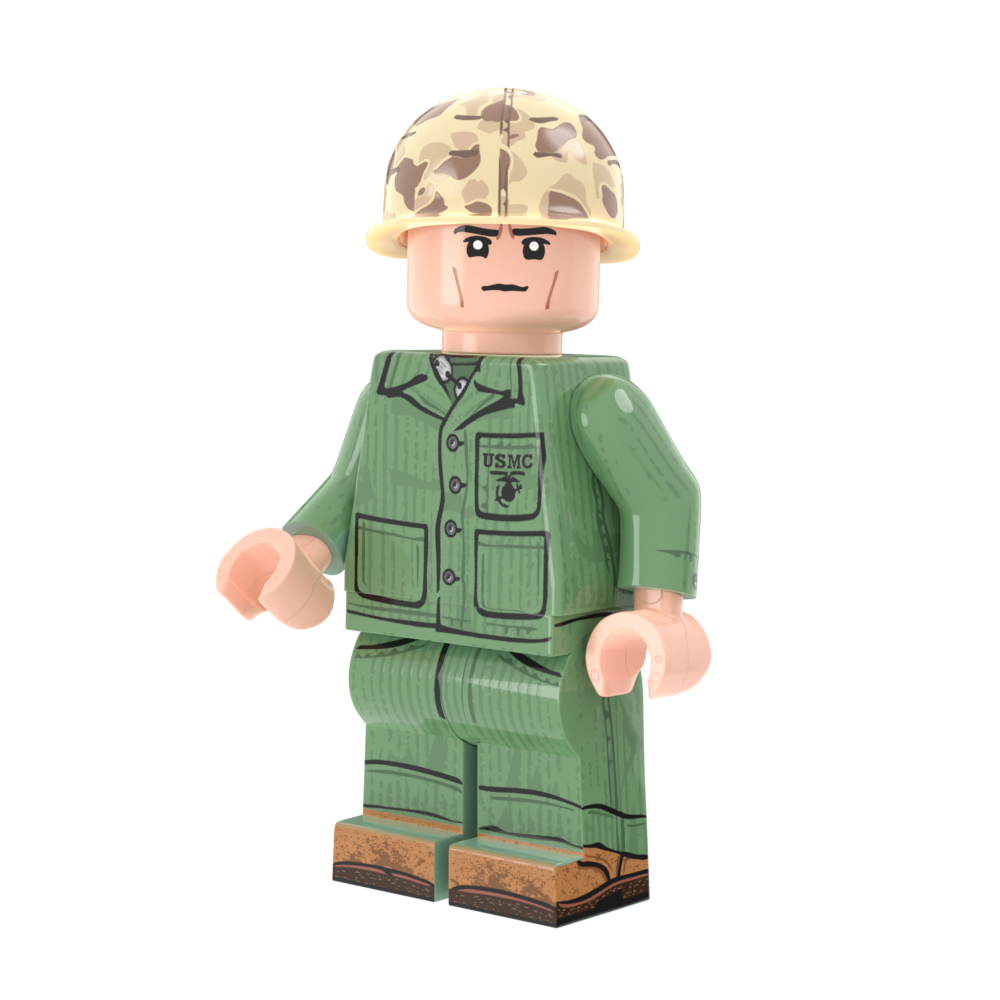 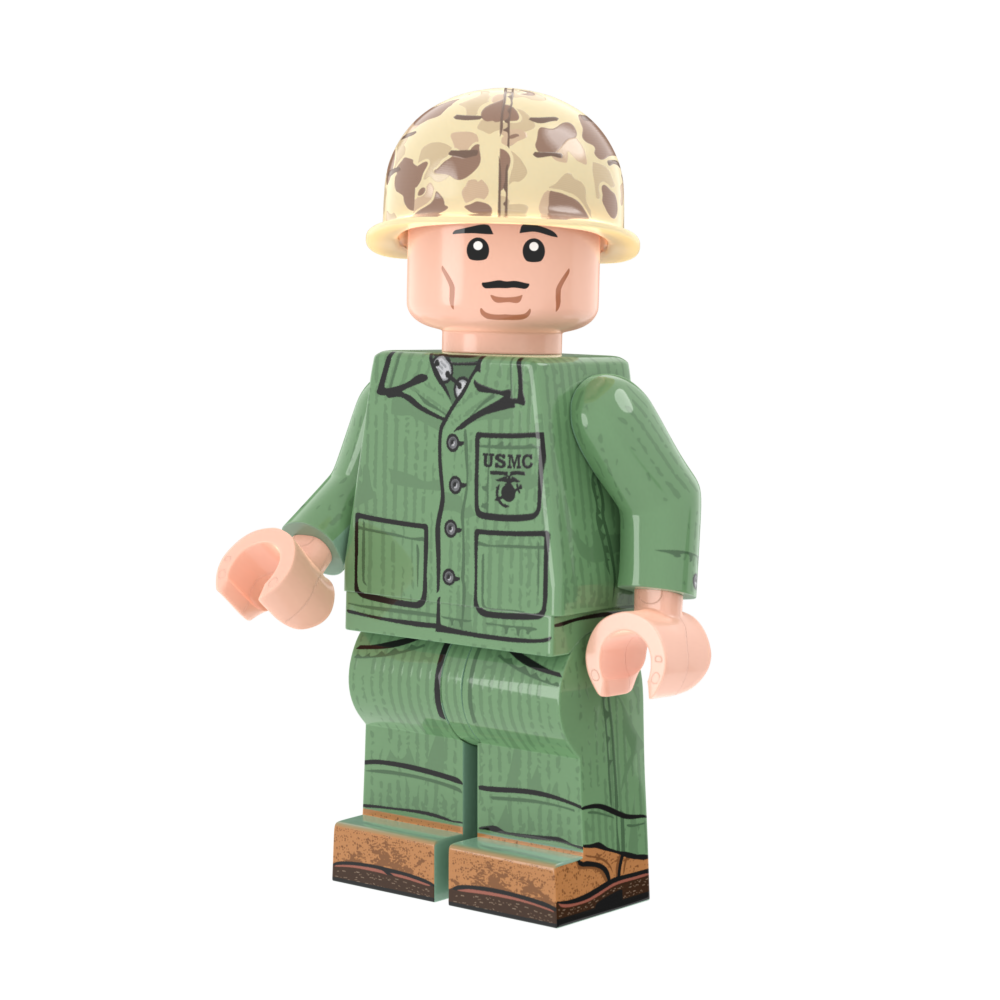 About the M3 3" / Anti-Aircraft Gun with USMC Crew:

Derived from the World War I era M1918 anti-aircraft gun—the first of its kind for the United States—the M3 was used by the Army and Marine Corps at the start of World War II. As aircraft advanced during the interwar period, the guns used to fend them off also needed upgrading. Early models of the M3 required reboring after extended use. This degraded accuracy, so in 1928 replaceable bore liners were introduced. The 3-inch gun had a vertical range of 27,000 feet and used a system of optical stereoscopic range finders that linked to two telescopes that inputted direction and elevation. This information was then plugged into a Sperry M2 mechanical analog computer which also took wind direction and speed, air density, and muzzle velocity into account. All together, a team of nine were required to input all of the information correctly.

M3 guns and ancillary equipment were organized into four-gun batteries. At the onset of World War II, these anti-aircraft guns dotted the landscape of the United States’ Pacific territories. They were put to great effect against the invading Japanese forces. On Midway, the M3 guns and the Marines that used them fended off Japanese attack, saving many of the structures on the island and giving time for U.S. carrier forces to sink the Japanese carriers.

This detailed kit brings smooth rolling wheels in transport mode and deployable stabilizer legs in its firing position. The included anti-aircraft gun crewmen and firing platform make this a must-have piece of artillery for your desk defense division.