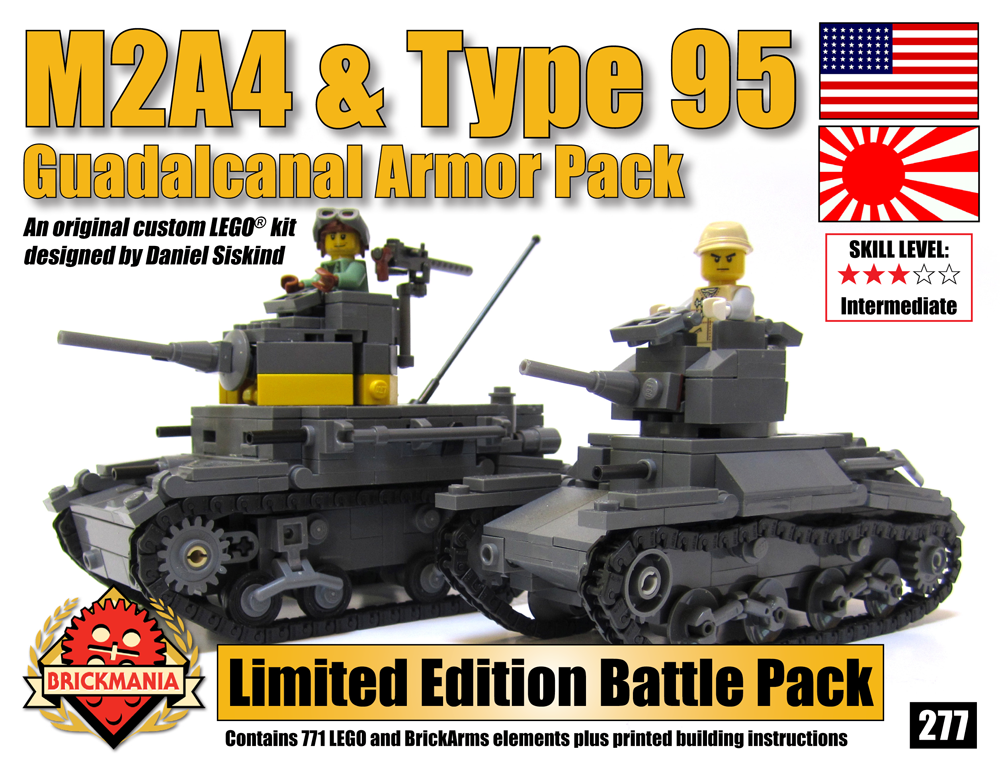 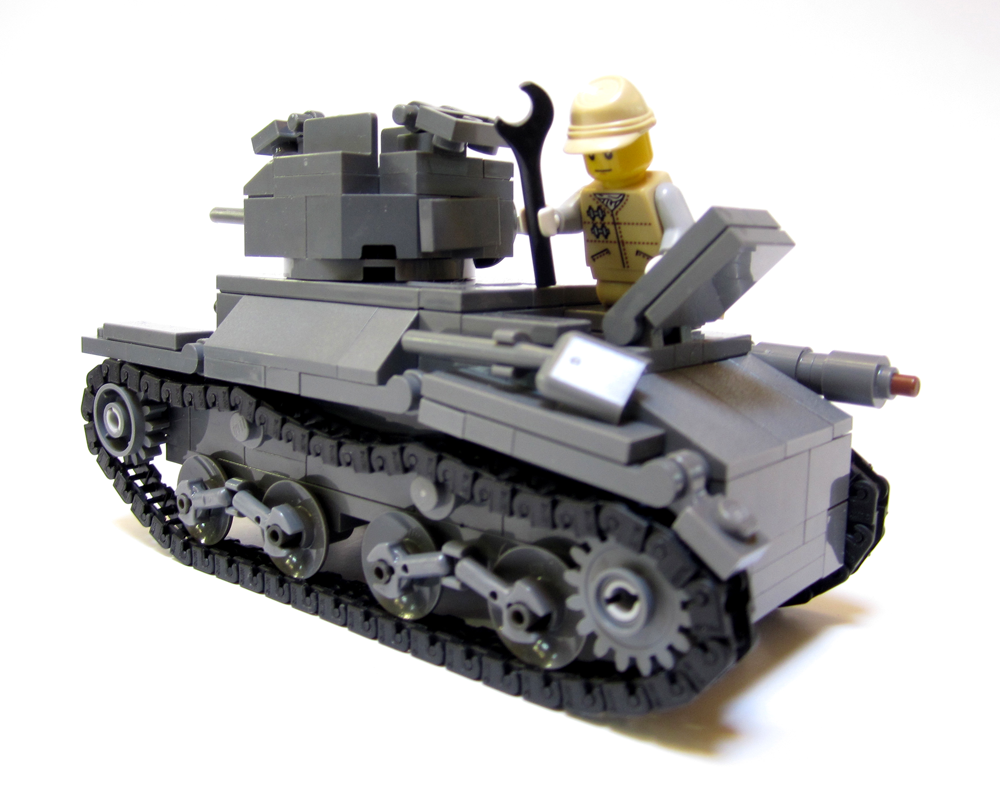 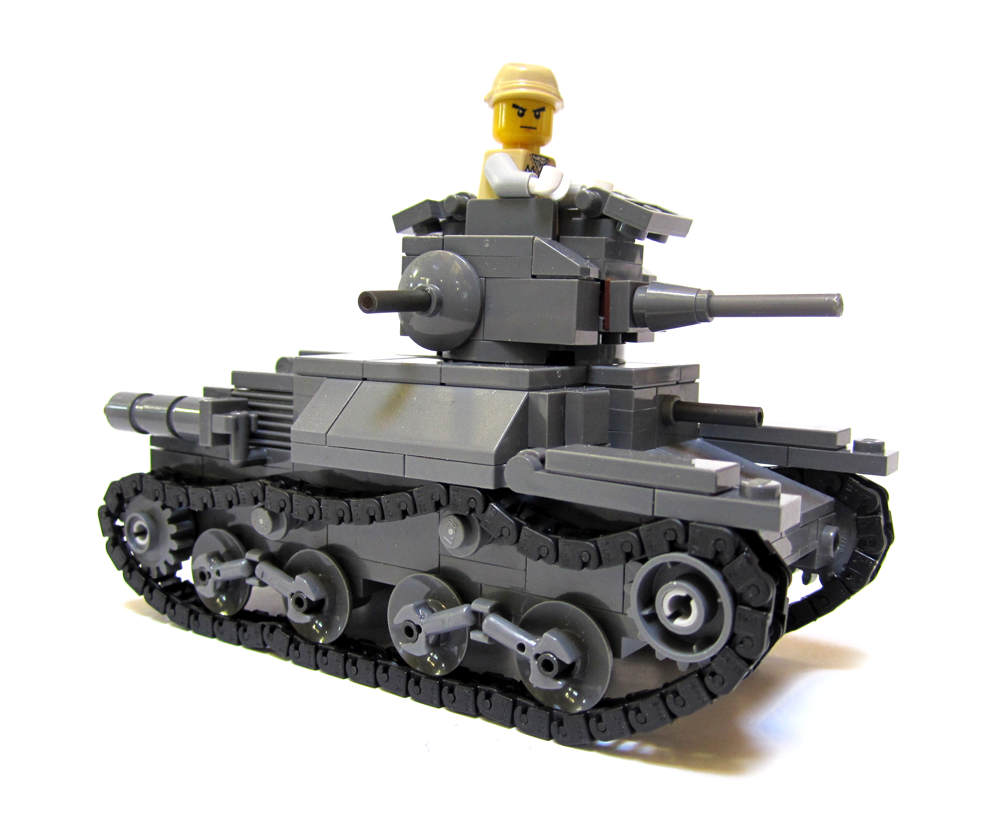 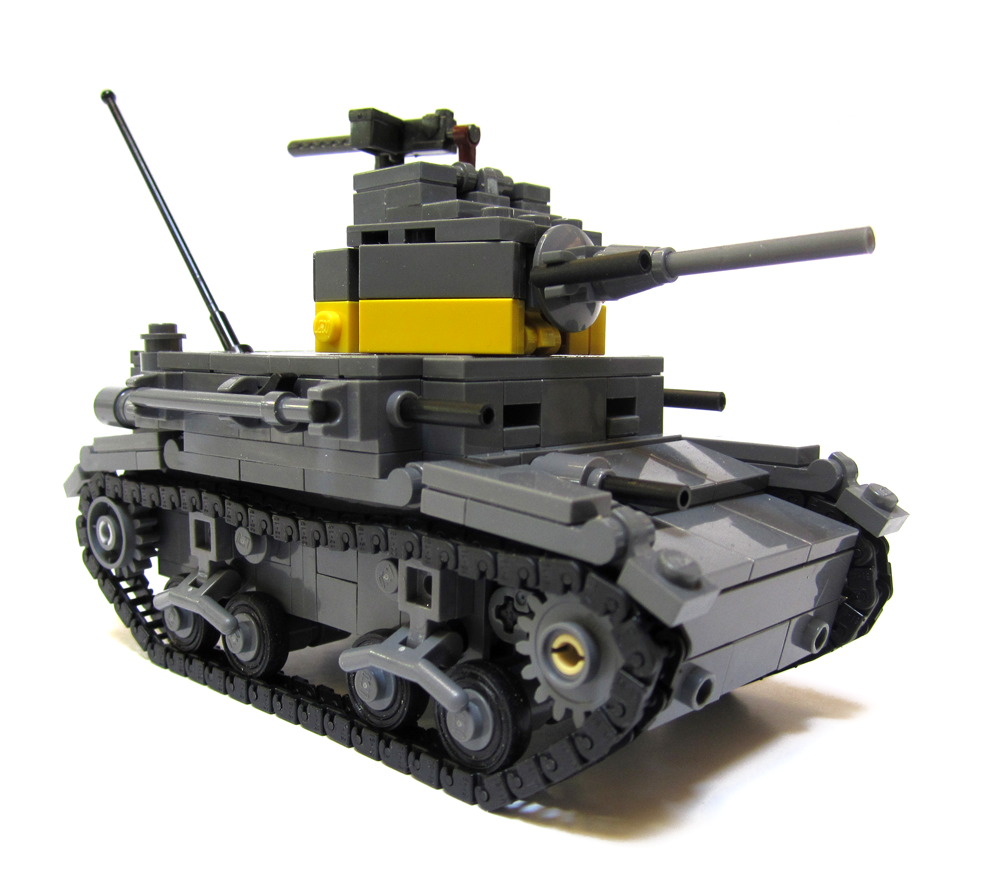 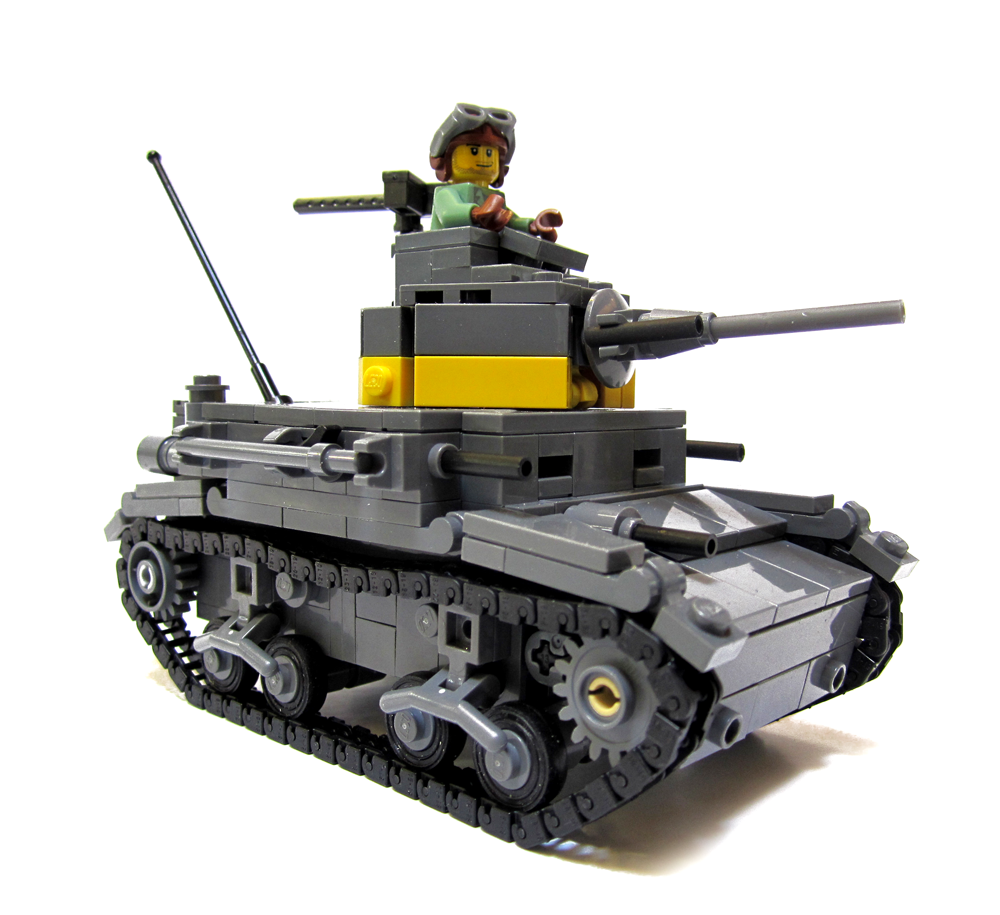 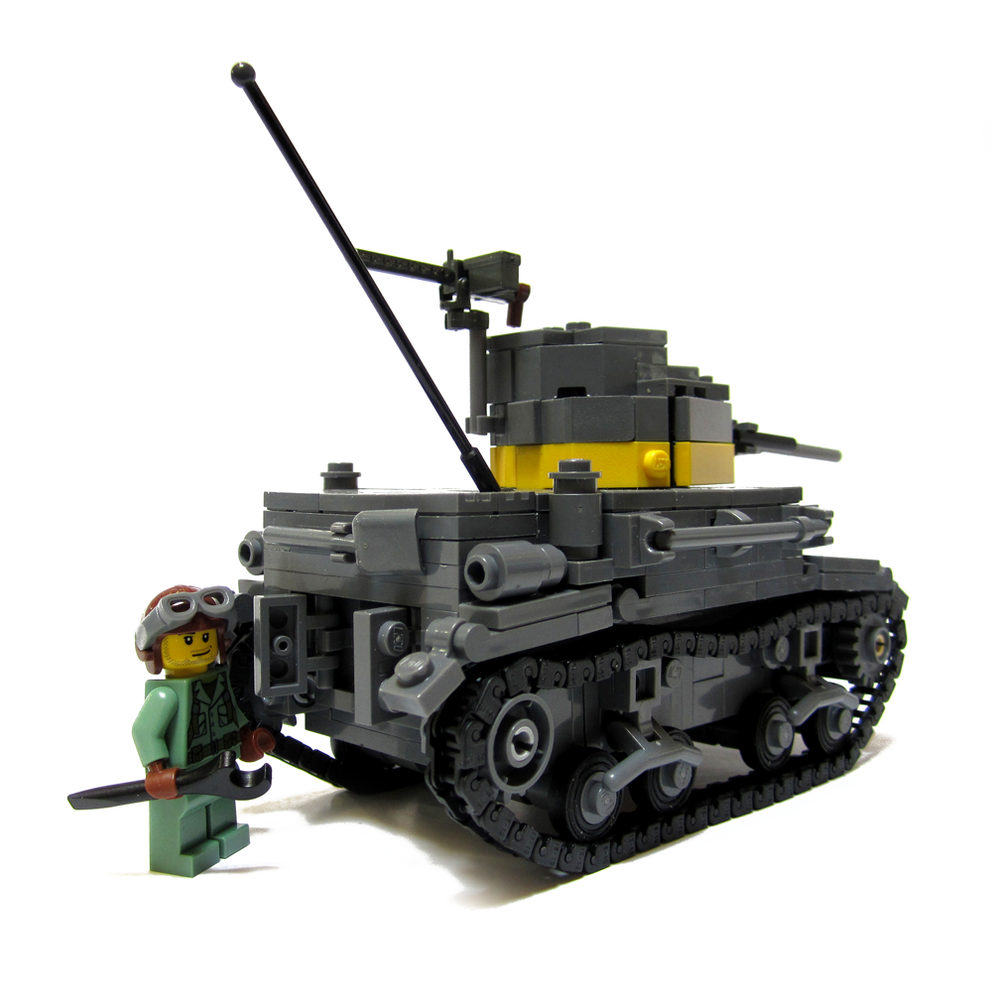 The Battle for Guadalcanal marked a turning point in the Pacific Theater of World War II. Not only was it the Allies first offensive action against the expanding Japanese empire, it was also the first major Allied victory, albeit a costly one. Both sides poured vast quantities of military resources into the long and bloody campaign for this strategic South Pacific island and neighboring atolls. For the US Marines, it was the first test of their new combined arms strategy, where light tanks would provide fire support for lightly equipped riflemen. At the early stage of the war, this included pre-war the M2A4 Light Tank, a direct forerunner of the venerable M3 Stuart. The Japanese also employed armor on Guadalcanal, including numerous Type-95 "Ha-Go" light tanks. The M2A4 and Type-95 were very comparable in many ways, including both being armed with 37mm main guns, and similar automotive performance and armor protection. Though similar on paper, there was in reality a slight advantage going to the American design in all characteristics. Both the M3/M5 Stuart (based on the M2A4) and Type-95 light tanks would be upgraded continually and see service throughout the war. Because of their respective historical importance, we have chosen these two tanks to be combined into a single limited edition "Armor Pack" as part of our new series of Pacific Theater of Operation (PTO) themed models.

The Gaudalcanal Armor Pack has the following features:

All Brickmania model kits are made of new-condition LEGO bricks and this one includes compatable weapons by BrickArms. This model comes disassembled and includes completed printed building instructions and comes packaged in a sealed box. This is a strictly limited edition Armor Pack.