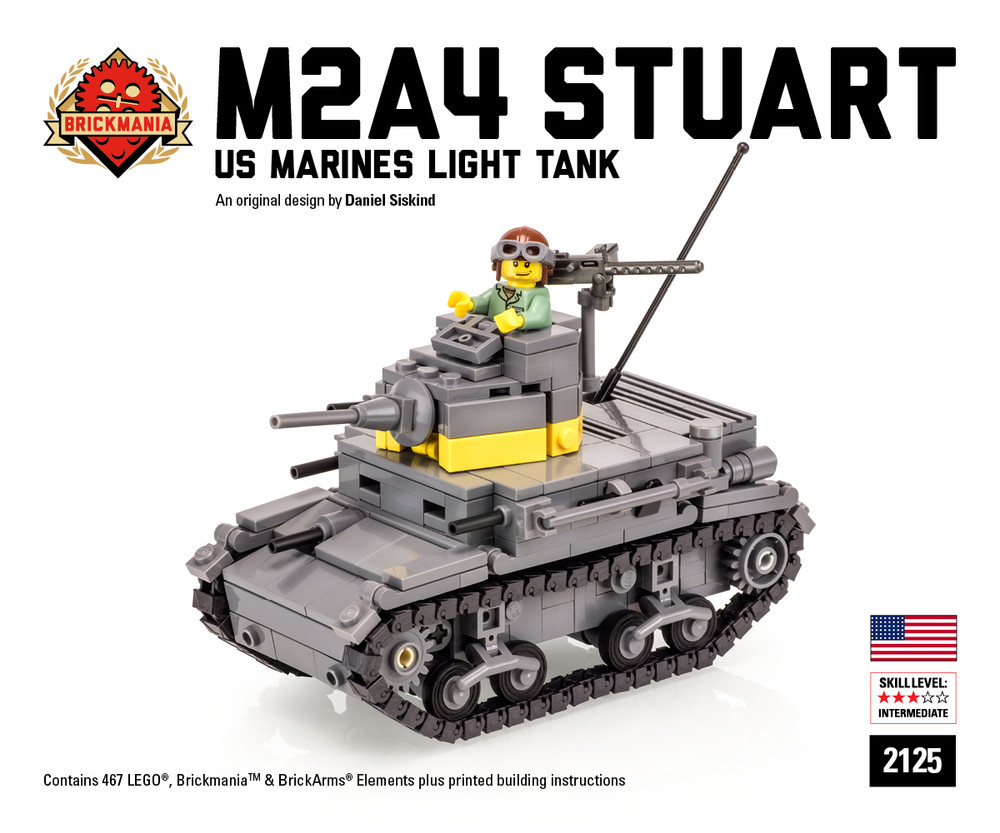 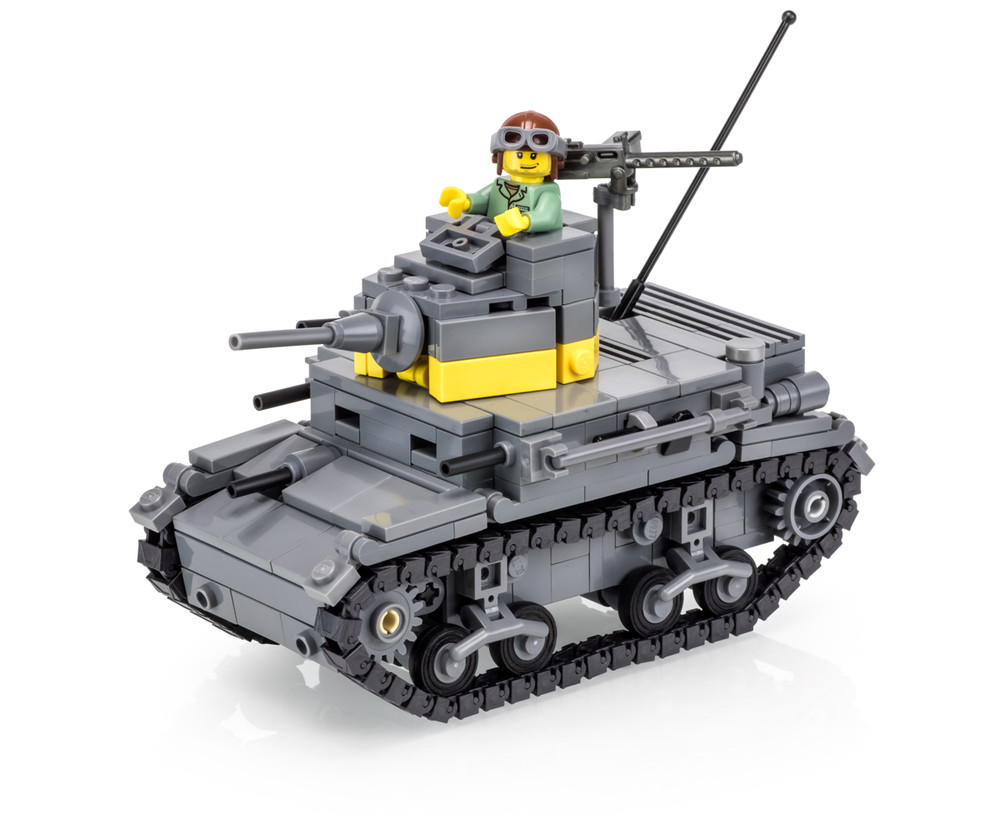 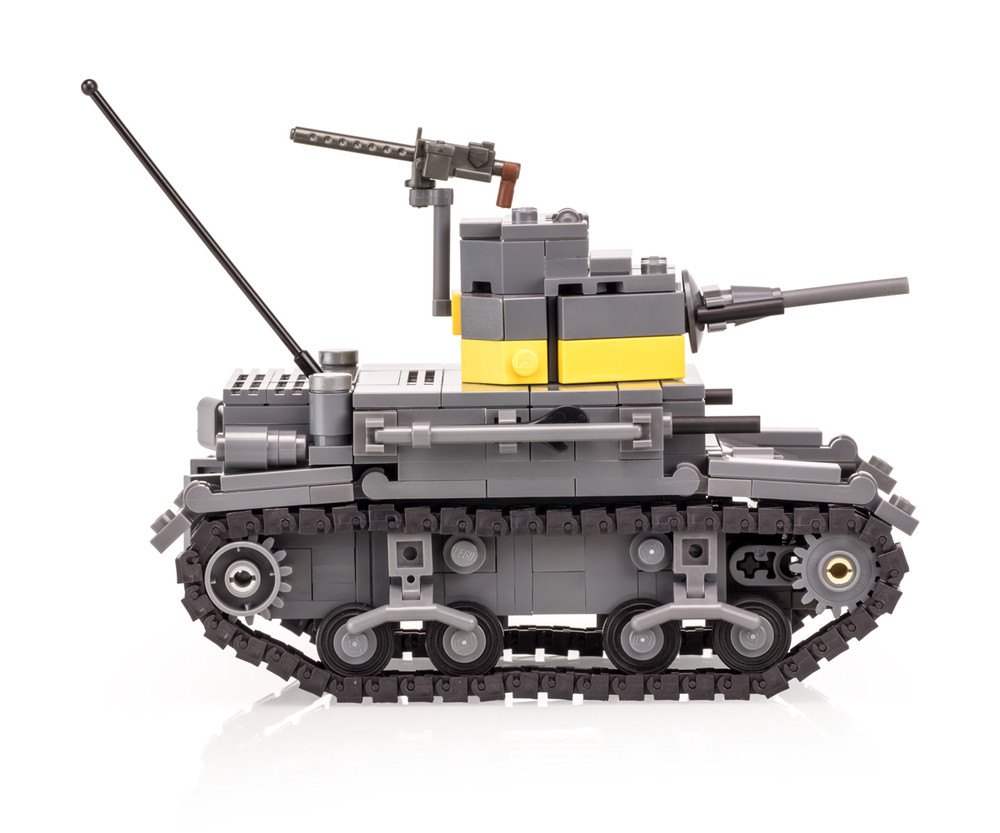 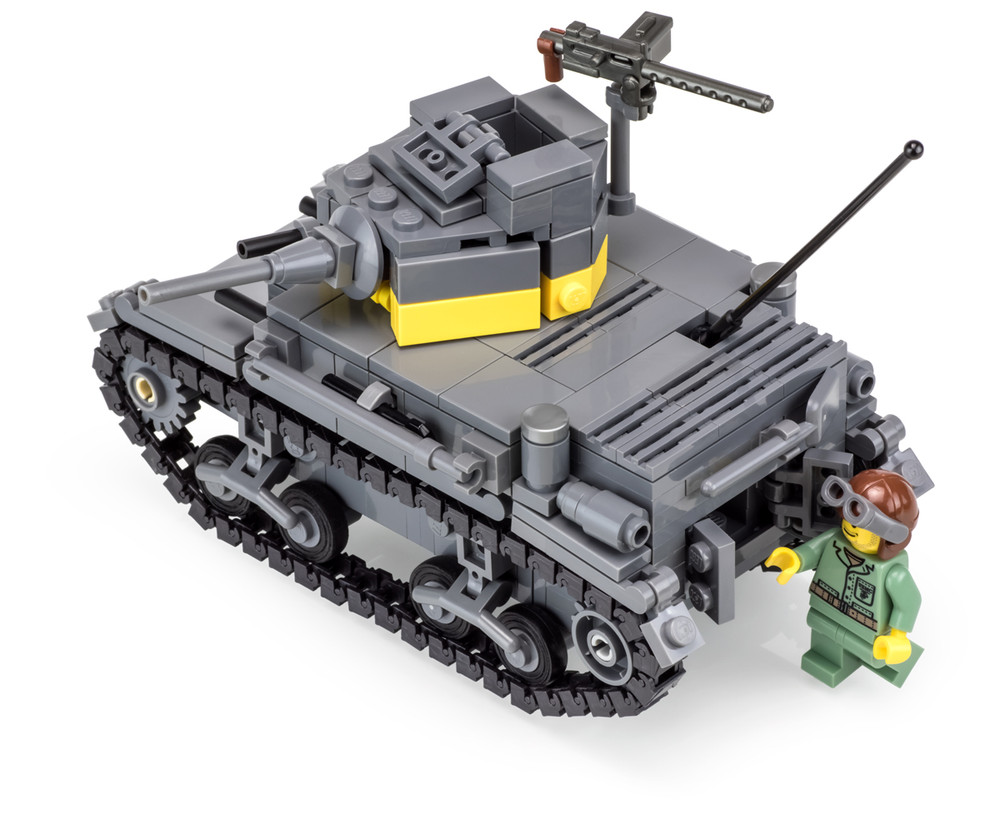 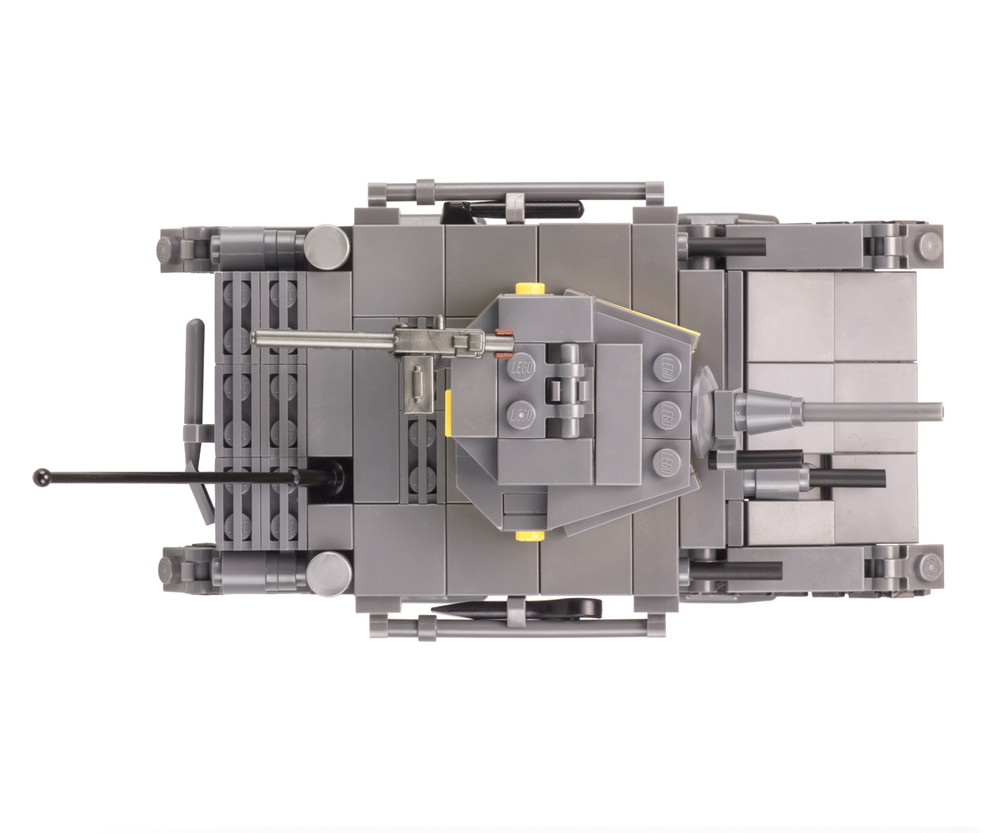 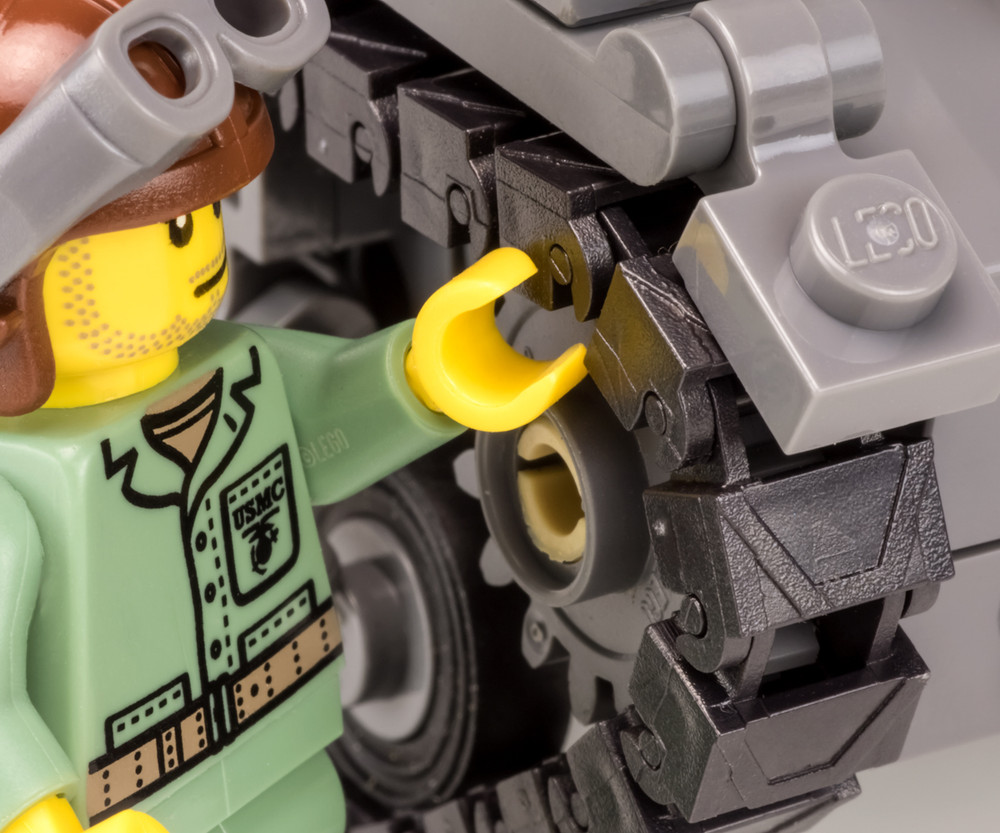 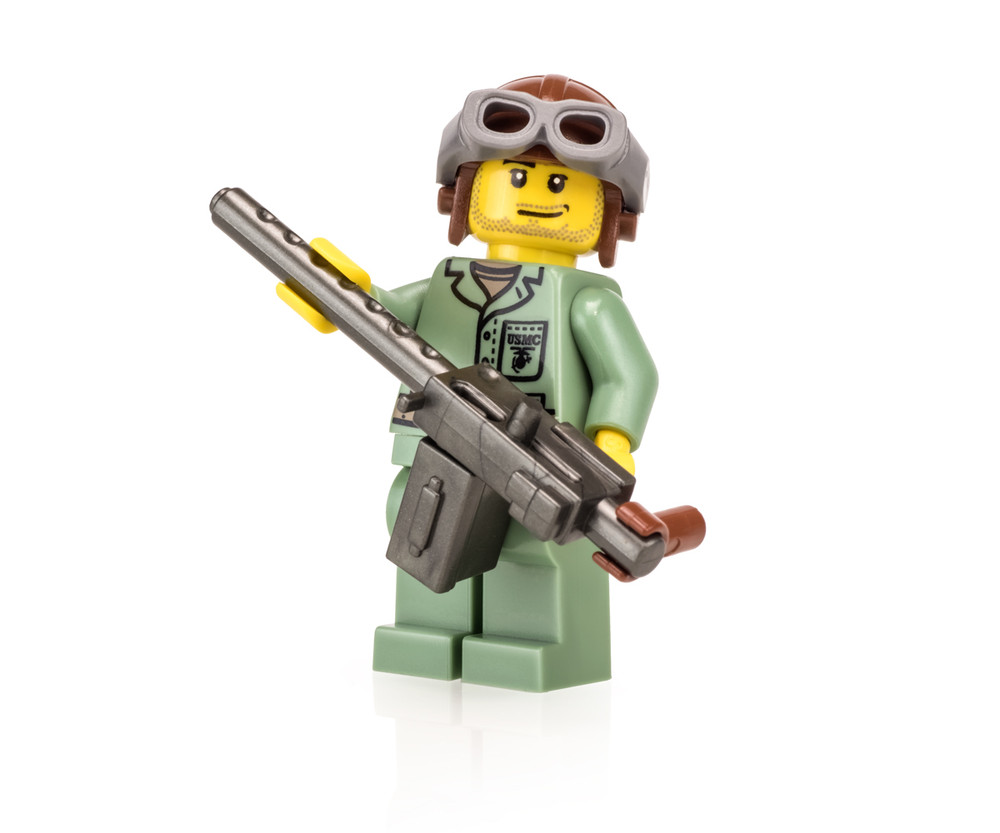 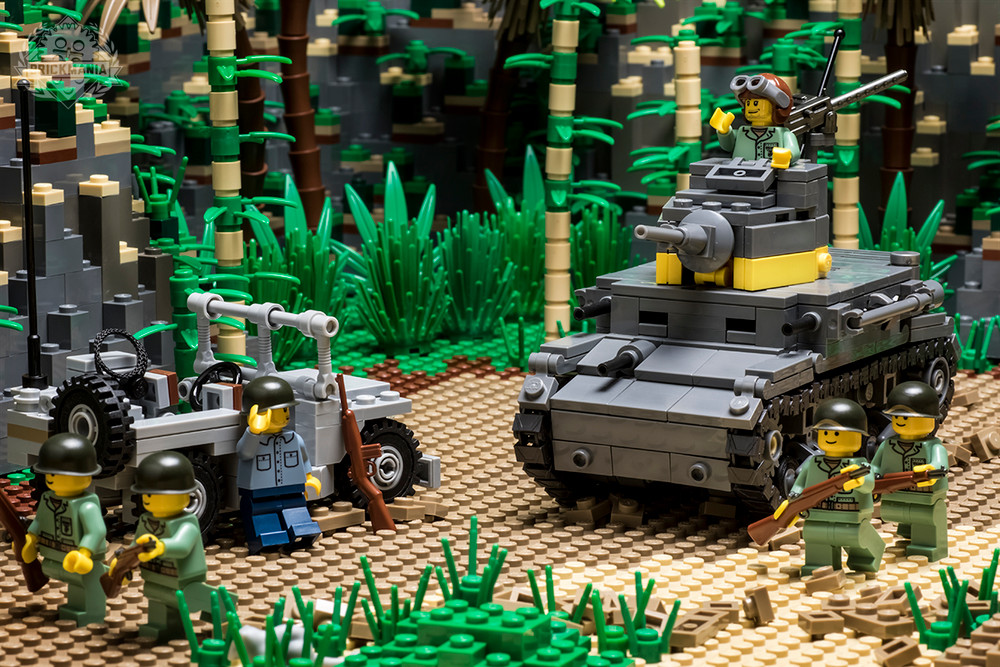 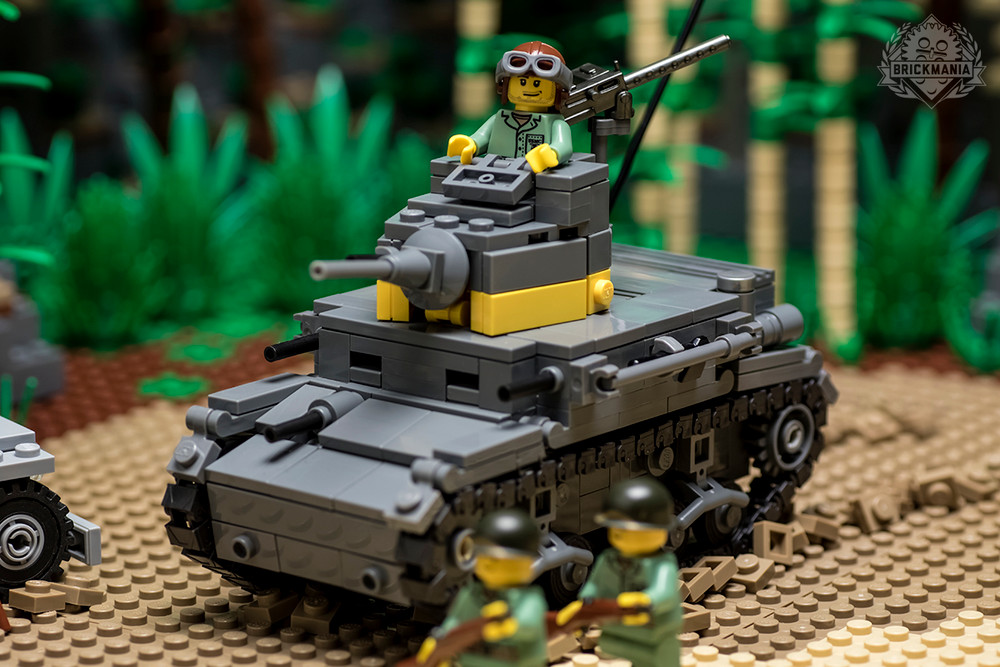 About the M2A4 Light Tank

The M2 Light Tank developed during the 1930's for the US Army and was largely a test bed for several different design concepts. The M2A4 was the final iteration of the M2 light tank and it had a single turret armed with a 37mm anti-tank gun and co-axel .30 cal machine gun. It was also armed with five additional .30 caliber machine guns in various locations. The M2A4 formed the pattern for what would evolve into the M3/M5 Stuart light tank, which went into mass production shortly before the outbreak of World War II. By the time of the Pearl Harbor attack, the M2 was largely regulated to training purposes. However, some US Marines units sent to Guadalcanal still had M2A4s in their inventory, where they performed admirably next to M3s during the hard-fought campaign to capture and hold the island. 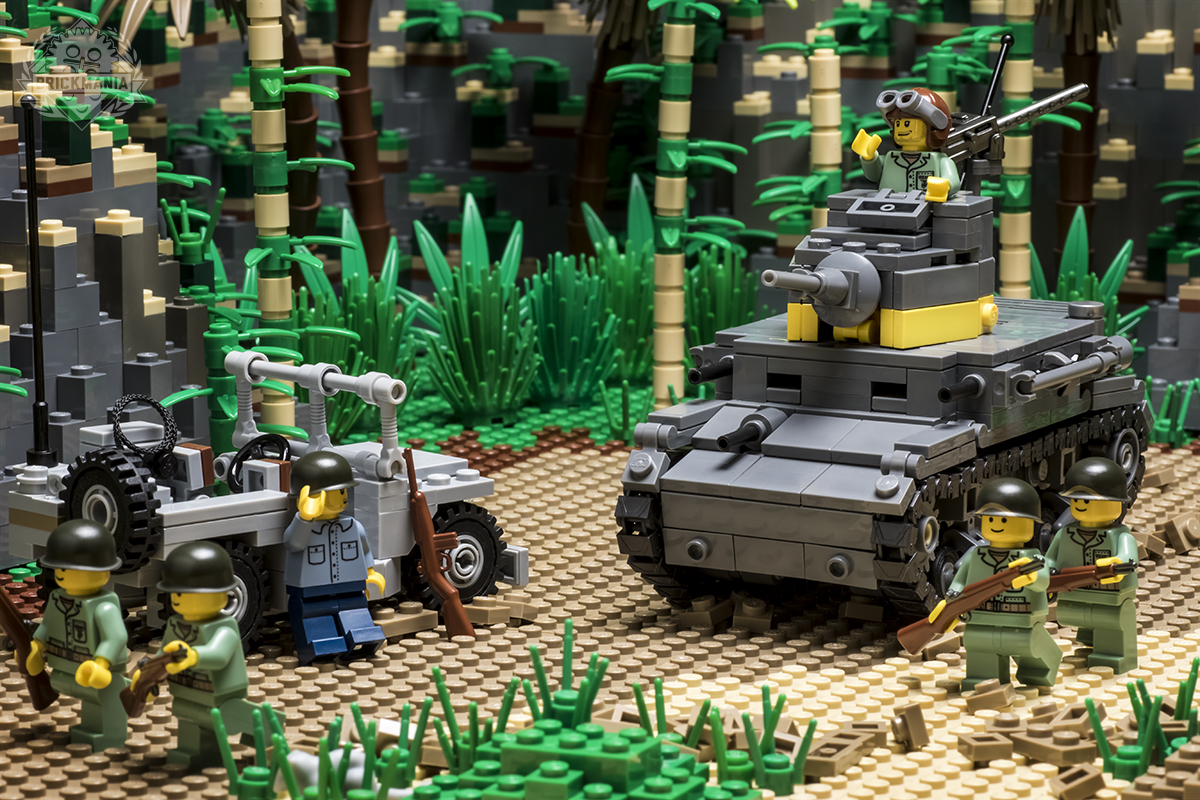 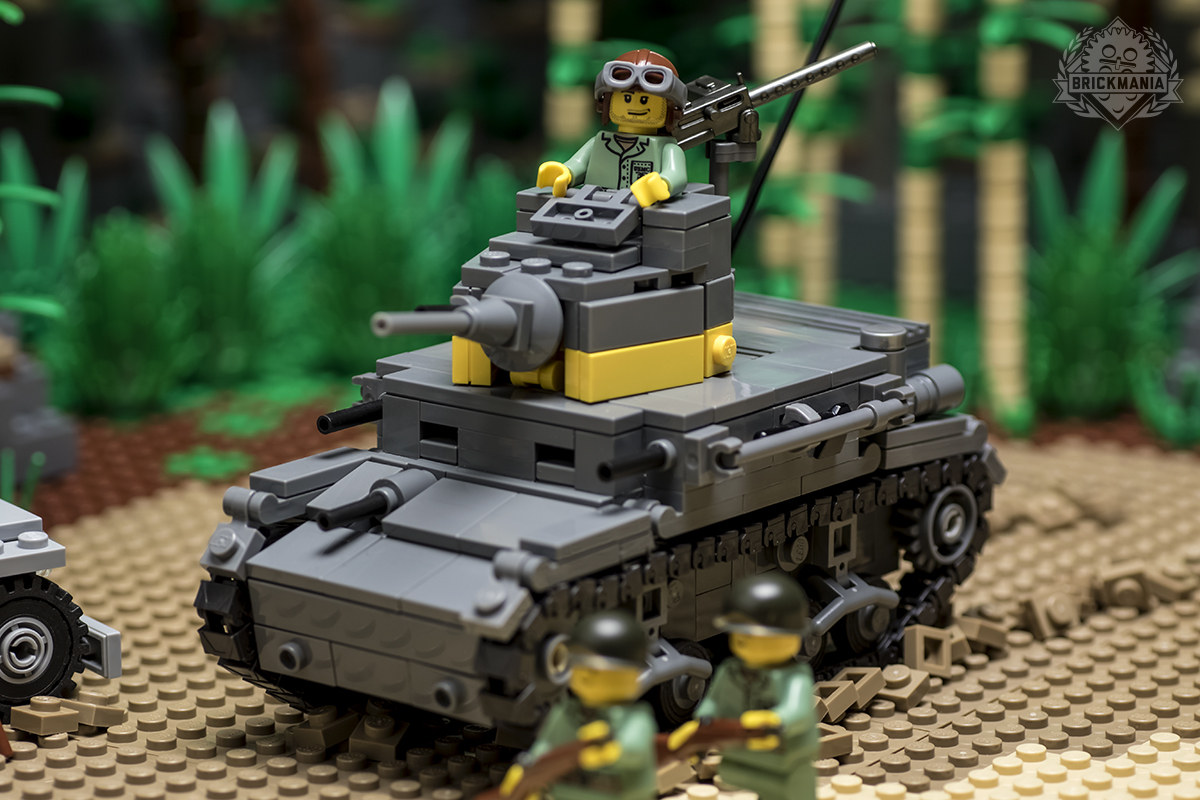 This Brickmania model kit is made from genuine, unused LEGO bricks and is shipped disassembled. Also included are full-color printed building instructions, signed certificate of authenticity and is packaged in a sealed box.