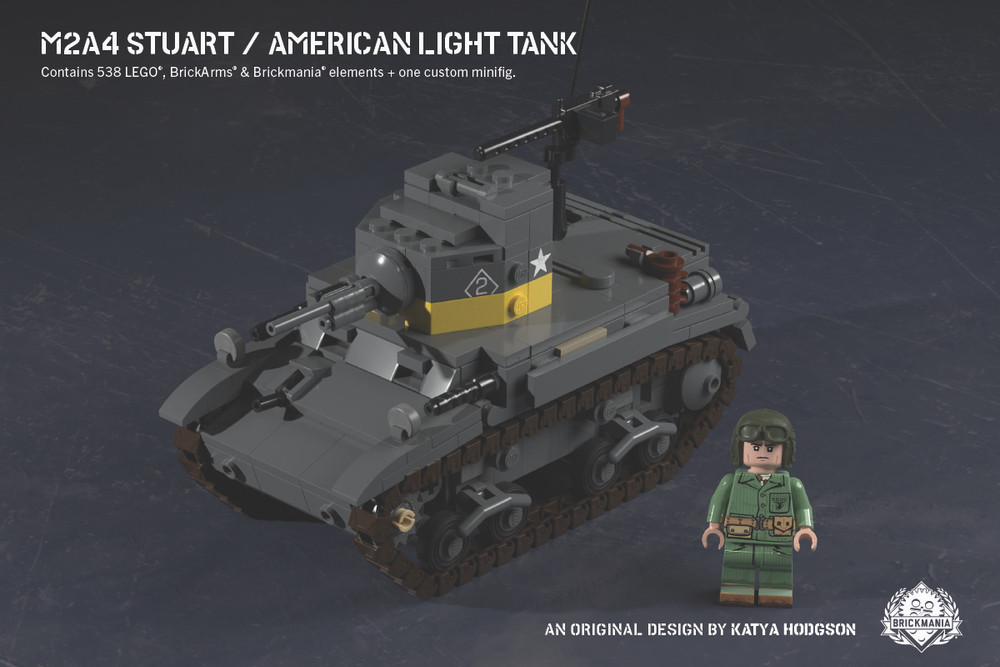 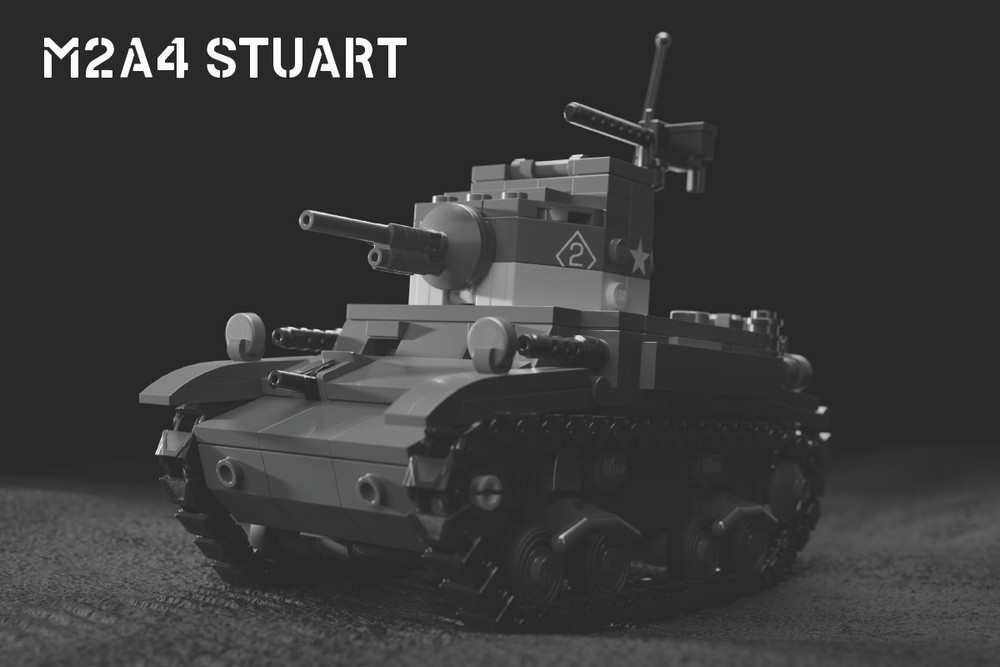 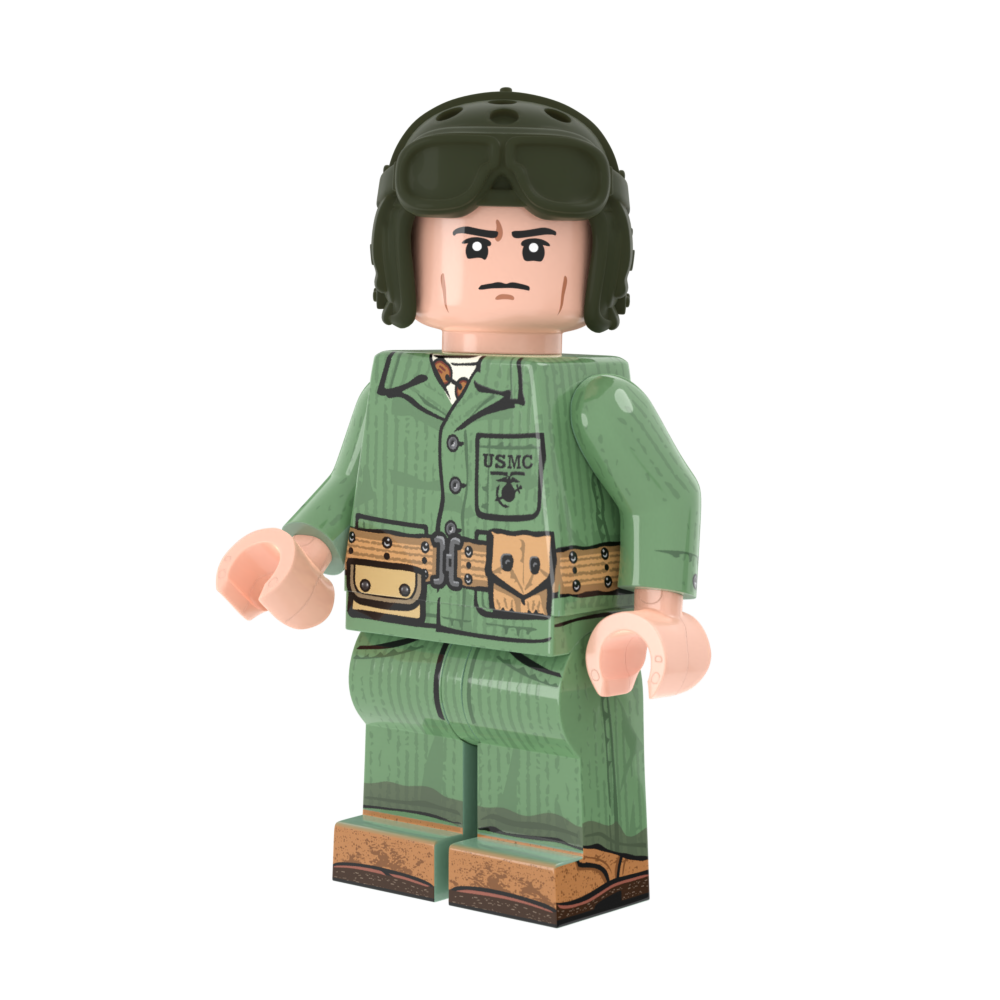 In the United States, the National Defense Act of 1920 granted military development of tanks to the infantry, but the cavalry, which was separate from the infantry, covertly set out to develop light tanks to operate independently of standard armored units, for performing reconnaissance and other support missions. Under the guise of “combat cars,” early models utilized a VVSS suspension system and a .50 caliber Browning machine gun in a turret. However, after watching actions unfold in the Spanish Civil War, machine guns would not be sufficient—a cannon was needed. This led to the development of the M2A4 Stuart.

In December 1938, OCM No. 14844 directed that a single M2 Stuart be taken off the assembly line and upgraded. It was outfitted with almost 1” thick armor, an M5 37mm anti-tank gun, and a Continental 7-cylinder gasoline engine. This new variation was quickly listed as the M2A4 and became the predecessor to the M3 line of Stuart tanks. Supporting the main gun was a series of five .30 caliber Browning machine guns—one in the nose hull, two in sponsons, one coaxially mounted, and a final one on top of the turret in a pintle mount. While an impressive array of defensive weaponry, many of the early Stuarts were relegated to training duties at the outbreak of World War II. However, fifty M2A4 Stuarts did see action with the Marines 1st Tank Battalion on the island of Guadalcanal.

This plucky model packs some serious firepower! The rotating turret sports a yellow US Marines designation stripe and imposing main gun. Other features include opening top hatch and hidden engine compartment with radial engine. It’s sure to be your new go-to light tank for your next MOC or desk defense battalion.