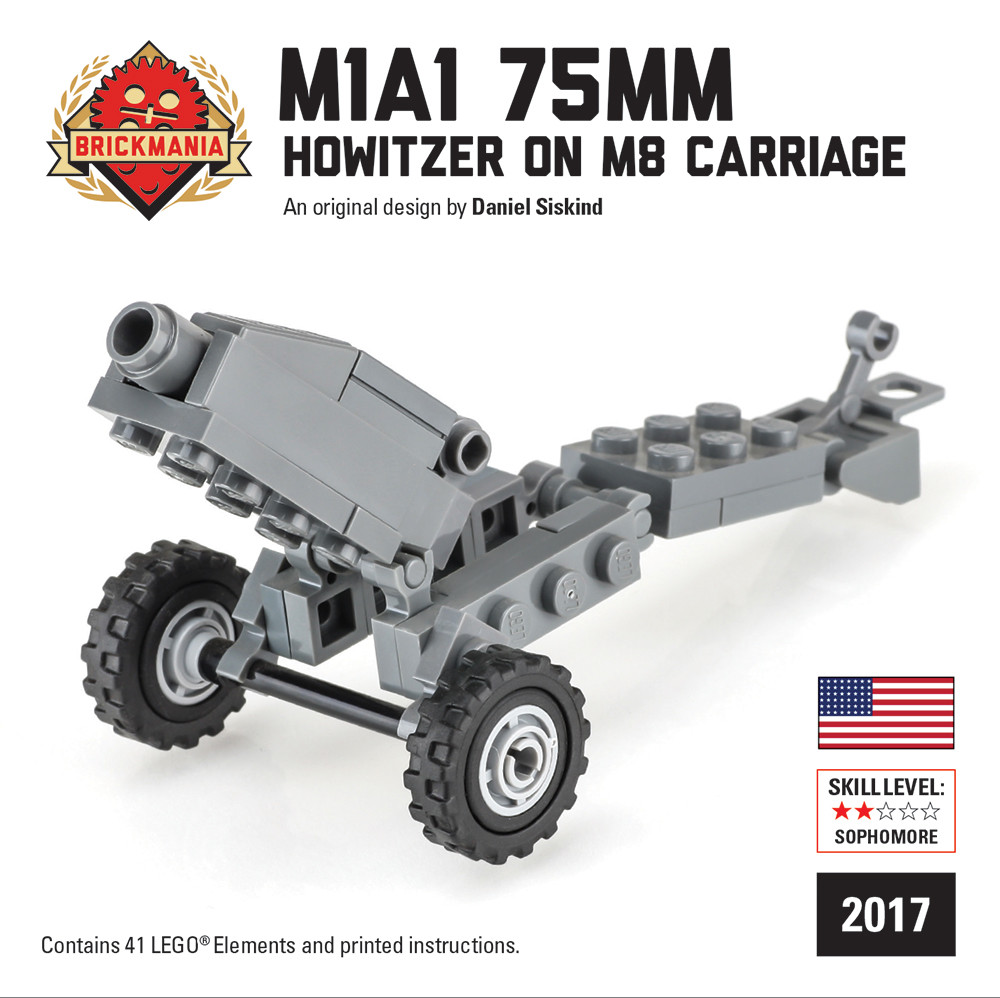 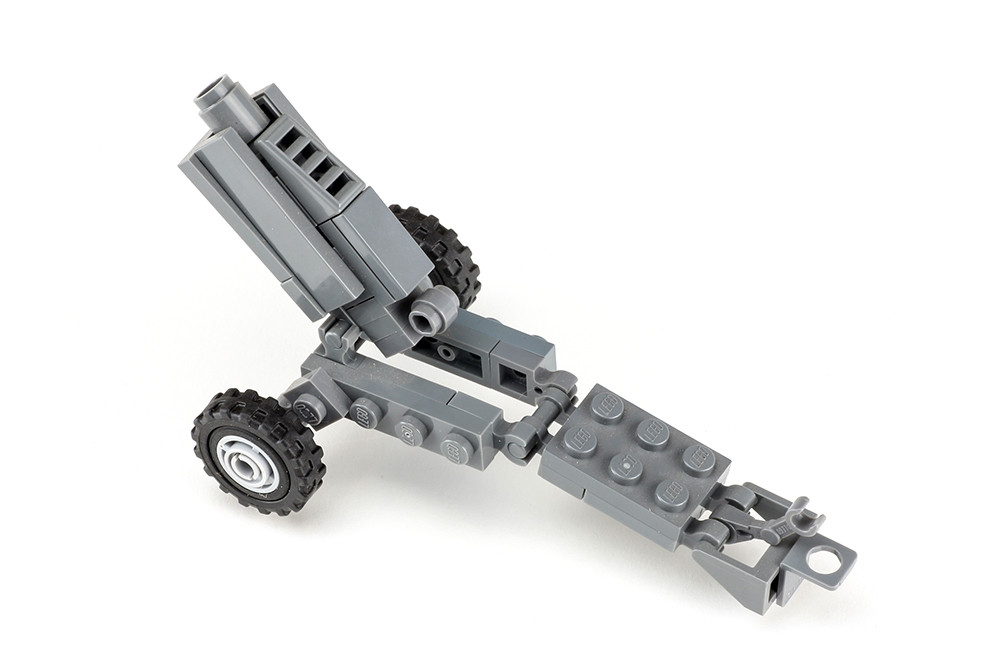 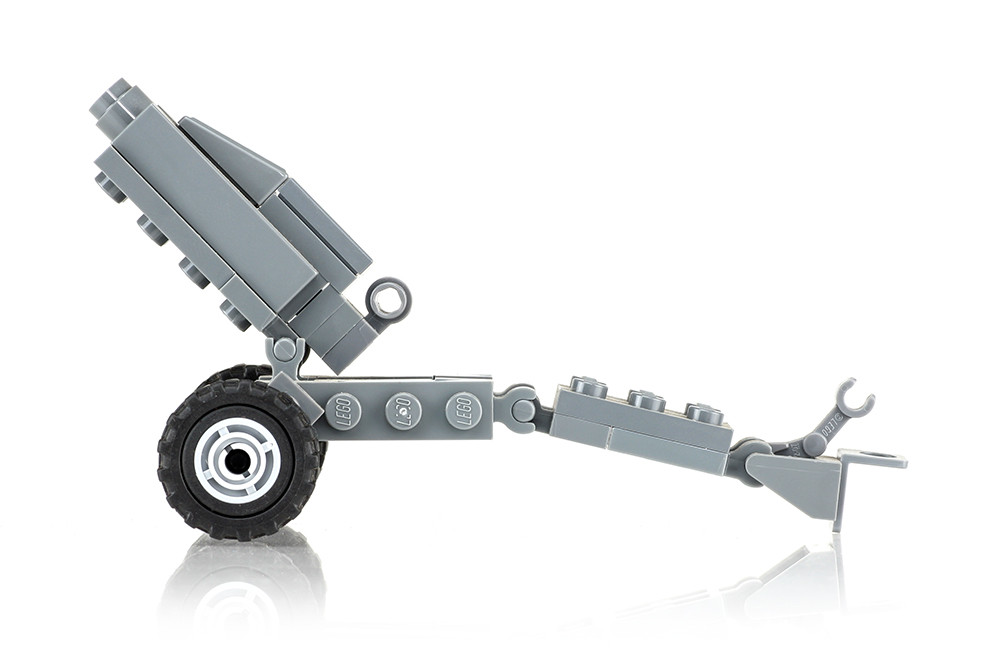 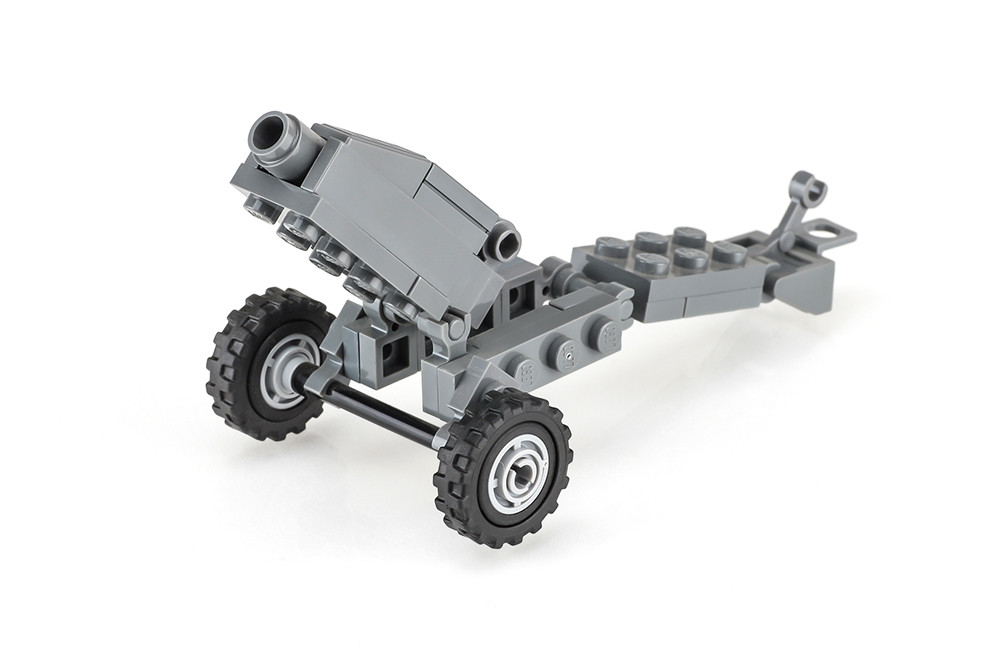 Designed shortly after World War I to replace existing light artillery pieces, the M1 75mm "pack" howitzer was a small artillery piece that could be broken down and transported by pack horses or mules. Not mass produced until the outbreak of World War II, several design improvements were added in 1940, with the new gun designated the M1A1 on M8 Carriage (replacing the original wooden-wheeled gun carriage). The lightweight field gun was mainly used to equip US Army airborne artillery battalions, but was also adopted for use by the US Marine Corps for its campaigns in the Pacific. While not as powerful as the more widely used 105mm howitzers, its small size made it more versatile and easier to transport over rough terrain.

Brickmania is please to introduce this M1A1 75mm Howitzer kit as part of its Campaign in the Pacific series of model kits..

This Brickmania model kit is made from genuine unused LEGO bricks and is shipped disassembled. Also included are full-color printed building instructions and is packaged in a sealed polybag. All Brickmania building kits are limited production and may be discontinued at any time.