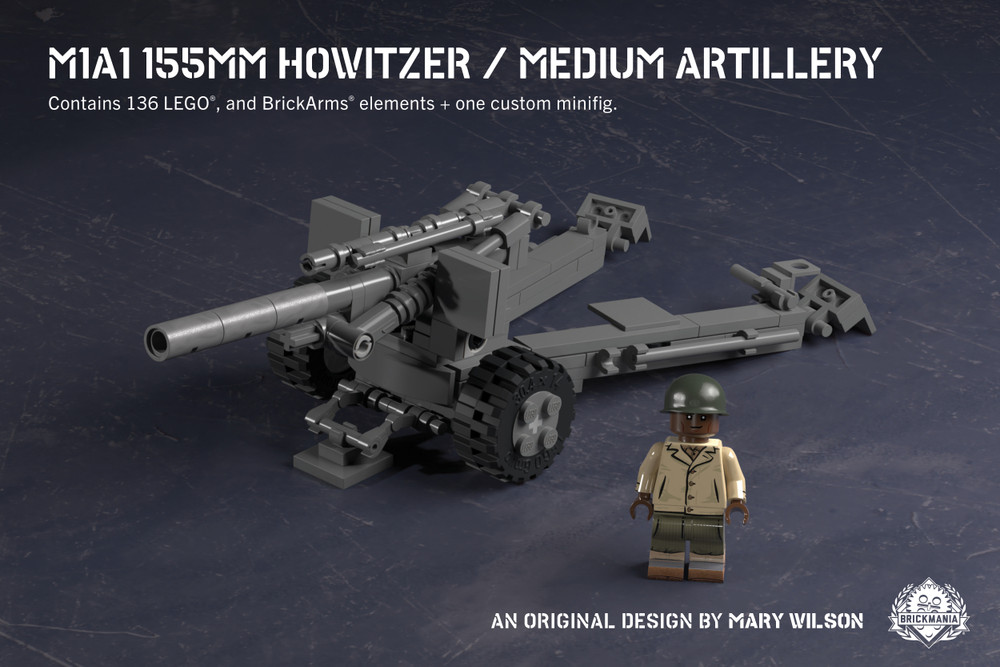 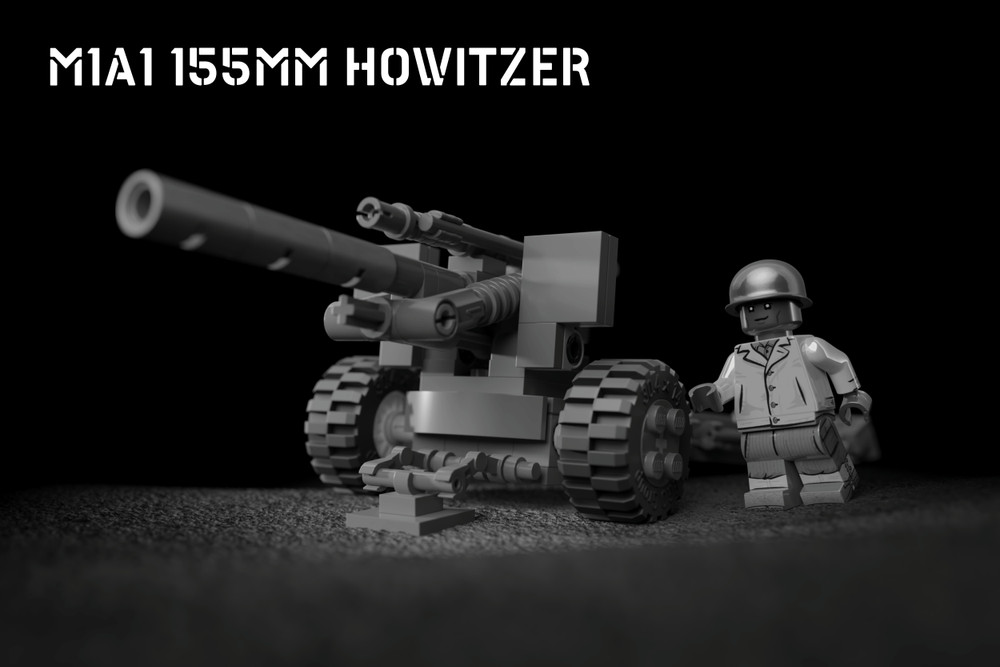 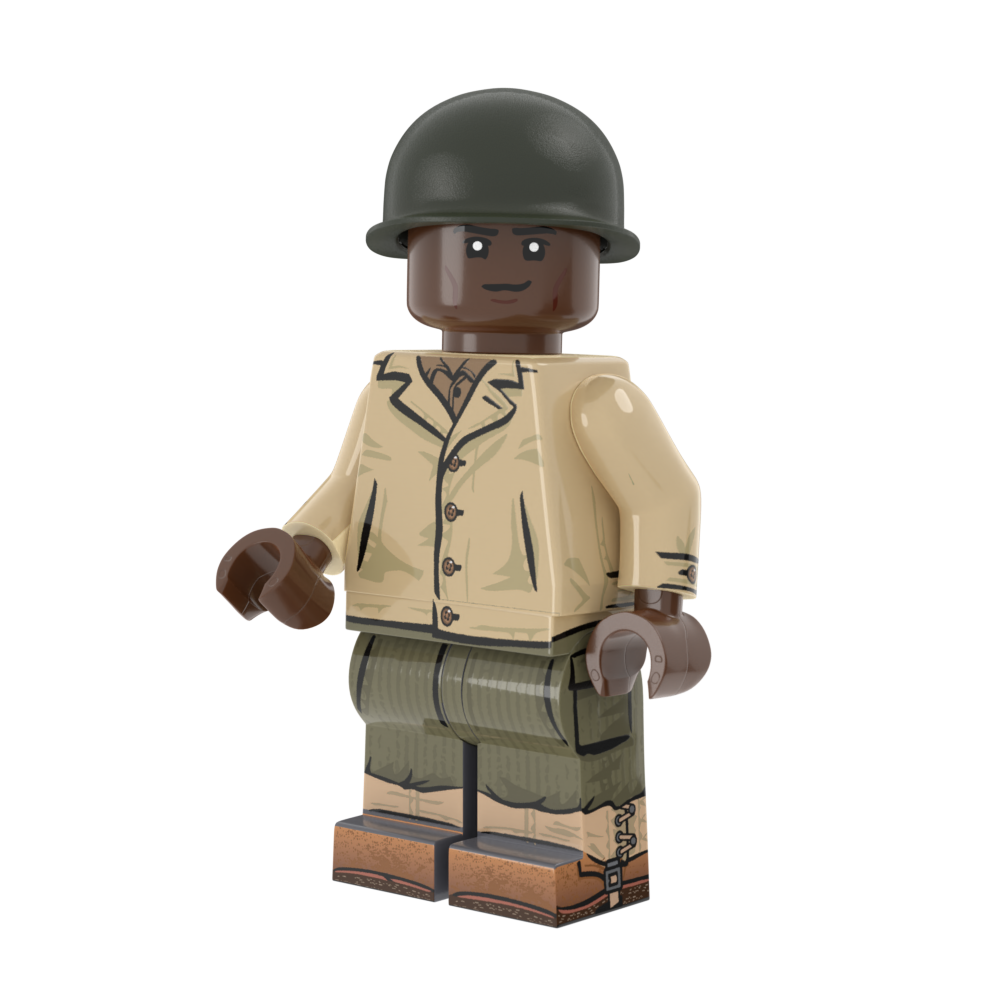 Entering service with the United States Army in 1941, the 155mm M1A1 howitzer upgraded the Allies’ available firepower against the Axis powers. Using a split-tail design, the M1A1 used a jack in front of the gun shield to raise the wheels off the ground. The M1A1 required an eleven man crew to operate and was able to launch a 98 lb. projectile over 14,000 meters.

The 333rd Field Artillery Group was a segregated unit made up of African American soldiers and white officers. The 333rd utilized the 155mm M1A1 howitzer to unleash fury on the Nazi enemy. Fighting through France in 1944, the 333rd earned a reputation for efficiency and ferocity. In the fall of 1944, they were relocated to a quiet sector along the Ardennes. As winter came, the Germans attacked to create a bulge in the Allied line. Artillerymen of the 333rd wreaked havoc on the Germans to give time for infantry units to retreat. Their heroic stand came at a high cost. As the Germans broke through, they captured or killed over half of the 333rd. Eleven artillerymen were able to escape the Germans and sought shelter in the town of Wereth. However, the men were betrayed and given up to the 1st SS Panzer Division, who led the American troops out of town and tortured and killed them.

These “invisible” soldiers were nearly forgotten, despite the bravery they showed in their service. Today, near the village where they were captured, a memorial stands to honor these eleven men: