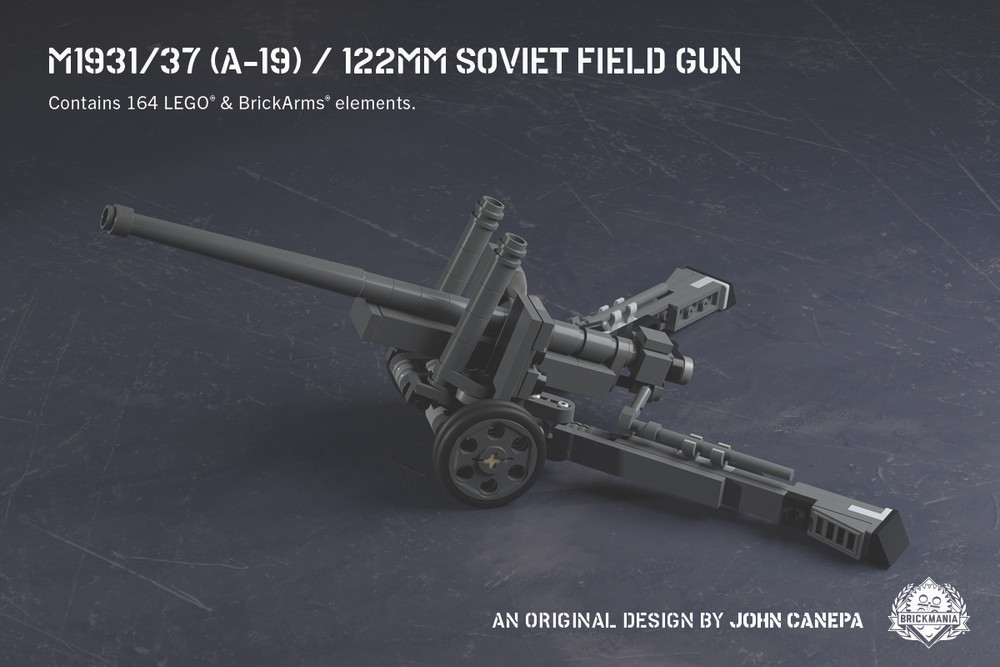 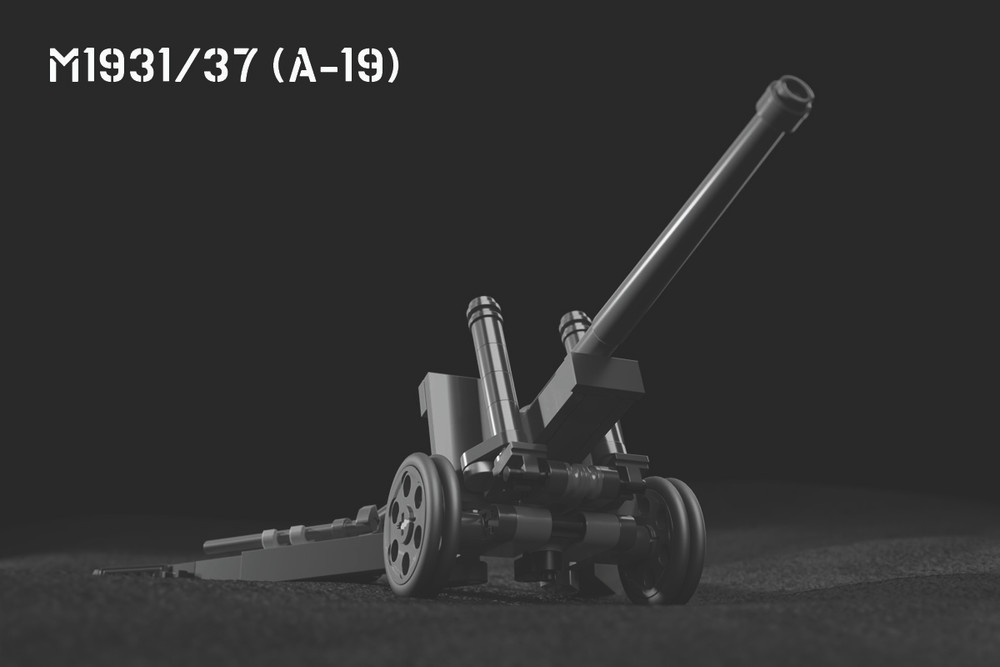 The M1931/37 (A-19) – 122mm Soviet Field Gun, also known as the A-19, was a Soviet-built artillery piece that saw action during the Great Patriotic War (World War II for the Soviets) and afterward. Its 122mm gun was prodigious and was used as the basis for tracked vehicles including the ISU-122 SPG and IS-2 and IS-3 heavy tanks. The A-19 has a range of 20.4 km—a little over 12.5 miles—and its crew of nine could fire 3–4 rounds every minute. The updated 1937 model used a different carriage (one from the ML-20) with pressurized tires to help ease transportation. The A-19 proved to be a very capable gun and could easily dismantle Germany’s most powerful tanks. However, its primary mission was to provide covering fire and bombardment for advancing troops.

After the war, the Soviets upgraded to the M-46 howitzer, but many M1931/37 guns were transferred to its satellite states and other allies. The United States faced the howitzer during the Korean War where North Korea primarily used Soviet weapons. The use of Soviet guns, both old and new, was a common trend during the Cold War. Many nations that opposed the West sought refuge and trade with the Soviets and had access to their seemingly unending armory.

This small but mighty model is packed with details. Smooth rolling wheels for towing and scale features like sights, stabilizers, and breech make this a must have for your artillery collection or desk defense redoubt.