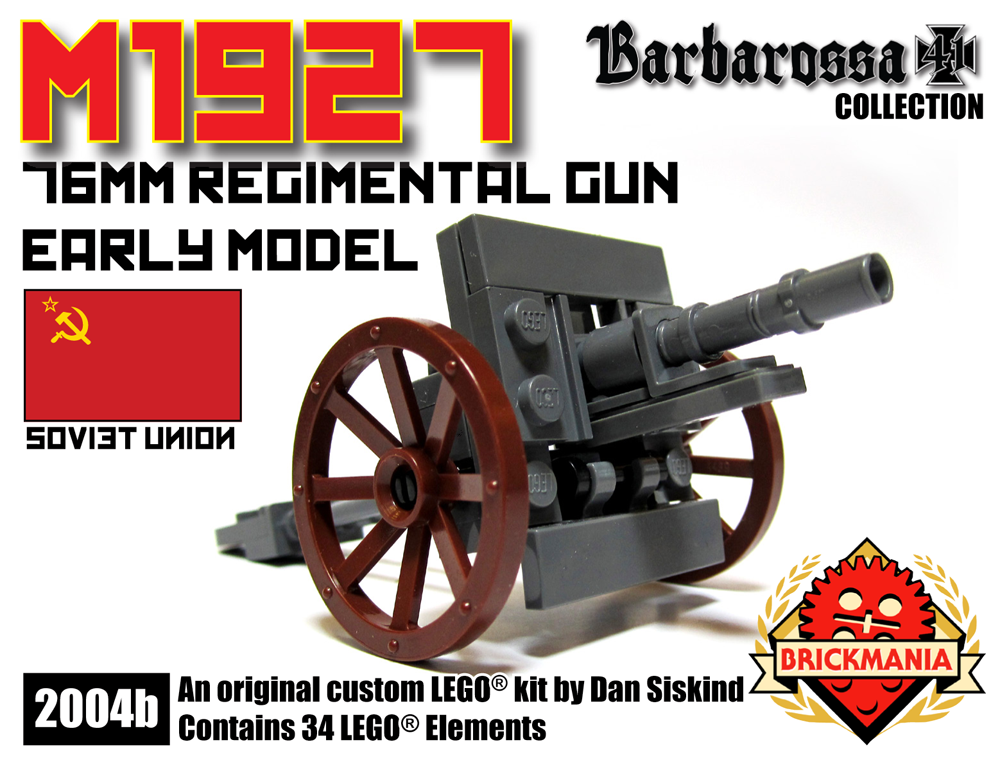 The M1927 76mm Regimental Gun was used by nearly every Soviet infantry and cavalry regiment before and during World War II. Significant design changes to the carriage we implemented during a program to replace guns lost early in the war, giving the gun a new designation of M1943. Captured M1927s were also widely used by the German and Finnish armies.

We are introducing a second version of this kit with the original production spoked wheels, which by far represents the most prototypical example of the M1927.