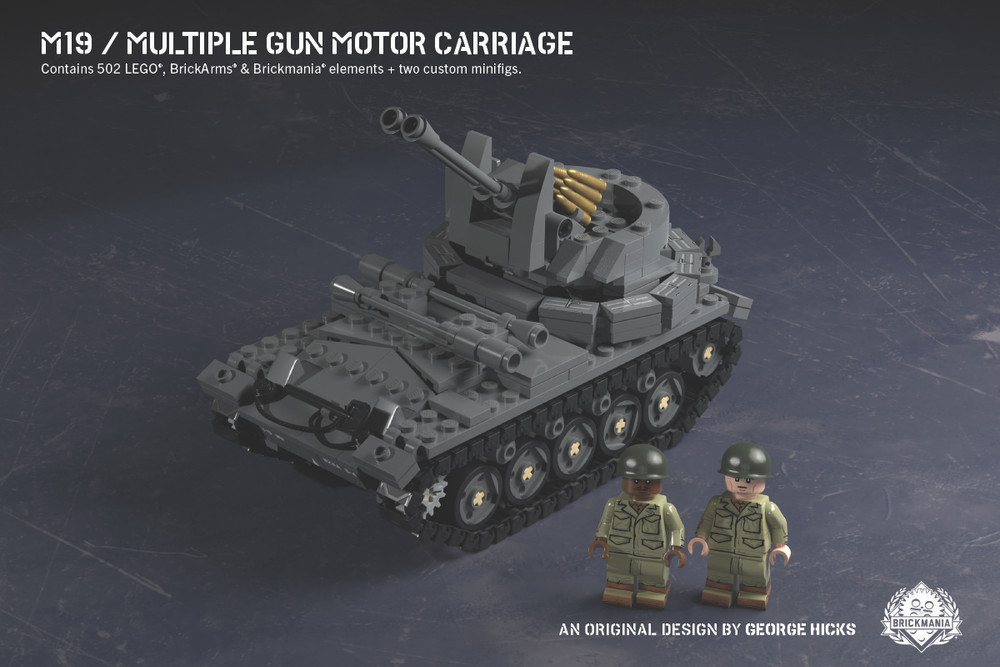 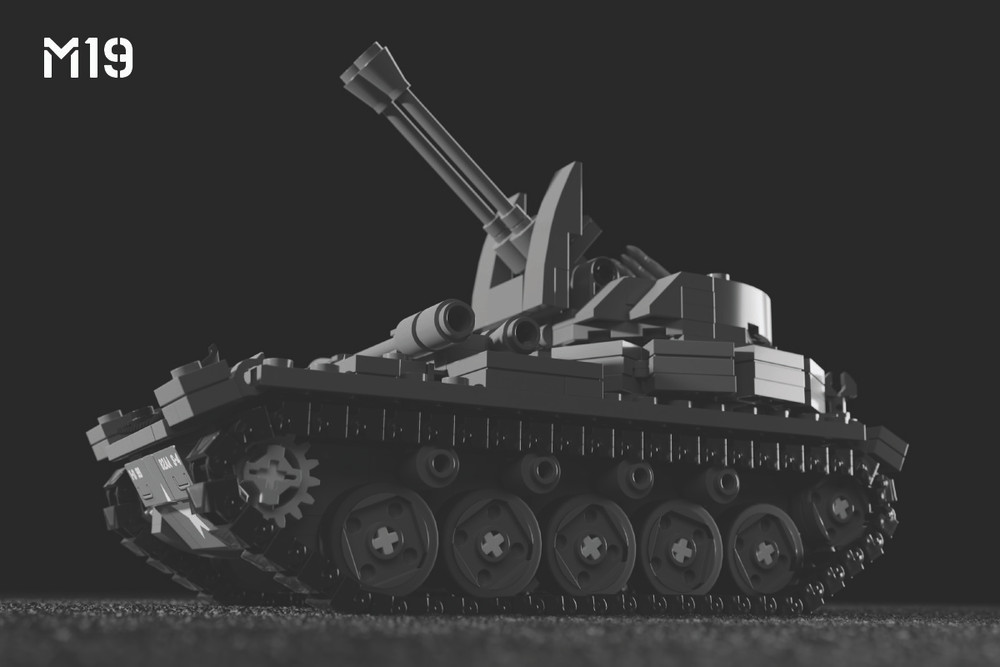 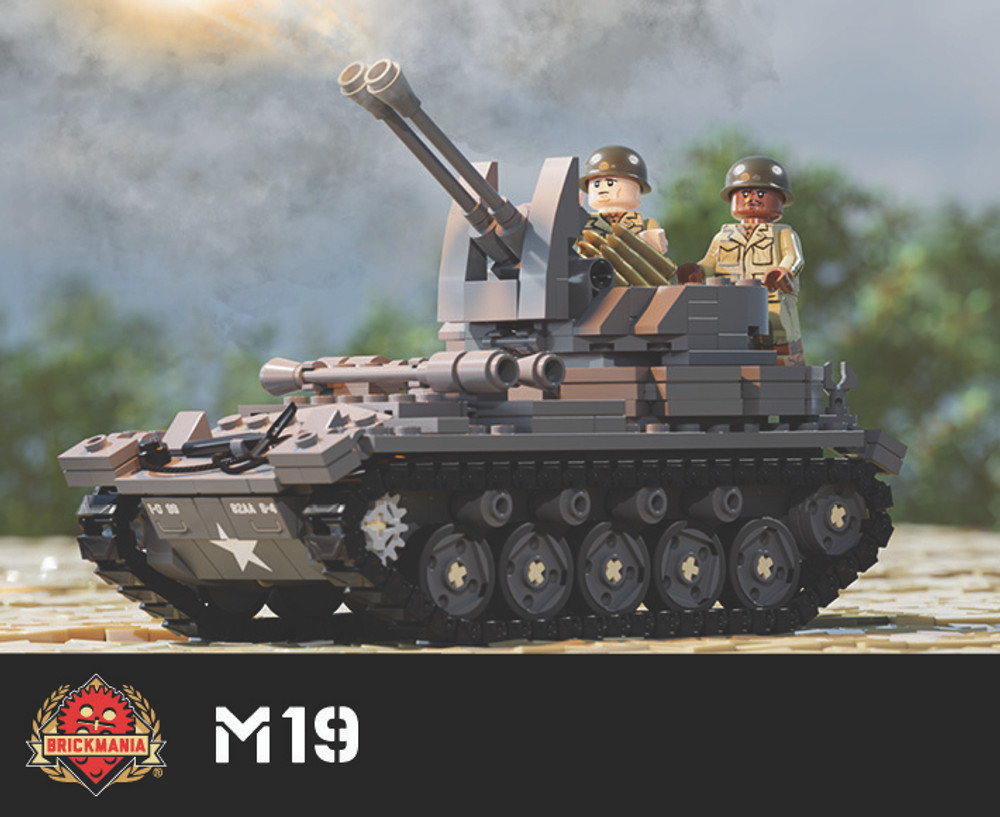 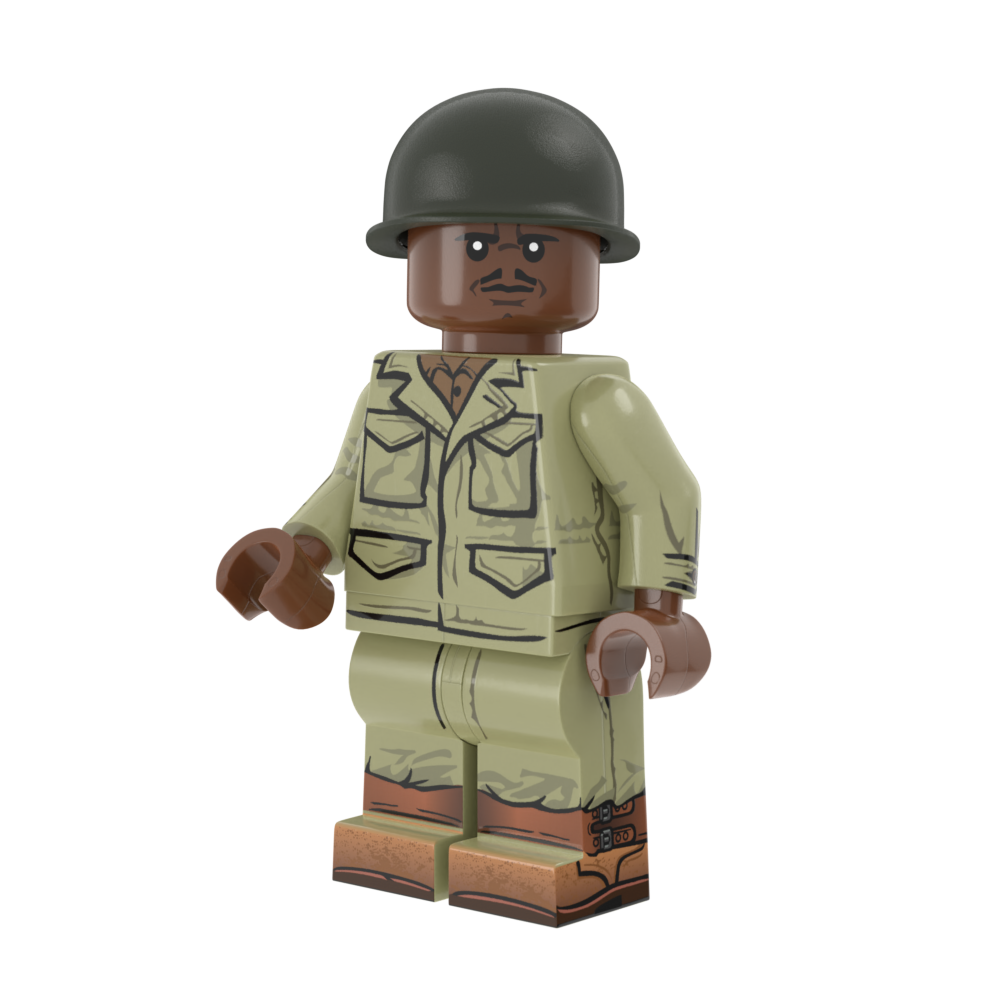 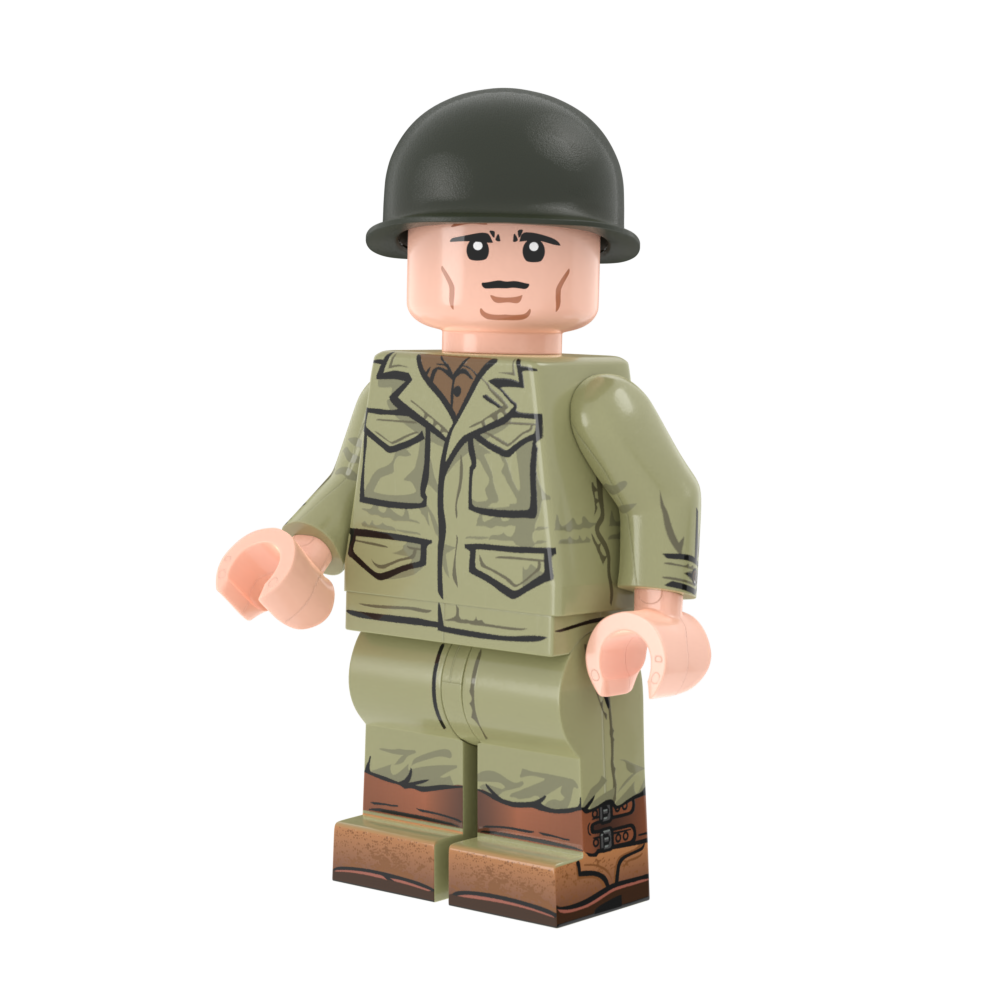 First entering the front lines in April of 1945, the M19 – Multiple Gun Motor Carriage was a tracked antiaircraft gun based on the chassis of the M24 Chaffee light tank. The chassis of the M24 was lengthened slightly, and the motor was relocated to just behind the driver. This rearrangement created room for the main gun. As for armament, the M19 sported dual mounted 40mm M2 automatic guns (built by Bofors) that sat on on a 360 degree rotating turret. The M19 required six crew members to operate it properly—a driver and assistant driver, two gunners, and two loaders. Running at optimum levels, the M19 could discharge 120 rounds per minute. The 40mm guns were fed via 4-round clips dropped into an automatic loader. Running the gun smoothly required every member of the crew to do their job in a well orchestrated manner. The M19 carried 352 total pieces of ammunition, and an M20 trailer, towed by the M19, could carry an additional 320 rounds.

Entering the war in the final months, only 300 M19 – Multiple Gun Motor Carriages were produced. Too late to impart real effectiveness, the M19 did not see its full combat potential until the Korean War. In this conflict, tacticians realized the effectiveness of the M19 as an anti-personal gun, holding back mass infantry charges. 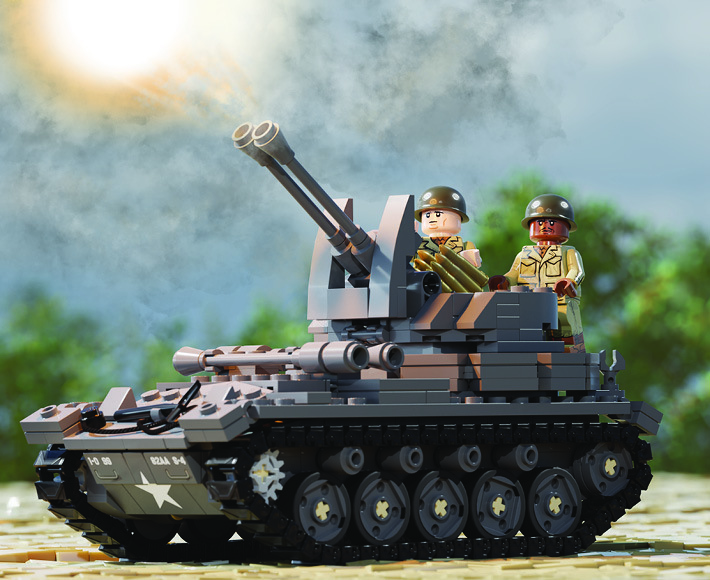 This detailed mobile AA platform is perfect for keeping those pesky planes at bay. The turret rotates 360 degrees and features a large range of inclination. Smooth rolling Brickmania® Track Links™ and multiple BrickArms® accessories give this kit an aggressive advantage.