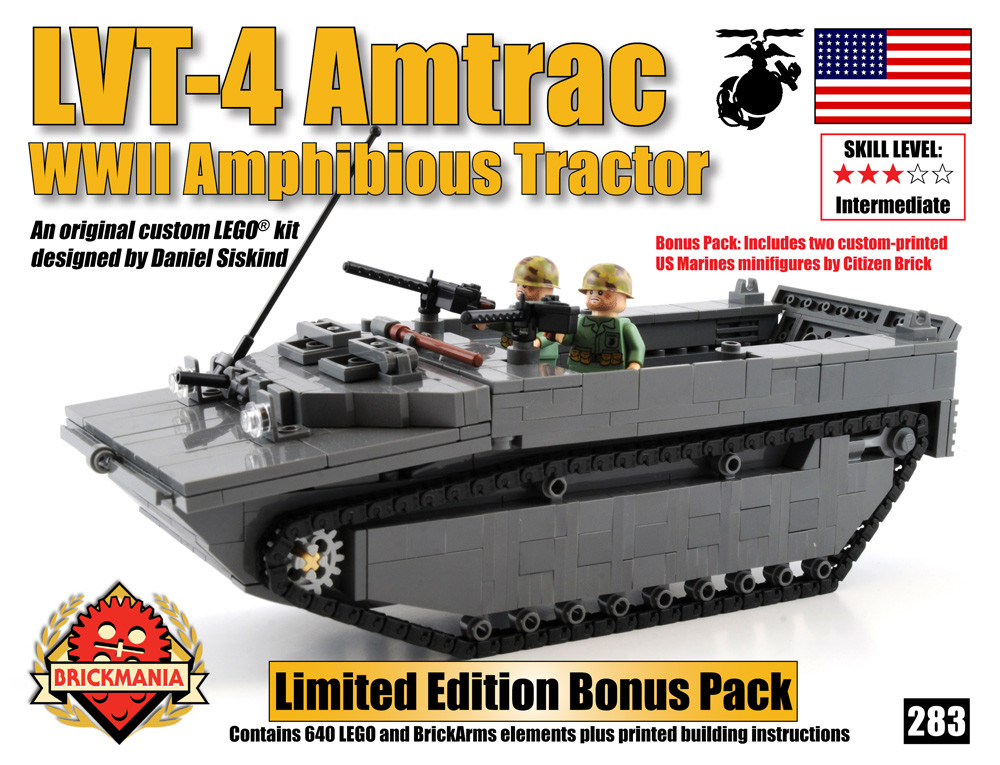 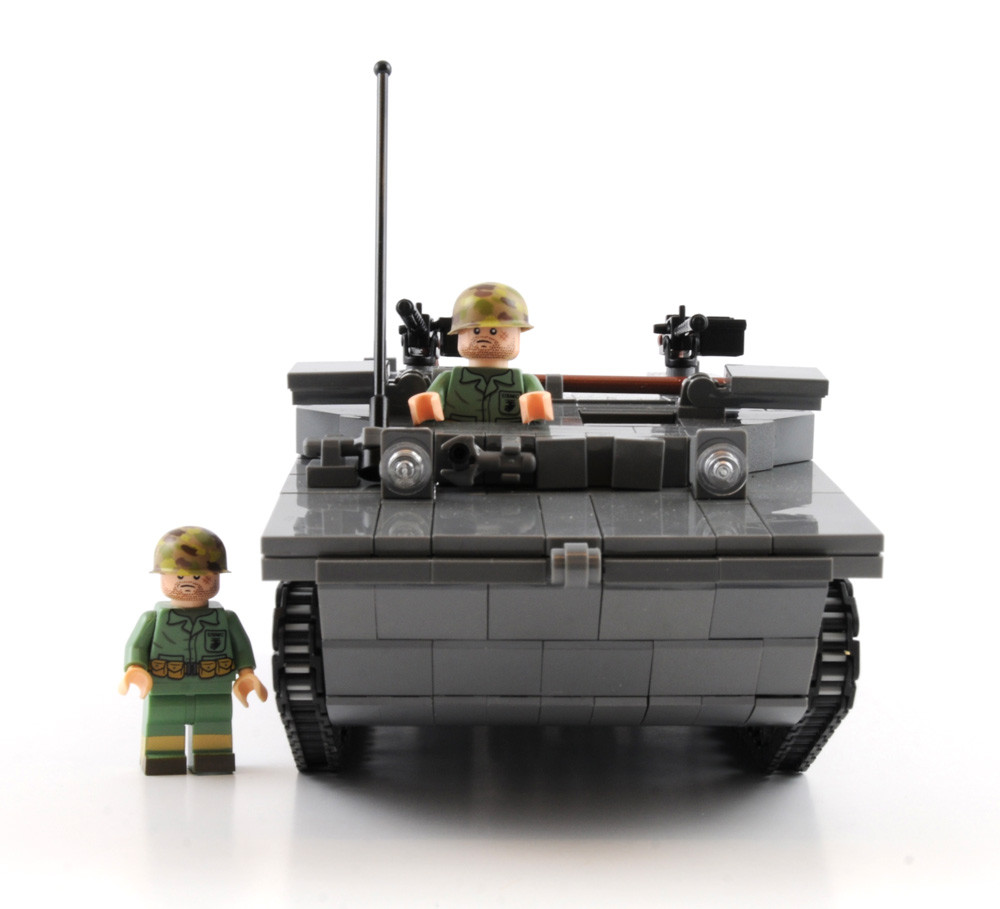 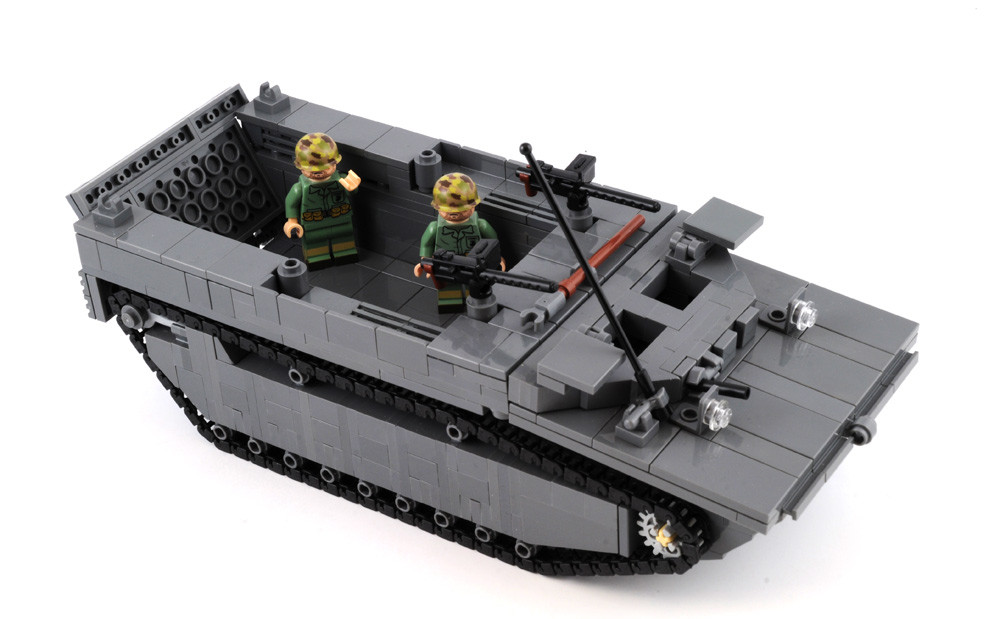 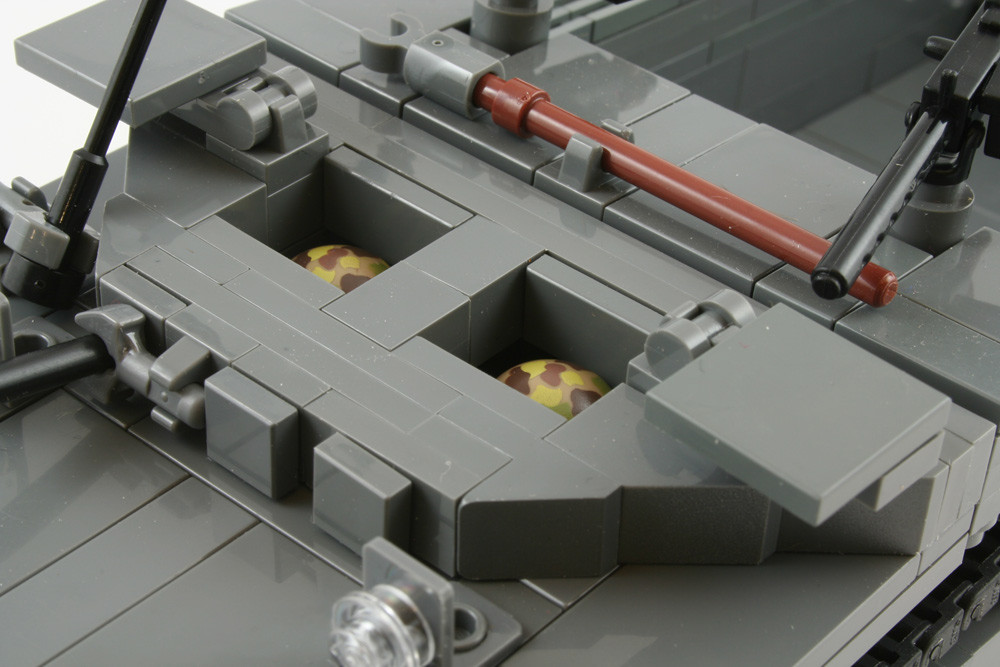 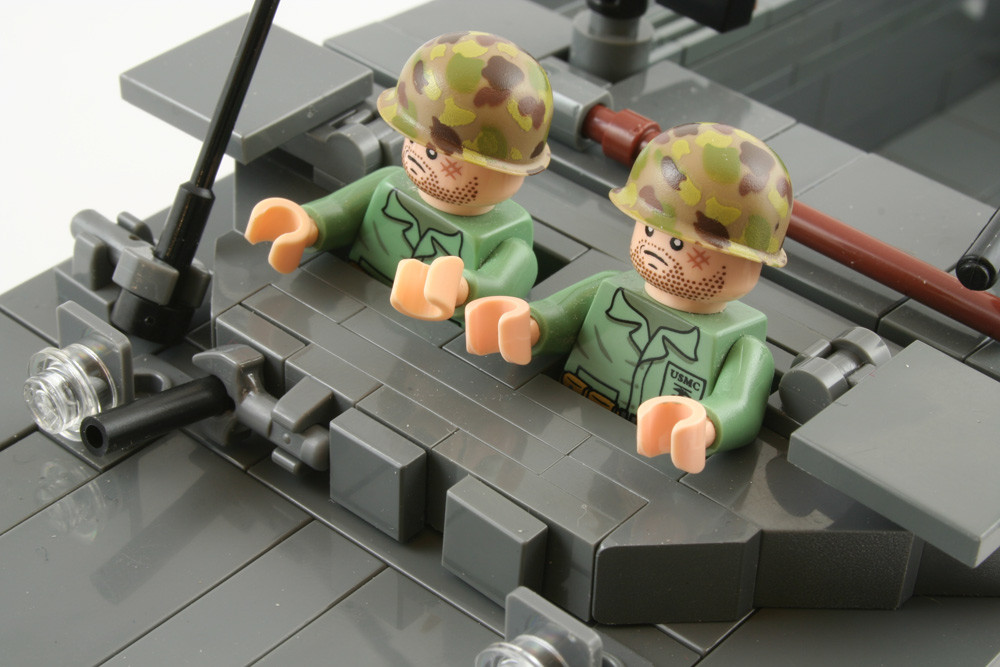 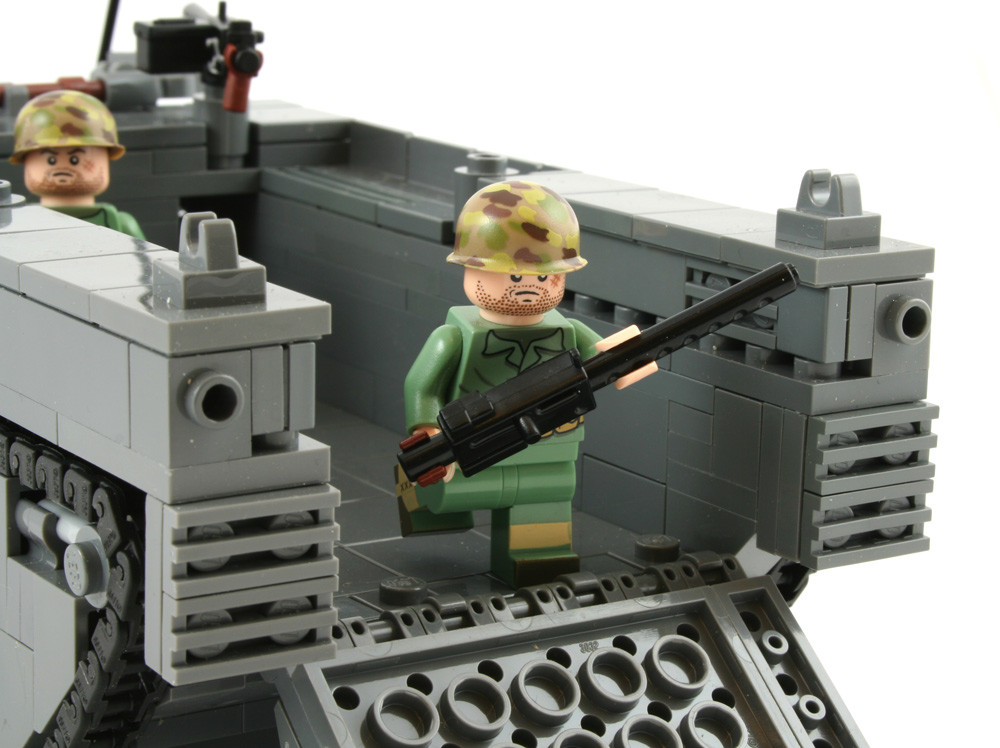 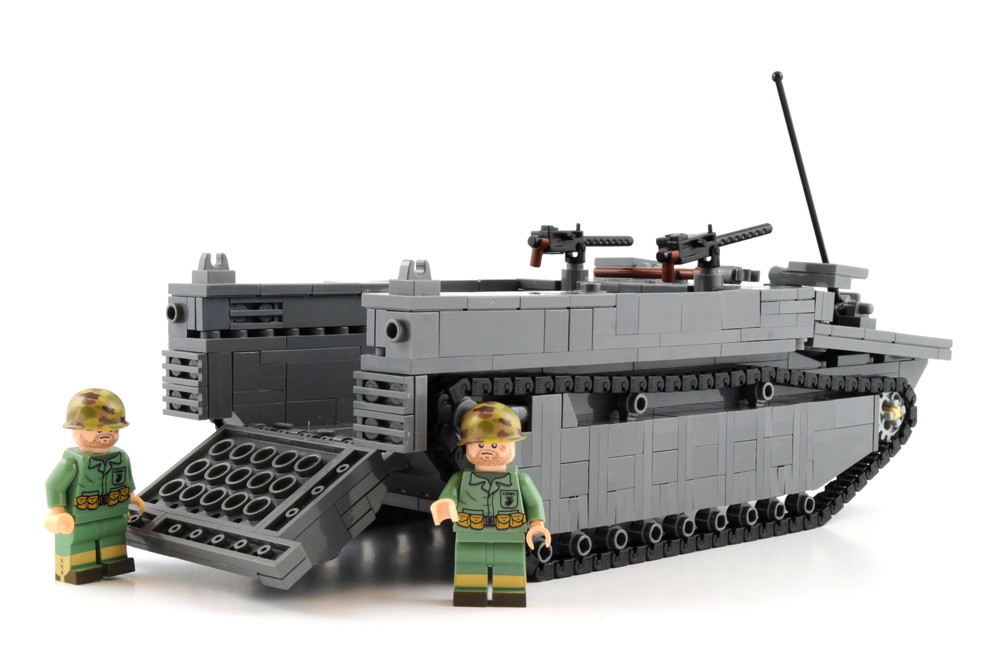 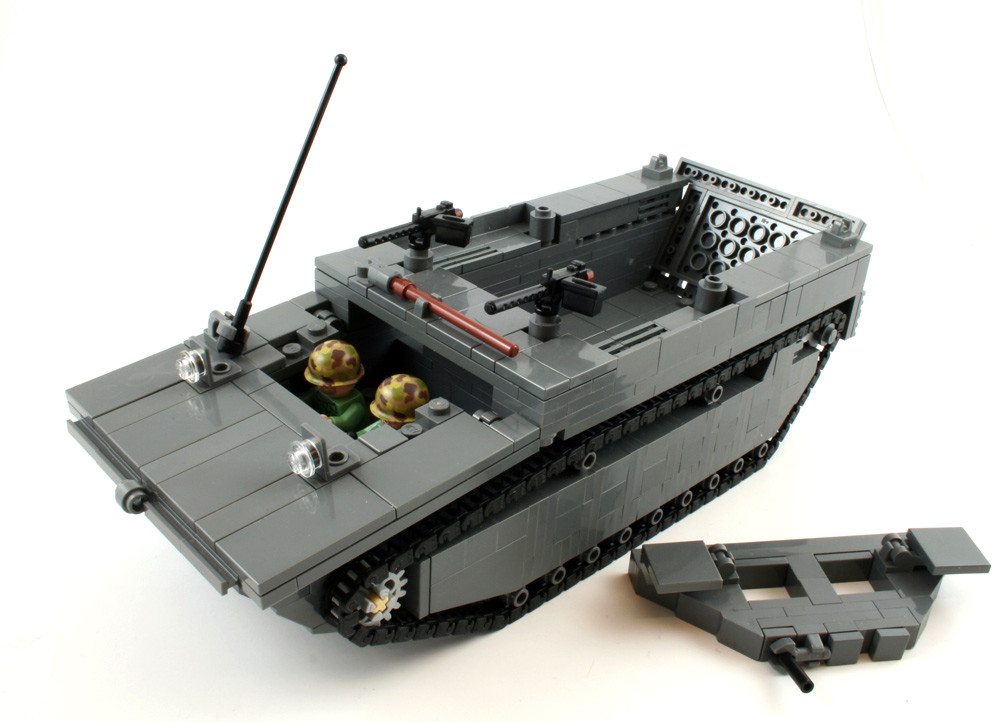 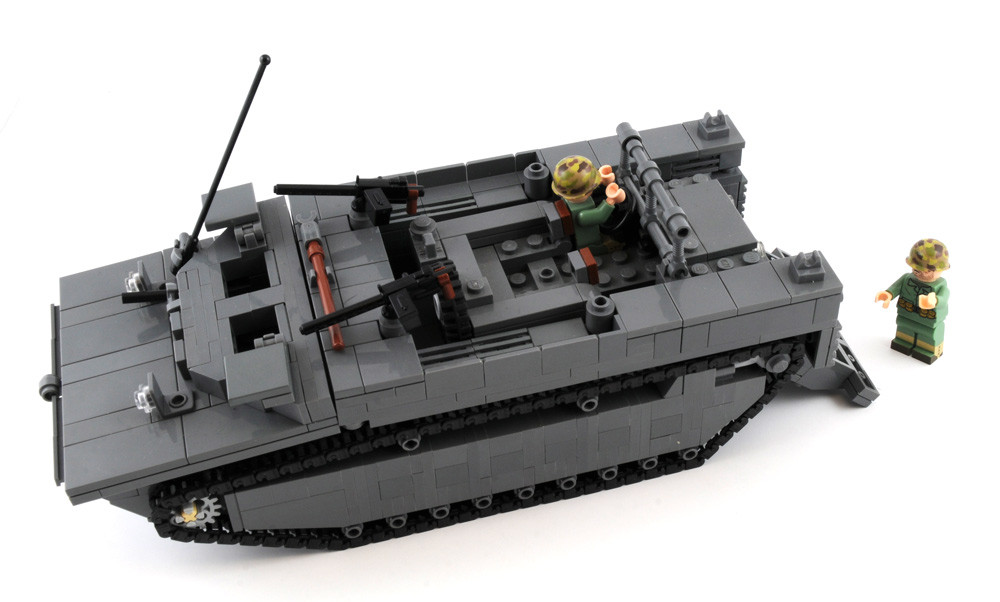 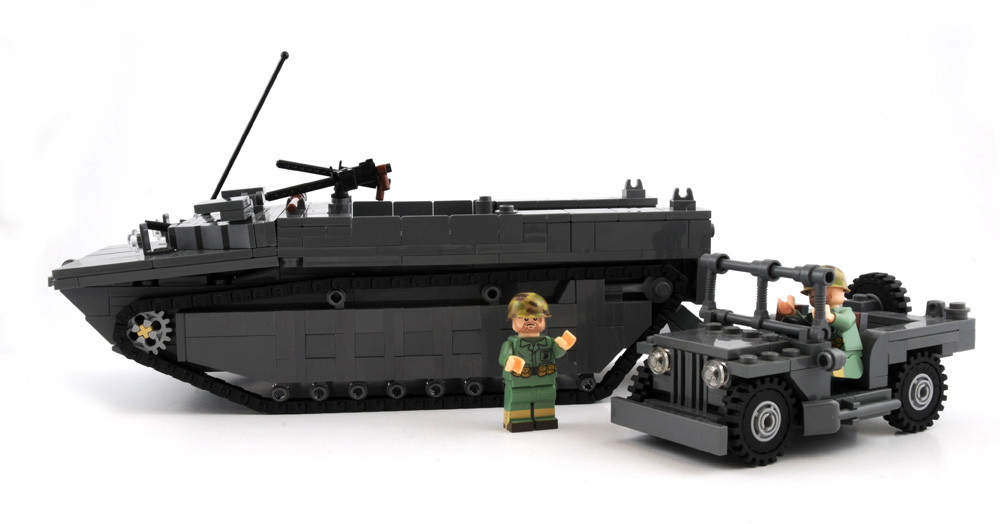 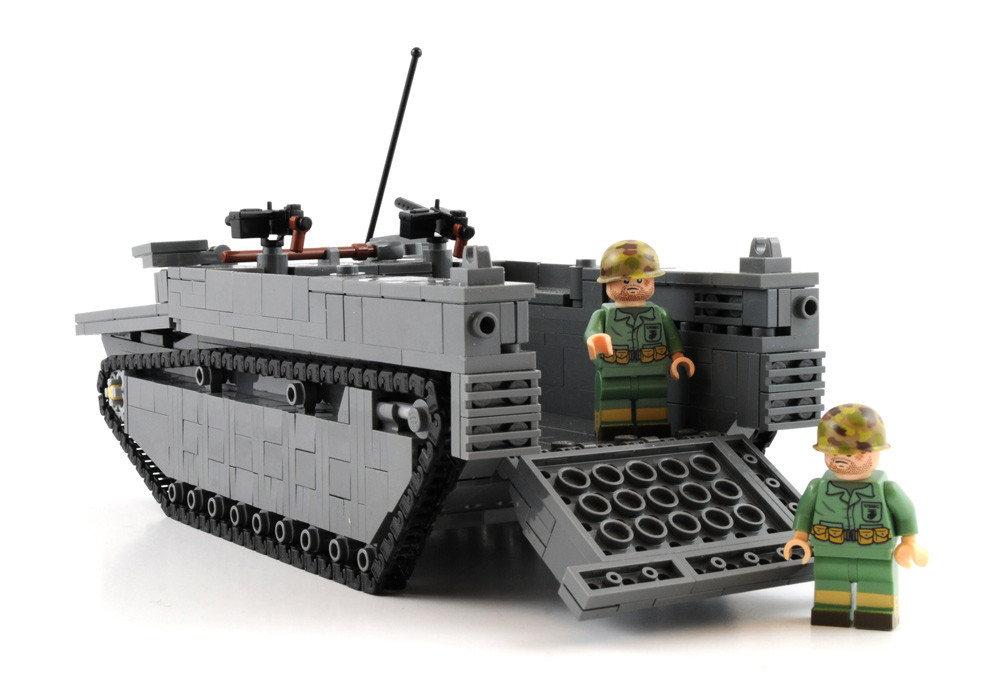 The LVT (Landing Vehicle Tracked) was designed to to fulfill the role of mobile support vehicles for bringing cargo and equipment ashore during the Pacific island hopping campaign envisioned by US strategists for the defeat of Japan. The LVT was essentially a boat while in water, but could also crawl on land using caterpiller tracks like a tank. Early LVTs were not armored, being intended mainly for the tansport of cargo. Experience during combat operations would show that the LVT was ideally suited for carrying combat troops directly to shore, especially where coral reefs prevented boats from from being effective in this task. Design improvements soon followed and fire support variants and armor kits would soon be introduced. The LVT-4 was a decendant of the earlier LVT cargo transports, but had significant improvements, most noteably a ramp at the rear so that troops and cargo could be discharged directly onto the beach (rather than over the sides of the earlier versions) . Many LVT-4s were fitted with armor kits over the crew compartment and were generally fitted with 2-4 machine guns to provide suppressive fire onto the beach.  The LVT-4 could carry as many as 30 combat equipped troops, cargo and supplies, an artillery piece, or even a 1/4 ton 4x4 JEEP.

The LVT-4 kit has the following features:

All Brickmania model kits are made of new-condition LEGO bricks and this one includes compatable weapons by BrickArms. This model comes disassembled and includes completed printed building instructions and comes packaged in a sealed box. This is a limited edition kit and priduction may be discontinued at any time.