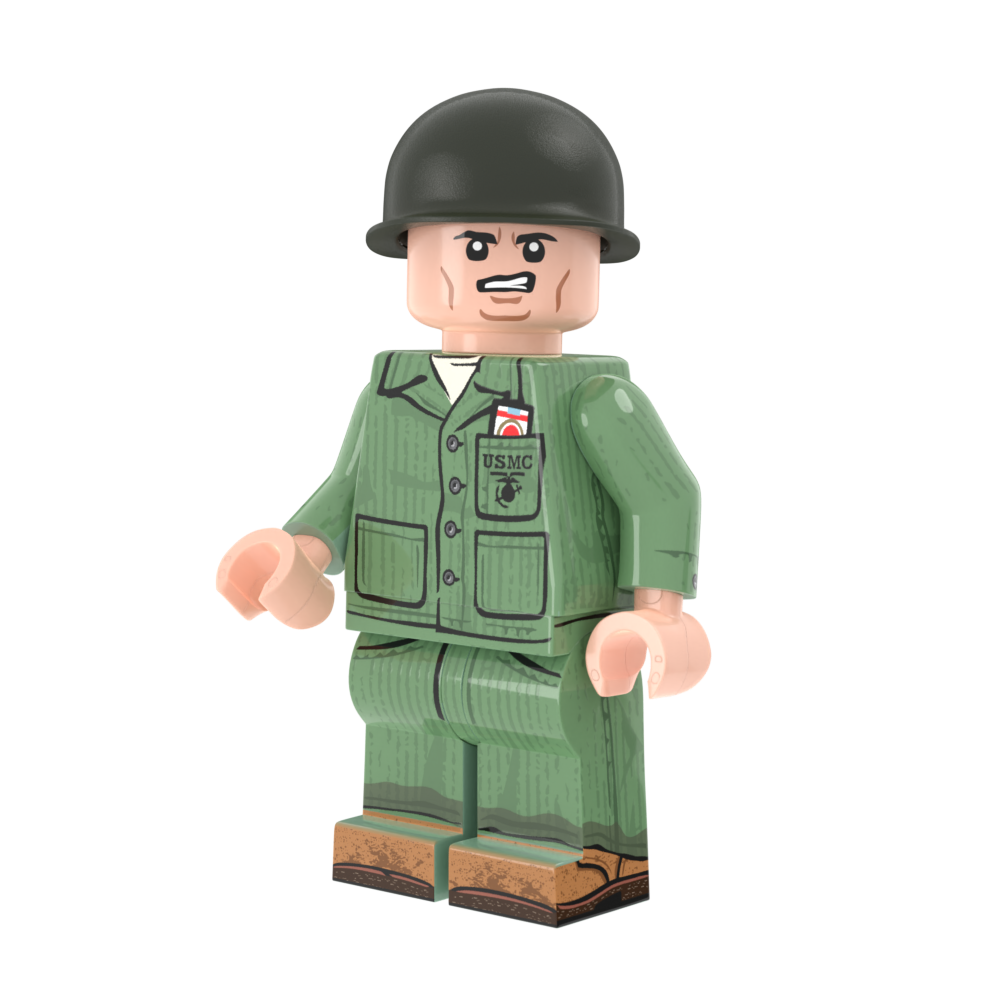 About the LVT-1 – Amphibious Landing Craft:

Originally nicknamed the “Alligator,” tracked amphibious vehicles were designed initially for search and rescue operations in the murky swamplands of South Florida. Donald Roebling, the engineer behind the rescue vehicle, received interest from the United States Marine Corps for a military version of the amphibious tractor. By the late 1930s, Japan loomed as the biggest threat to the United States in the Pacific Ocean. The Marines needed to be prepared.

Officially designated as Landing Vehicle, Tracked, or LVT-1, it went into service in the summer of 1941. Sporting a top speed of 20 mph on land and 7 mph on water, the LVT-1 could carry an assortment of gear and troops. A complement of .30 and .50 caliber Browning machine guns offered security to the crew. The LVT-1 is most discernible because of its forward mounted driving compartment, which required a crew of three to operate. The LVT-1 was unarmored and originally designed for secondary or tertiary support—ferrying supplies from ship to shore. However, strategists thought otherwise, and field-expedited armor was added. Over 1,200 LVT-1s were produced with many seeing action with the 1st Marine Division during the invasion and ensuing battle on Guadalcanal.

Bristling with weapons and a sleek hull, this landing craft has plenty of room for 8+ passengers and an included driver minifig. Brickmania® Track Links™ and detailed BrickArms® machine guns lend this LVT-1 a menacing stance that will look amazing in your collection or rolling out of the ocean in your latest MOC.