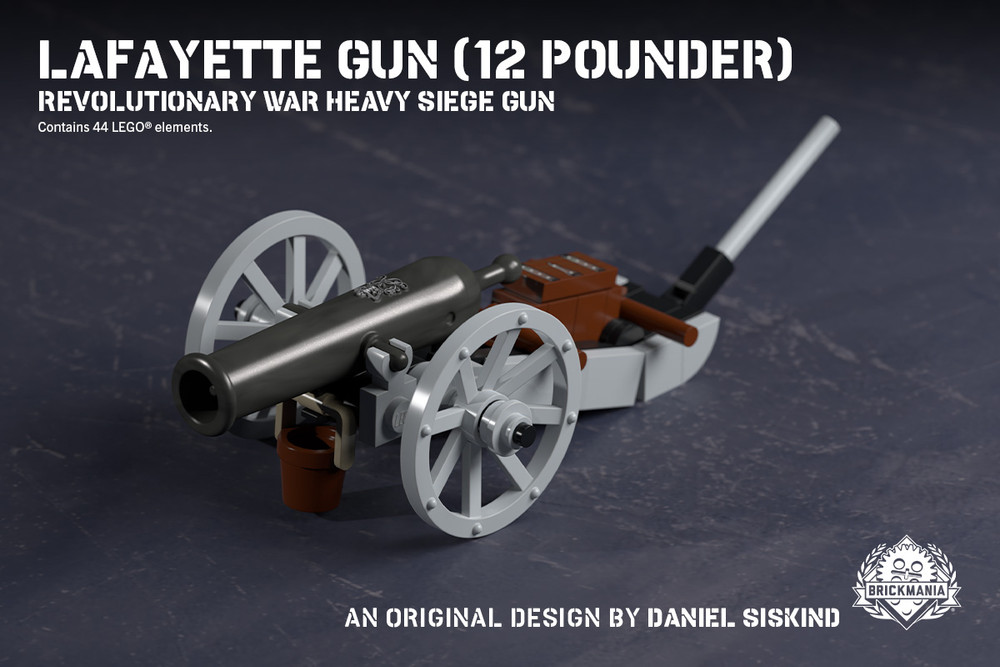 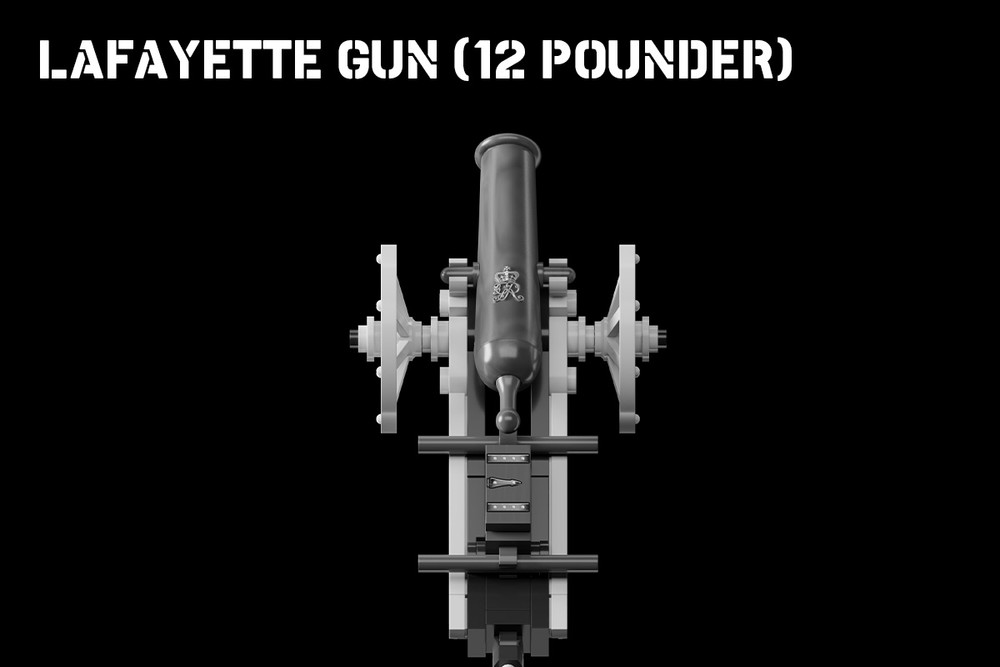 British General Lord Charles Cornwallis and his army surrendered to General George Washington’s American force and its French allies at the Battle of Yorktown on October 19, 1781. One of three division commanders in the American army during the Yorktown campaign was 24-year-old Maj. Gen. Marquis de Lafayette who oversaw an attack during the battle on Redoubt 10 with 400 men led by Lt. Col. Alexander Hamilton. Captured in the attack was a 12-pounder cannon that Lafayette had inscribed "Surrendered at the Capitulation of Yorktown October 19, 1781" and then turned it over to the American Chief of Artillery. Today it is displayed as the centerpiece of the visitor center at Yorktown National Battlefield where it was captured 240 years ago.

Adorned with a beautifully printed royal seal of King George III (it was captured after all) the Lafayette Gun kit is a functional LEGO® cannon element capable of launching projectiles. The build itself is simple, sturdy and features a printed ammo crate as well as the gun’s royal seal, making it a perfect blend of functionality and detail.