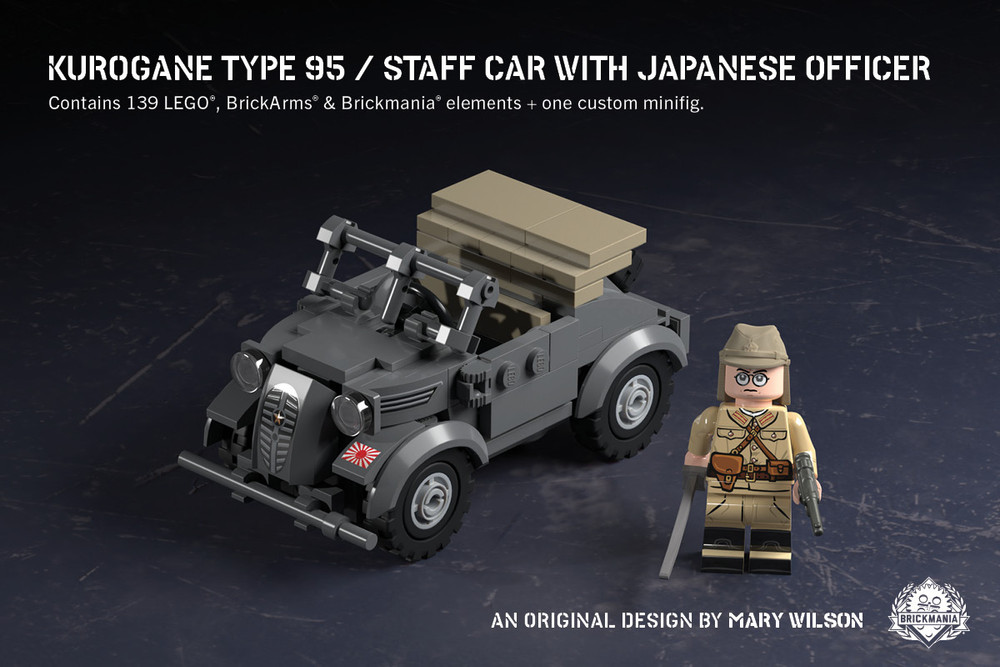 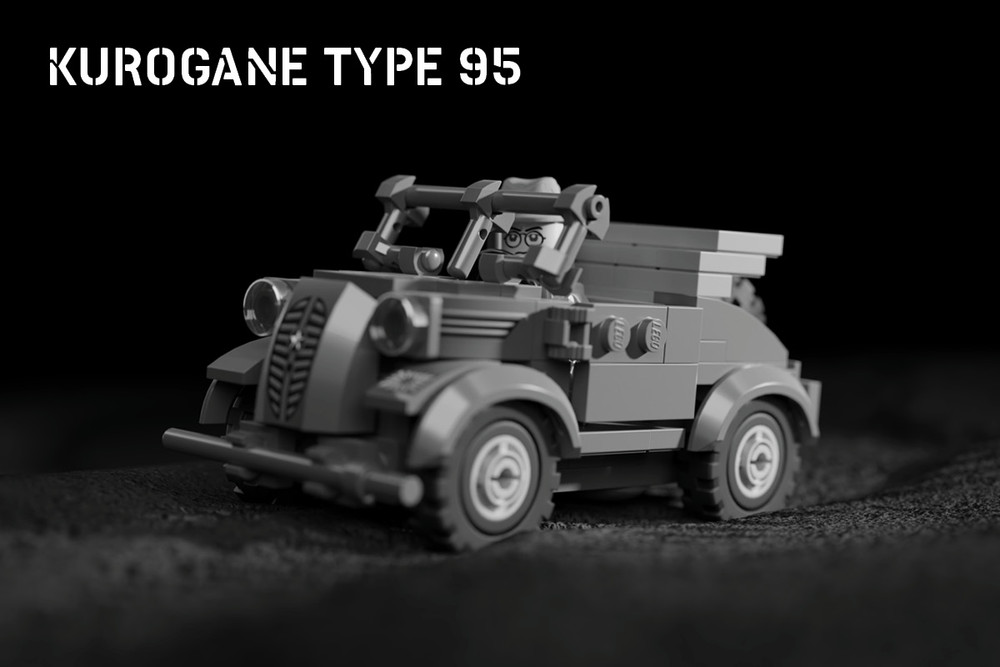 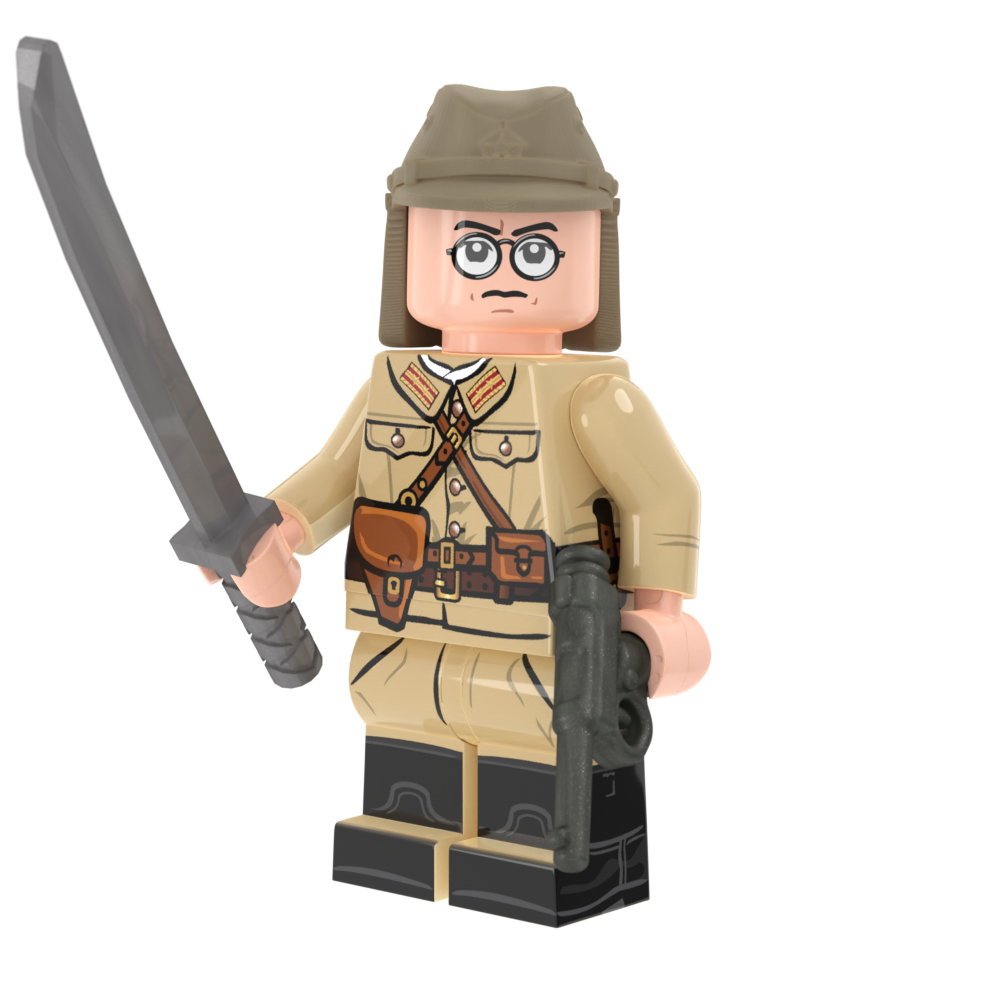 About the Kurogane Type 95 – Staff Car with Japanese Officer:

The Kurogane Type 95 Staff Car filled a similar role in the Japanese military as American 4x4 utility trucks. Armies are always in need of small, nimble, and reliable scout cars to traverse the landscape. The Type 95’s roots can be traced back to 1934 when a need was realized for a compact 4x4 car. In fact, the Type 95 was the world’s first mass-produced compact four-wheel drive car. The small car could handle rough terrain, especially the narrow jungle roads of Southeast Asia and China. The car had a 2+1 seating configuration, perfect for transporting officers and other high-ranking officials. Perhaps its most important component was its two-cylinder, V-twin, four-stroke, air-cooled gasoline engine. The construction of this engine meant it could handle all types of conditions—from the cold winters of China to the steamy jungle islands of the Pacific.

Nearly 5,000 of the cars were built, and like its Allied counterparts, saw action wherever the military was. Various versions of the car were developed. Some of these had machine guns mounted—such as the Type 11, Type 96, or Type 99–while others used larger engines. While Japanese ships and aircraft received much of the notoriety, utilitarian cars and trucks, like the Type 95, were the backbone.

This build features some major upgrades! All details are custom printed, play features include opening doors and an extra tire. Plus, a new Japanese officer minifig with Katana and BrickArms Nambu pistol – featuring a new custom-created field cap with neck flaps!