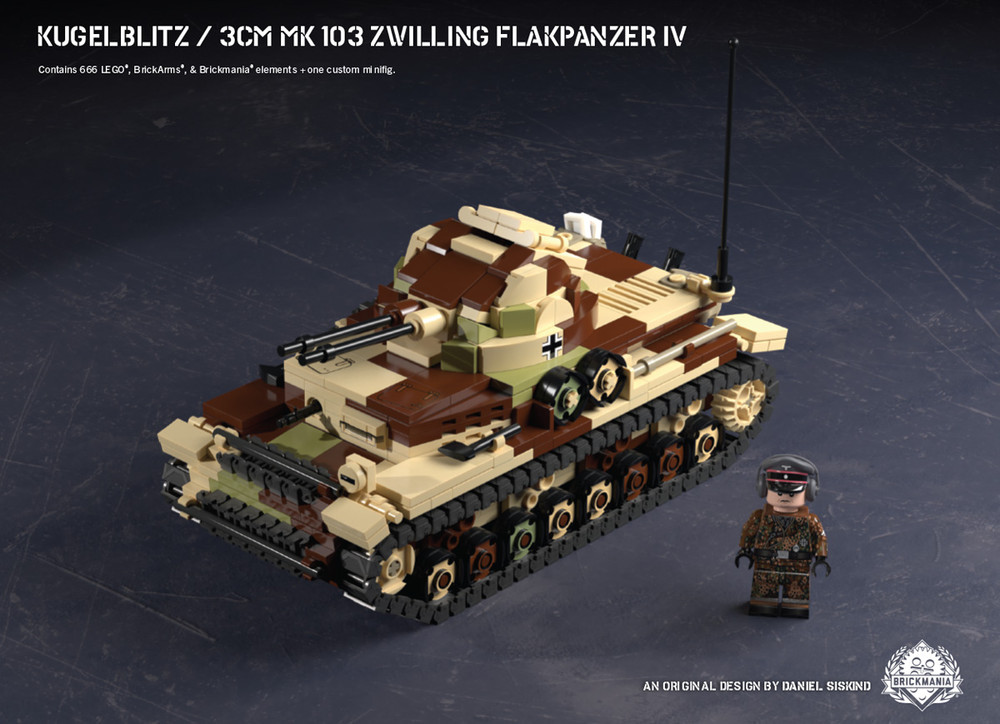 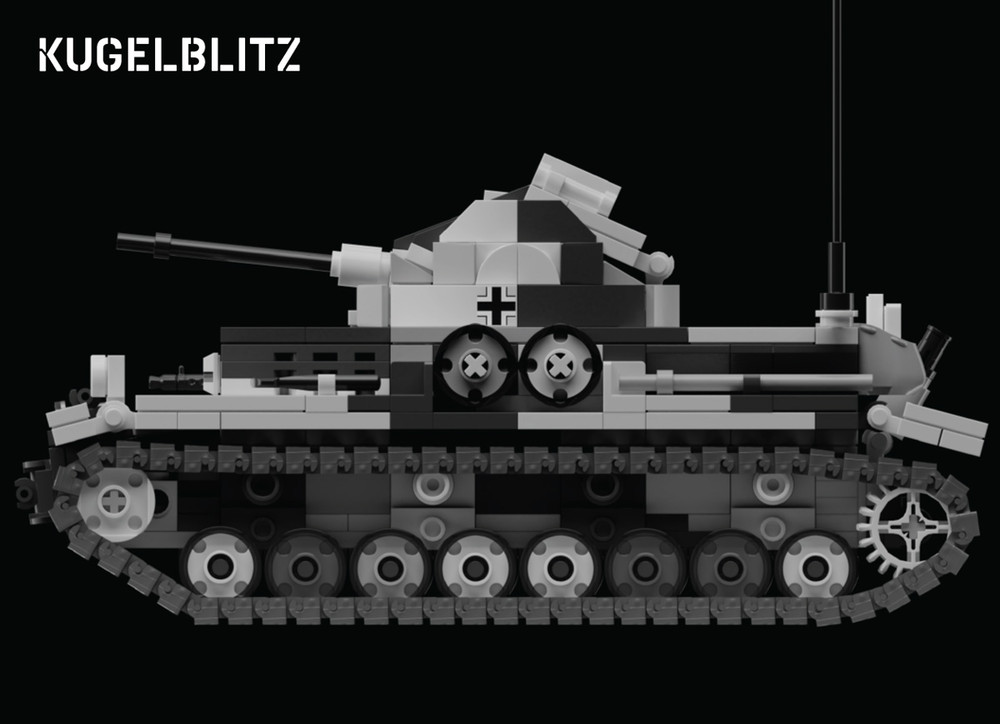 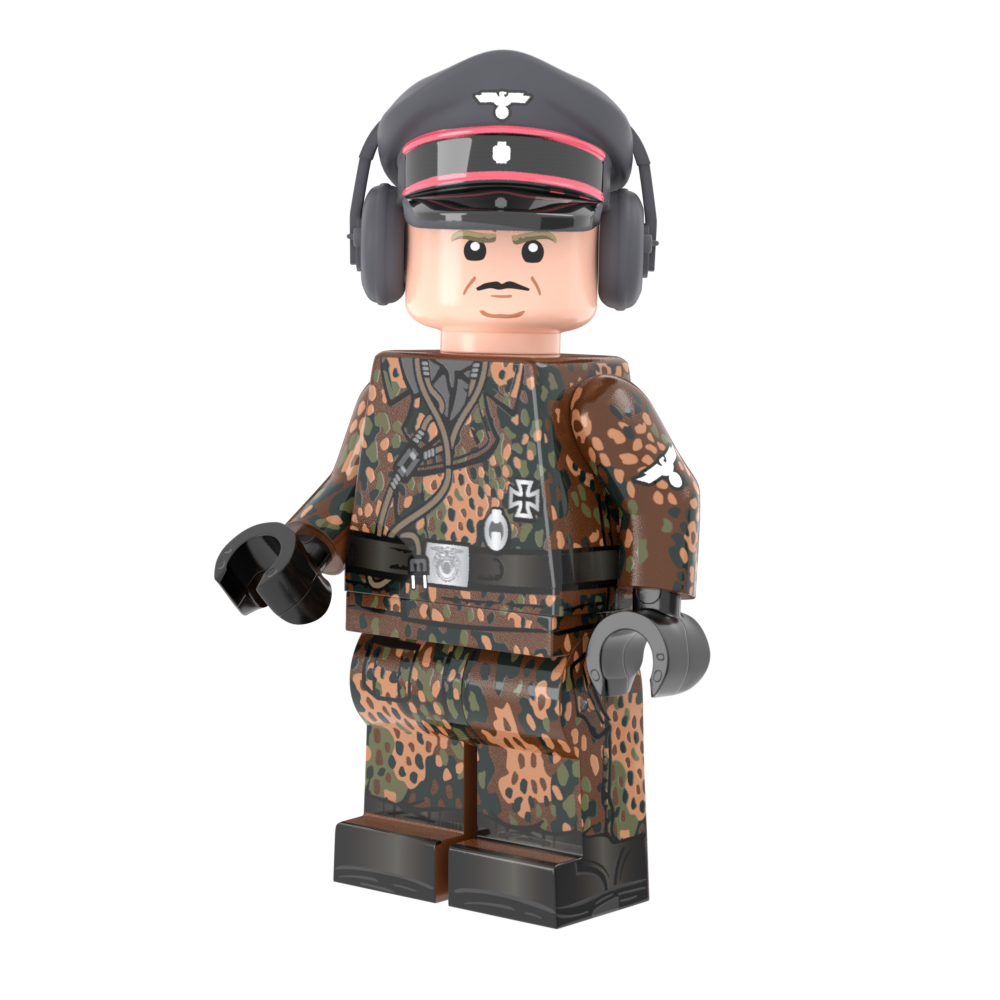 As the skies over Germany became further controlled by Allied aircraft, Panzer divisions were devastated by unchallenged aerial attacks often at the center of the most intense fighting. To make matters worse, the various anti-aircraft vehicles at their disposal were vulnerable to the attacks they were meant to repel. These anti-aircraft vehicles’ main problem was that they lacked a fully enclosed crew compartment. This shortcoming was to be corrected by the production of a new vehicle with a fully enclosed turret, the Leichte Flakpanzer IV 3 cm known as Kugelblitz. However, relentless Allied bombing raids over German territory meant that many factories were not at full production capacity and were not able to produce the Kugelblitz en masse, it is reported that just 2-5 prototypes were built in late 1944.

As durable as it is deadly, the Kugelblitz kit features all printed details and no stickers. The turret elevates and rotates incredibly smoothly, and the top hatch easily fits the kit’s custom minifig. The chassis itself is rock solid and includes tools, gear, and extra tracks.