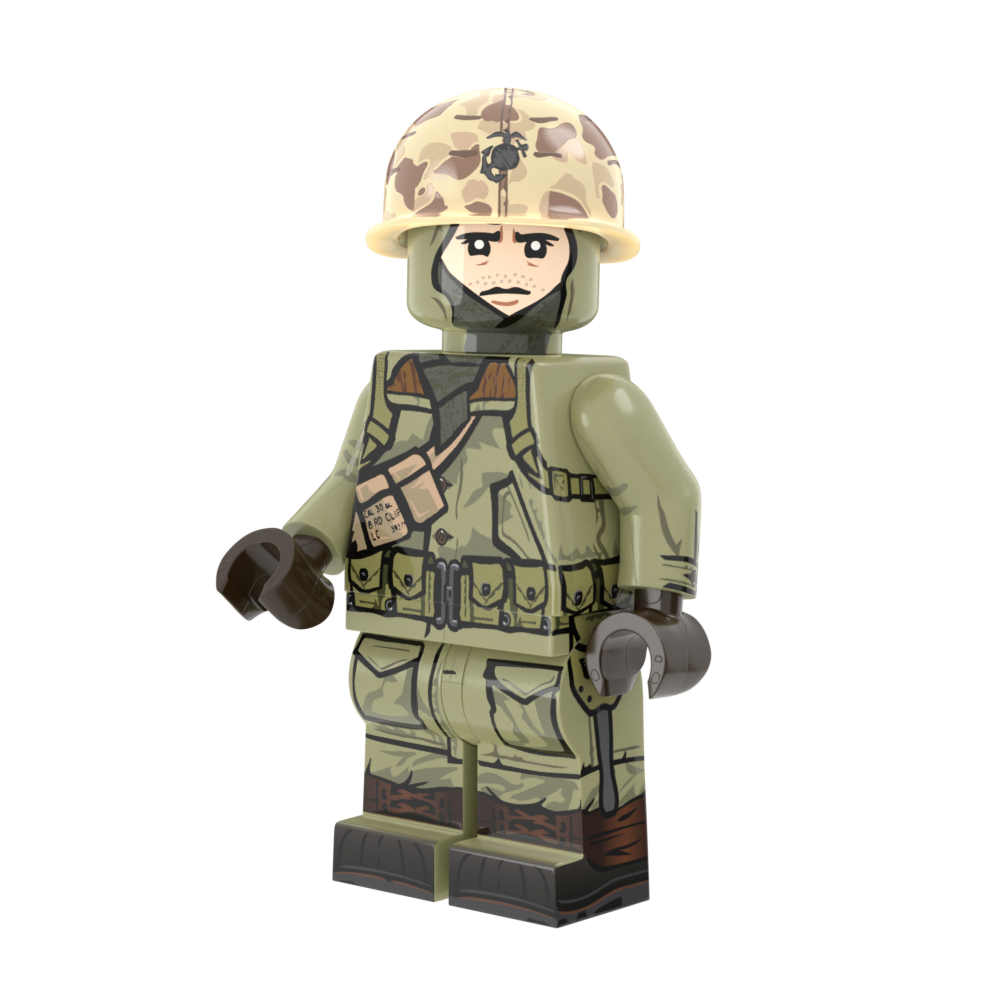 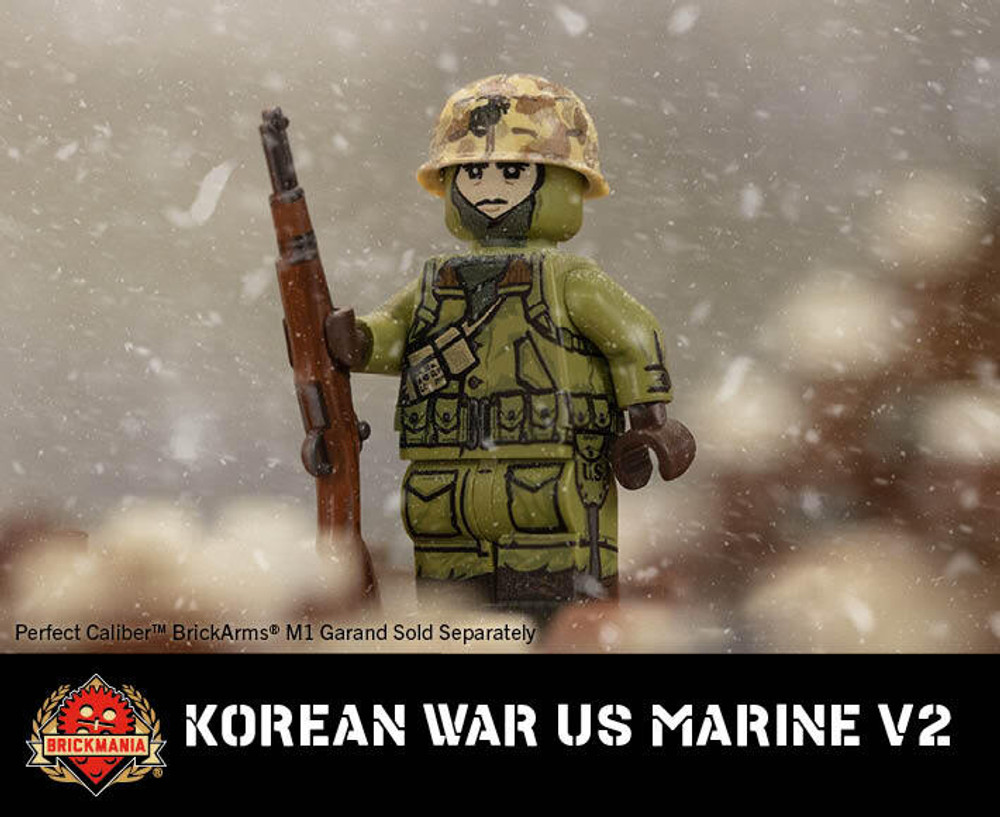 About the Korean War US Marine V2:

In November 1950, the Chinese force surprised the US X Corps commanded by Major General Edward Almond in the Chosin Reservoir area. A brutal 17-day battle in freezing weather soon followed. Between 27 November and 13 December, United Nations Command troops (later nicknamed "The Chosin Few") under the field command of Major General Oliver P. Smith were encircled and attacked by Chinese troops under the command of Song Shilun. The UN forces were nevertheless able to break out of the encirclement and to make a fighting withdrawal to the port of Hungnam, inflicting heavy casualties on the Chinese. The retreat of the US Eighth Army from northwest Korea in the aftermath of the Battle of the Ch'ongch'on River and the evacuation of the X Corps from the port of Hungnam in northeast Korea marked the complete withdrawal of UN troops from North Korea.

Compliment your build with a Perfect Caliber™ Brickarms® M1 Garand 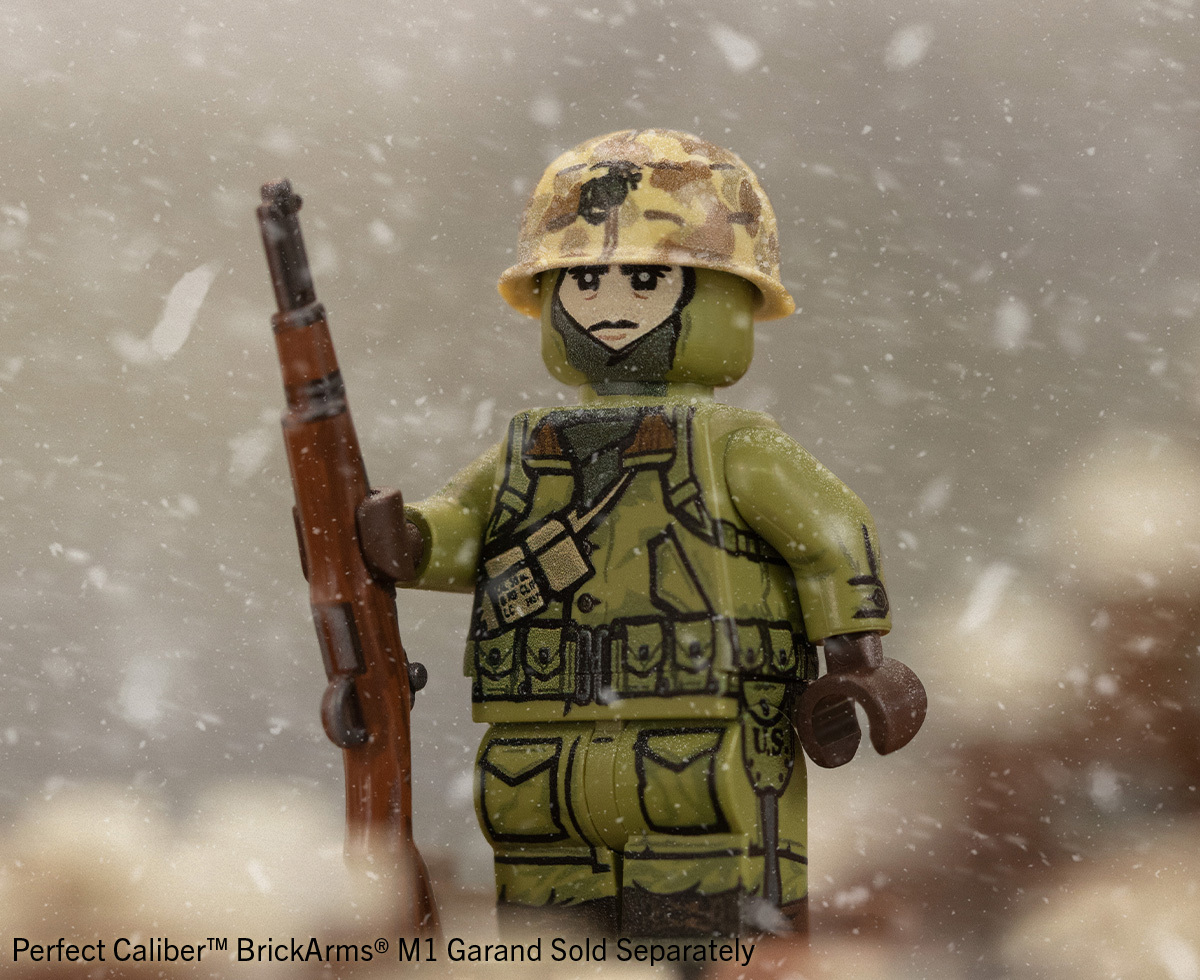