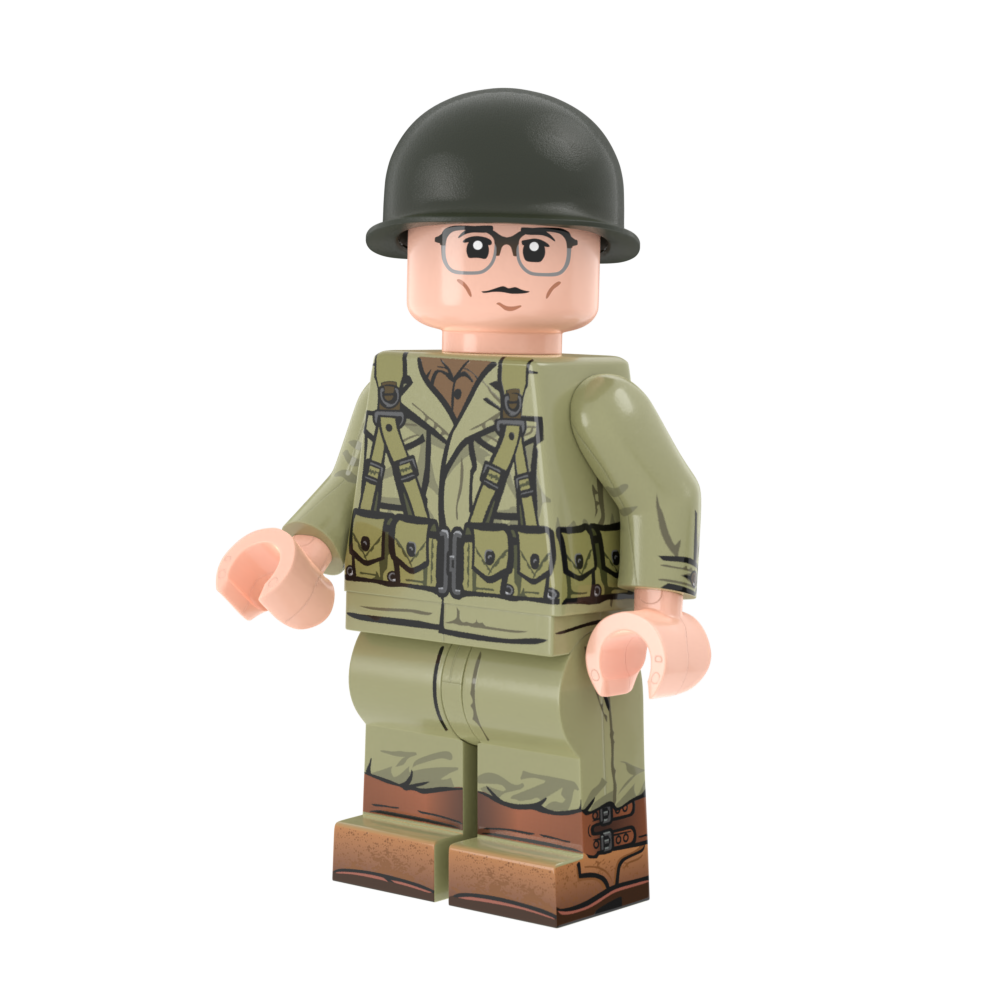 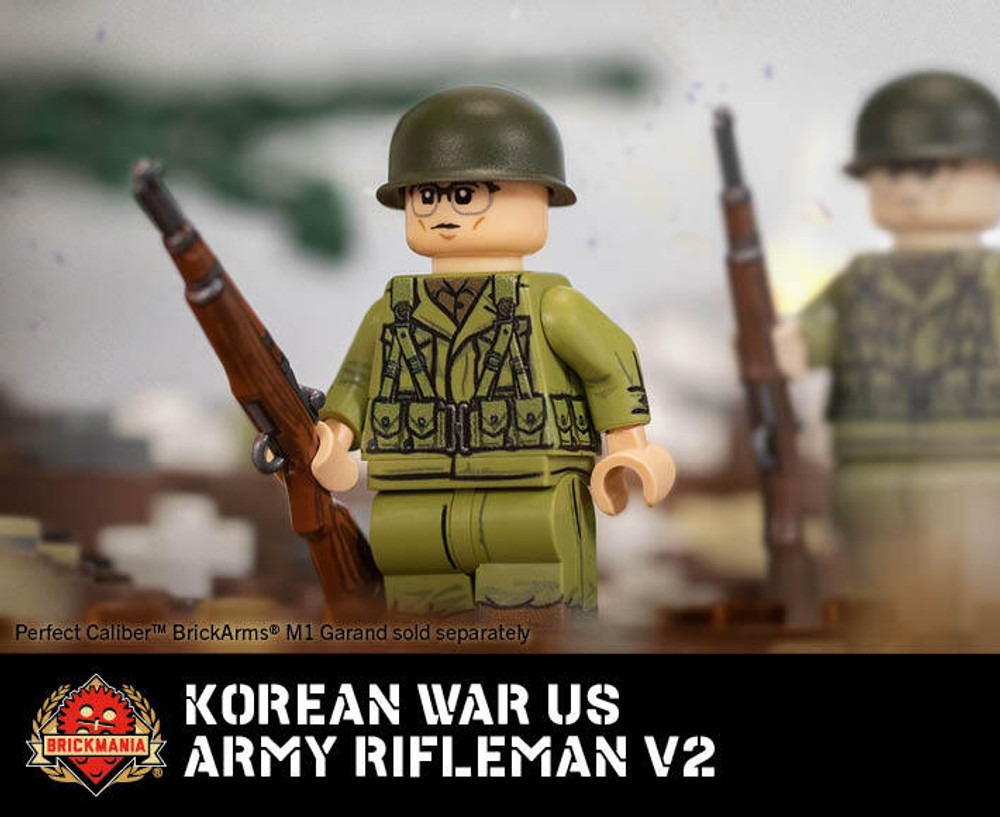 About the Korean War US Army Rifleman V2:

In response to North Korea's invasion into South Korea the U.N. demanded North Korea's immediate withdrawal. And to halt the rapid progress of North Korean forces into the south Task Force Smith was deployed to the Korean front from Japan. Task Force Smith consisted of U.S. Army officers and regiments of the Army's 24th Infantry Division that were stationed in Japan as occupational forces.

Compliment your build with a Perfect Caliber™ Brickarms® M1 Garand 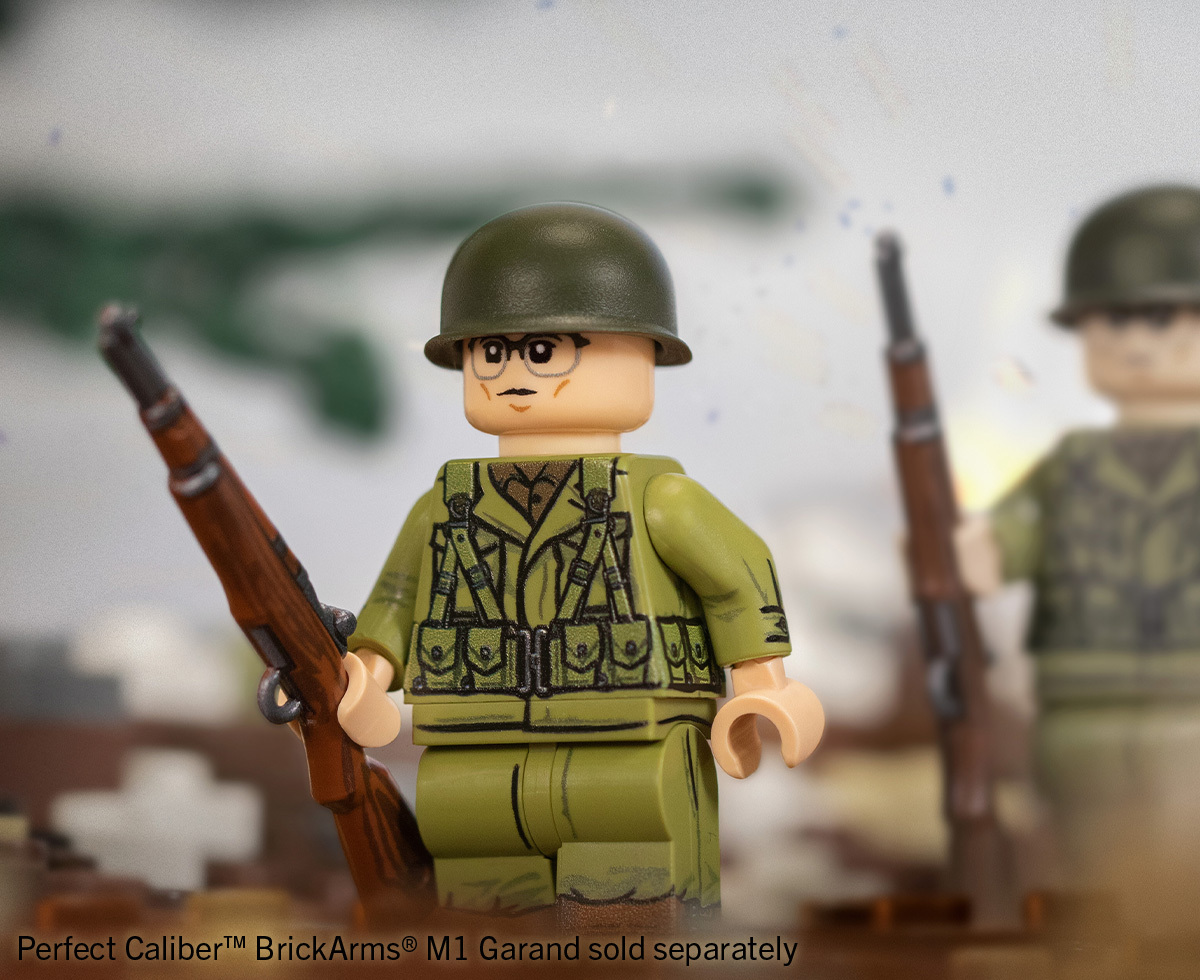