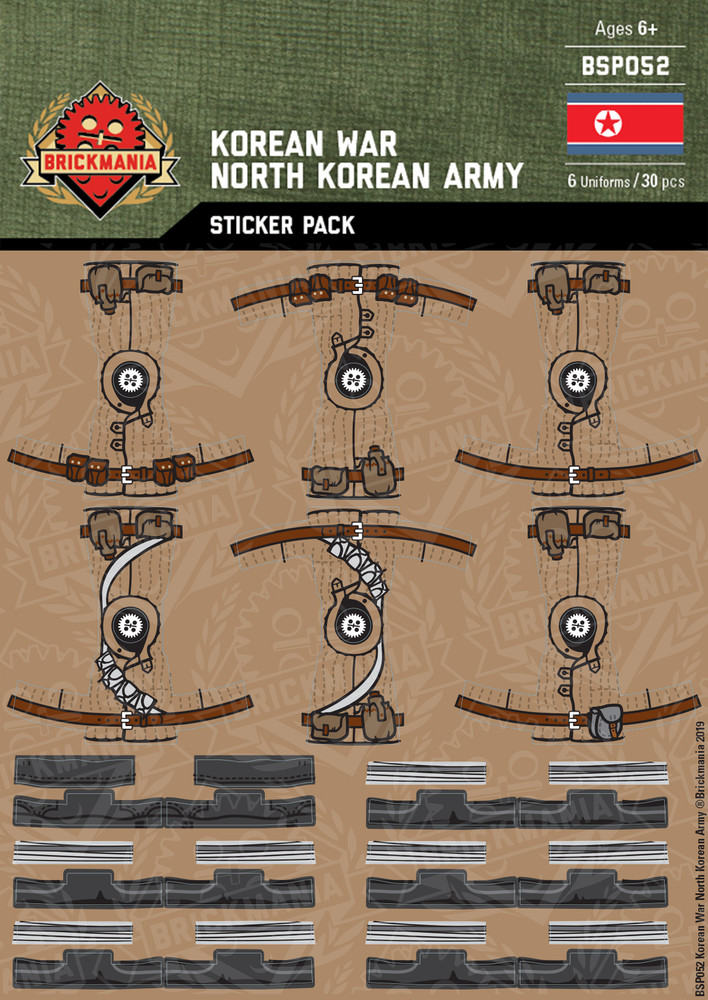 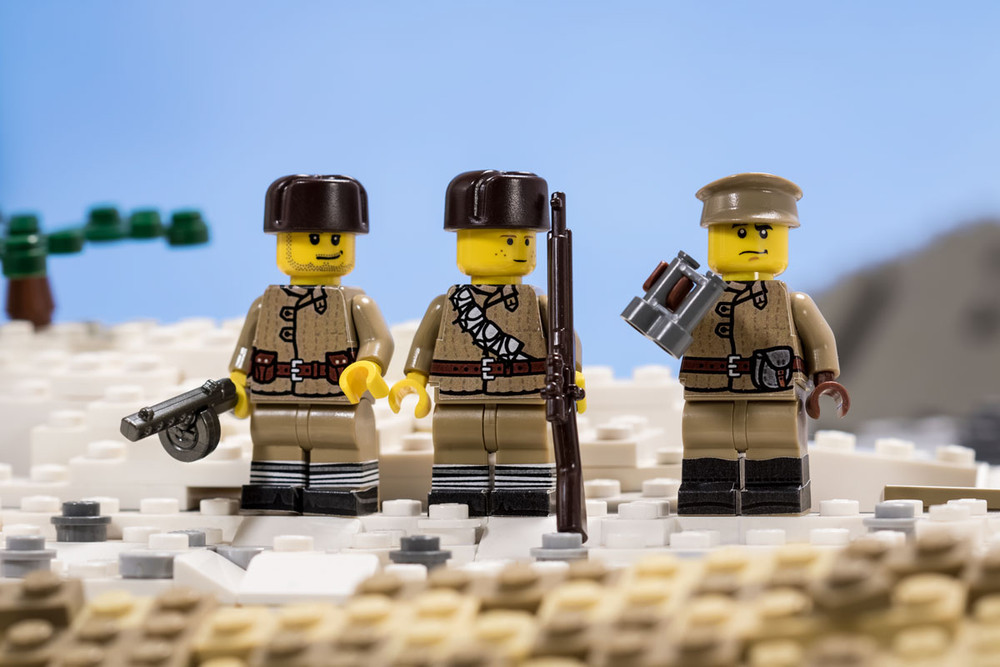 Considered the first military action of the Cold War, the Soviet-backed Republic of North Korea led an invasion on June 25, 1950 across the 38th parallel with nearly 75,000 troops to begin the conflict known as the Korean war. Thanks to their easterly allies, the North Korean Army wore WWII-era Russian cold weather gear modified to the specifications of the Democratic People’s Republic of Korea.

Set up your soldiers for victory with this high-quality sticker pack from Brickmania! The Korean War North Korean Army - Sticker Pack has artwork based on the uniform of the common soldier. 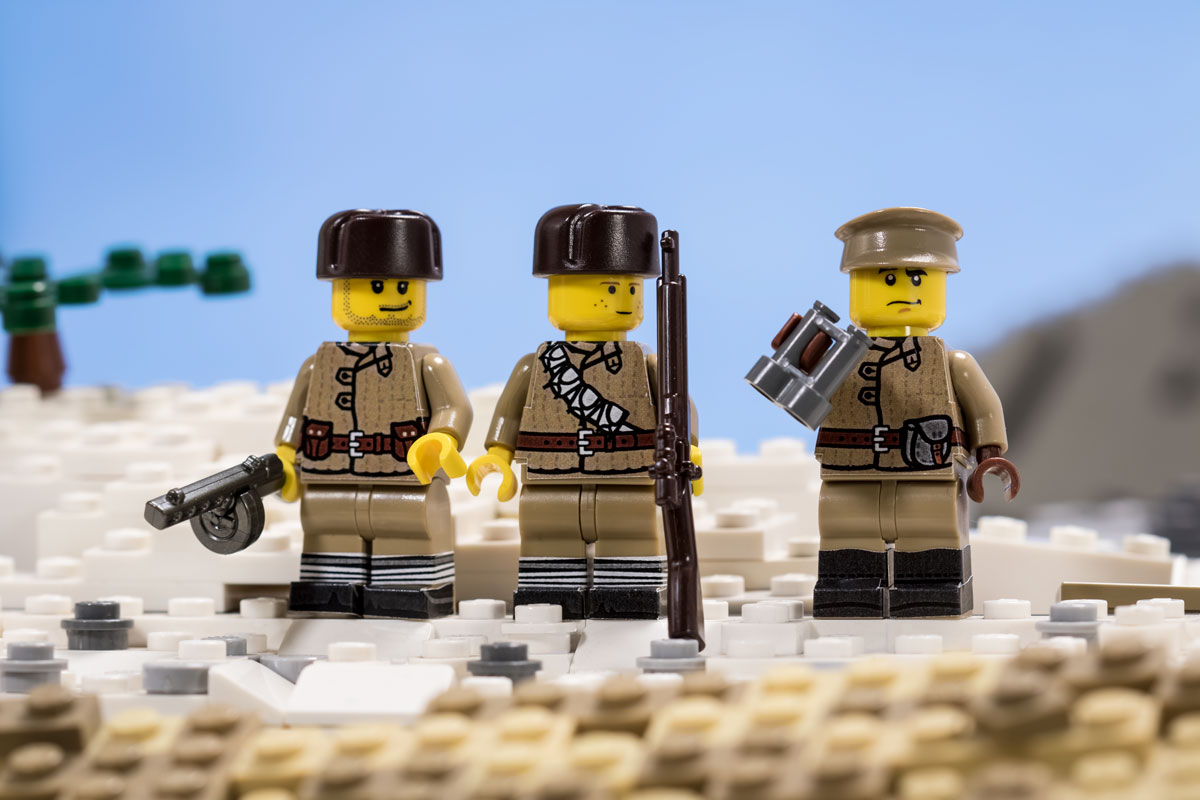