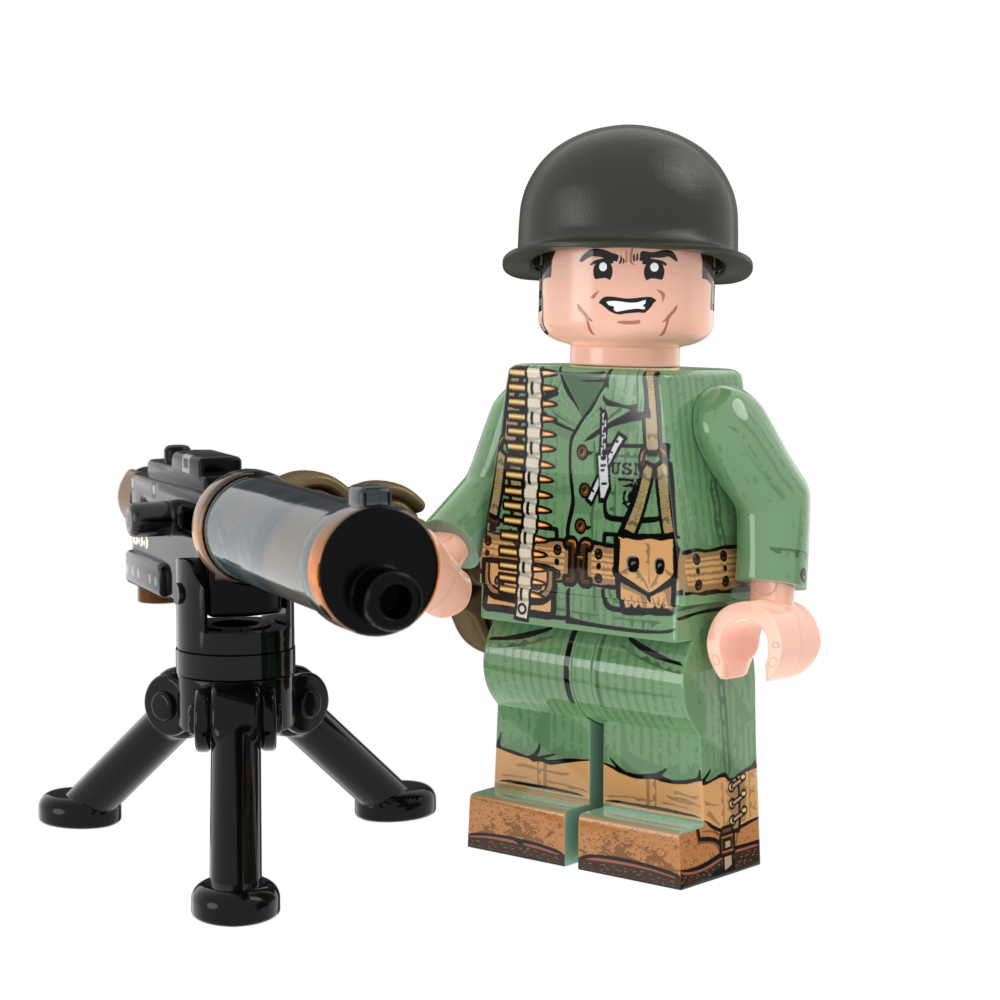 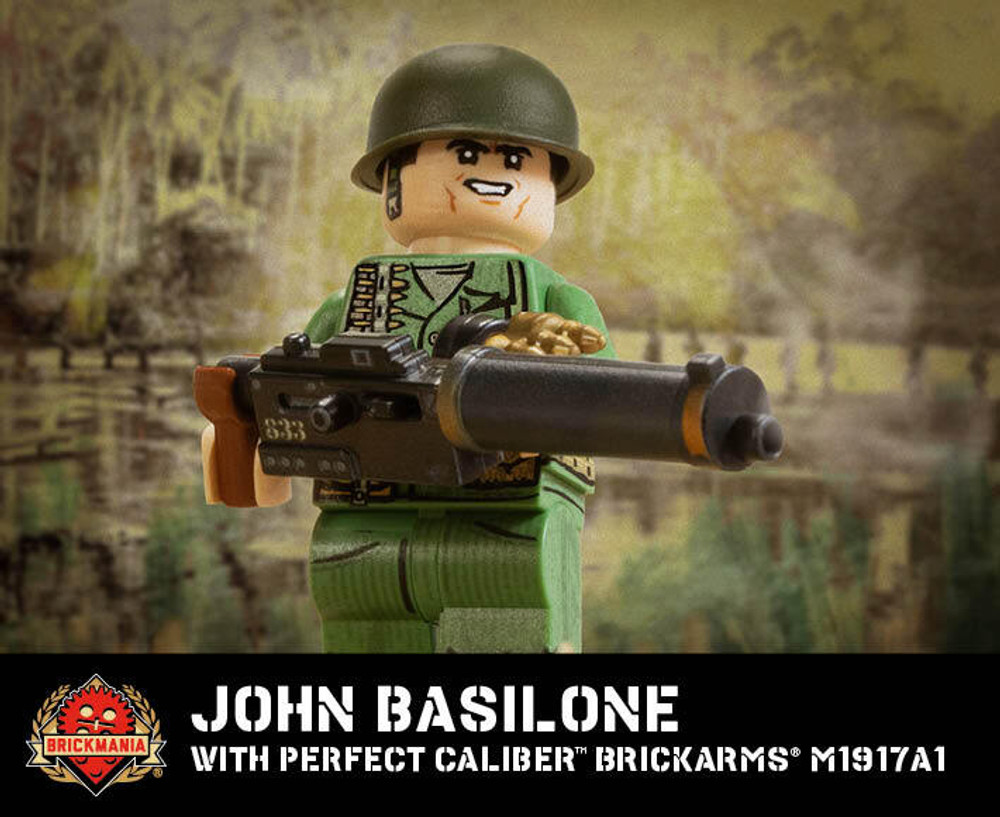 This highly detailed John Basilone with Perfect Caliber™ BrickArms® M1917A1 figure features incredible printing and is manufactured at Brickmania® Headquarters in Minneapolis. Basilone was a United States Marine Corps Gunnery Sergeant who received the Medal of Honor for heroism above and beyond the call of duty during the Battle for Henderson Field in the Guadalcanal campaign as well as the Navy Cross posthumously for extraordinary heroism during the Battle of Iwo Jima. He was the only enlisted Marine to receive both of these decorations in World War II. 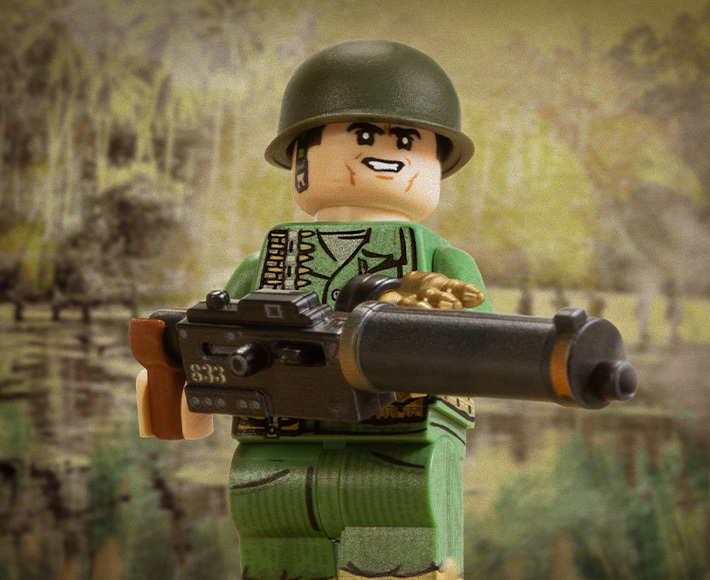