About the Jagdtiger Heavy Tank Destroyer:

The German made Jagdtiger or “Hunting Tiger” (officially the Panzerjäger Tiger Ausf. B) was an absolutely massive machine. Weighing in at 83 tons, loaded with a 128mm PaK 44 anti-aircraft gun, and protected with 250mm (9.84 in) of armor in the casemate superstructure, the Jagdtiger still remains heavier than the modern M1 Abrams and Leopard 2 tanks of today. Though its effectiveness near the end of the war was minimal, the Jagdtiger is an iconic example of massive undertakings by the German Amy throughout the duration of World War II. 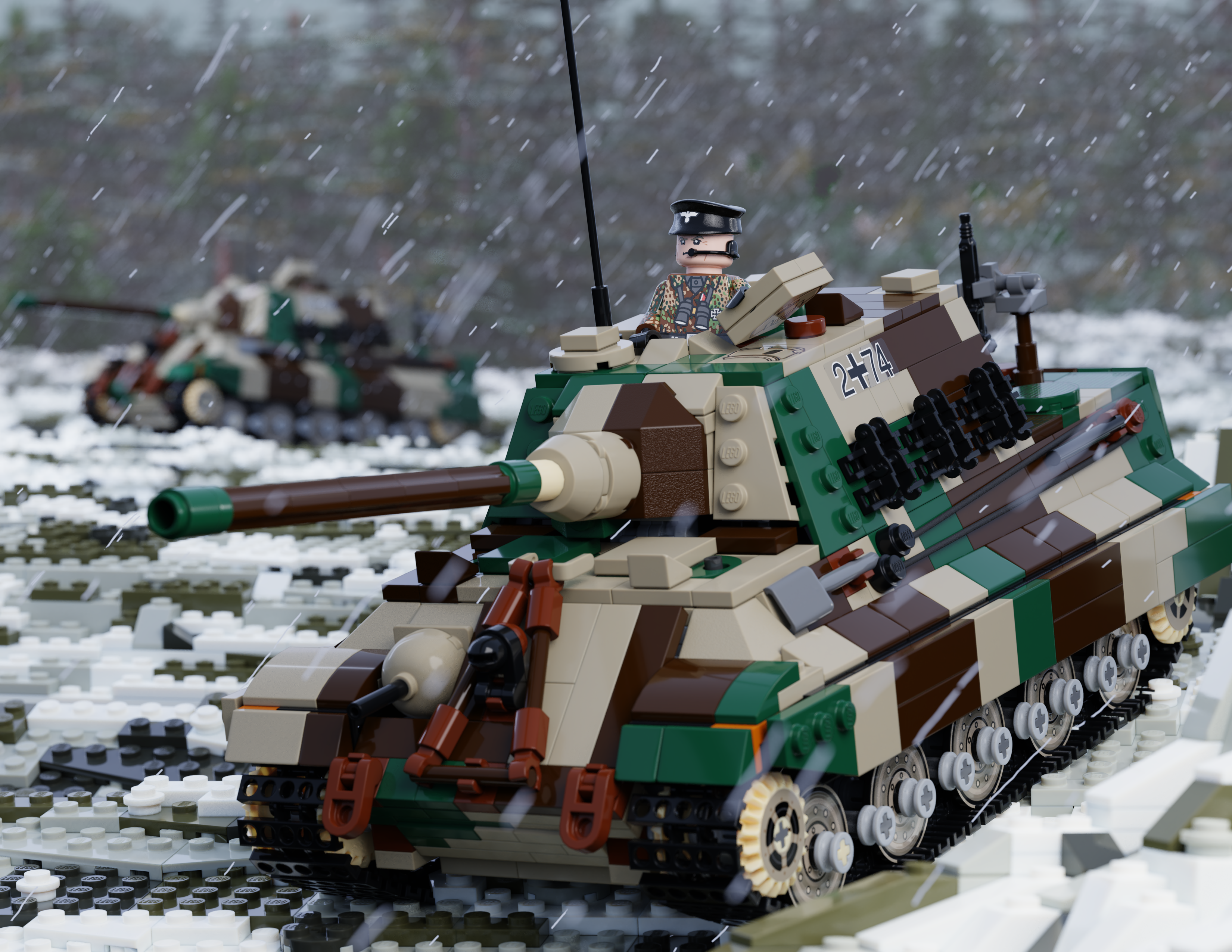 All Brickmania® model kits are made of new-condition LEGO® bricks. This model comes disassembled and includes complete printed building instructions and comes packaged in a sealed box. This is a limited-edition kit and production will be discontinued after its initial run.