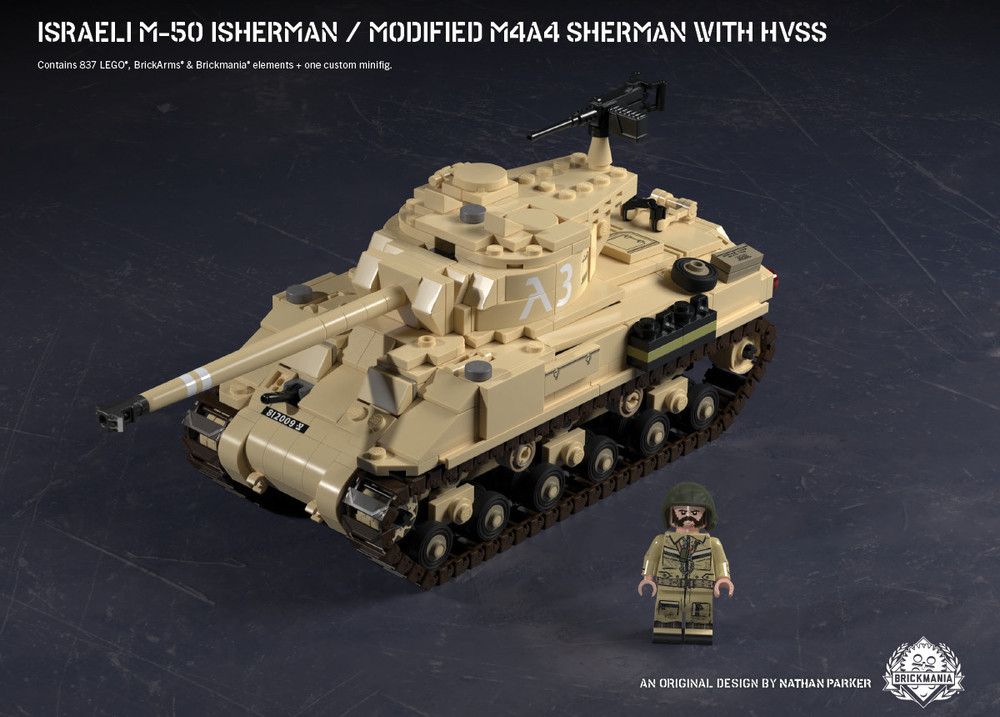 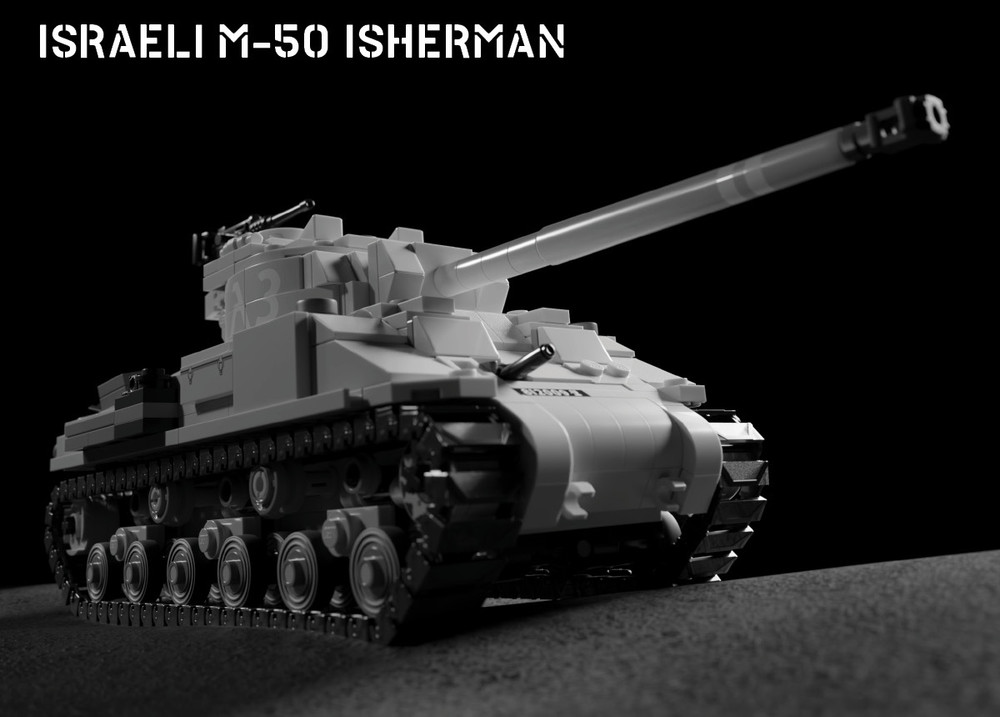 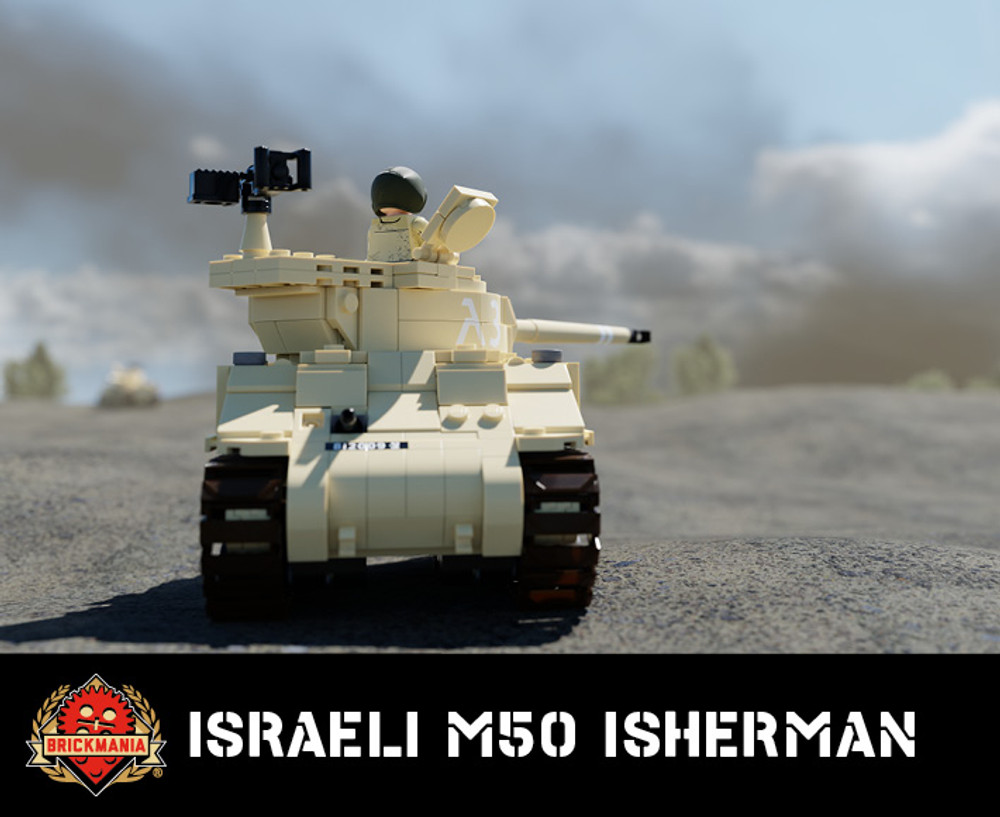 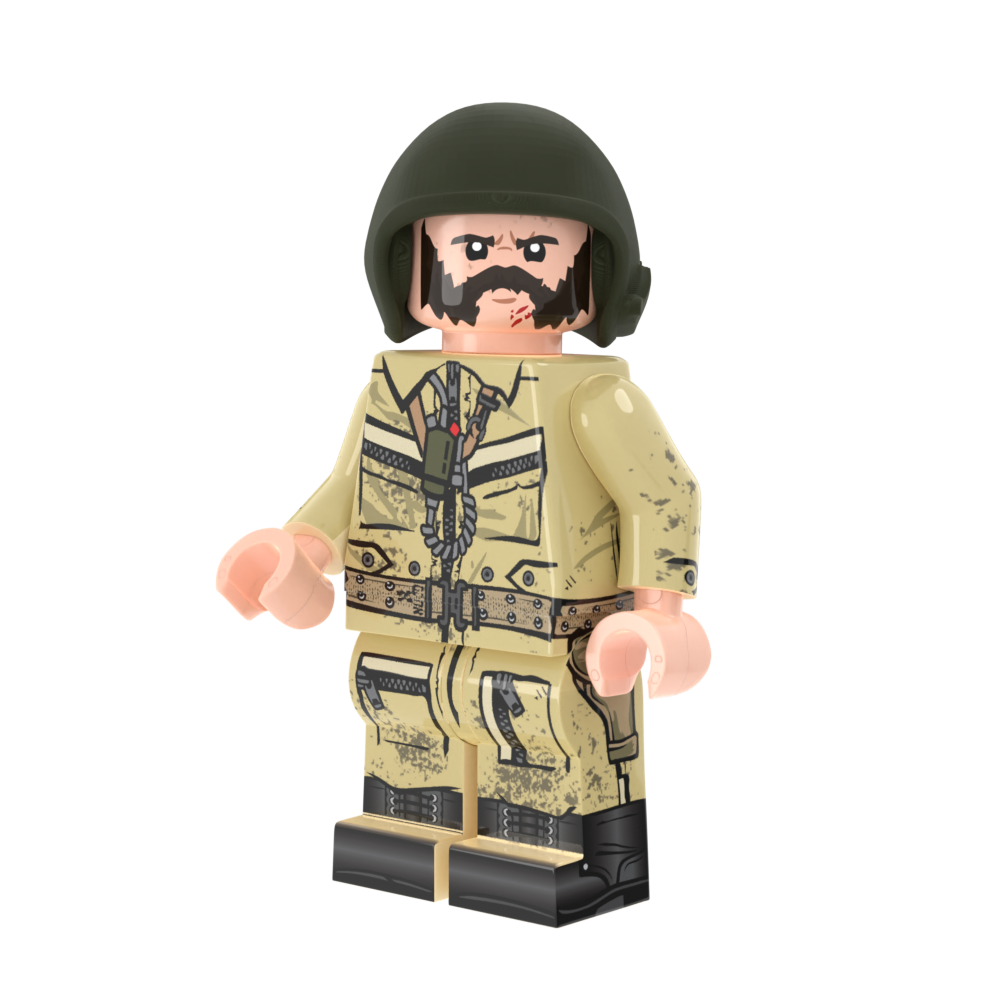 About the Israeli M50 Isherman – Modified M4A4 Sherman with HVSS:

The State of Israel was founded from the aftermath of World War II on May 14, 1948, followed by the Israeli Defense Force on May 28. From its inception, the State of Israel was in conflict with its neighbor countries. The Six Day War (June 5–10, 1967) saw a coalition of Arabic forces—Jordan, Egypt, and Syria—mobilize against Israel. In response, Israel attacked. Spearheading the IDF was the M-50 Sherman Tank.

By 1950, Israel was importing retired Sherman tanks from the United States to build up their armored divisions. While looking at procurement options, Israeli brass saw demonstrations of the French AMX-13 light tank. Impressed, they were also ordered. The Israelis were additionally fascinated by the light tank’s imposing gun. Military strategists thought the French high-velocity 75mm gun could be retrofitted to the older M4 chassis. Essentially, the Israelis followed what the British did to create the Sherman Firefly. Roughly 300 Shermans were upgraded to the French CN 75-50 gun. A counterweight was added to the M4A4(76) turret to help with weight distribution. The Sherman kept the original chassis, utilized the HVSS suspension system, and upgraded the power plant to a Cummins Diesel engine. The “new” M-50 Sherman, tan in color, with an imposing long-barreled gun and aggressive muzzle brake, took on the moniker of Super Sherman. 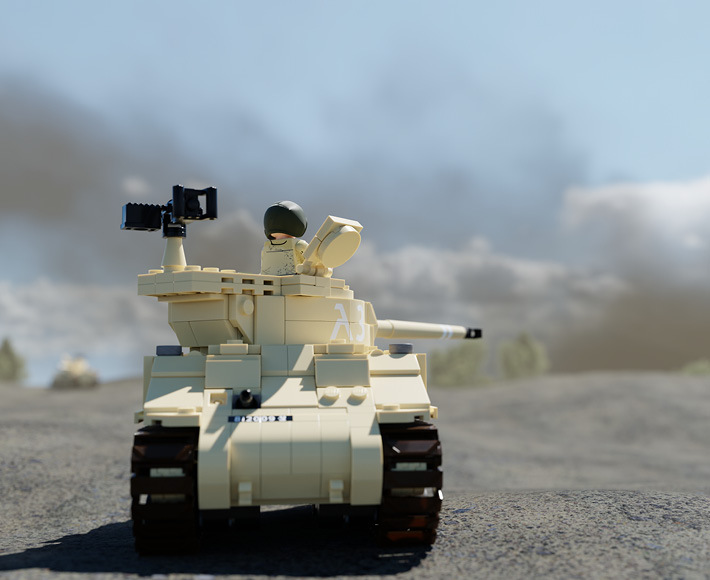 Featuring a simulated suspension and Brickmania® Track Links™, this smooth rolling kit has a modeled interior with radial engine and space for your crew in the hull. Also featuring a multitude of original printed parts and unique Brickmania® pieces, this “super” model is sure to become the envy of your collection or MOC.