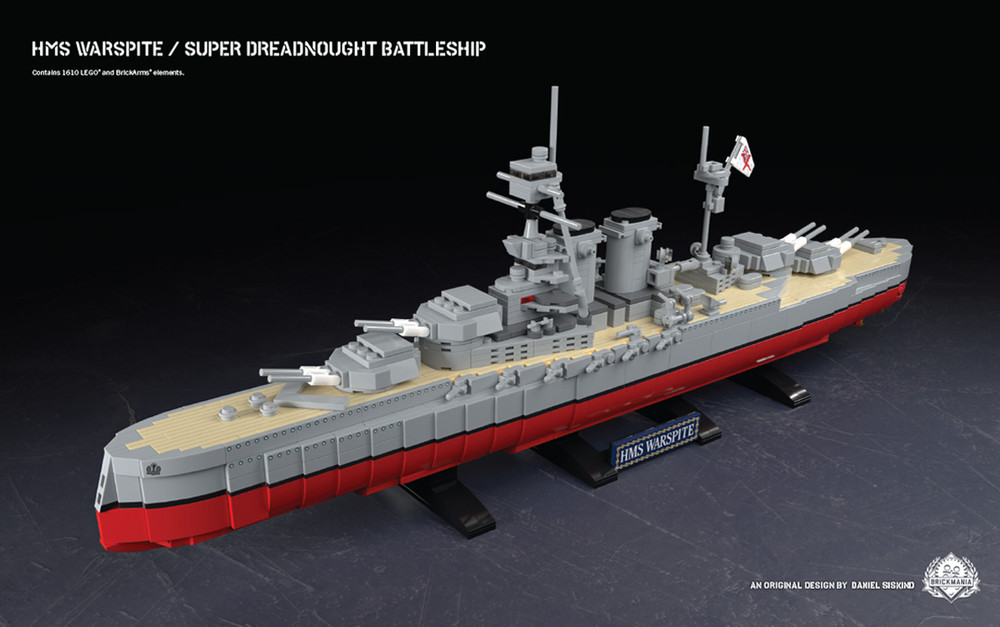 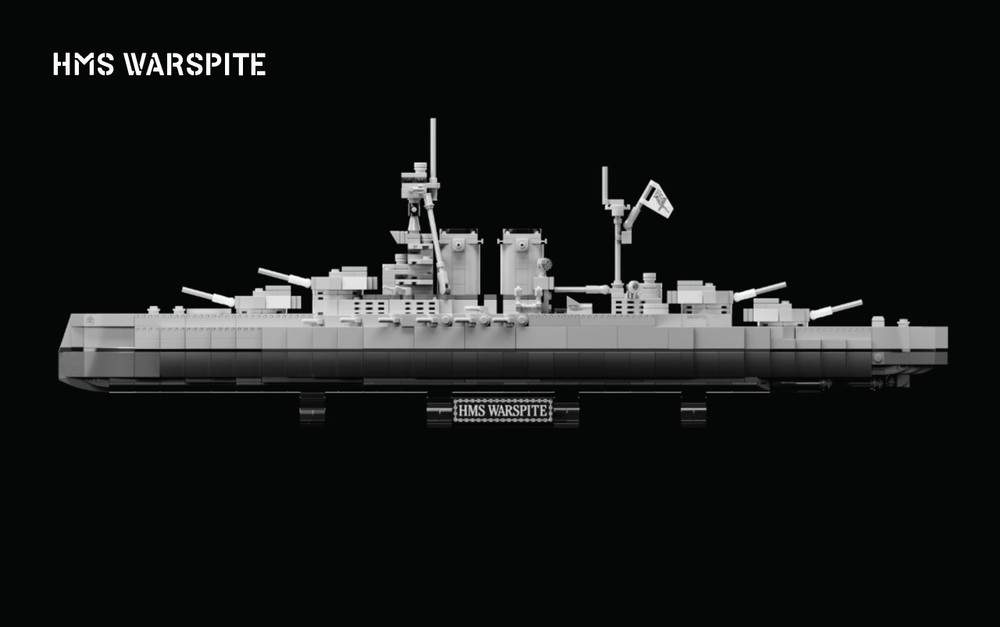 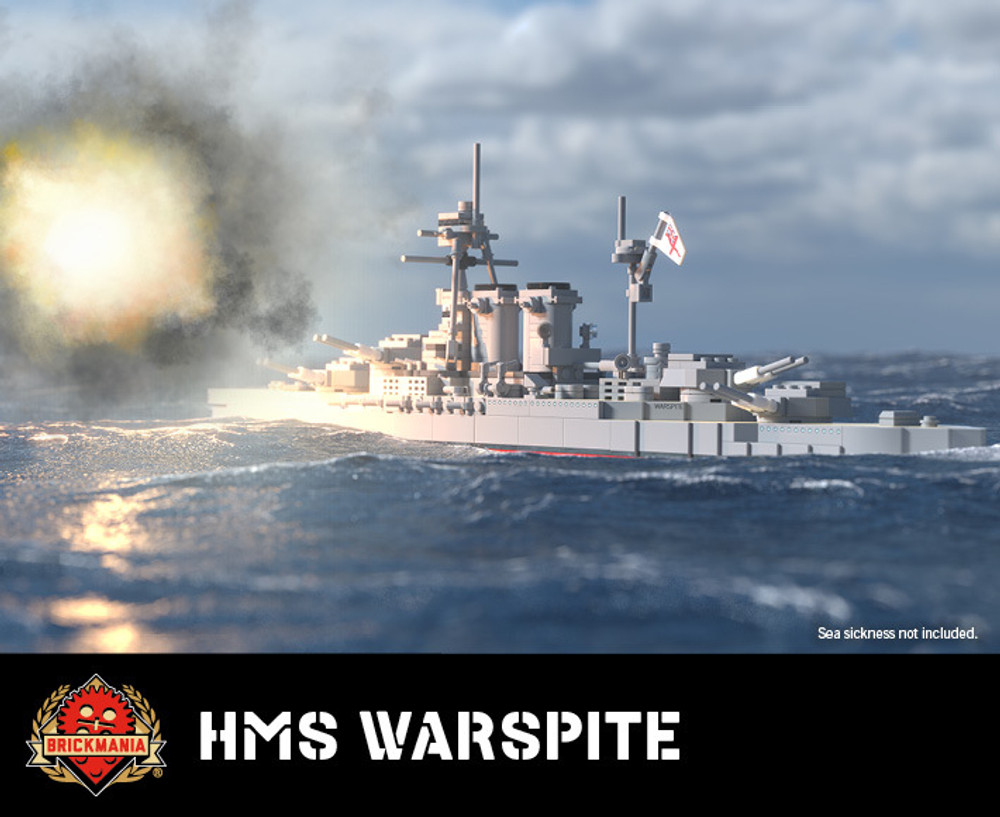 From Jutland in the Great War, to Normandy in World War II, the HMS Warspite endured bombing, shellfire, ramming, mines and a missile attacks during her 32 years of service around the world. Known as ‘The Grand Old Lady’ by those who served aboard her, the HMS Warspite was one of five Queen Elizabeth class Battleships built to combat the threat of faster German battleships. Her initial armament consisted of eight 15inch guns in four twin turrets, fourteen single six inch guns, two single QF three inch anti-aircraft guns, and four twenty one inch submerged torpedo tubes. Upon the Warspite’s commissioning it was one of the most powerful and flexible super dreadnoughts on the high seas. 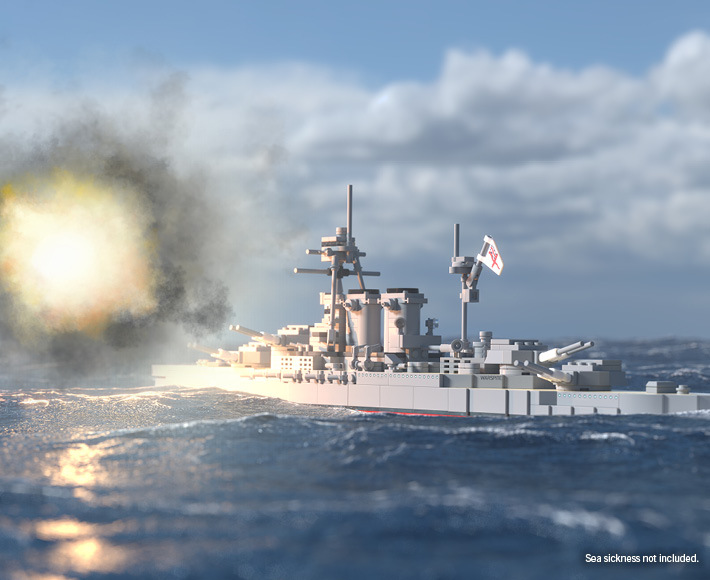 Loaded with 85 custom printed elements, the 1/350th scale HMS Warspite kit is yet another epic creation from Brickmania. Highly detailed and sturdy, this approx. 22-inch-long model can be displayed with its full hull or as a waterline model and includes a brick-build stand. Play features include posable guns and turrets, as well as rudders.