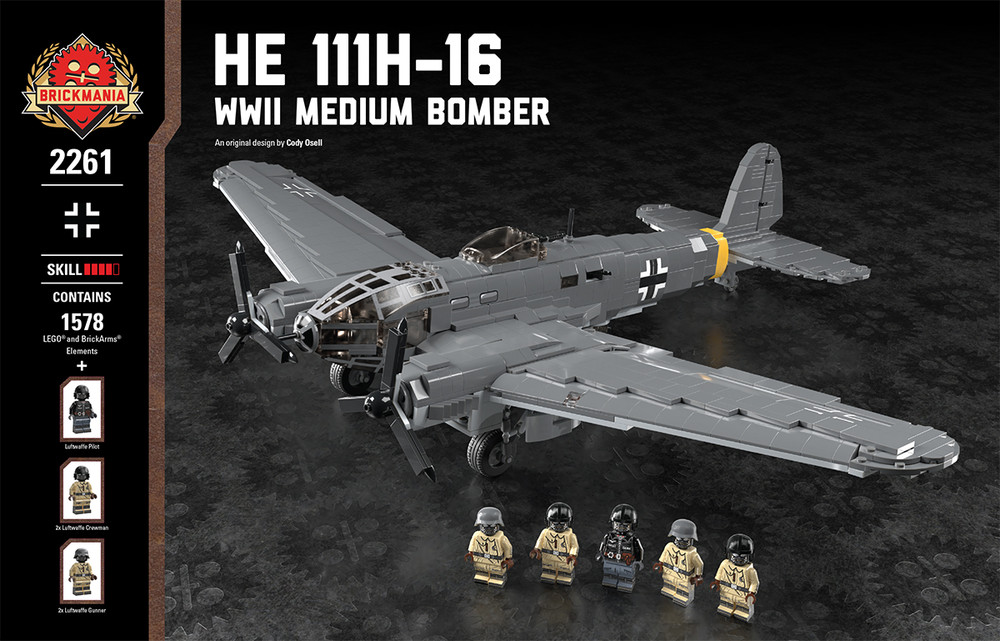 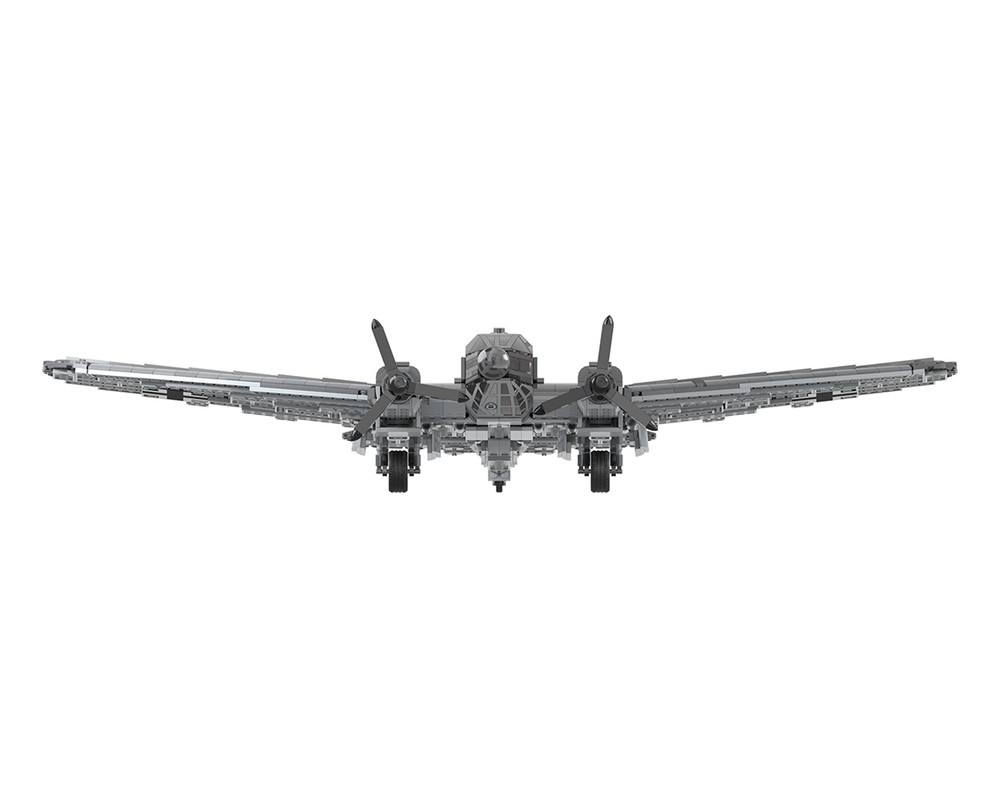 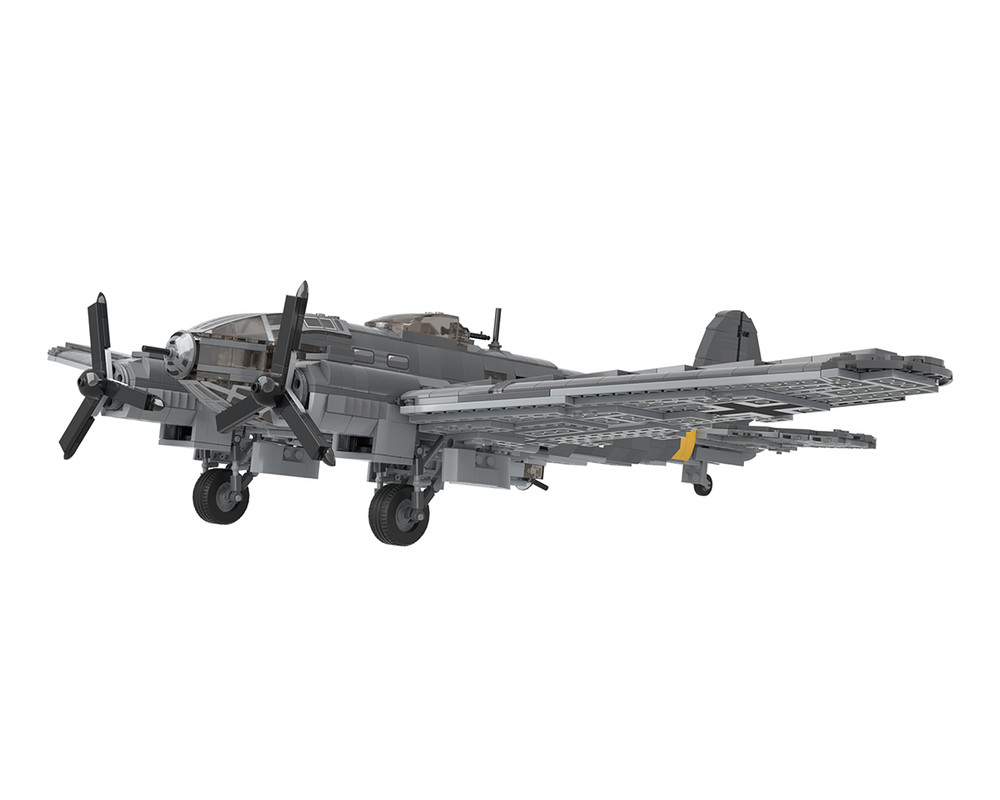 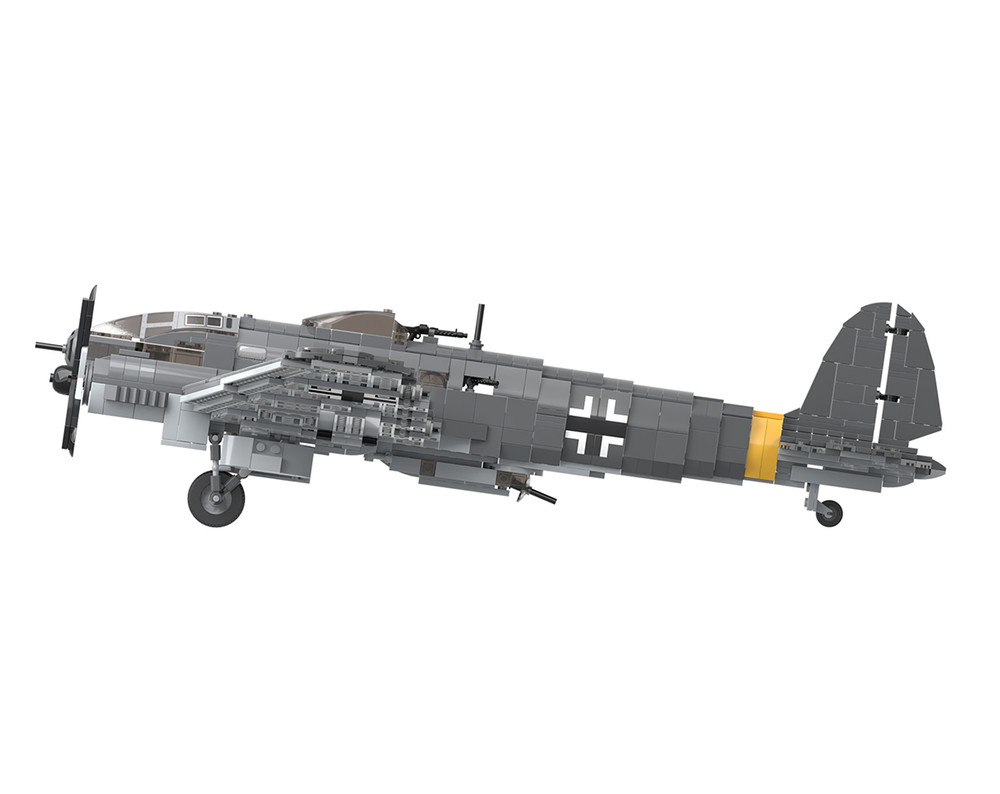 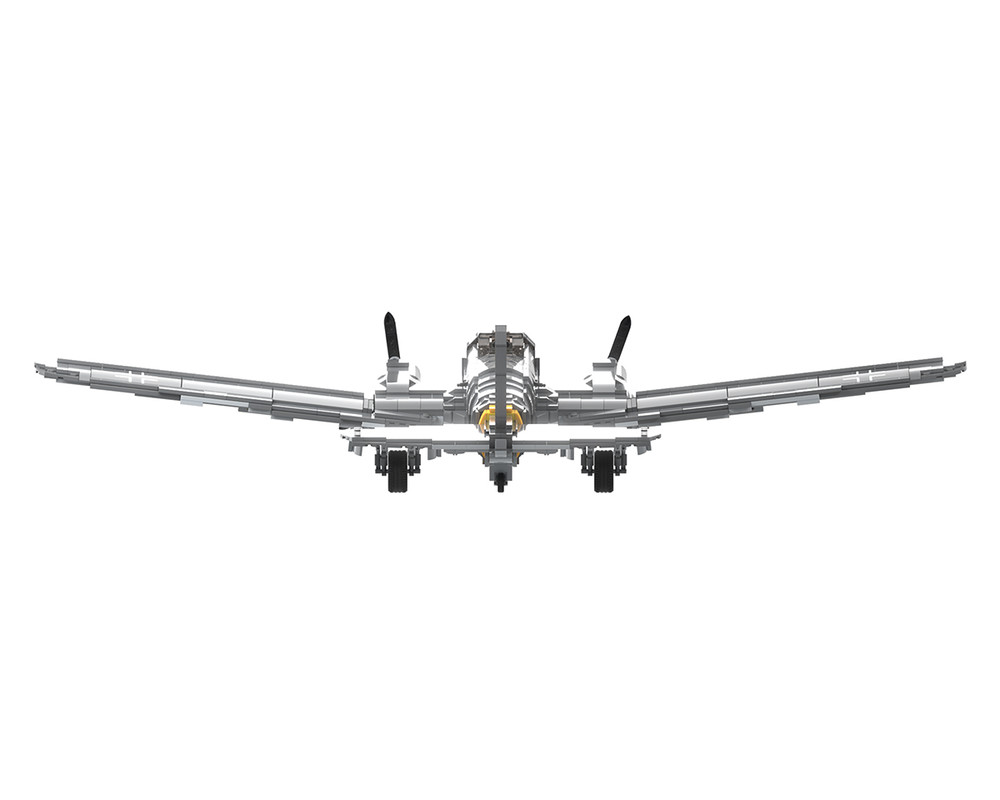 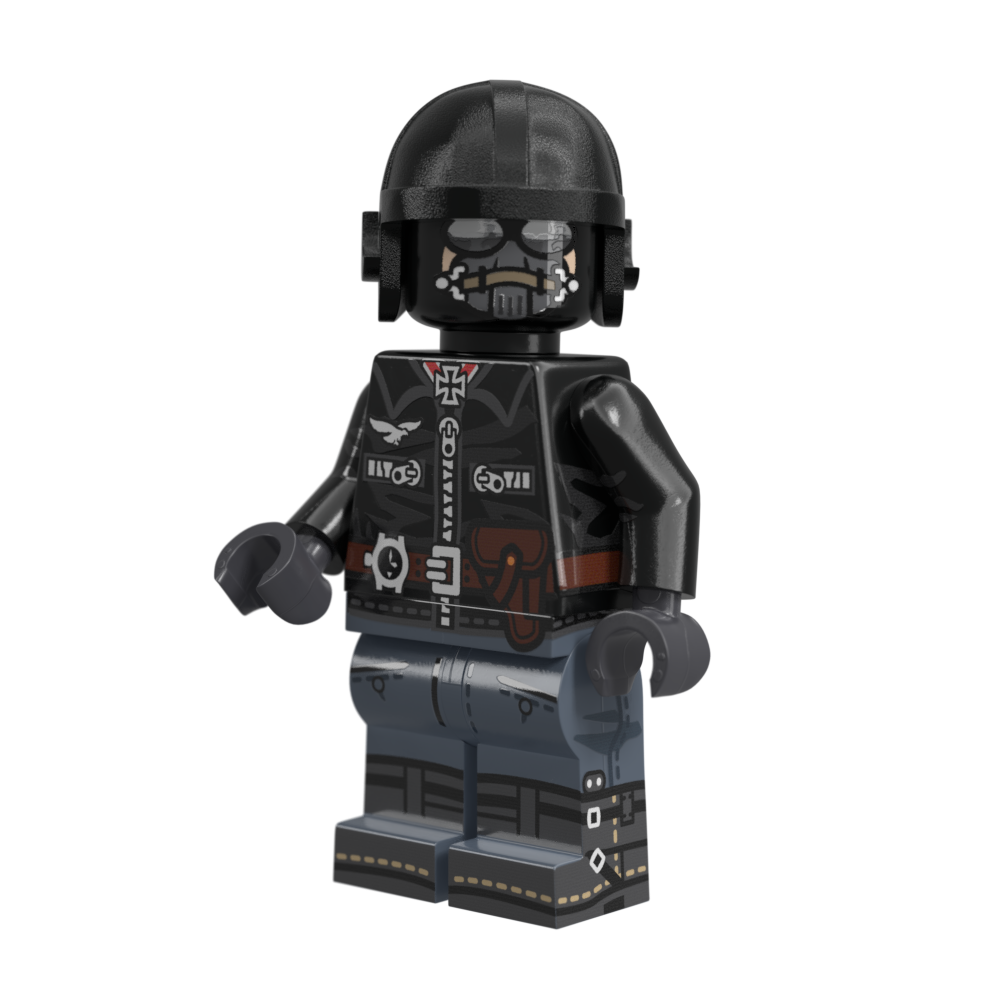 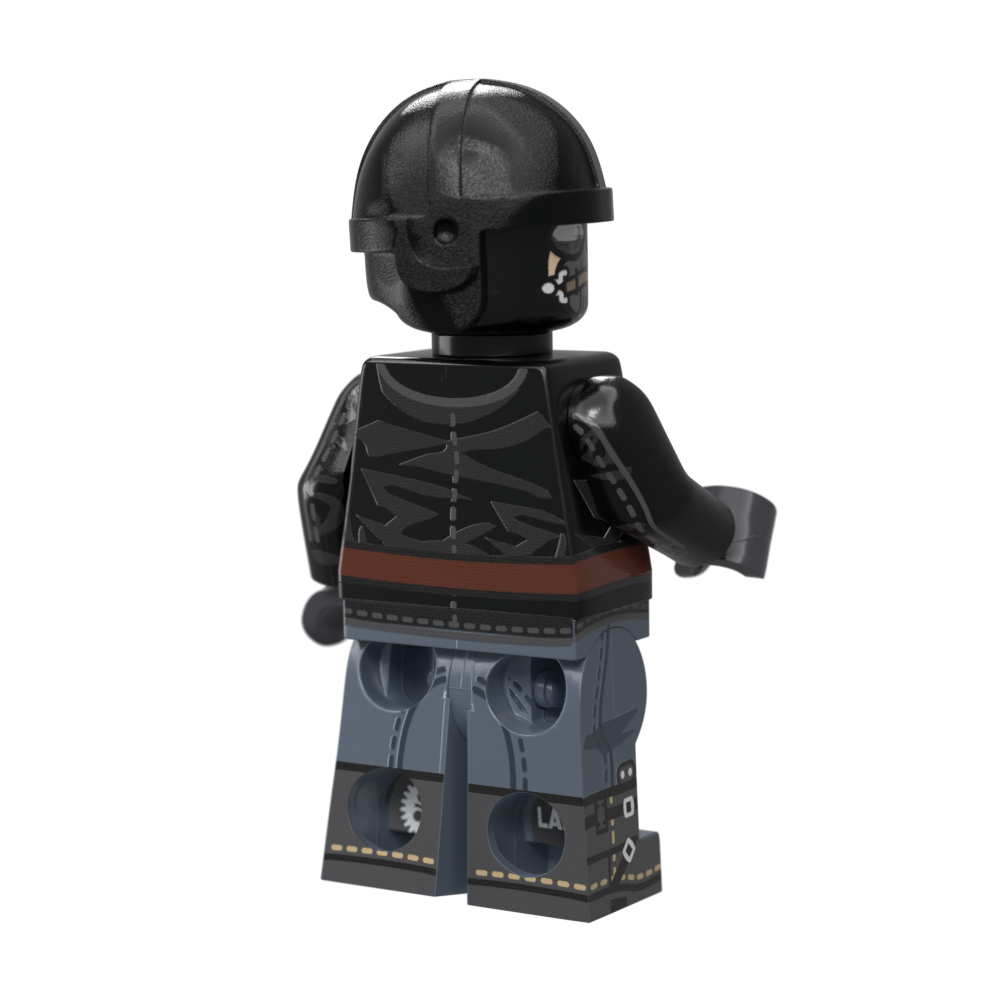 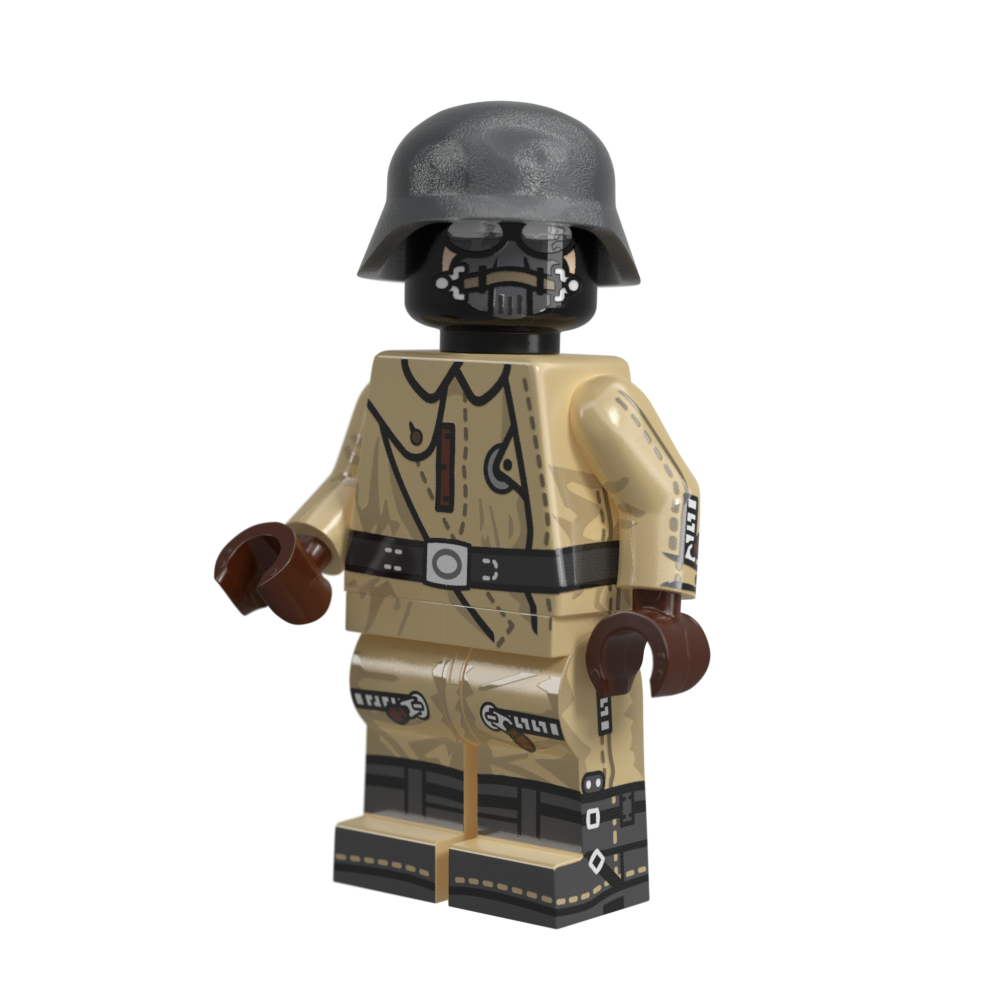 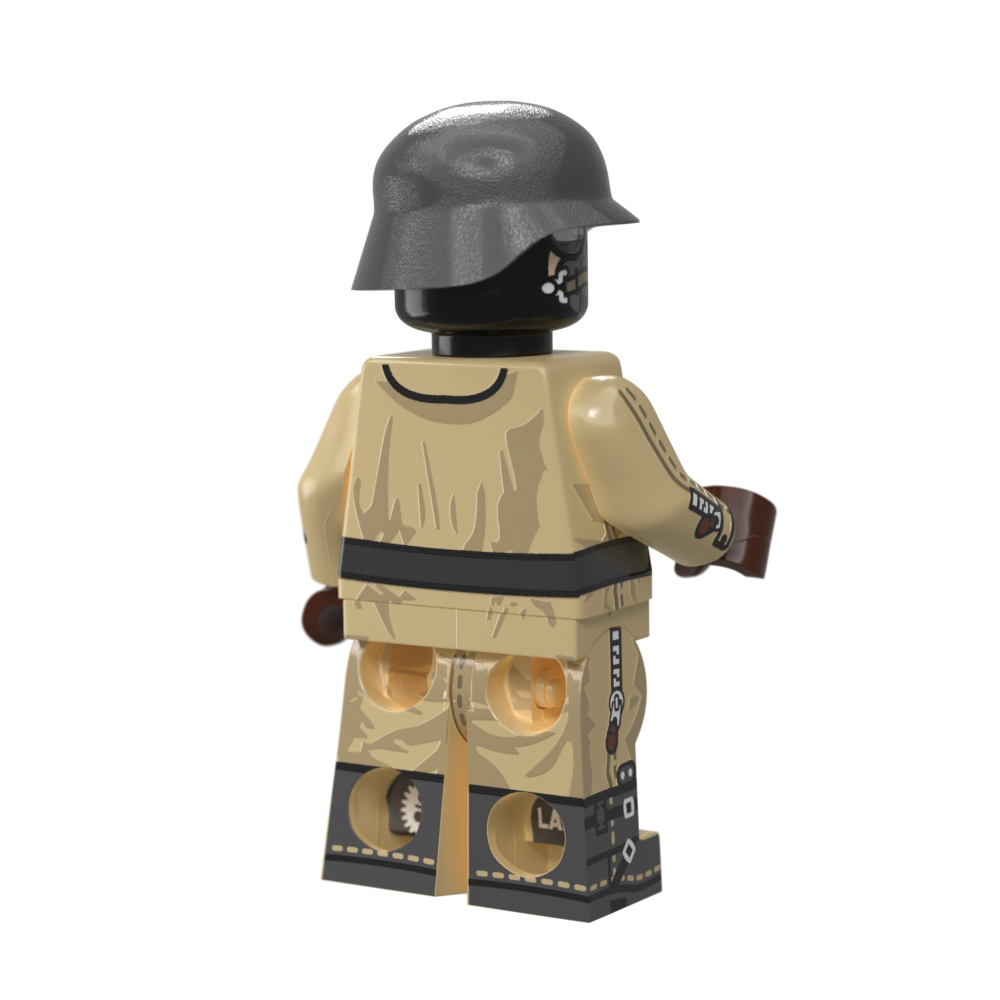 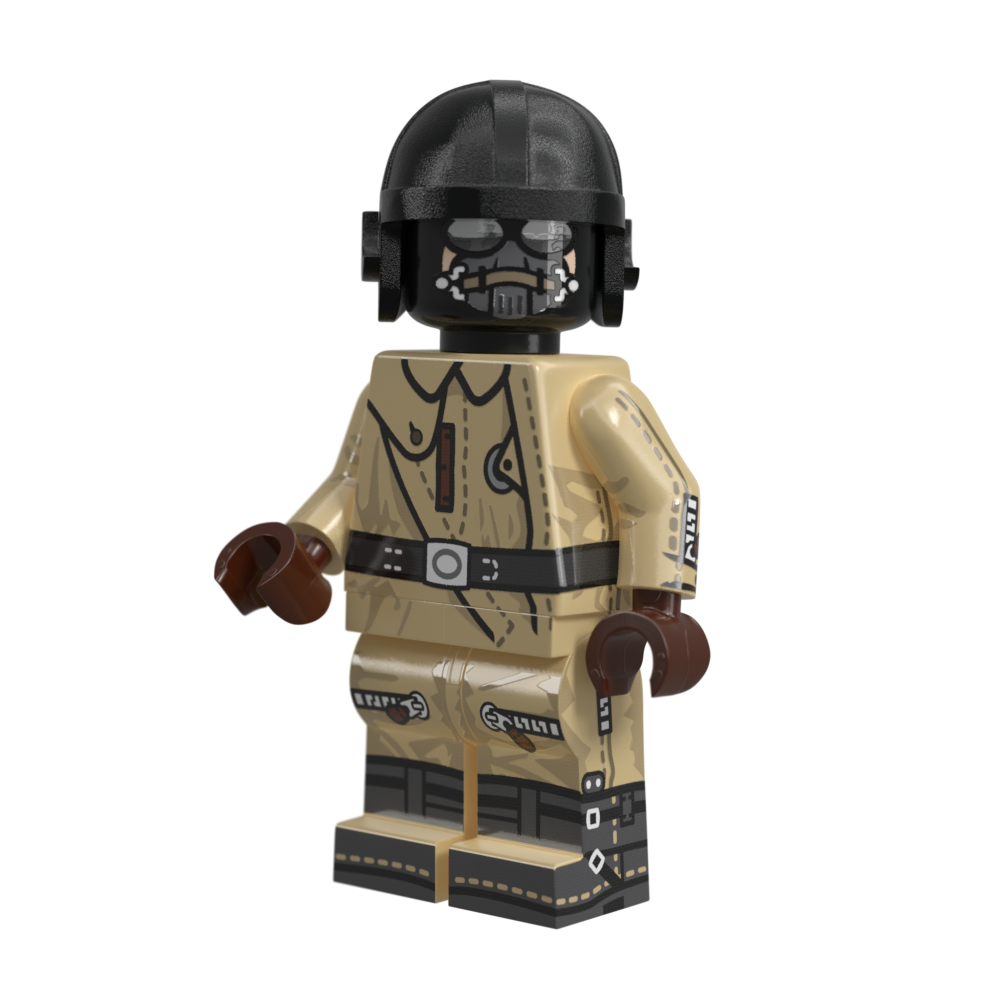 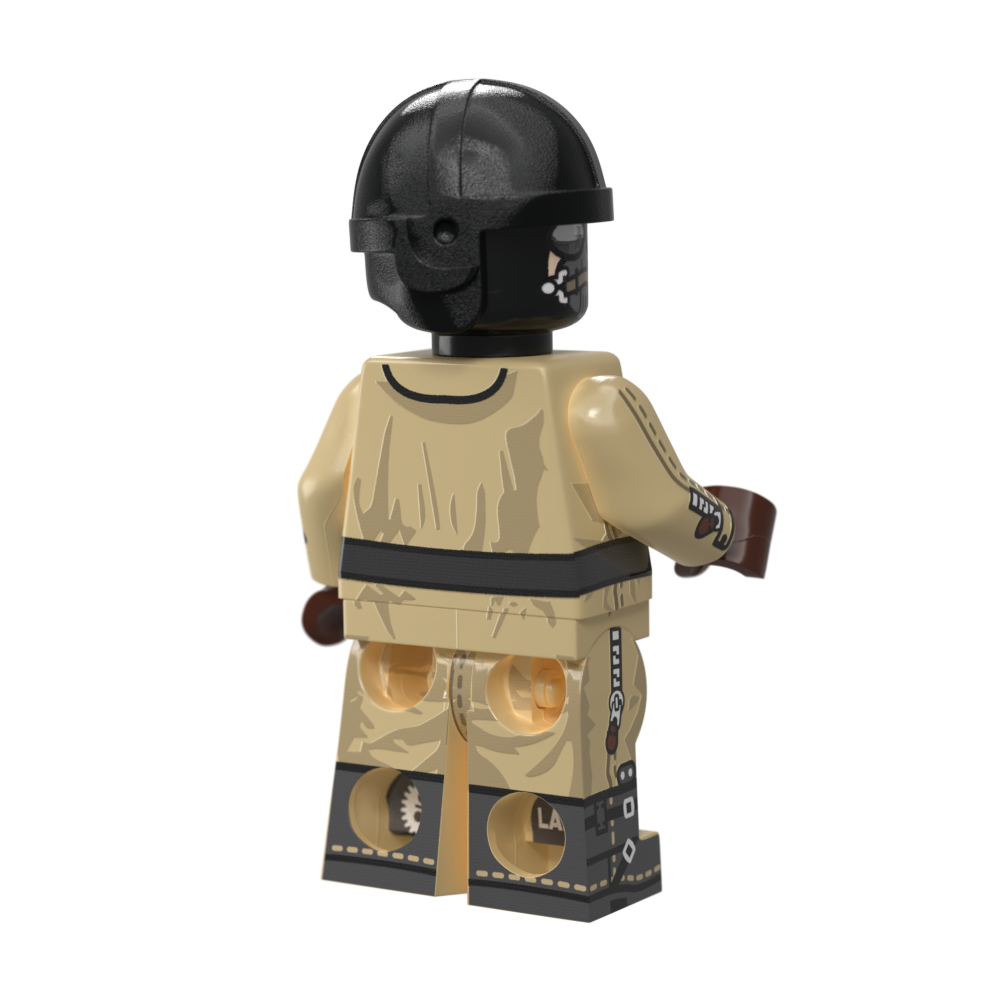 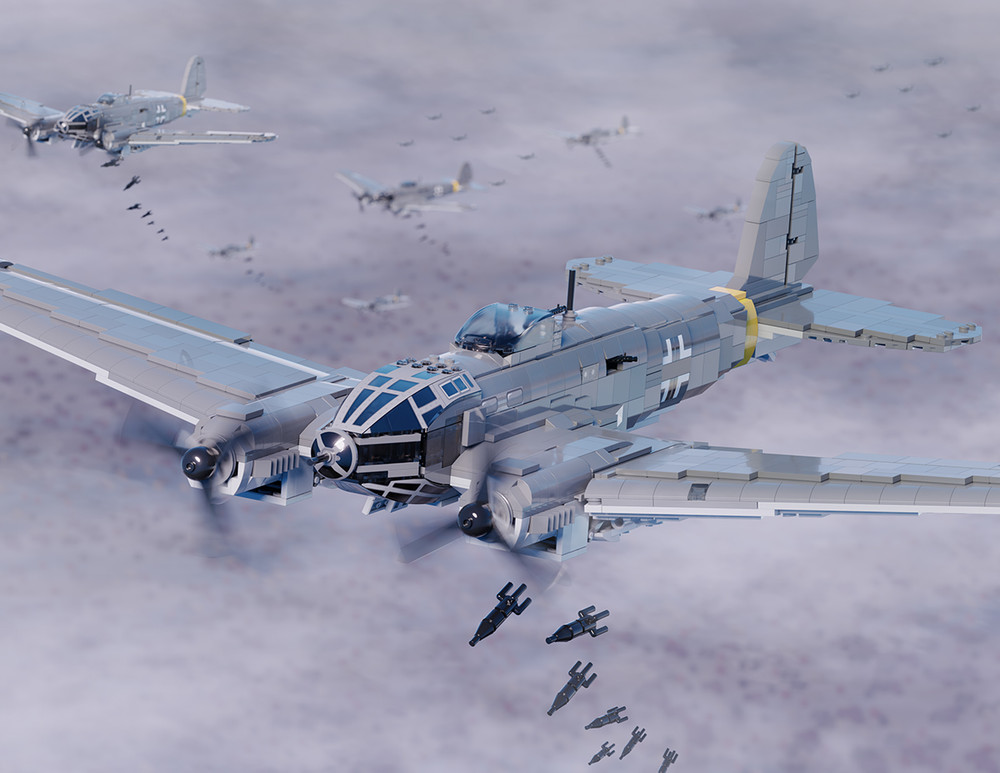 A further development of the H-6 variant, the Heinkel He 111H-16 was the third mass production variant of the He 111H which was Germany’s most important medium bomber of World War II. Developed after the Battle of Britain, the H-16 featured improved radar, armored glass for the gunners, and an increased armament. The He 111H-16, along with other variants, found their greatest triumph when a sneak attack destroyed over 40 B-17 bombers and nearly 20 P-51 fighters at the Soviet airfield of Potavia in late June of 1944, a final victory for one of the Lufwaffe’s most prominent planes. 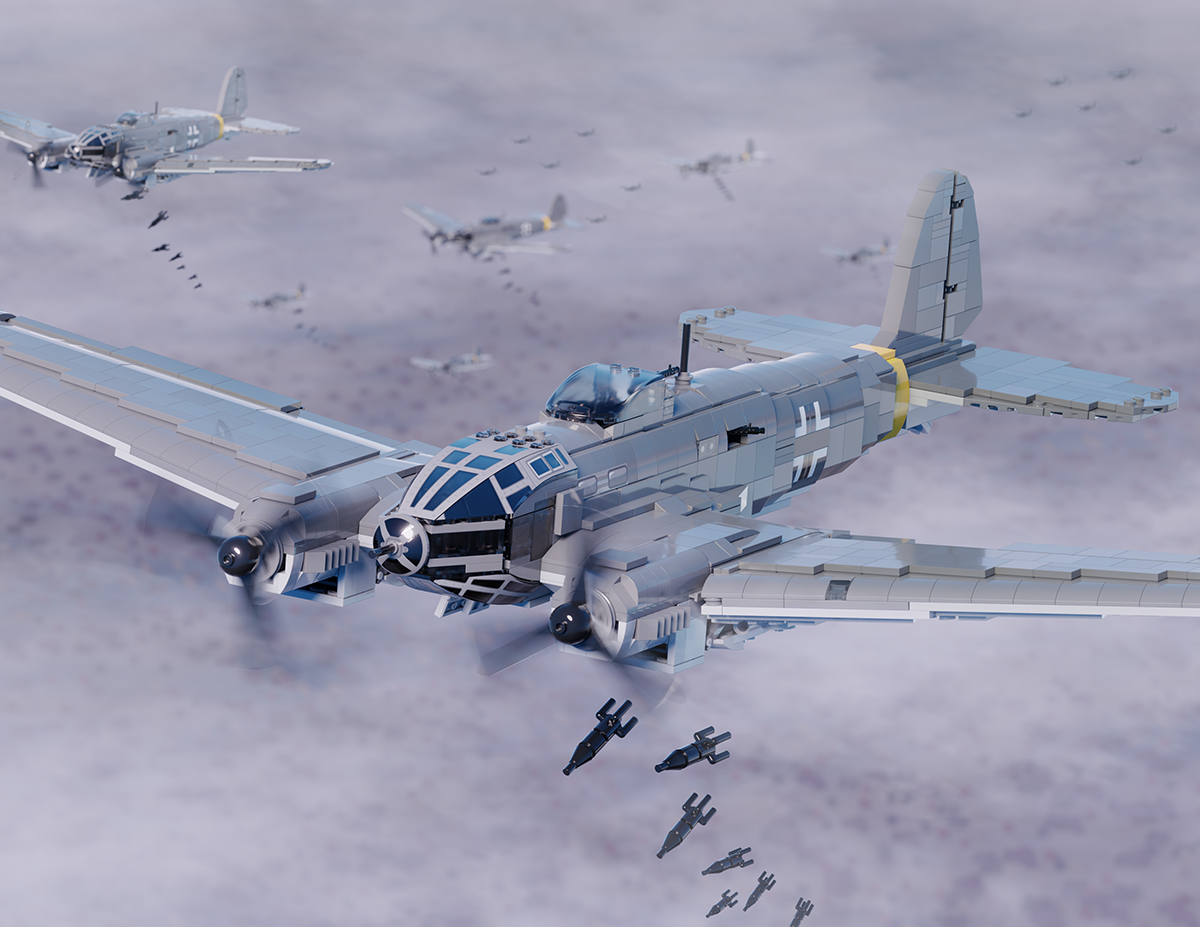 In addition to the many features found in previous larger aircraft kits, the He 111H-16 model includes a new bomb dropping play feature that allows eight brick-built bombs to be loaded through the top of the model and then dropped out of the bomb bay doors by pulling an axle connection near the rear of the model. The He 111H-16 also features a full crew of five, including a pilot, two crew members and two gunners. Additionally, there is custom printing in the cockpit and radio area, as well as a printed German Balkenkreuz on the top of the wings and on the sides of the fuselage.