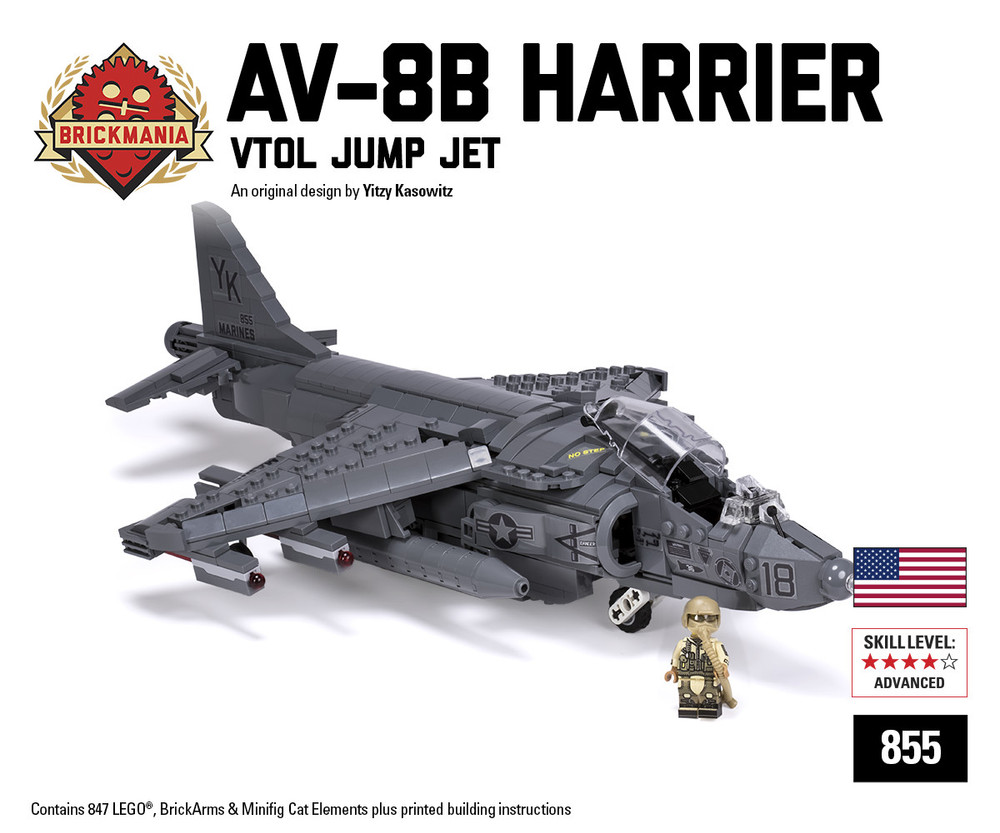 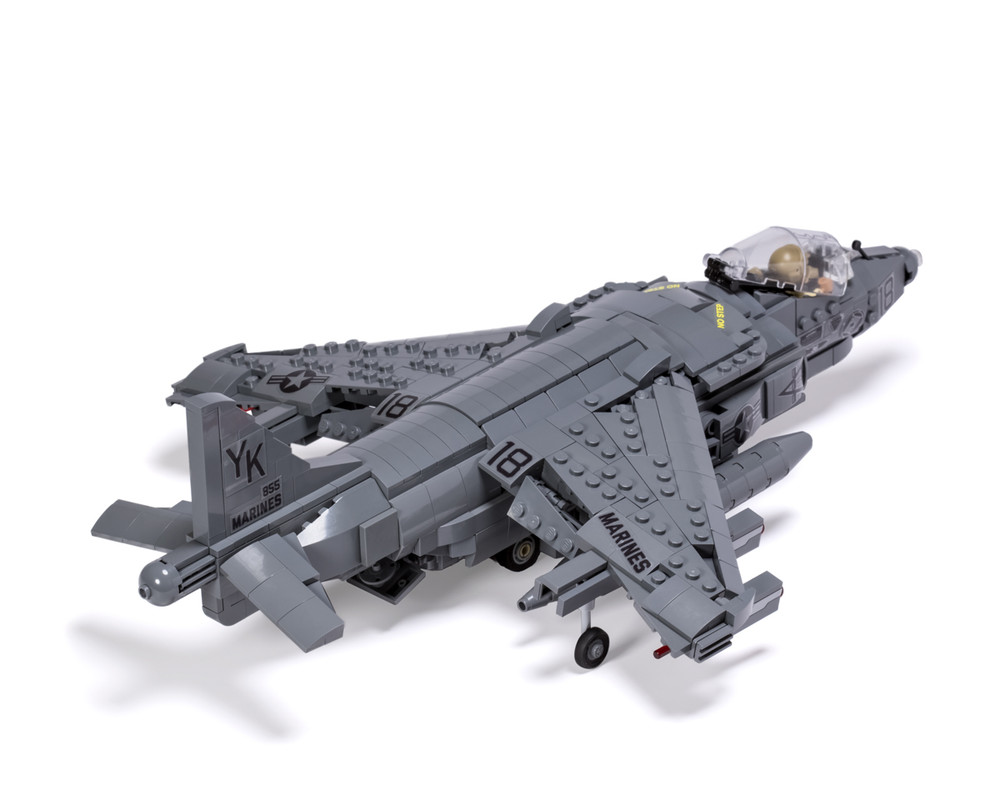 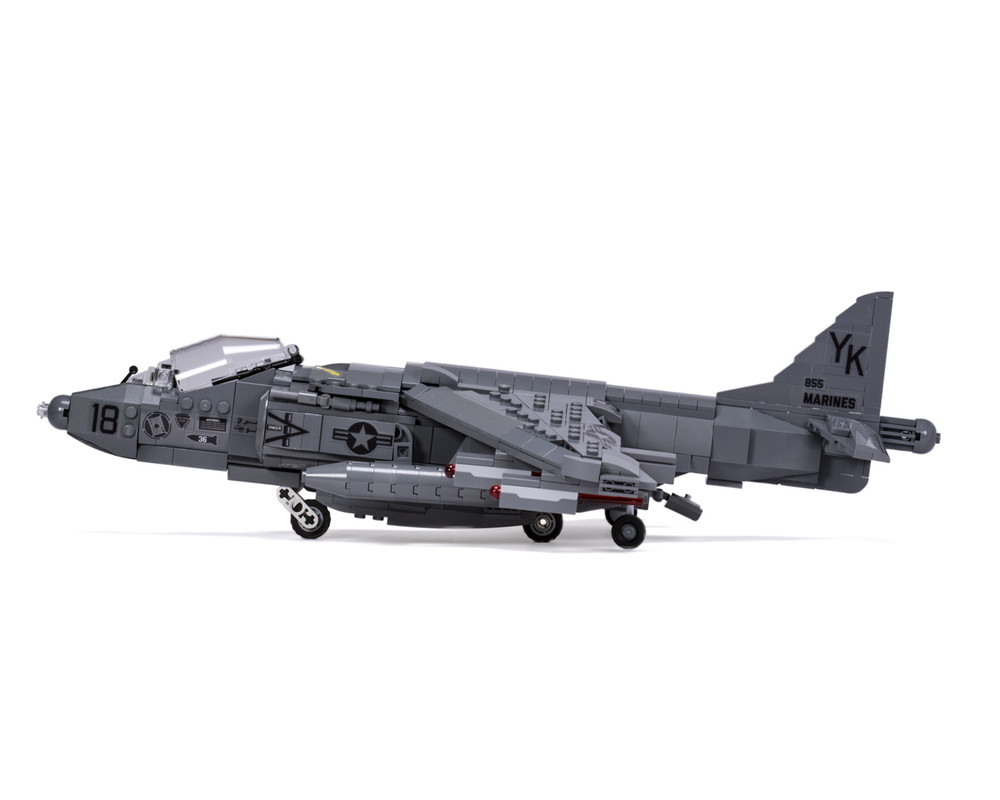 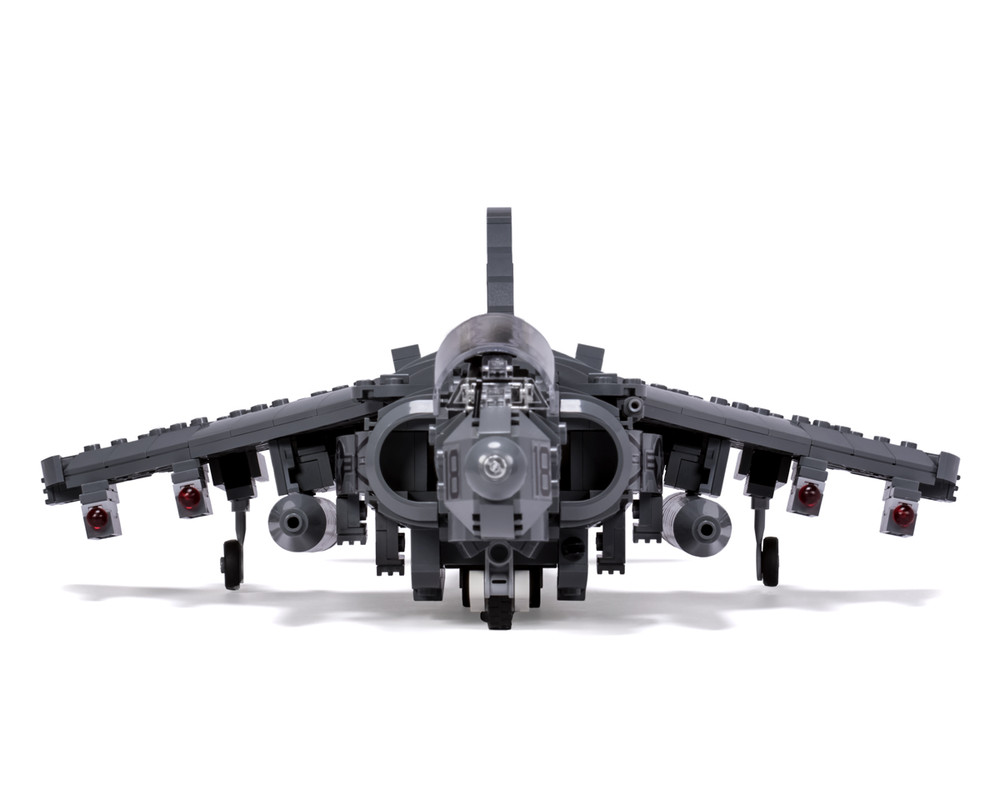 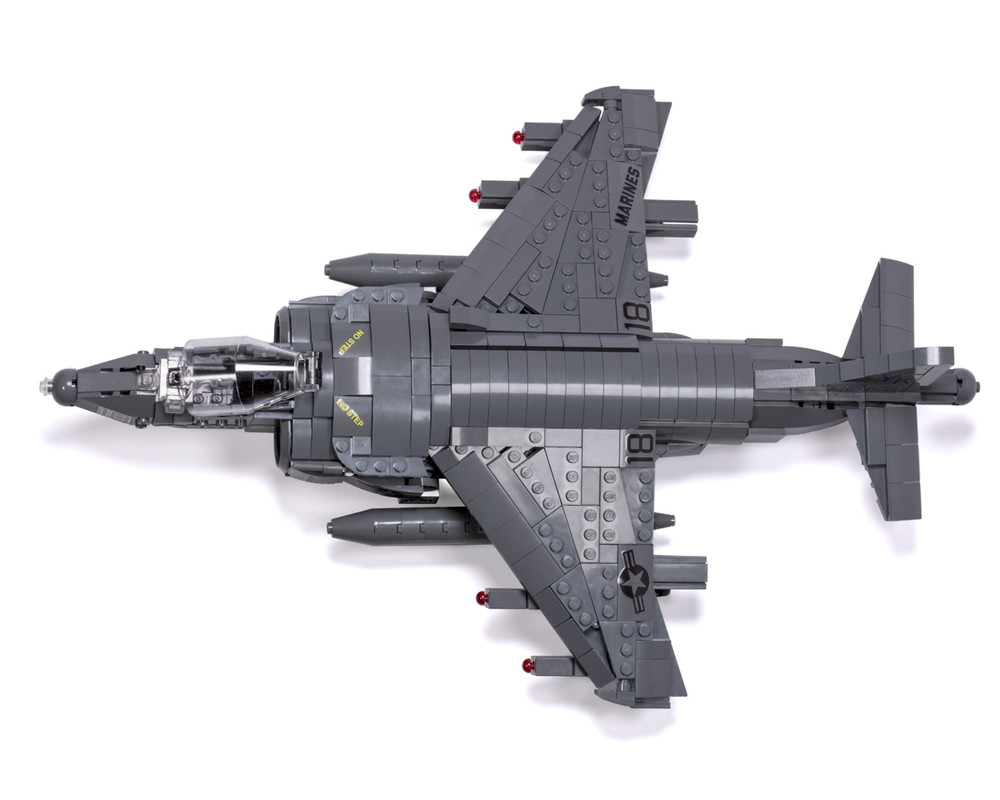 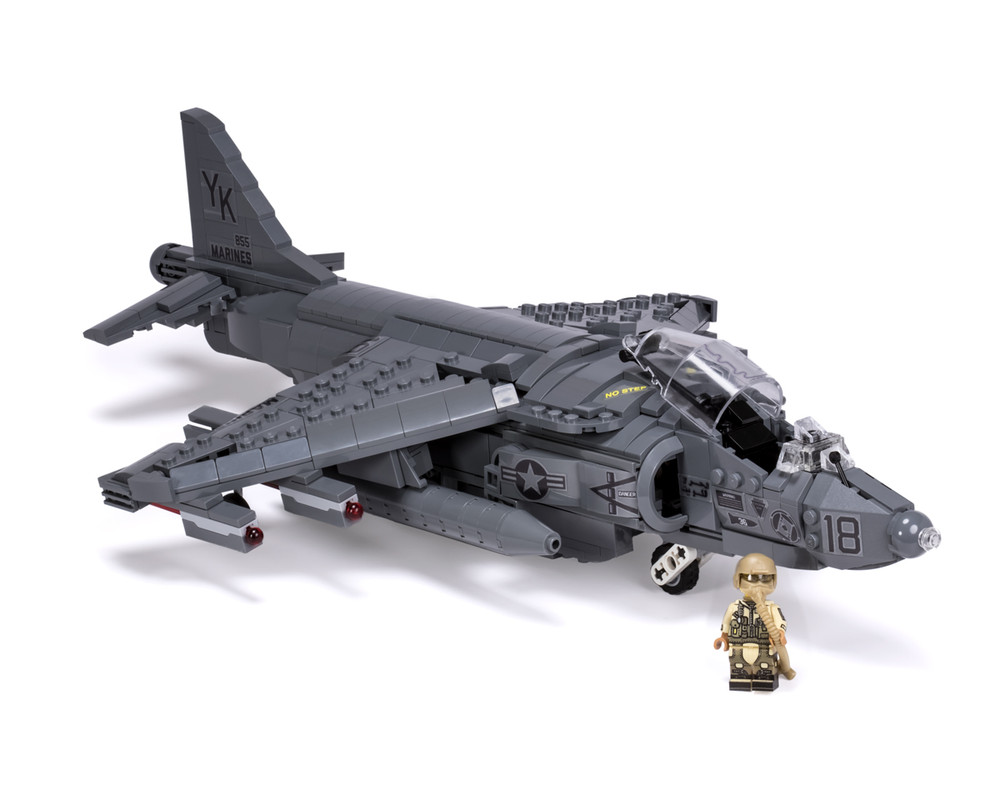 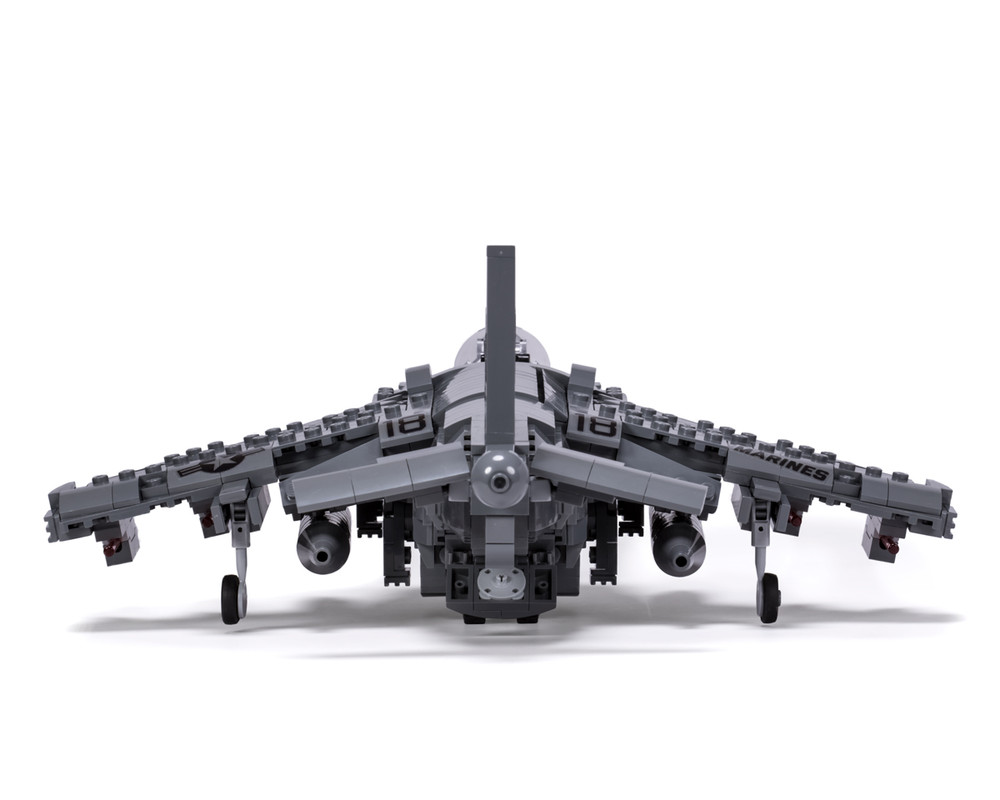 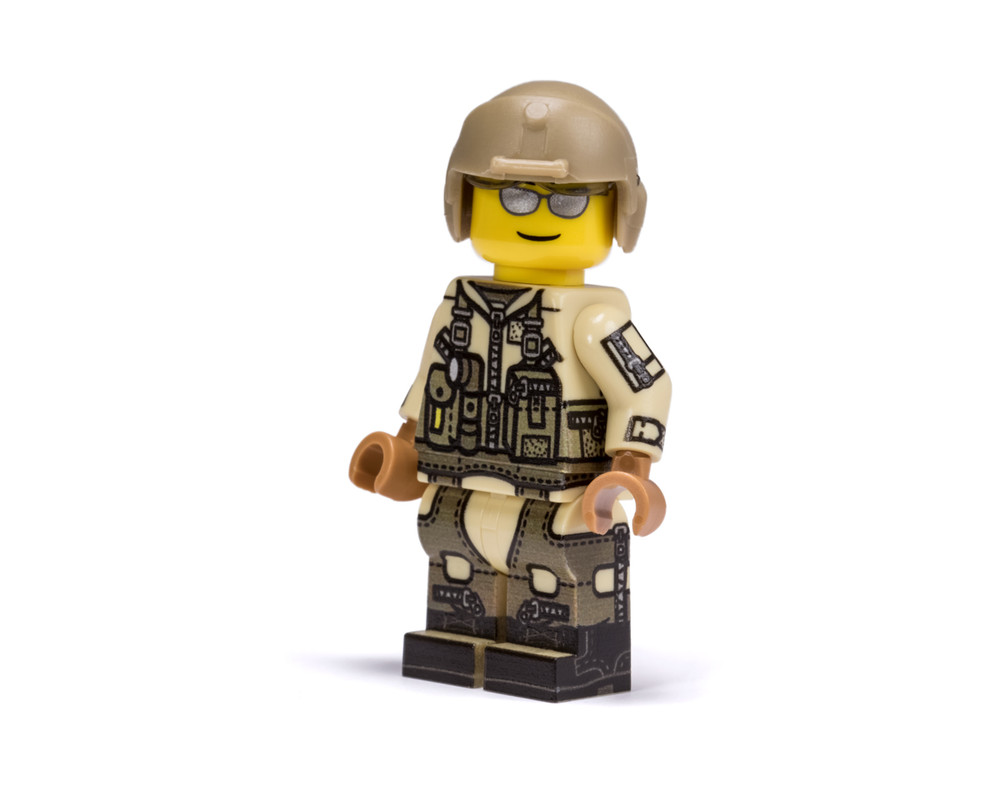 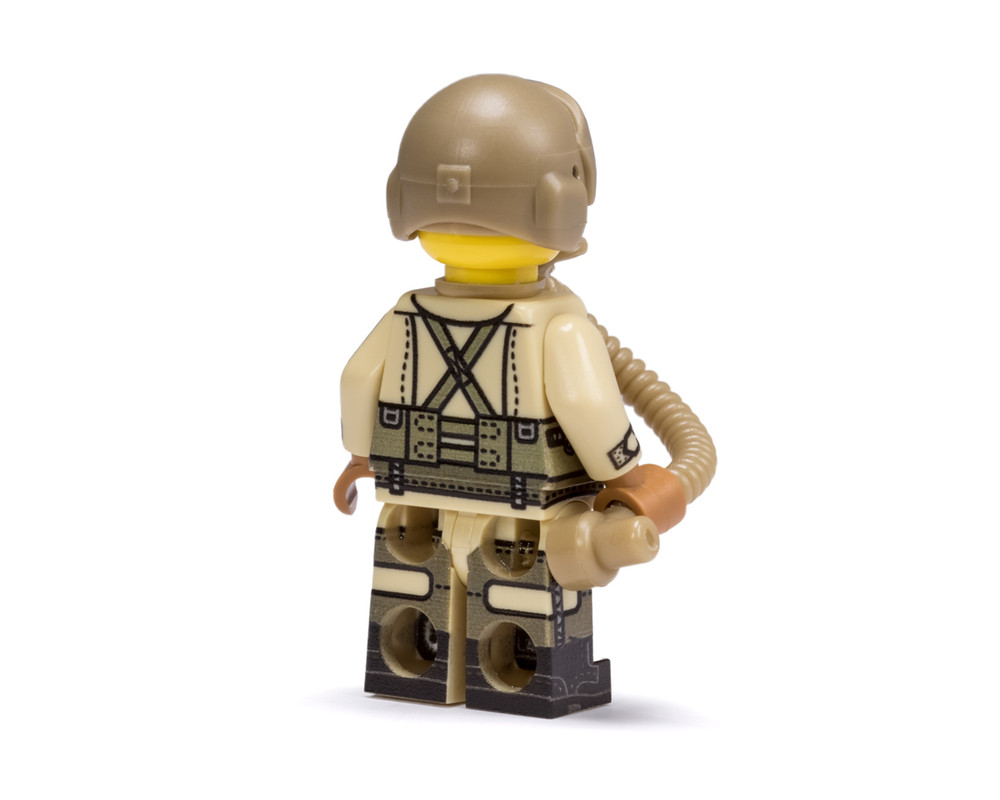 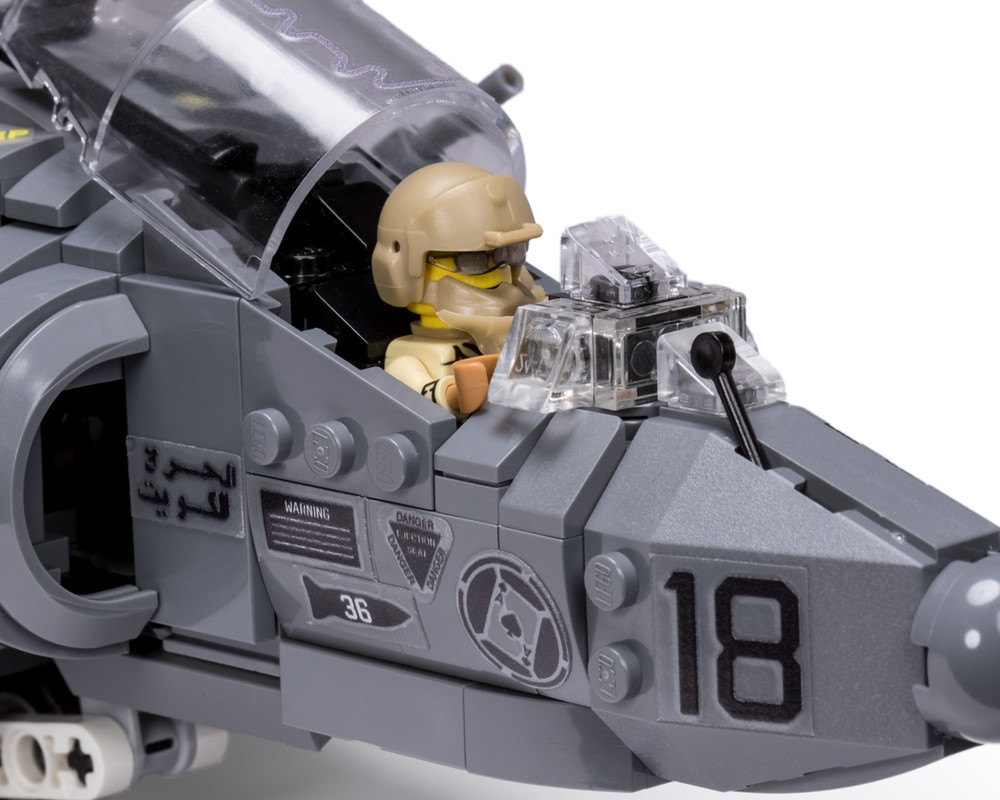 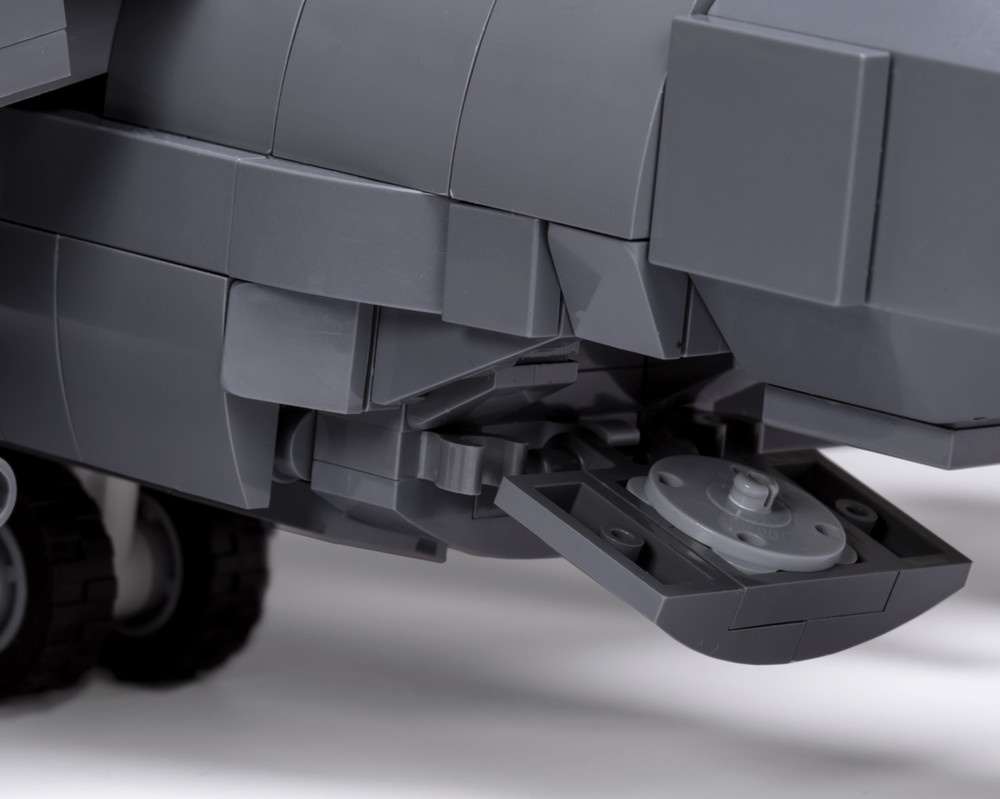 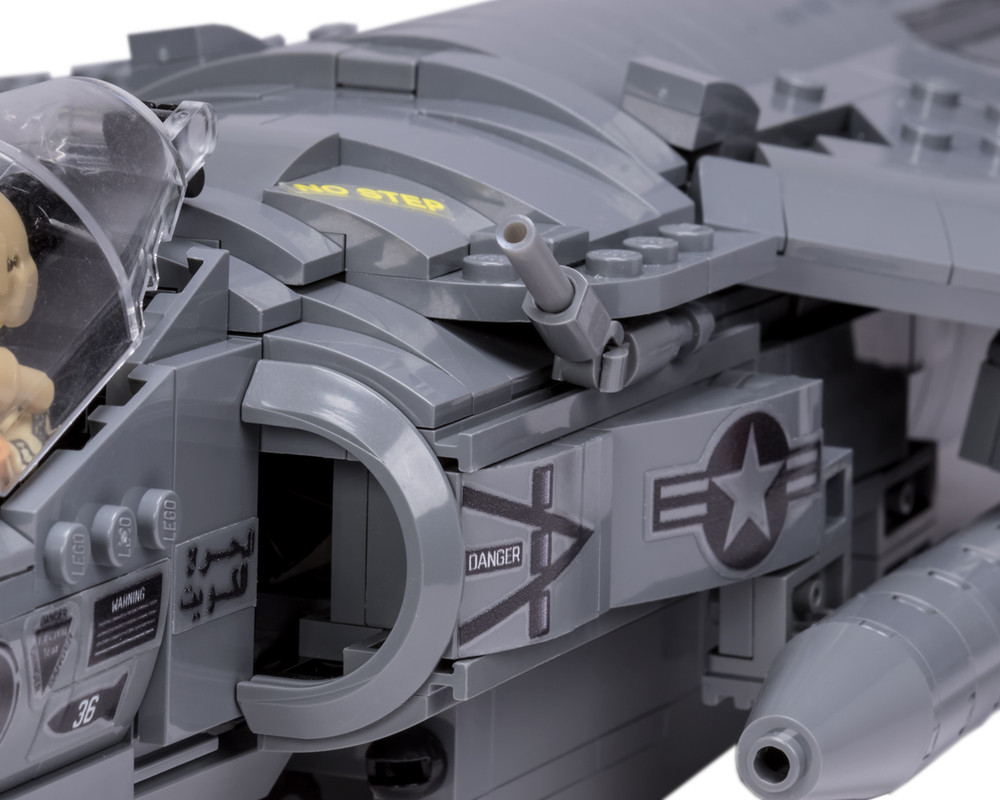 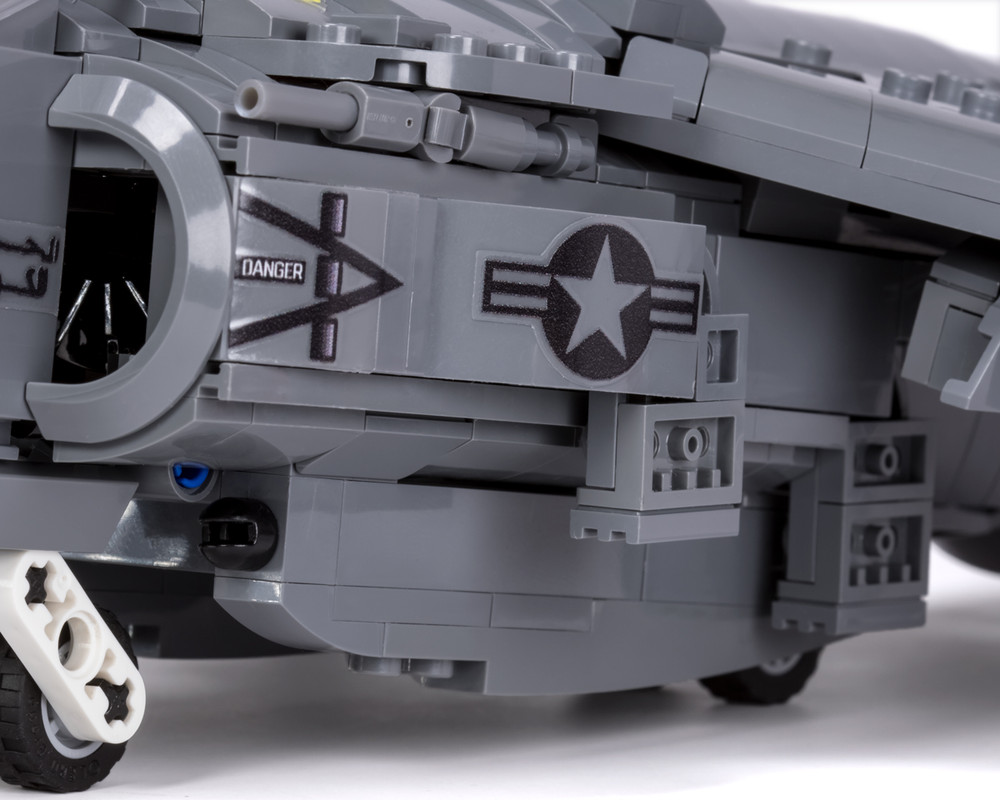 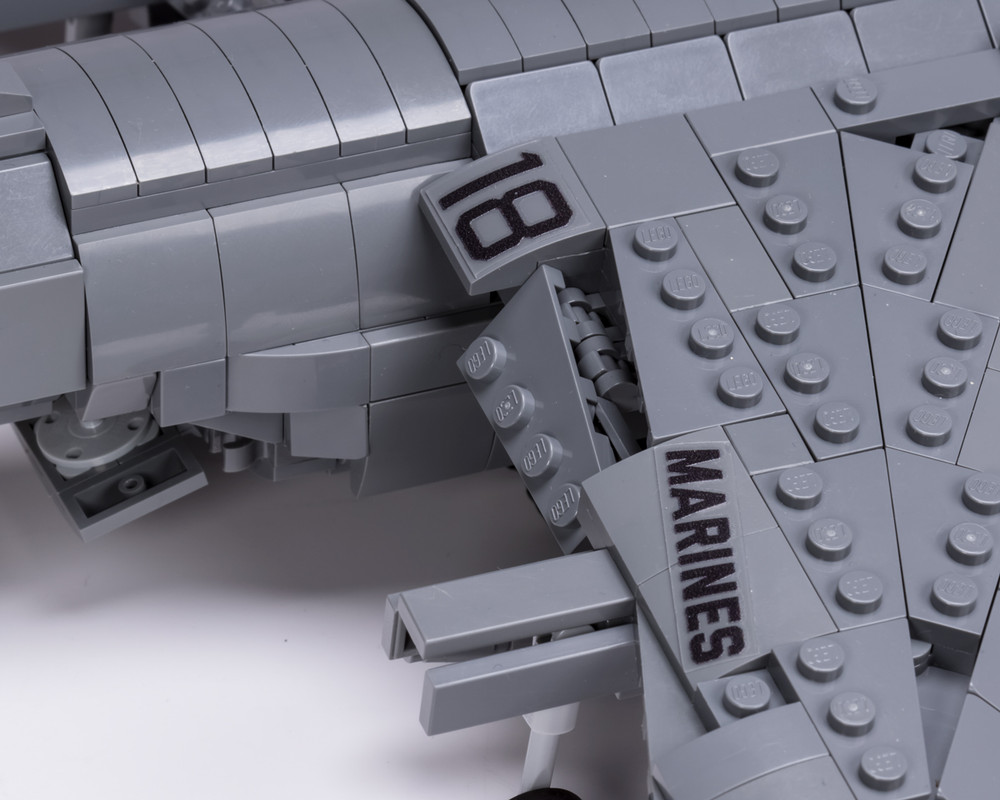 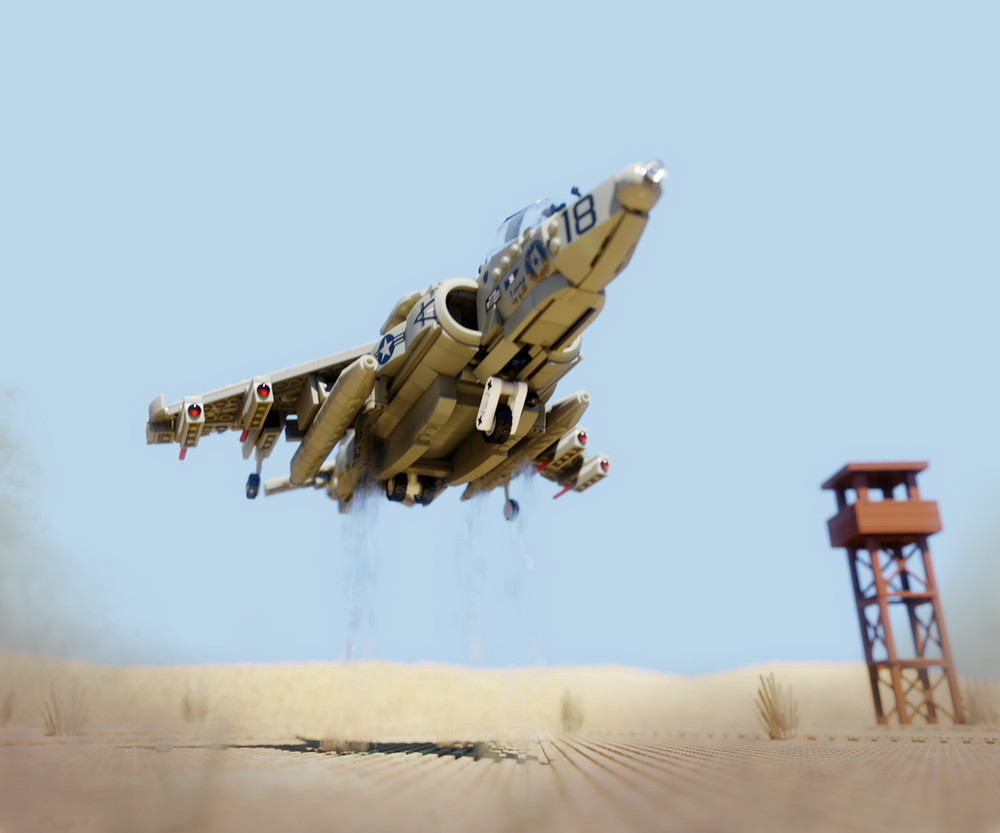 About the Harrier AV-8B:

The AV-8B Harrier is a single-engine ground-attack aircraft, introduced in 1985 and used by the United States Marine Corps, the Spanish Navy, and the Italian Navy. The AV-8B has participated in numerous military and humanitarian operations successfully over the years, proving themselves both versatile and capable assets. One of the largest drawbacks to this craft is the cost. In March 1996, the US General Accounting Office stated it would be more prudent to buy the Harrier II Plus aircraft than to remanufacture existing AV-8Bs. This has ultimately led to the planned retirement, which will begin in 2025.

The AV-8B Harrier is equipped with one centerline fuselage and six wing hardpoints, along with two fuselage stations for a 25 mm GAU-12 cannon and ammunition pack. The airframe is a completely redesigned structure from previous aircraft, incorporating many structural and aerodynamic changes for improved visibility. 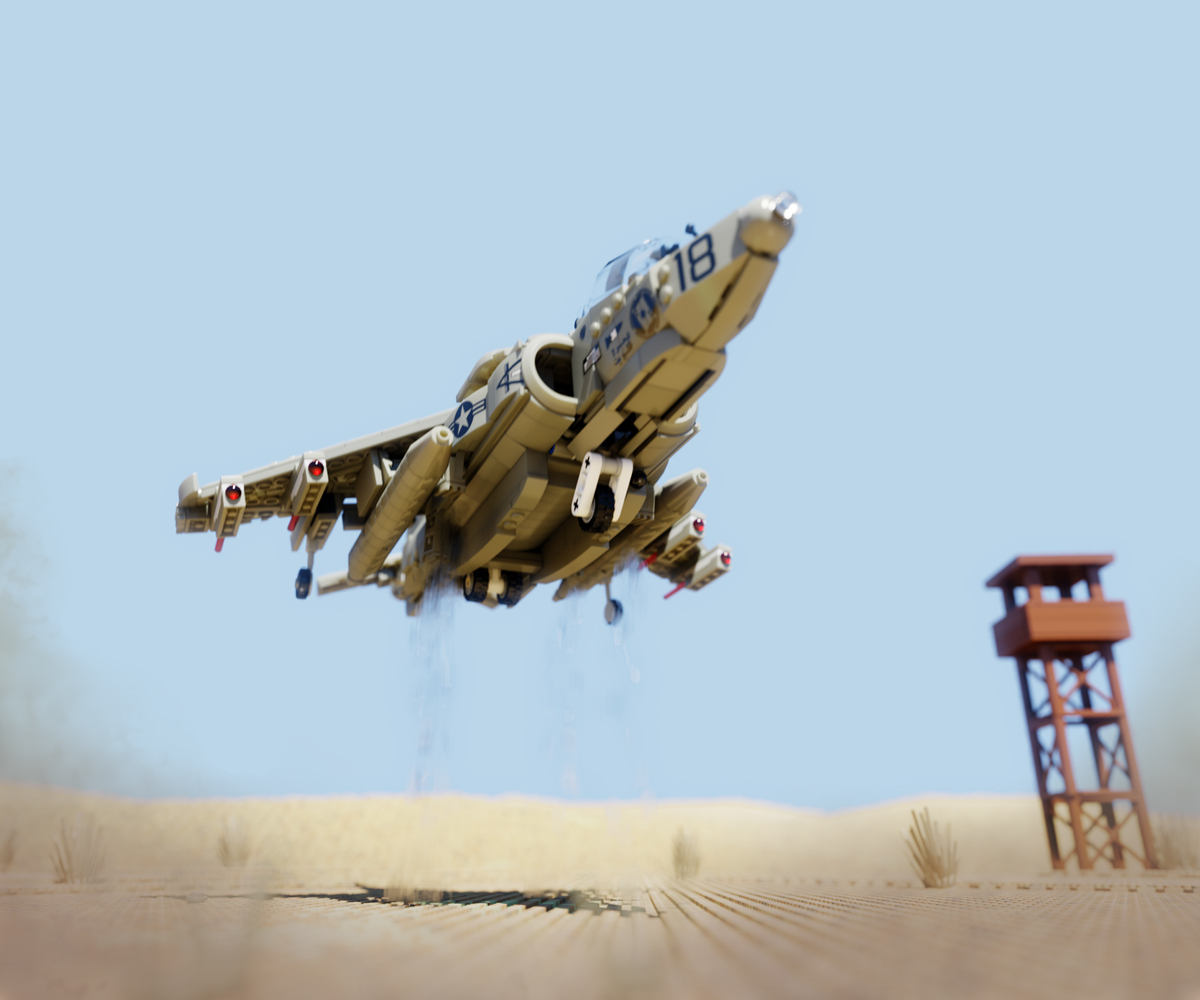 The Harrier AV-8B kit comes with the following features: