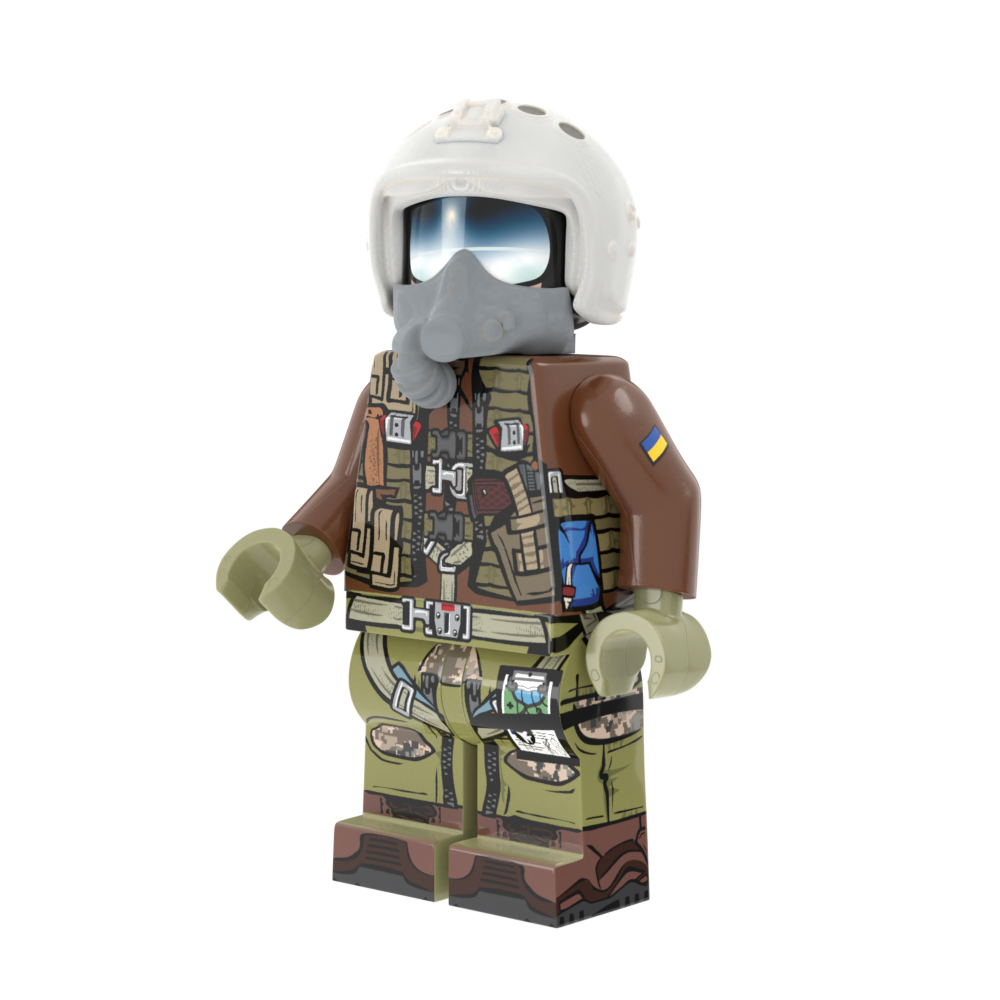 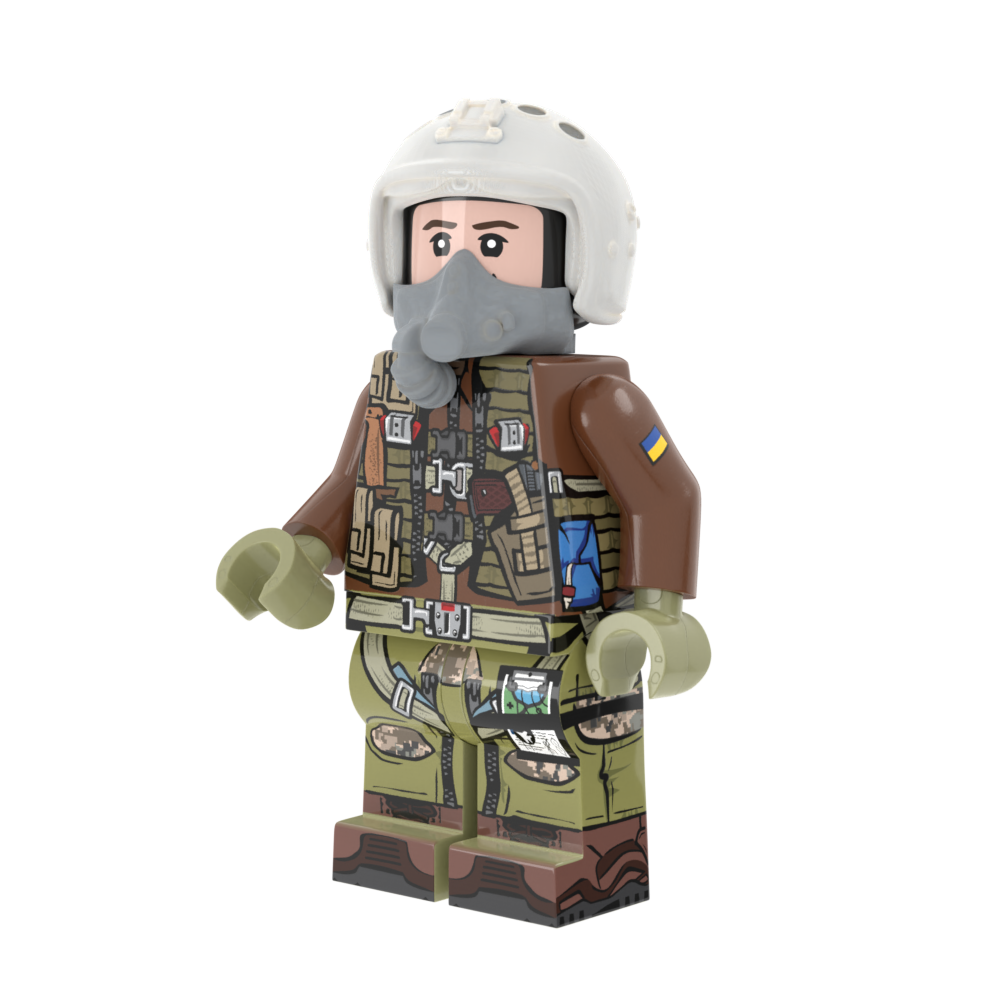 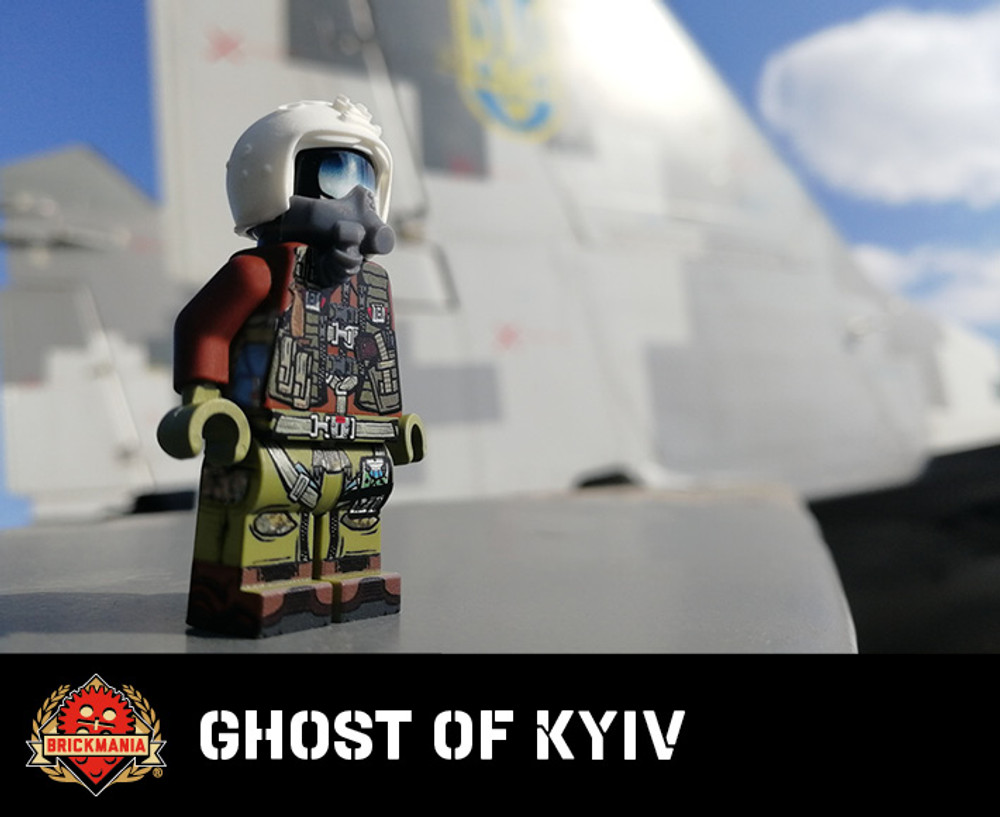 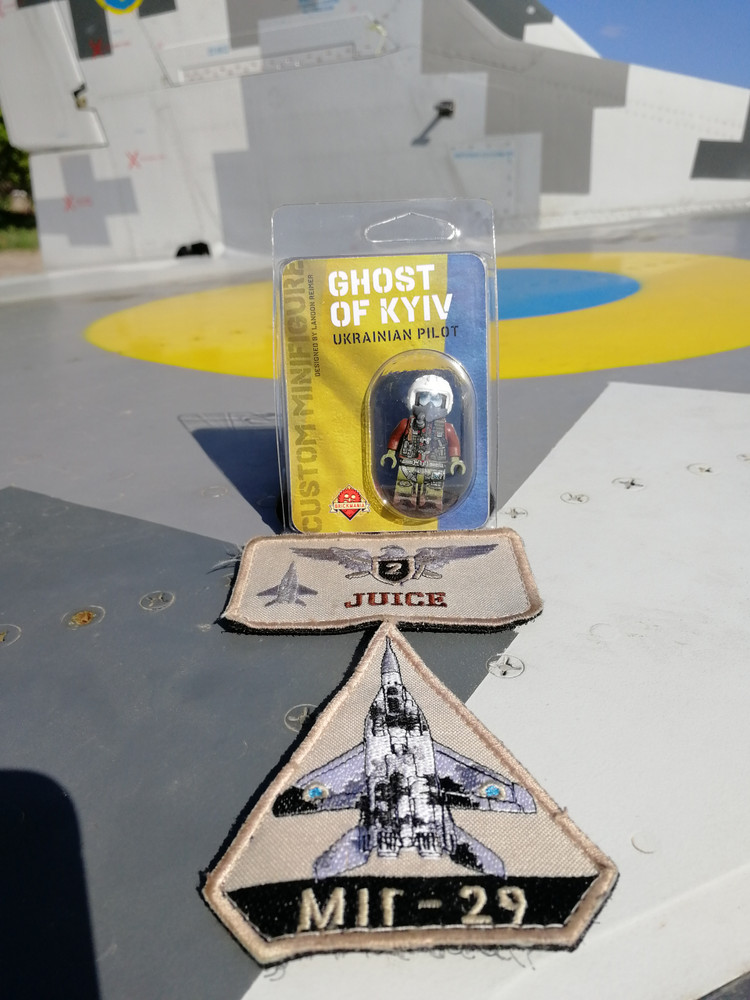 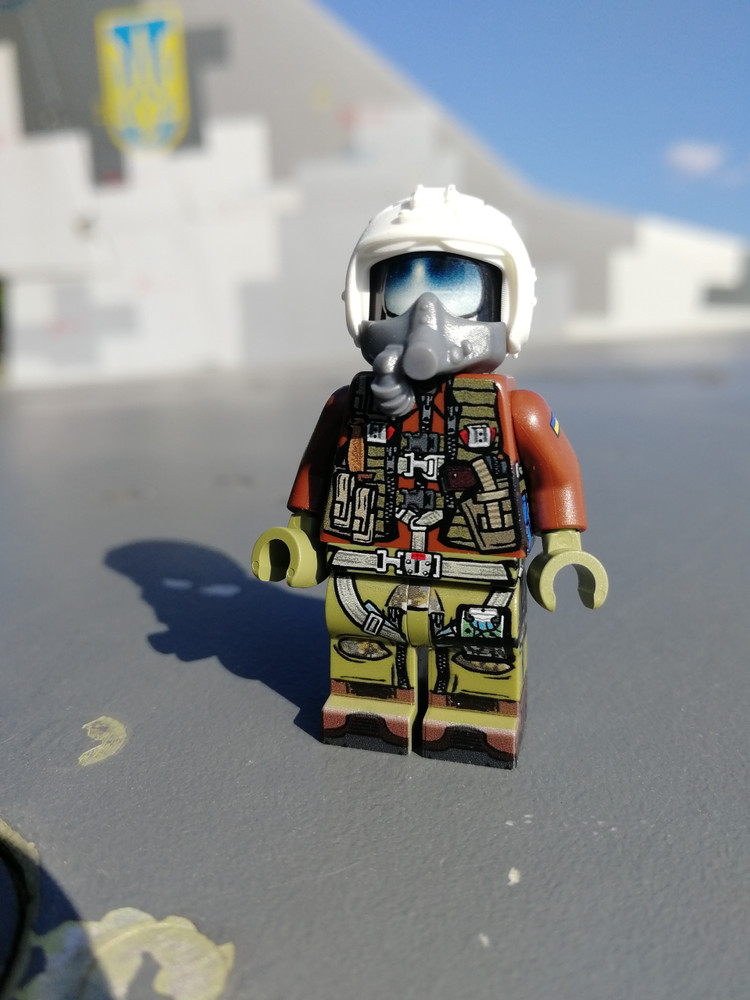 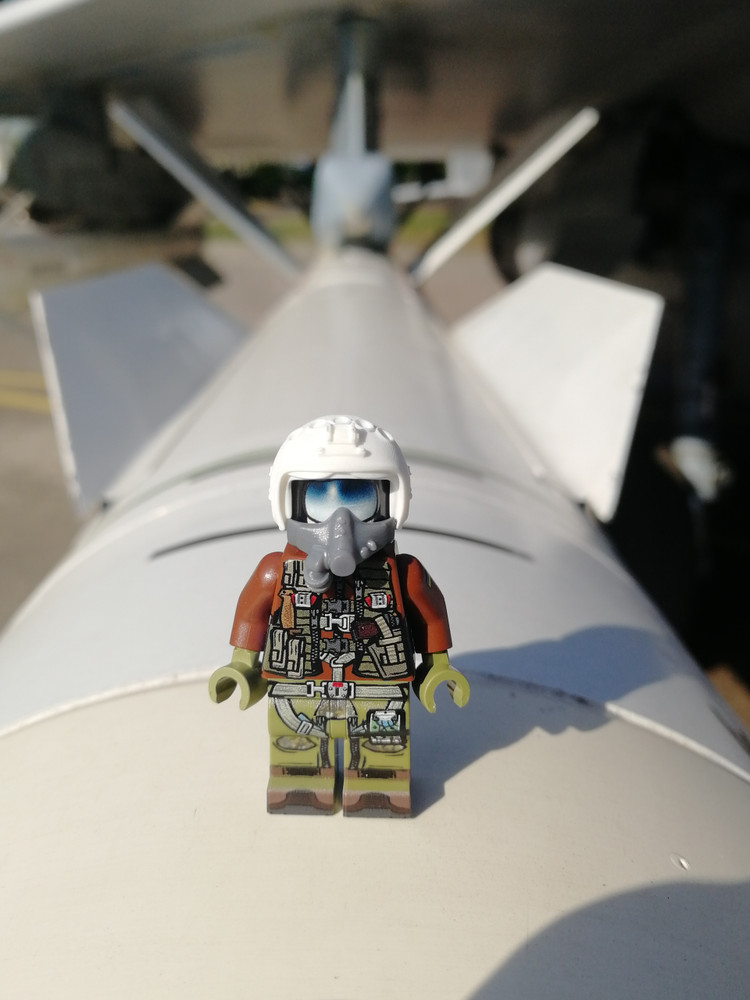 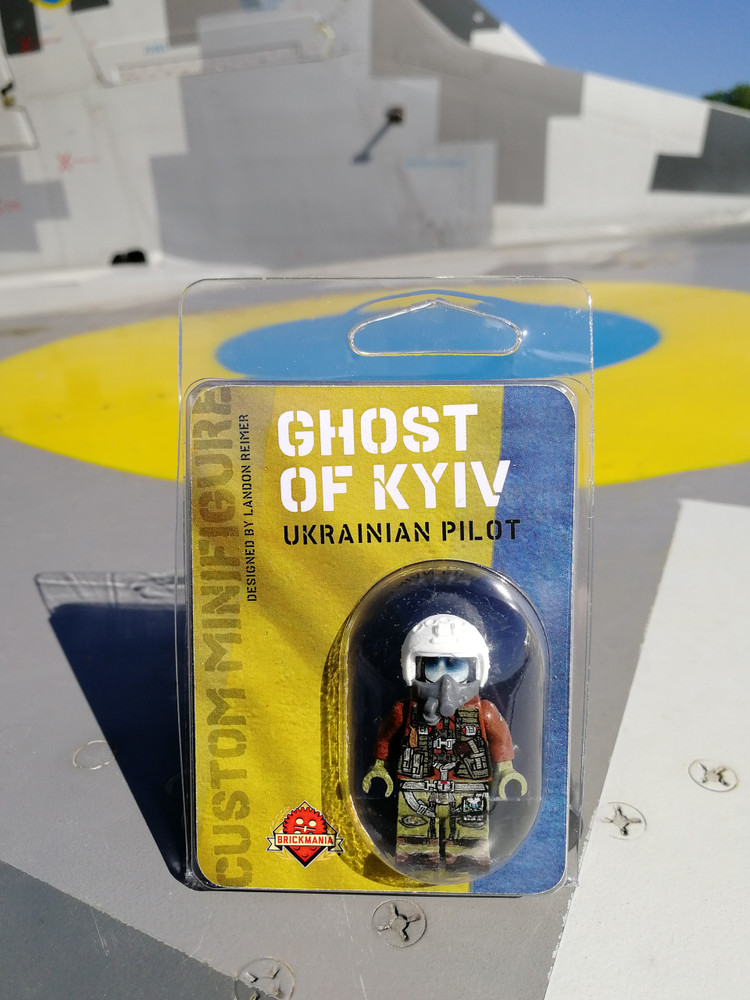 On social media, the “Ghost of Kyiv” is a military hero, an ace fighter pilot hailed for shooting down multiple Russian planes. The tales began just days into the war and circulated for months, bolstered by official Ukrainian accounts. Brickmania would like to thank the pilots of the 40th Tactical Aviation Brigade for their essential help in the completion of this project. We hope to make you guys proud and send some much needed aid your way!

"The ghost of Kyiv is a superhero-legend whose figure was created by Ukrainians. This is a collective image of the pilots of the 40th Tactical Aviation Brigade of the Air Force which protects the sky of the capital. They suddenly appear where they are not expected!"

A special thanks to bestselling author Adam Makos (A Higher Call, Devotion) for the help in making this endeavor possible and Ukrainian MiG-29 pilot call sign “Juice” who assisted this project from the front lines. 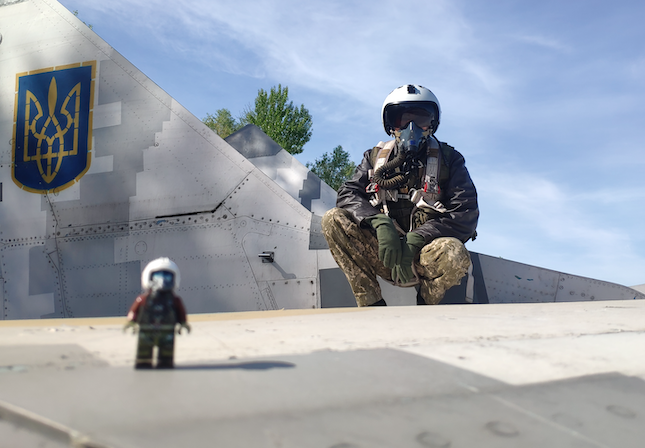 Proceeds from the sale of this figure will benefit the Ukrainian Air Force via the charity “Wingmen for Ukraine” comprised of off-duty members of the US Air Force and their spouses and allies. Wingmen for Ukraine is an American charity dedicated to helping equip the jet aircraft and helicopter pilots of the Ukrainian Air Force with desperately needed supplies ranging from Nomex fireproof gloves to satellite survival radios to helmet bags. 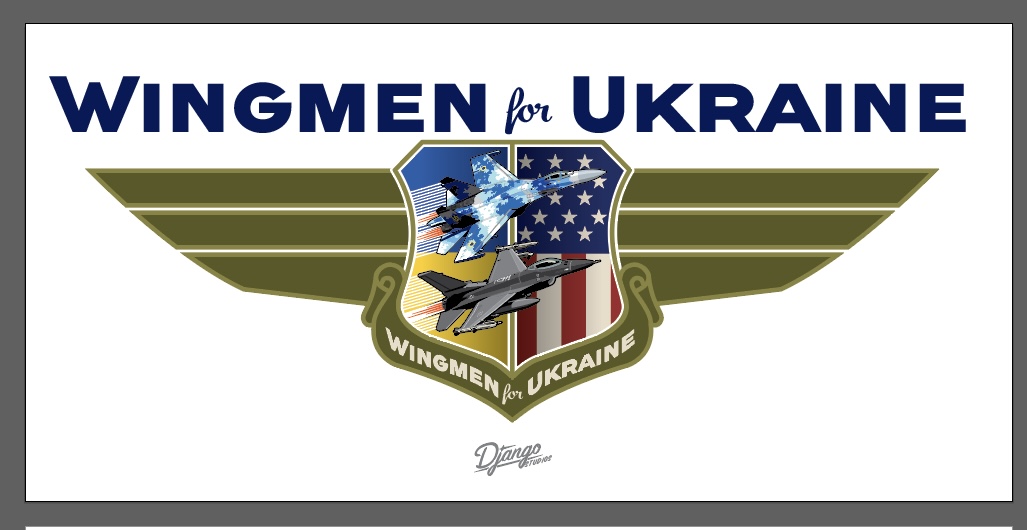 Our minifig is a tribute to the brave pilots that continually risk their lives for defense of freedom in Ukraine. The figure represents a Ukrainian pilot during the first week of the war and was designed by Lando in consultation with Ukrainian MiG-29 pilots currently on the front lines. The figure features modeled elements, and extremely detailed printing, all designed and manufactured at Brickmania HQ. Please note the pictured patches are not included. 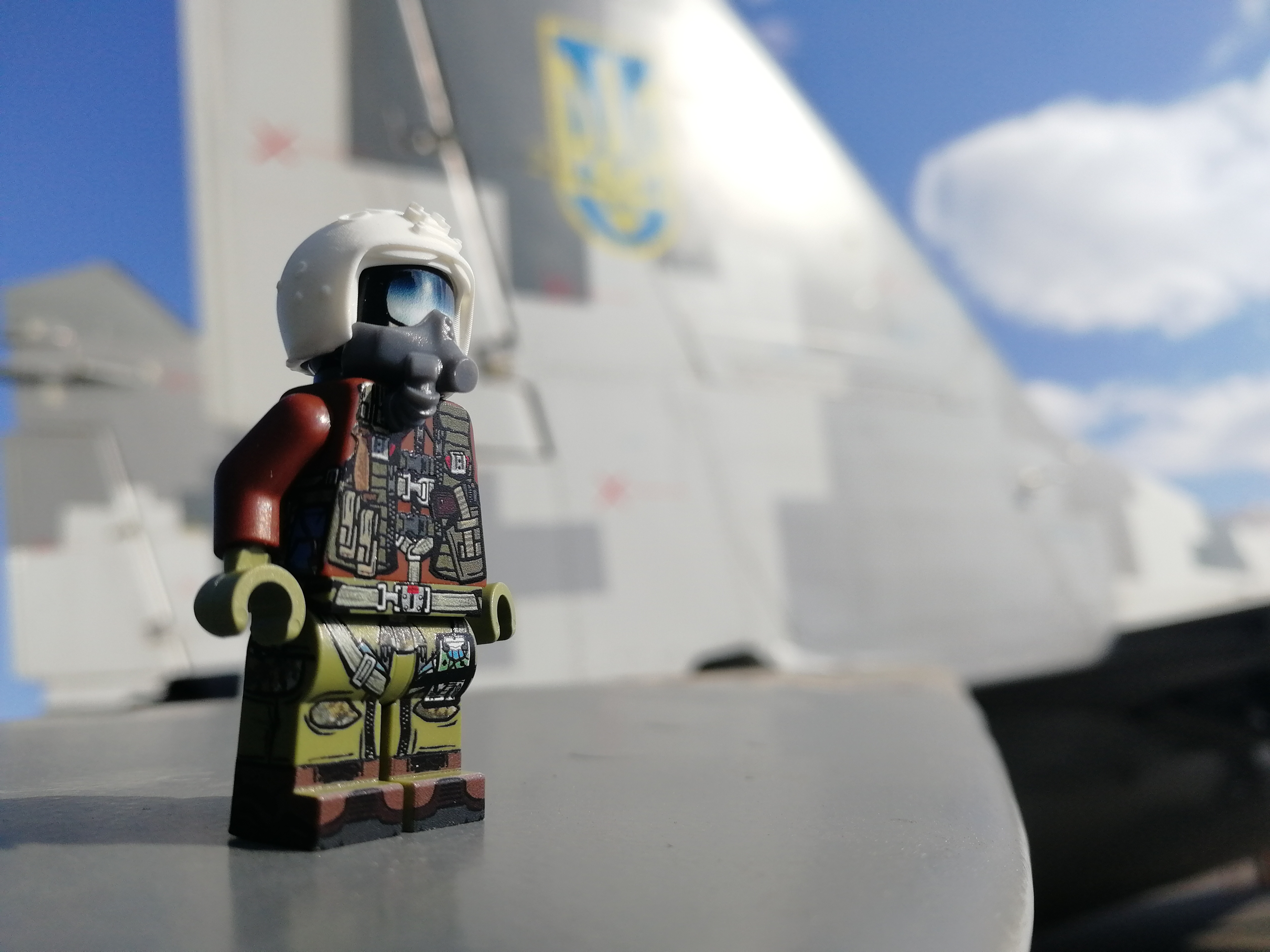