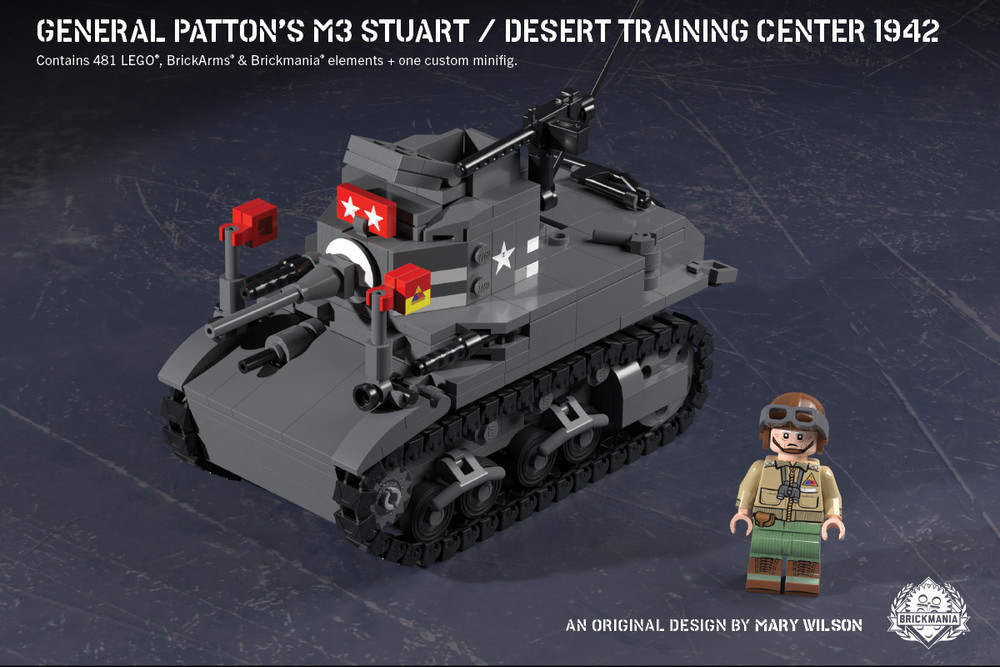 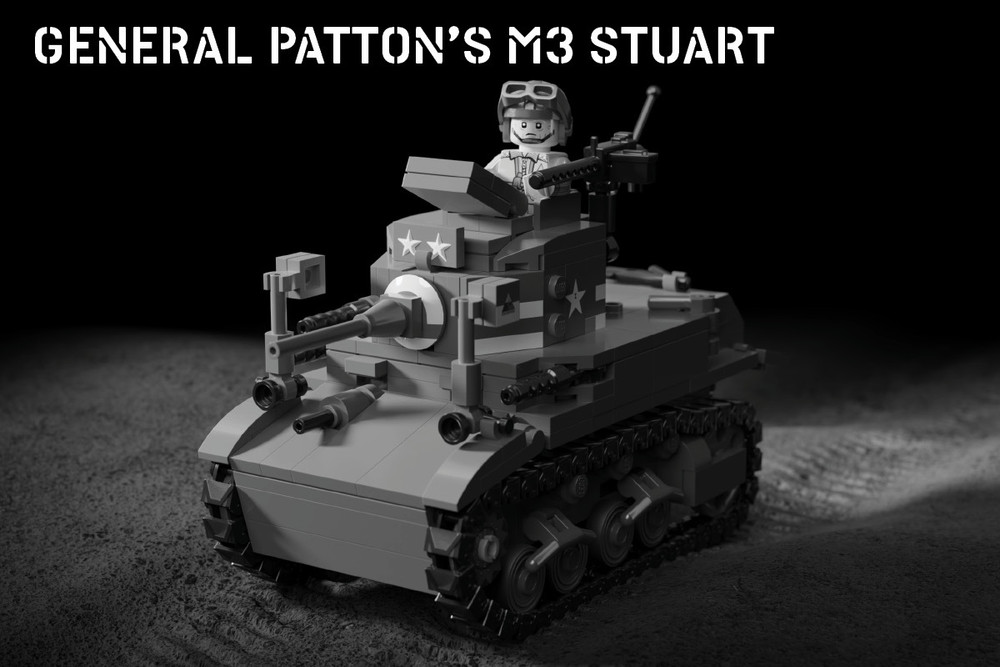 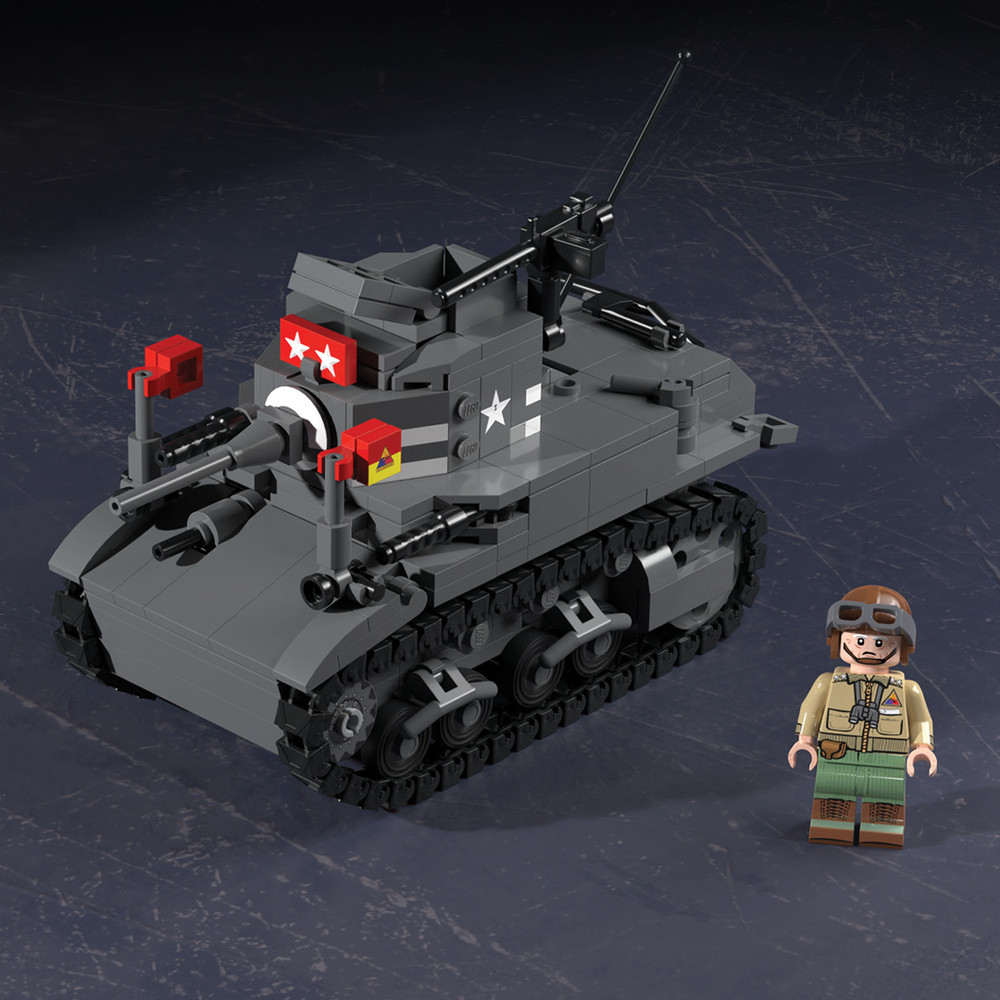 About General Patton's M3 Stuart - Desert Training Center 1942
The M3 Stuart was the United States’ first entry of a light tank. Initial production runs were sent straight to the British as part of the lend-lease program and immediately saw action in North Africa. After initial combat reports, updates were made and the M3A1 began production in May of 1942. These updates included a gyro stabilizer for the 37mm main gun and a power traverse function for the turret. A basket was also added to the turret to accommodate this new power traverse feature.

Following Japan’s attack of Pearl Harbor, the United States saw itself squarely involved in a global conflict. Following a long stay in the White House, British Prime Minister Winston Churchill convinced Roosevelt and American military leadership to adopt a Germany-first policy that looked to knock out the Third Reich as quickly as possible. American forces would first see action aiding the British in North Africa, but prior to deployment, American troops were sent to the Desert Training facility in California to prepare for desert warfare. General Patton, who would take command of American troops in the region, rode atop an M3 Stuart as he supervised the training. This particular Stuart was embellished with Patton’s rank and markings, so everyone knew who was watching.