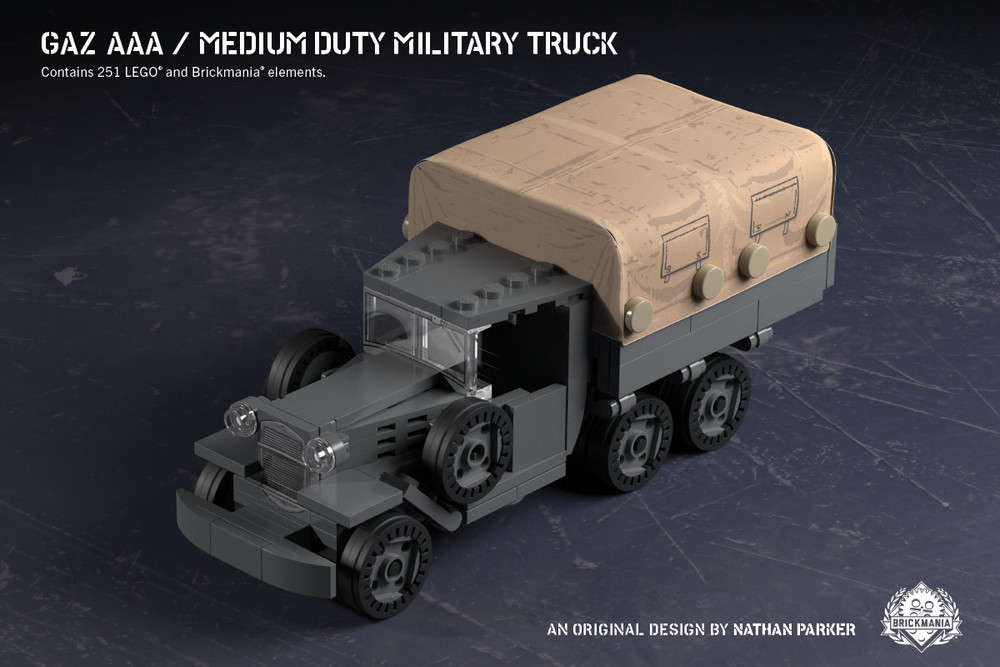 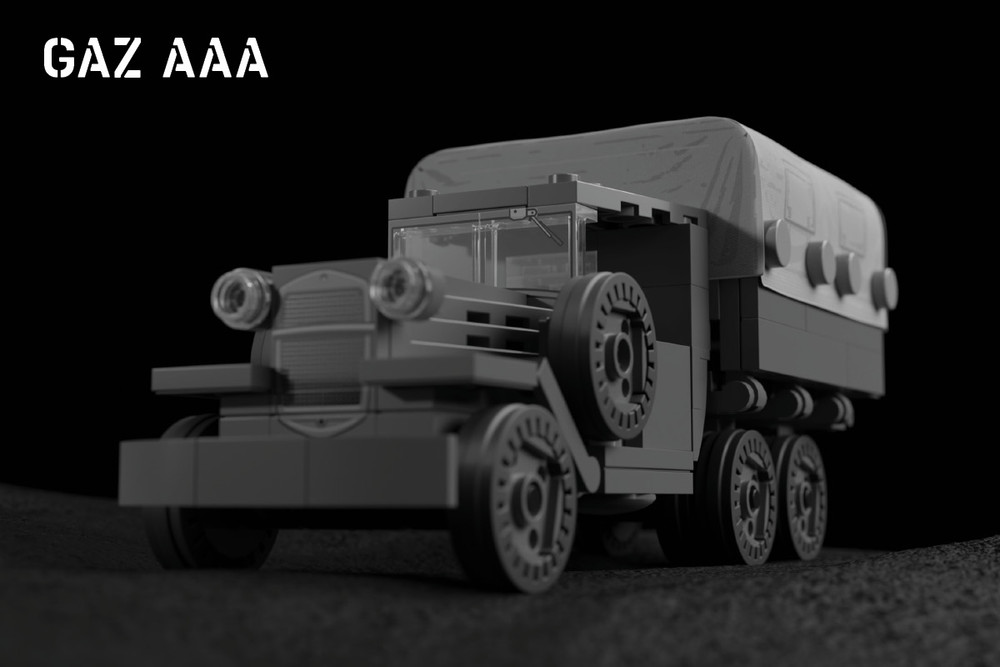 While the trucks were originally designed for the civilian industry, everything in the Soviet Union served a dual purpose. As tensions heightened and war broke out in Europe, those trucks transitioned into the Soviet military. Over 37,000 units of the Gaz AAA were built. Some with anti-aircraft guns mounted to the back while others used canvas covers to protect troops and supplies from the harsh elements. Like the American Deuce-and-a-half, the Gaz AAA became a symbol of the war effort.

Complete with canvas cover, this updated build features more accurate scaling as well as a printed front grill and windshield.