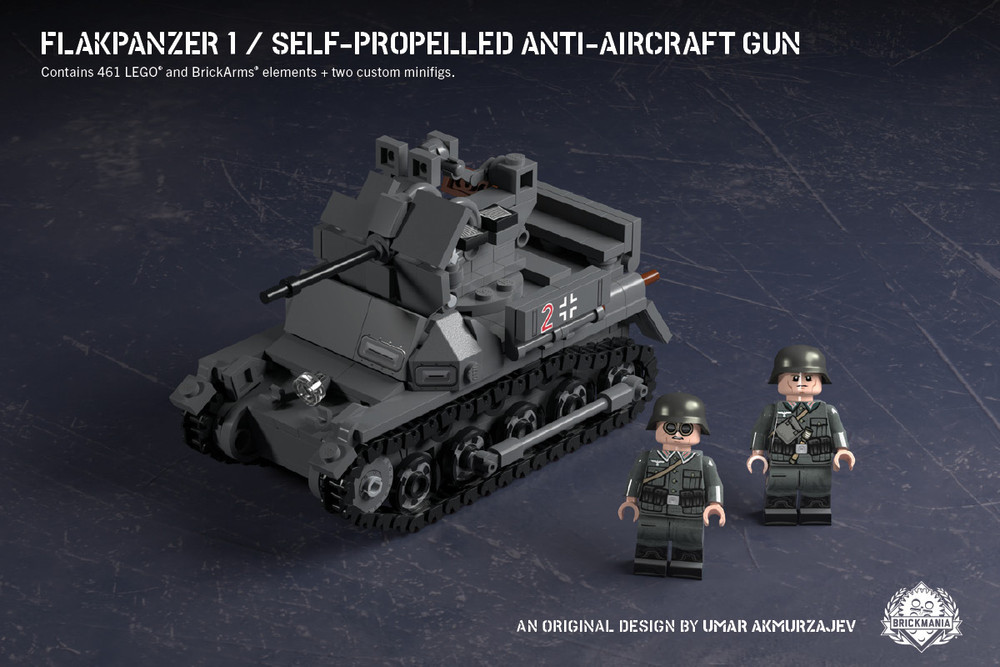 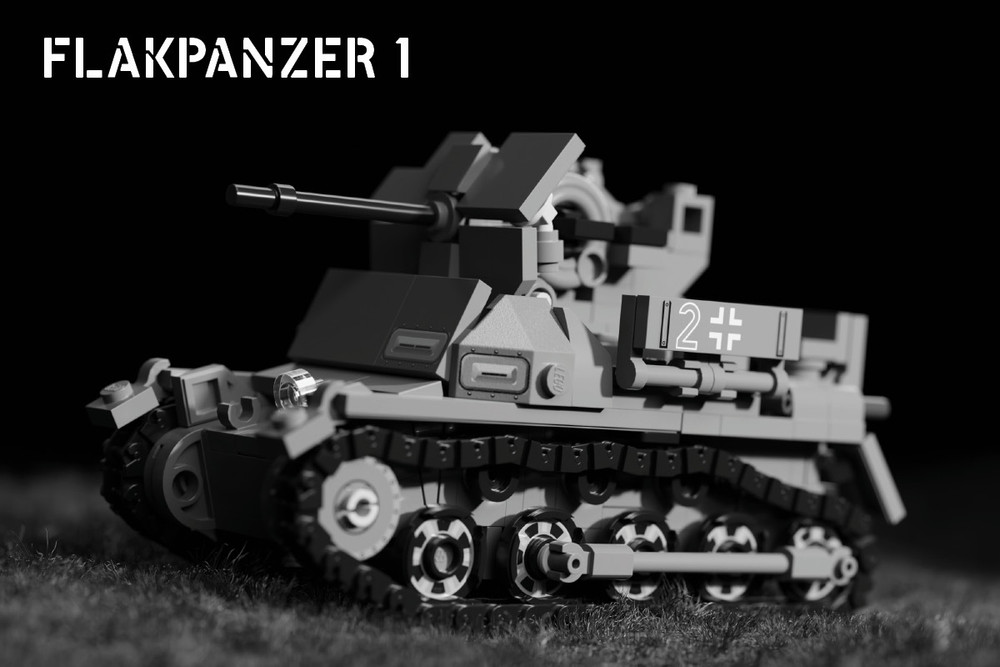 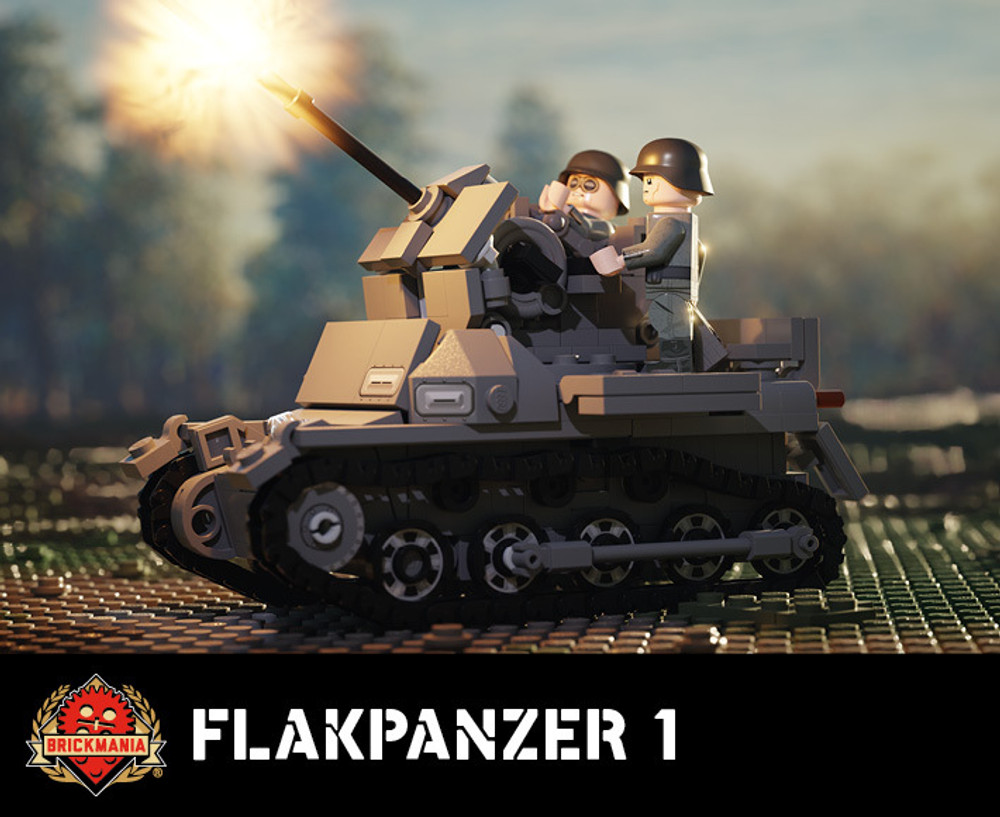 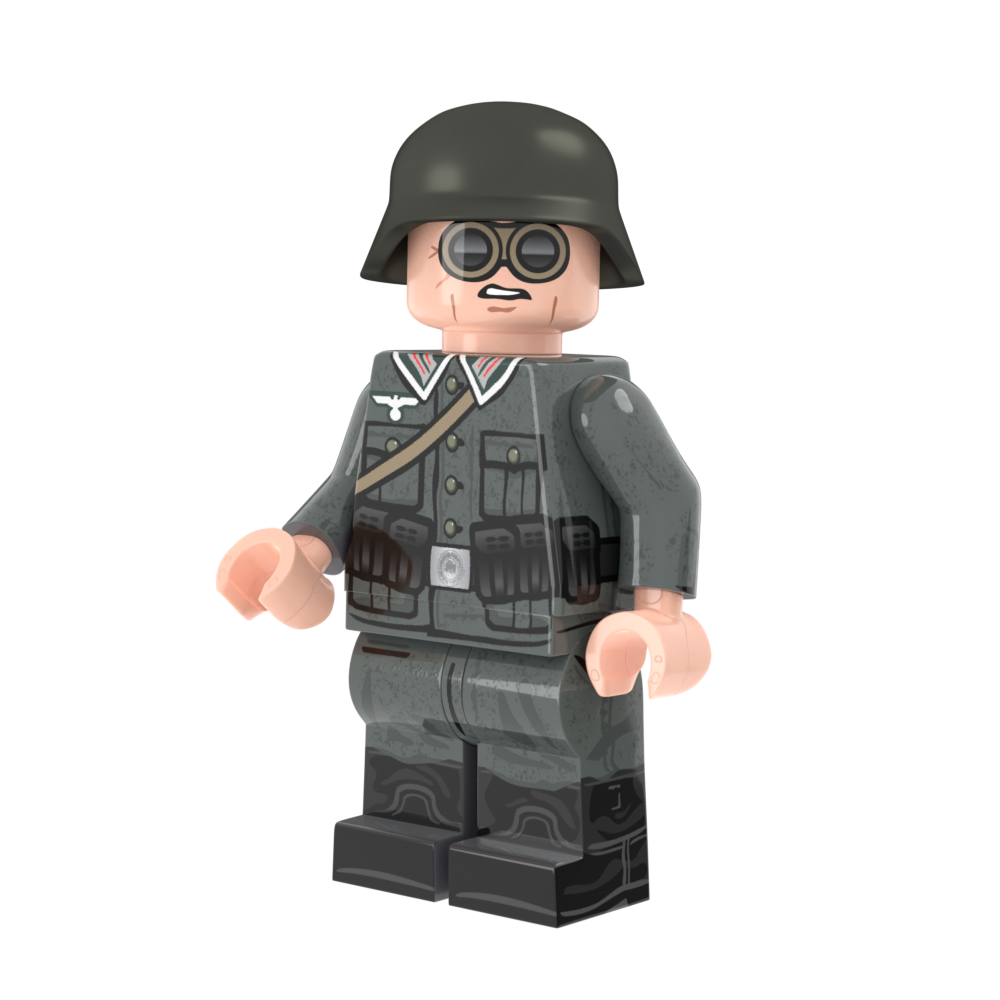 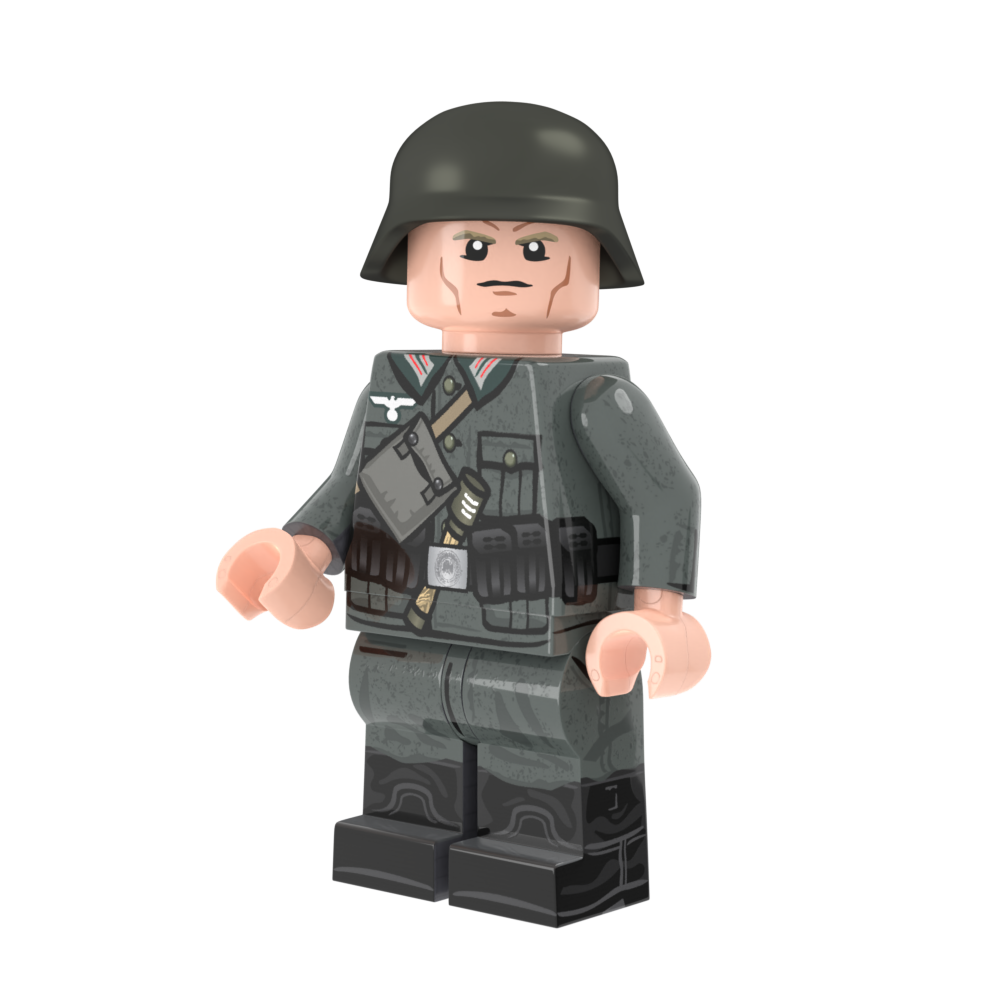 About the Flakpanzer 1 – Self-Propelled Anti-Aircraft Gun:

The German Flakpanzer 1 was a mobile anti-aircraft platform. This early war model was derived from the need to protect ammunition convoys, specifically those of the 610th Munitions Transport Battalion. The solution involved converting Panzer I Ausf A tanks. The turrets of these tanks were stripped off while the hulls, chassis, engine, and drivetrains remained the same. The original weight of the Panzer 1 was 5.4 tons while the conversion led to an increased weight of 6.3 tons. This may seem negligible, however, the increased weight put added stress on the Krupp four-cylinder engine. To help curb overheating, large 70mm holes were cut in the side of the engine compartment to help with ventilation.

The top of the tank, where the turret once was, saw serious modification. To increase workspace for the crew, two and sometimes three foldable platforms were added. Armor was also added along the top of the superstructure, just below the gun, to protect the crew within. Of course, the most important change was the gun. The 2cm Flak 38 was chosen. It could traverse 360 degrees and elevate up to 90 degrees. Its effective range was roughly 2km with a practical rate of fire around 200 rounds per minute. Utilizing a crew of eight with the addition of ammunition trailers, the Flakpanzer 1 saw service throughout the Western and Eastern fronts. 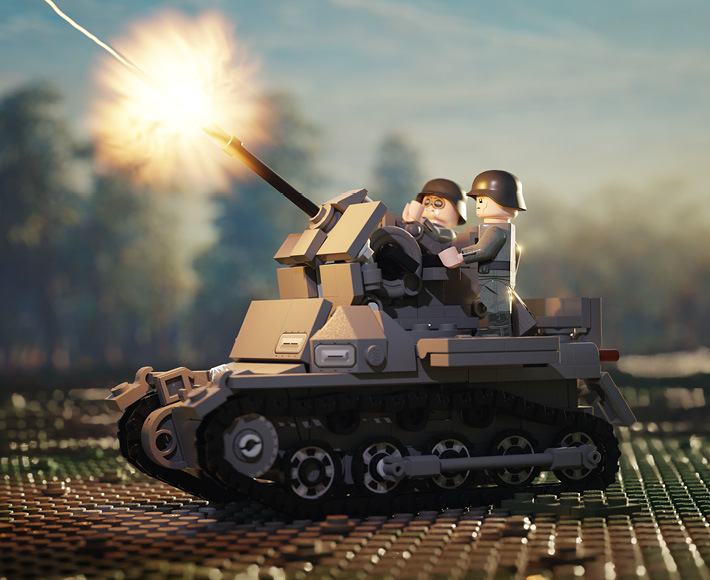 This intricate build features a posable main gun, rotating superstructure, all printed details, and a pair of custom minifigs. Brick-built details, folding platforms, and accurate shaping are some additional perks.