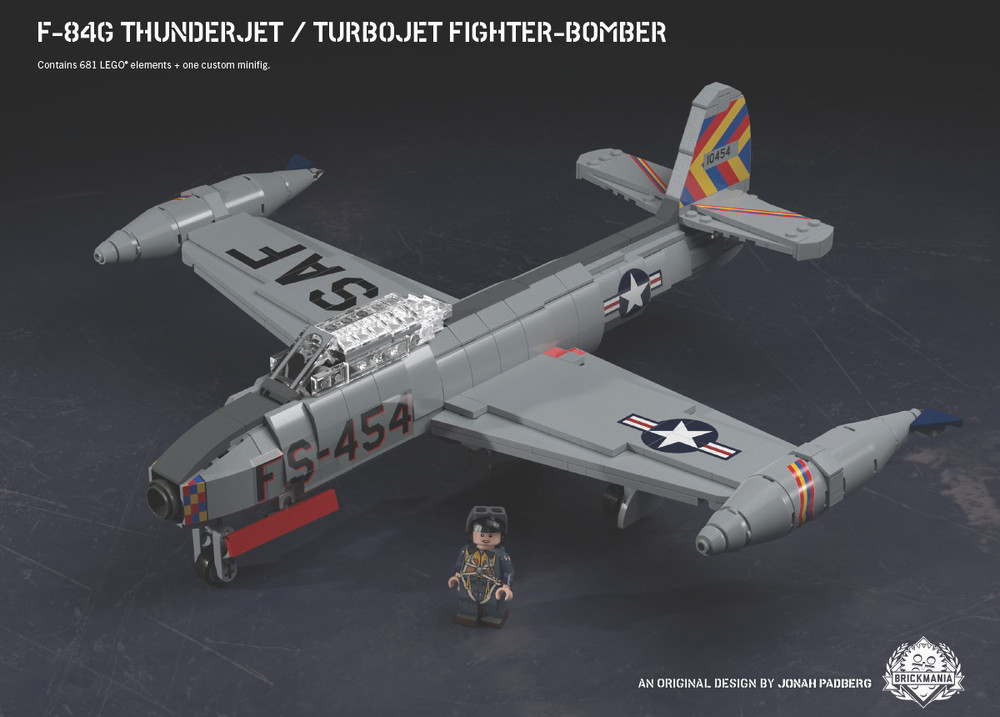 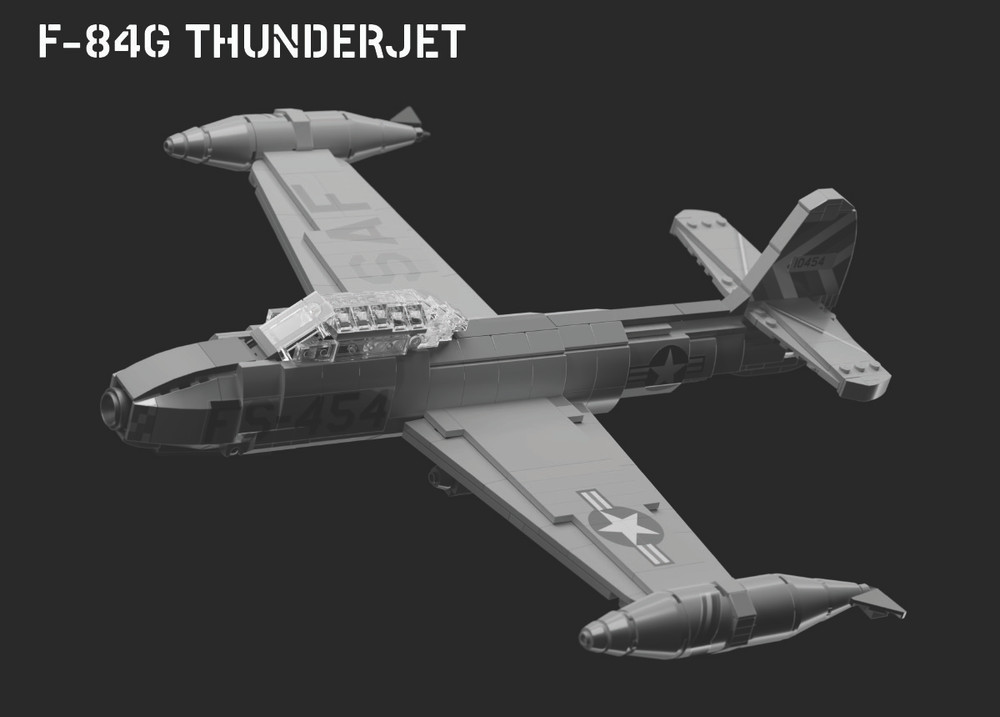 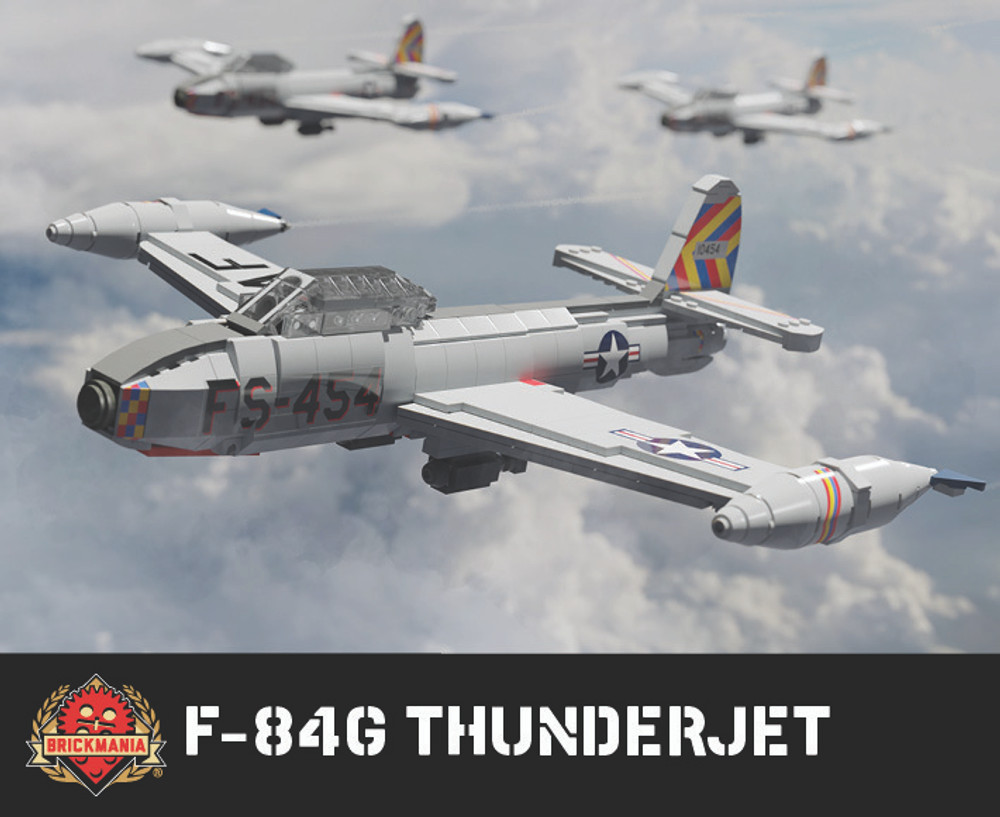 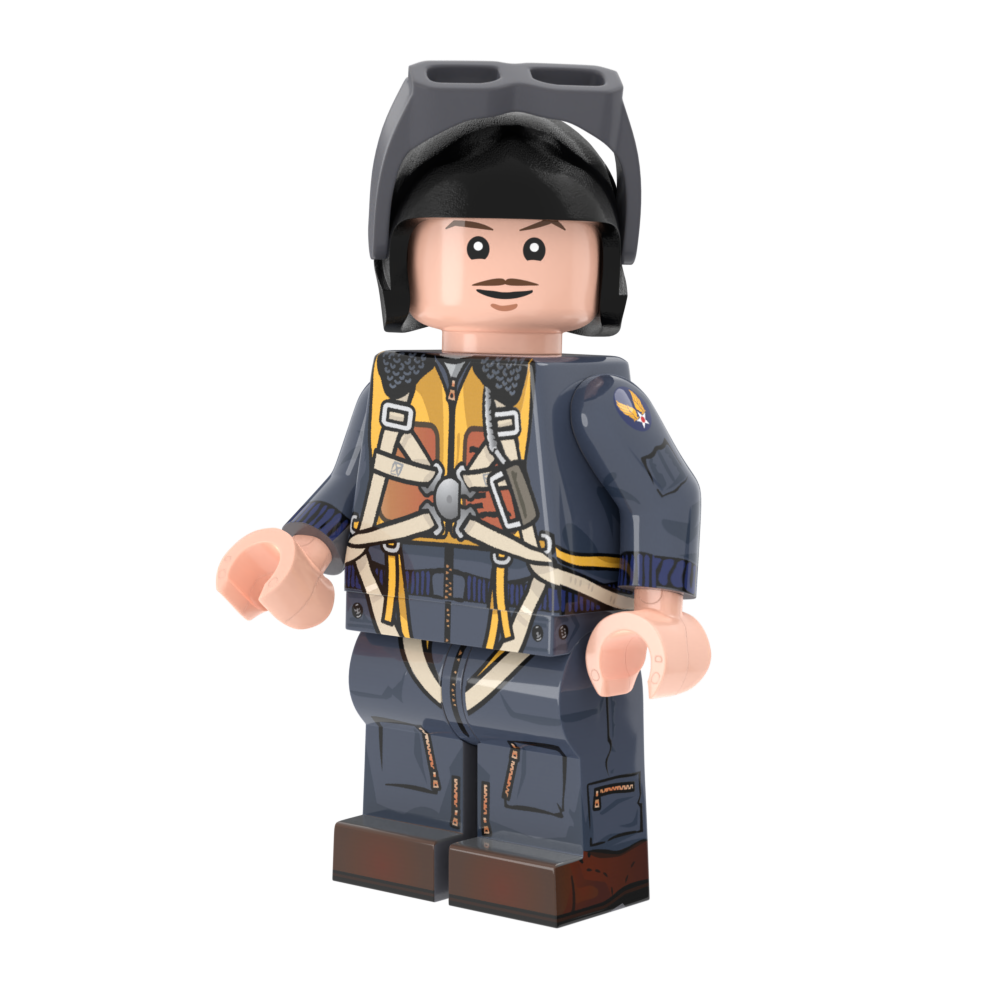 About the F-84G Thunderjet – Turbojet Fighter-Bomber:

First flying in February of 1946, the F-84 Thunderjet was the United States’ second mass produced jet fighter. Initial batches of the Thunderjet faced structural and weight issues, as well as supply chain disruptions involving engine components. Even with these early struggles, the F-84 was a promising fighter that offered long-range protection for America’s bombers.

By the time the United States entered open warfare with North Korea, the F-84 had been upgraded to the “G” variant, fixing the previous issues. Powered by an Allison J35-A-29 jet propulsion engine that pushed over 4,900 lbs. of thrust, the F-84G could reach speeds of 620 mph. For armament, the jet fighter was equipped with six .50 caliber Browning machine guns. To offer a more powerful punch, eight 5-inch rockets or a bomb load of 2,000 lbs. could be used in close air support of ground forces.

Early in the Korean War, the Thunderjet flew as bomber protection, keeping B-29 Superfortresses safe. Tactical strategy quickly changed, as did the Thunderjet’s mission. The F-84G was used as close air support for ground troops and as a daytime interdiction strike aircraft. Its primary targets included enemy railroads, dams, bridges, supply depots, and troop formations. By 1953, production of the straight-wing F-84s ceased, though slant-wing models continued to be built. In total, 4,450 were produced, with many seeing service in other nations. 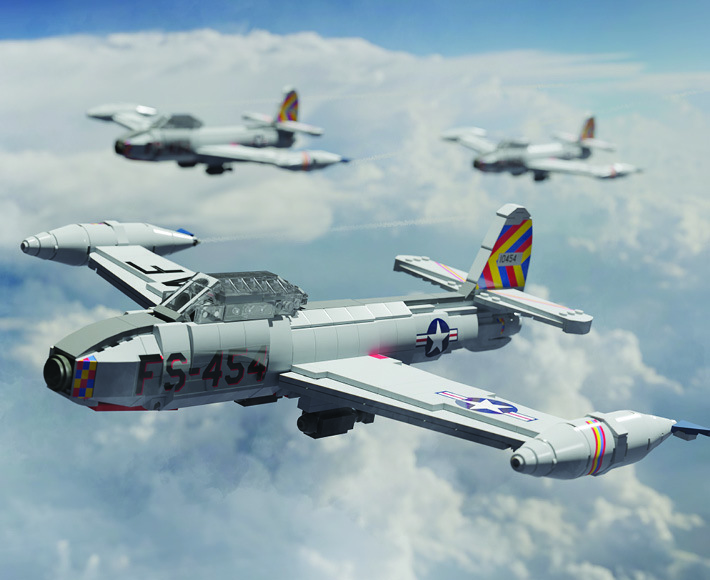 Sleek and formidable as the real thing, this kit features retractable landing gear and a sliding canopy for the included pilot minifig. Brick built ordinance are deployable from hardpoints underneath. Perfect for your collection or desk defense squadron.