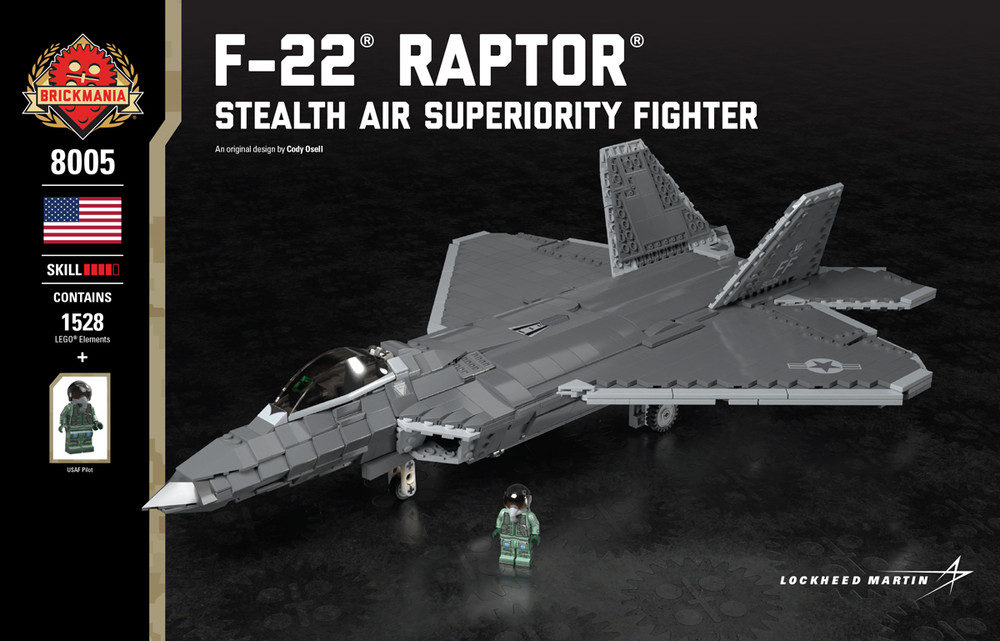 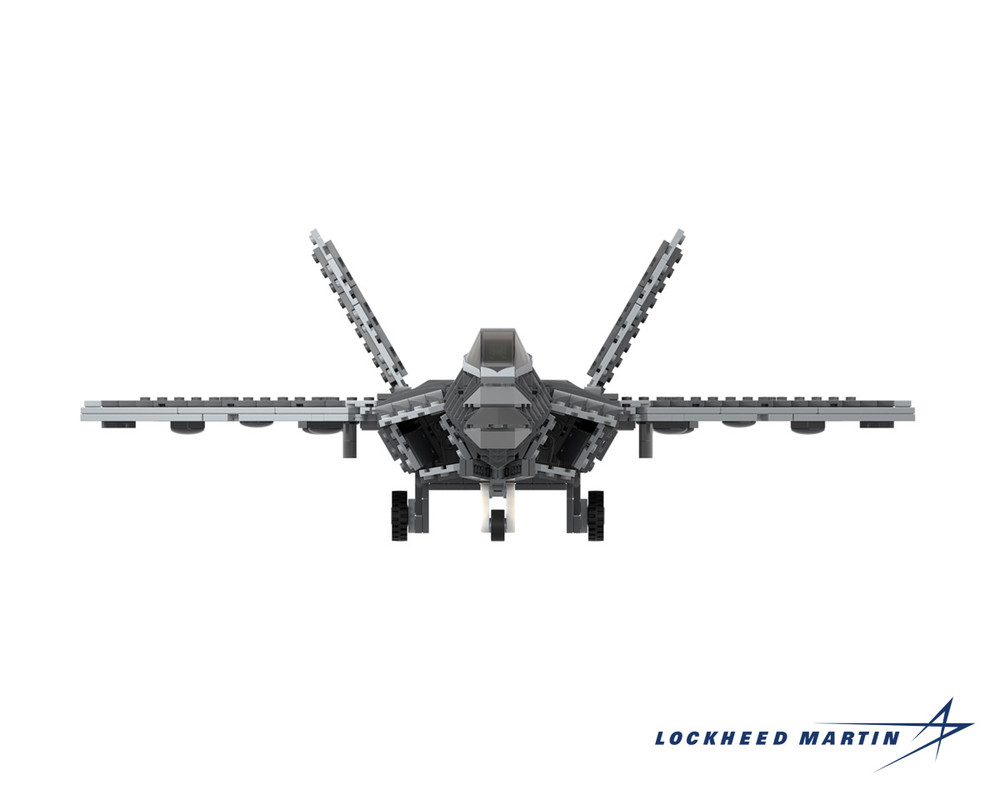 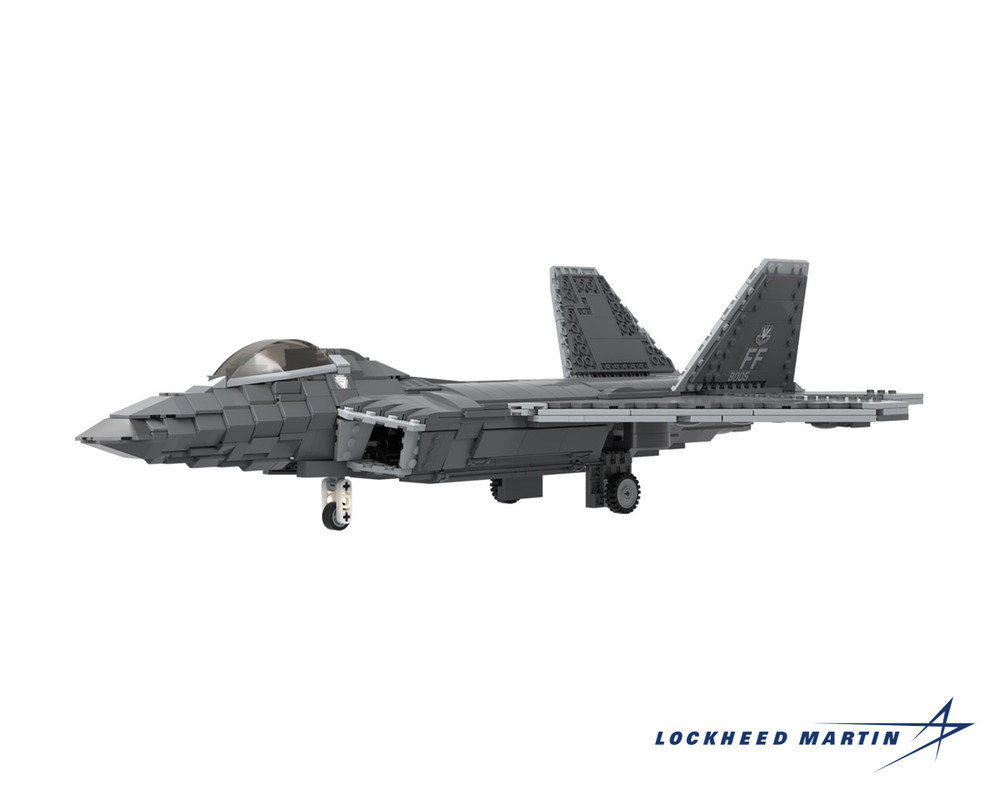 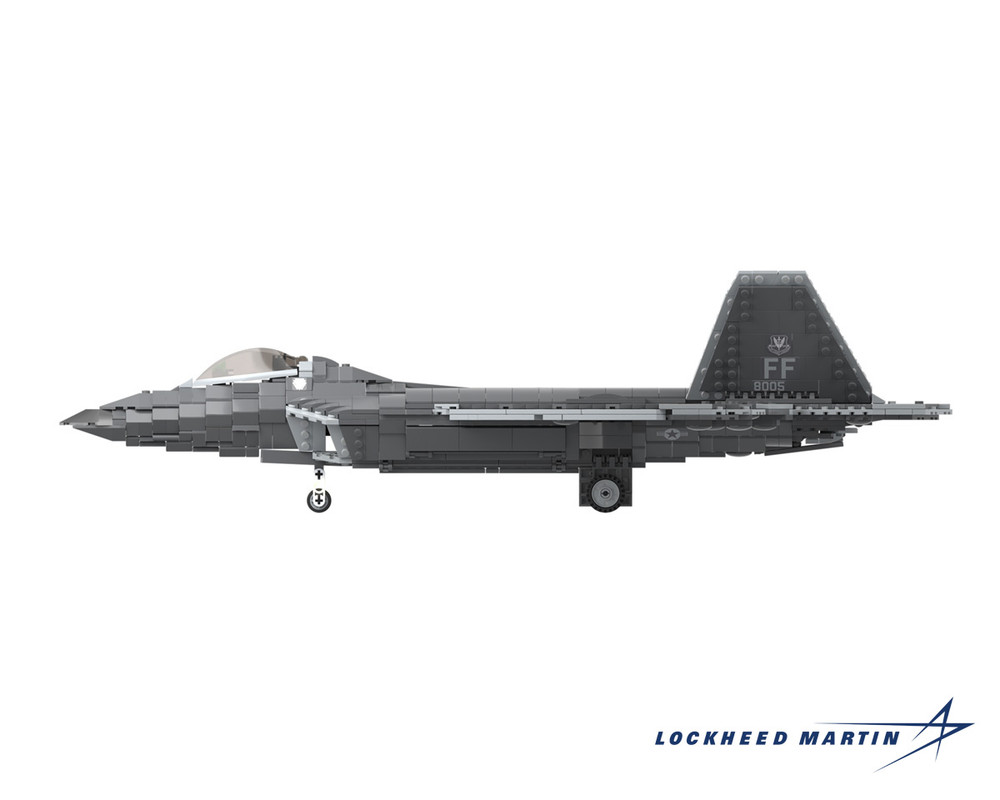 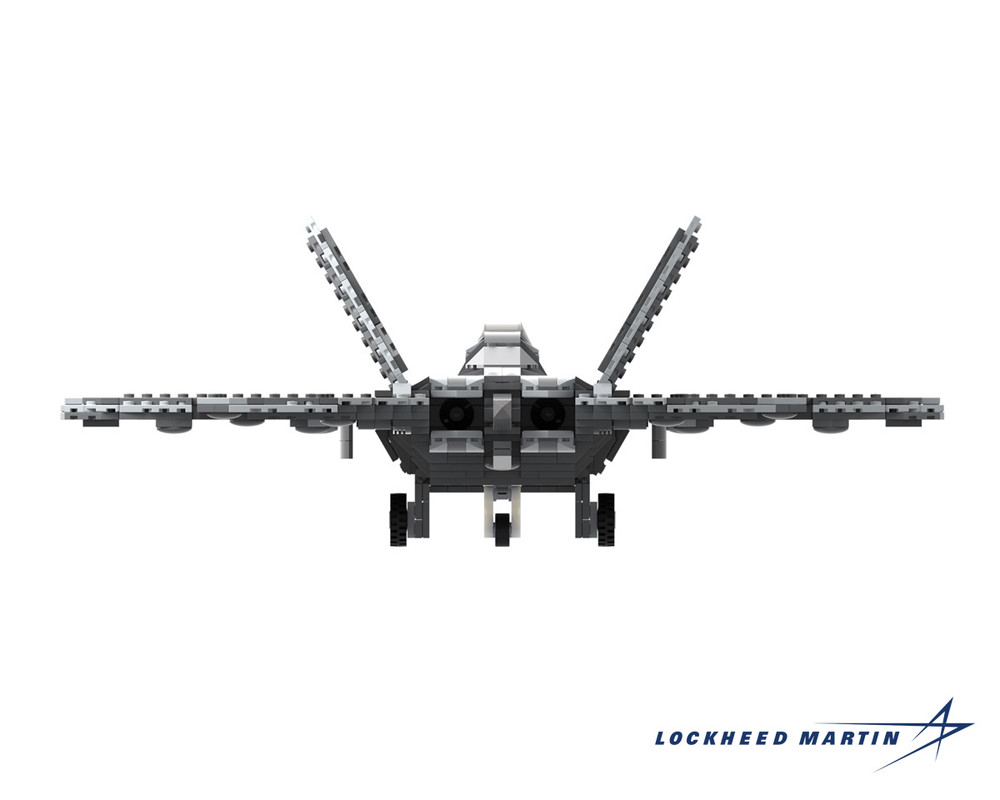 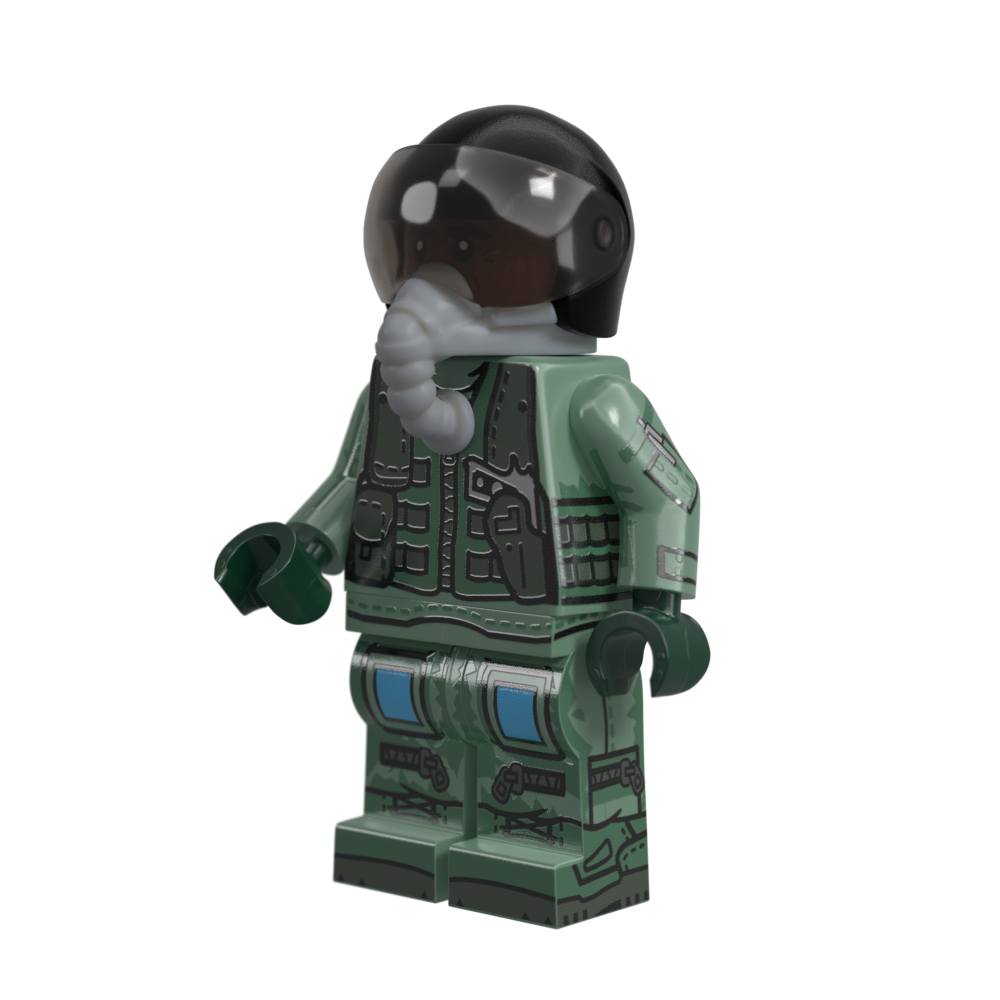 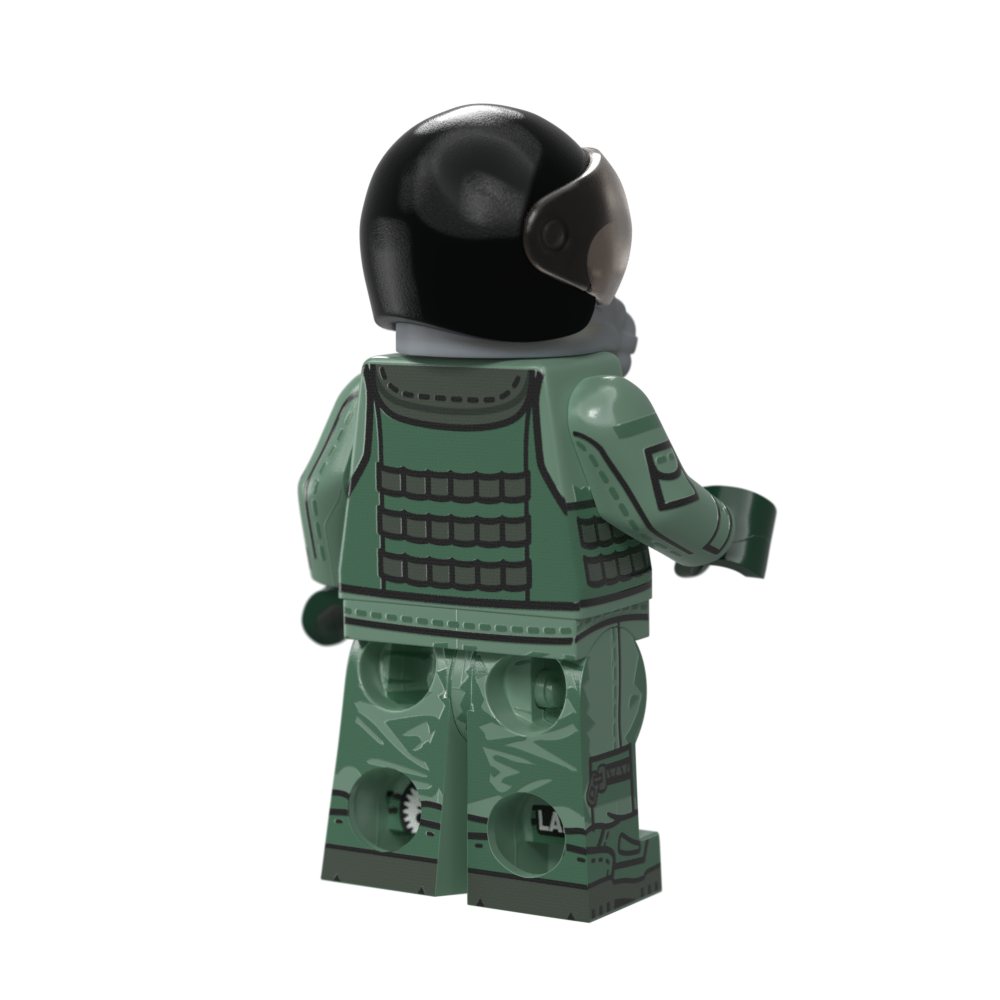 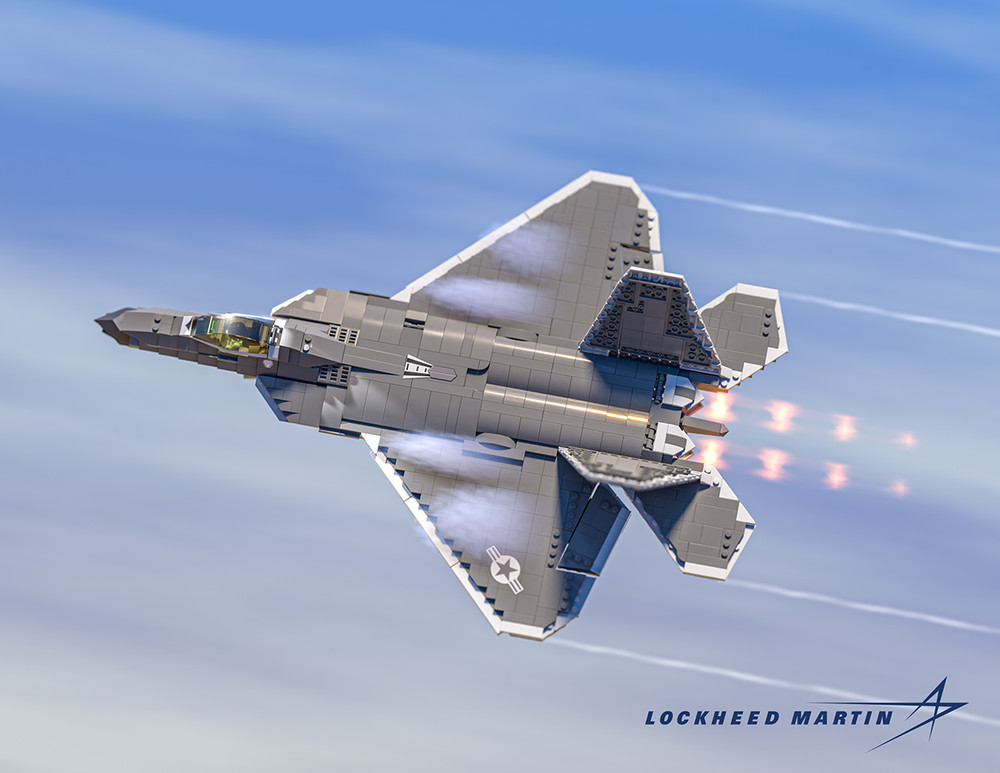 Unmatched by any known fighter in the world today, the F-22 Raptor is the first 5th-generation fighter to serve the U.S. Air Force. Armed with the most advanced avionics on the planet, the F-22 serves as stealth superiority fighter while maintaining its ability to attack surface targets. Perhaps its greatest asset is the aircraft’s two Pratt & Whitney F119-PW-100 turbofan engines with two-dimensional thrust vectoring nozzles, which allows the F-22 to cruise at supersonic airspeeds (greater than 1.5 Mach) without using afterburner, giving it superior speed and range without increasing fuel consumption. 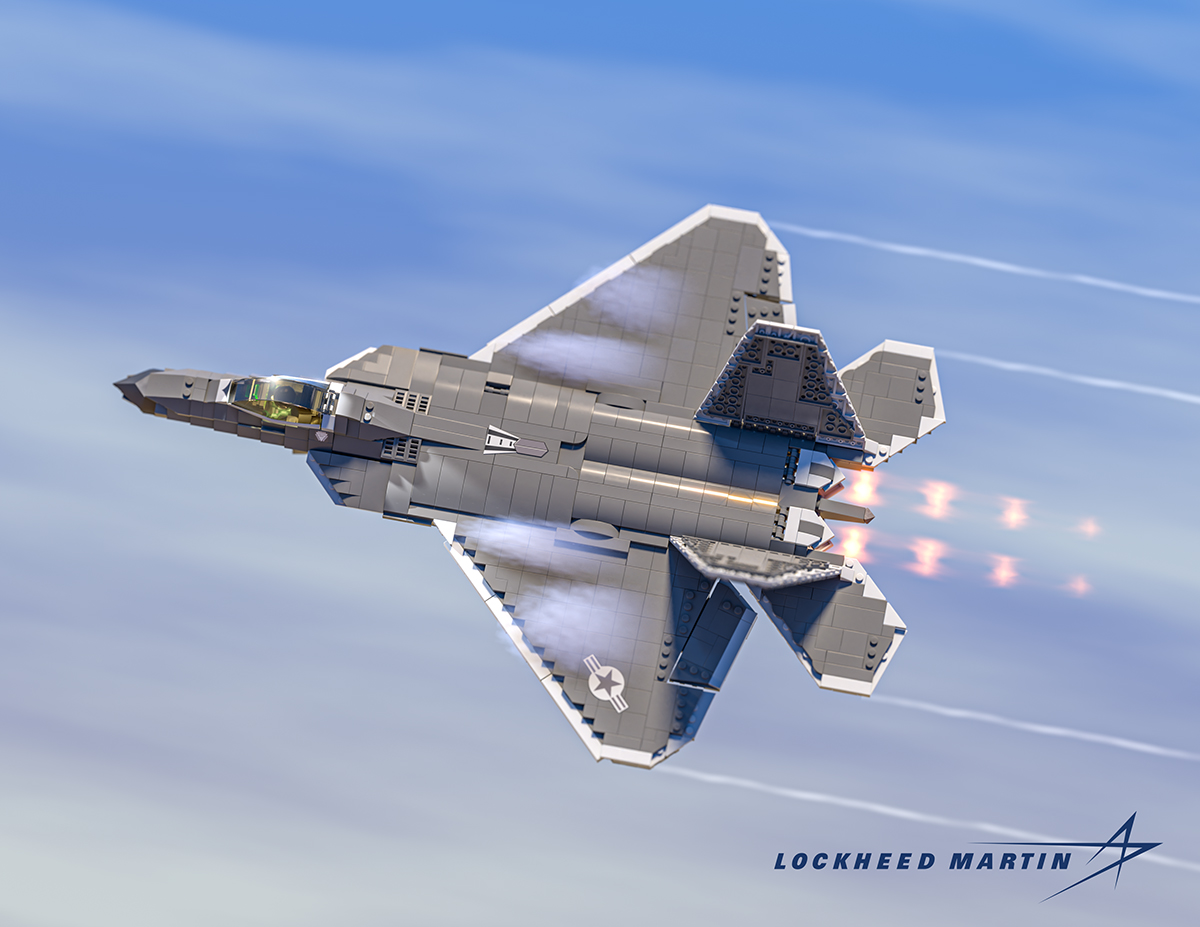 LOCKHEED MARTIN®, F-22® Raptor®, associated emblems and logos, and body designs of vehicles are either registered trademarks or trademarks of Lockheed Martin Corporation in the USA and/or other jurisdictions, used under license by Brickmania, LLC.