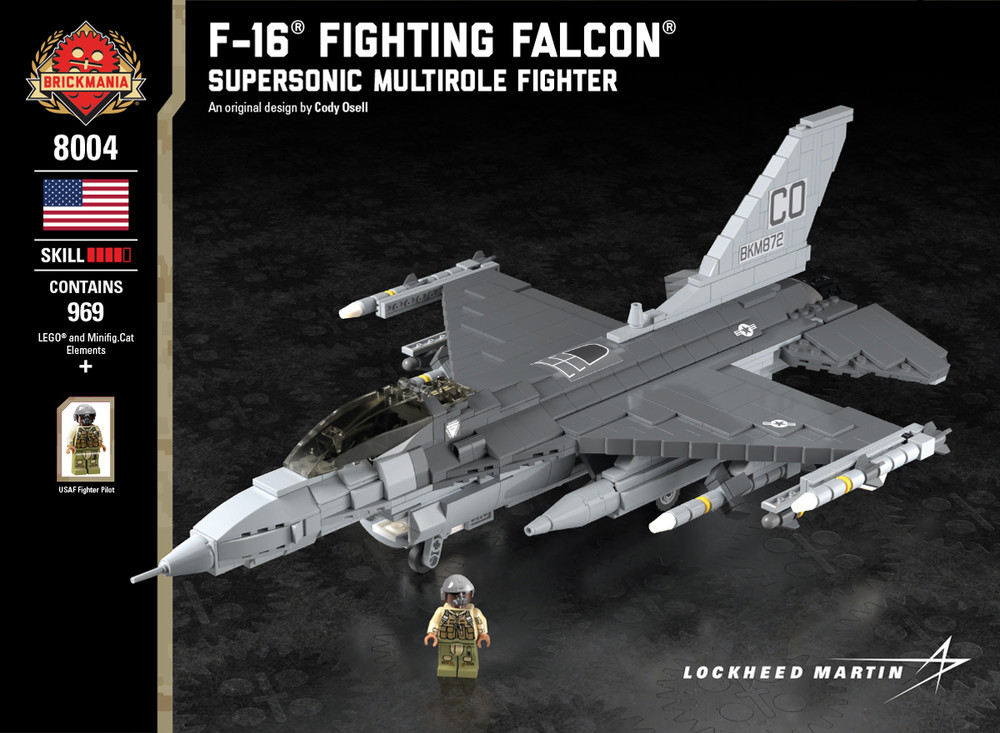 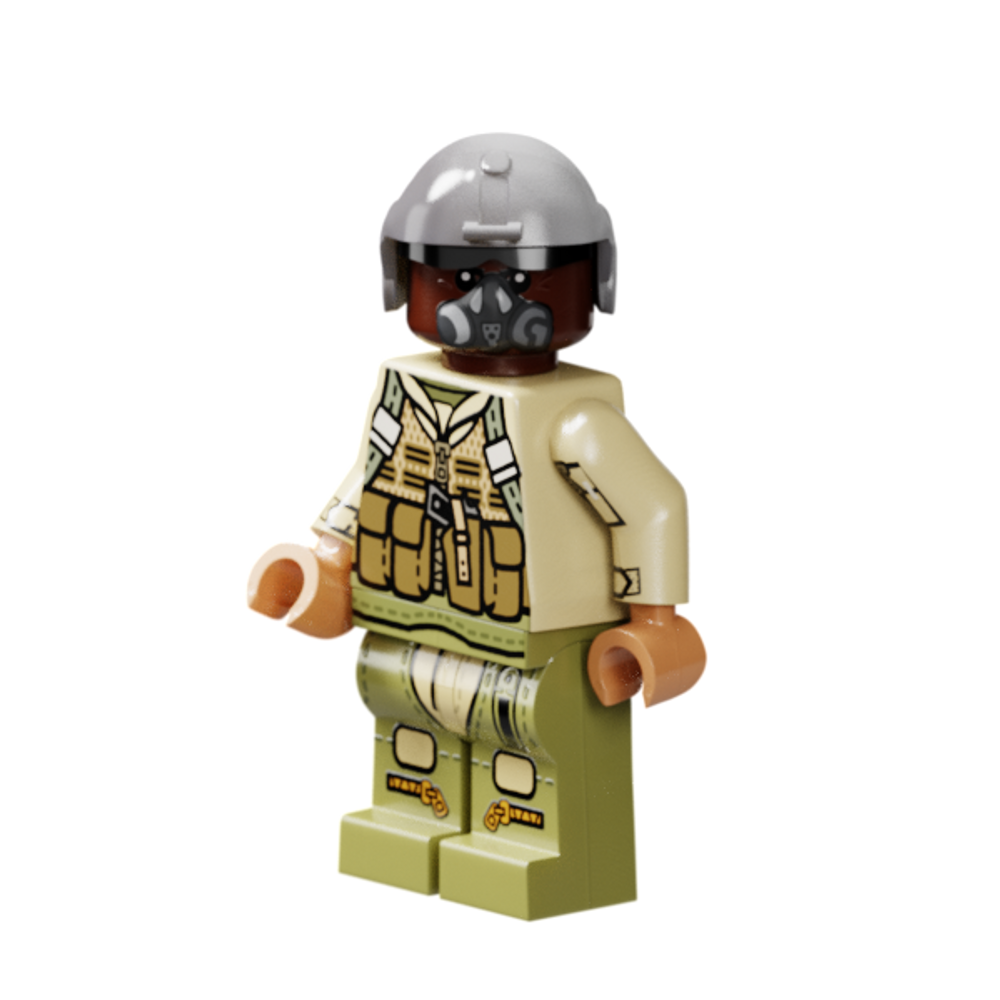 The winner of a NATO fighter design competition in the early 1970s, the F-16 Fighting Falcon was the most impressive dogfighter of its time. Flown by air forces around the world, the F-16 was developed by General Dynamics and was selected in 1975 as the primary aircraft for the United States Air Force. It only took six months for Norway, Belgium, the Netherlands, and Denmark to request the F-16 to replace their aging F-104s.

The F-16 can be equipped with a variety of weapons on each of its nine hardpoints. Standard weaponry includes the Raytheon AMRAAM, Raytheon Sparrow, and the Lockheed AIM-9X Sidewinder. For longer missions, the F-16 can also be outfitted with two external fuel tanks. 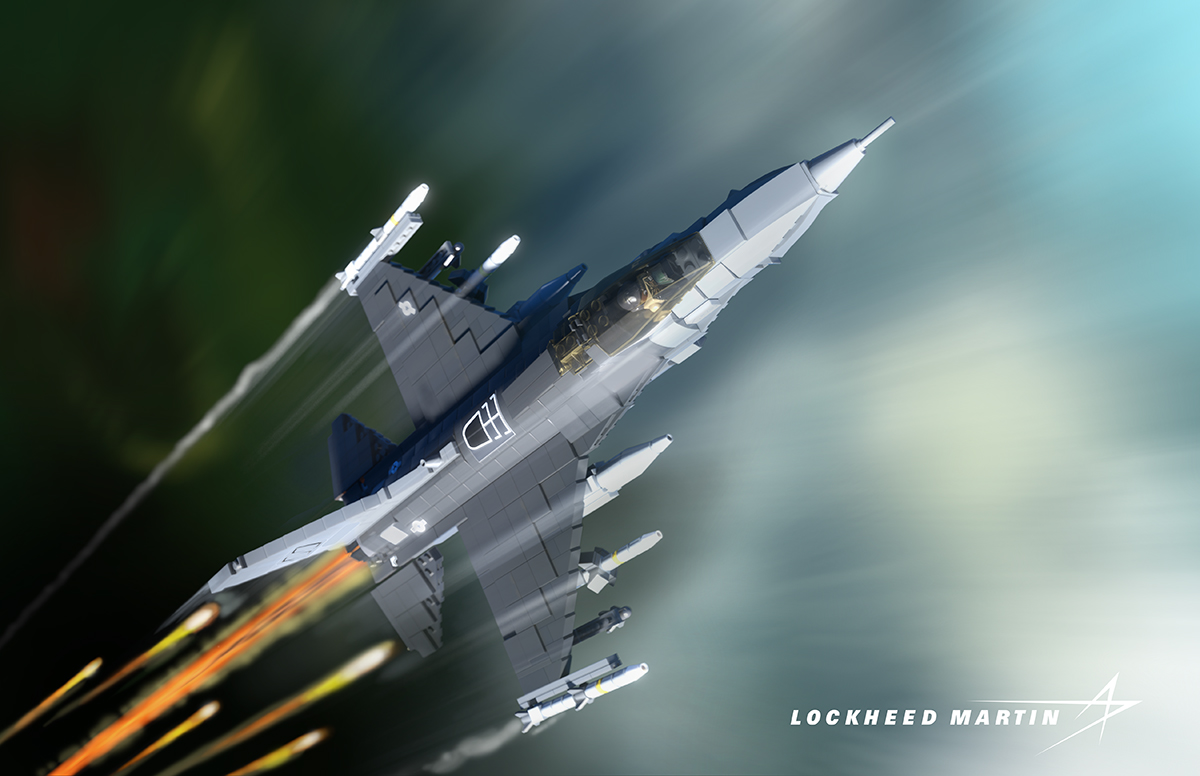 LOCKHEED MARTIN®, F-16 Fighting Falcon®, associated emblems and logos, and body designs of vehicles are either registered trademarks or trademarks of Lockheed Martin Corporation in the USA and/or other jurisdictions, used under license by Brickmania, LLC.