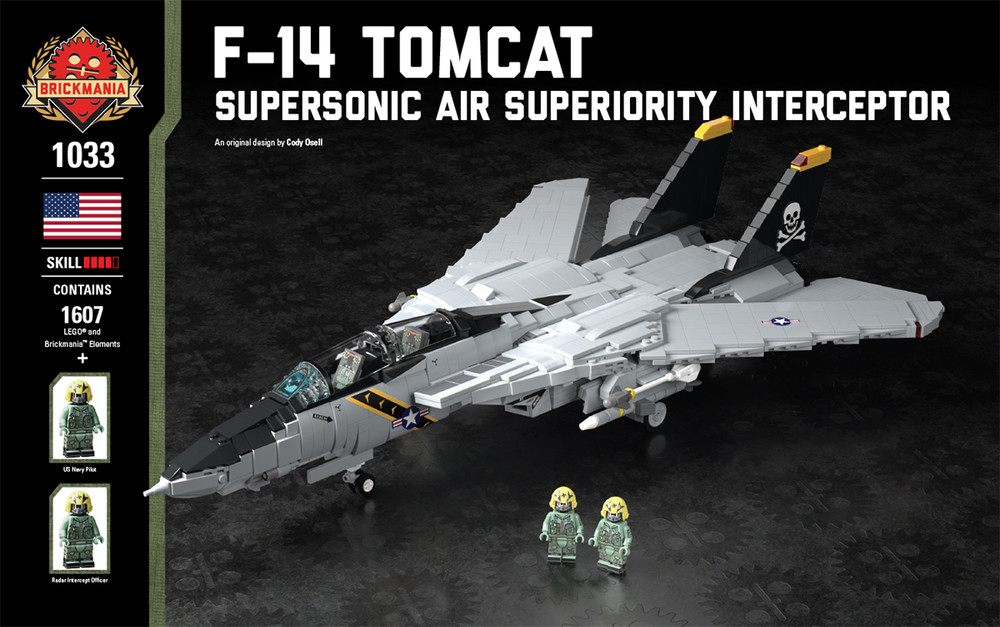 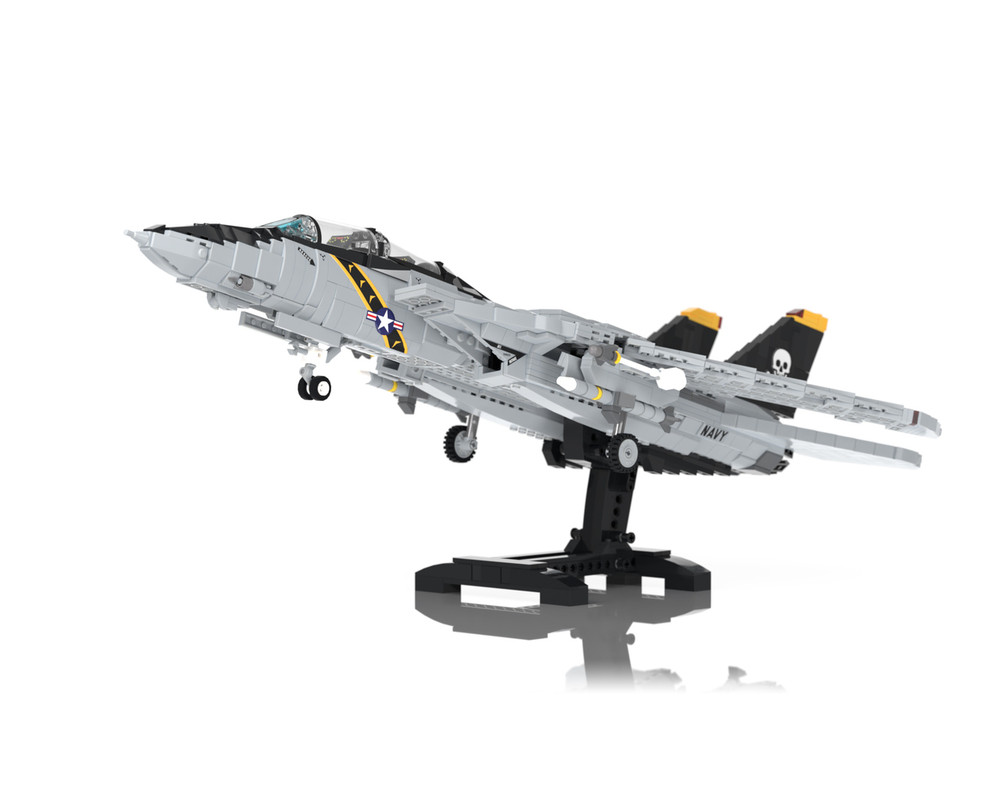 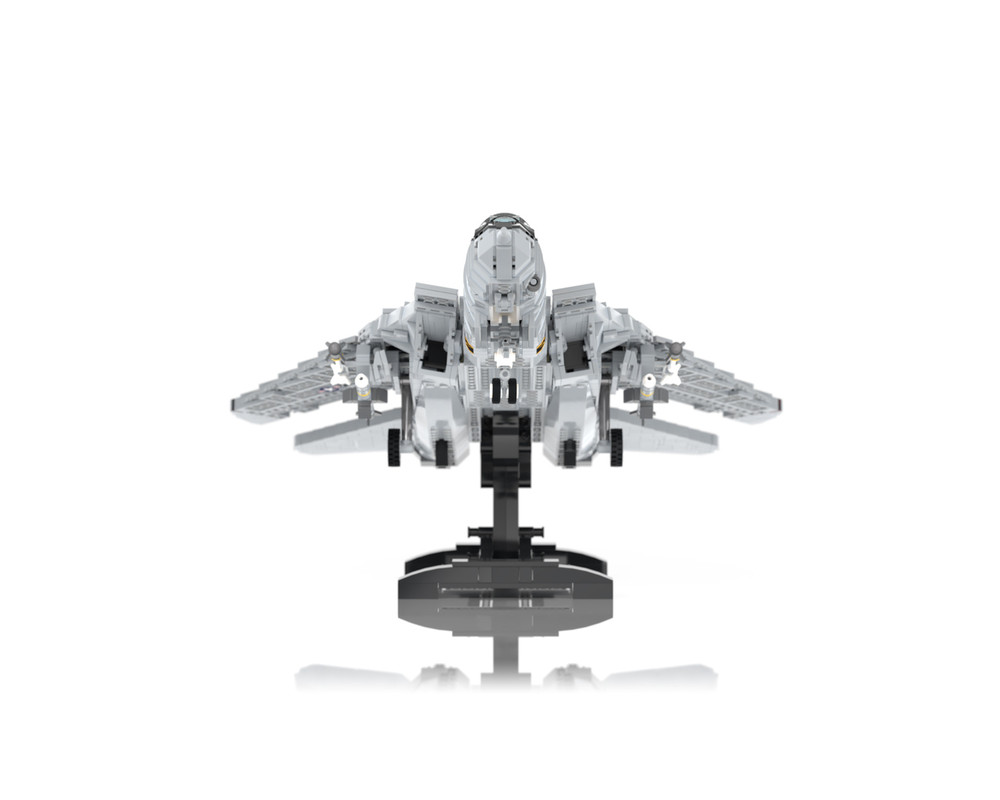 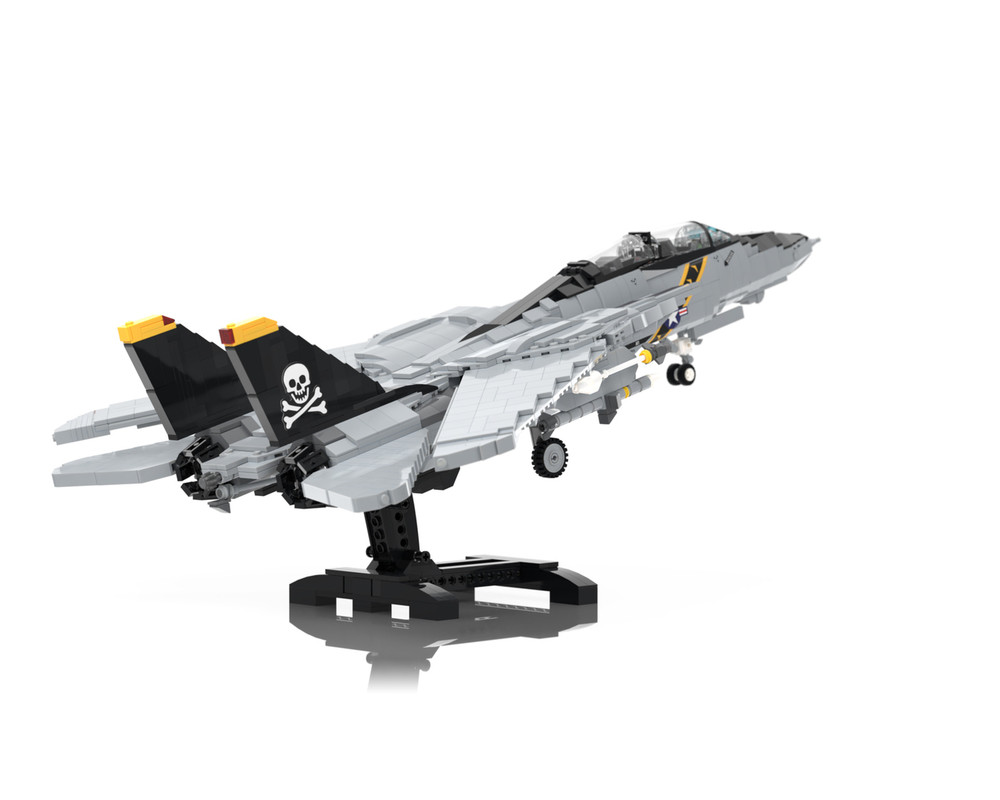 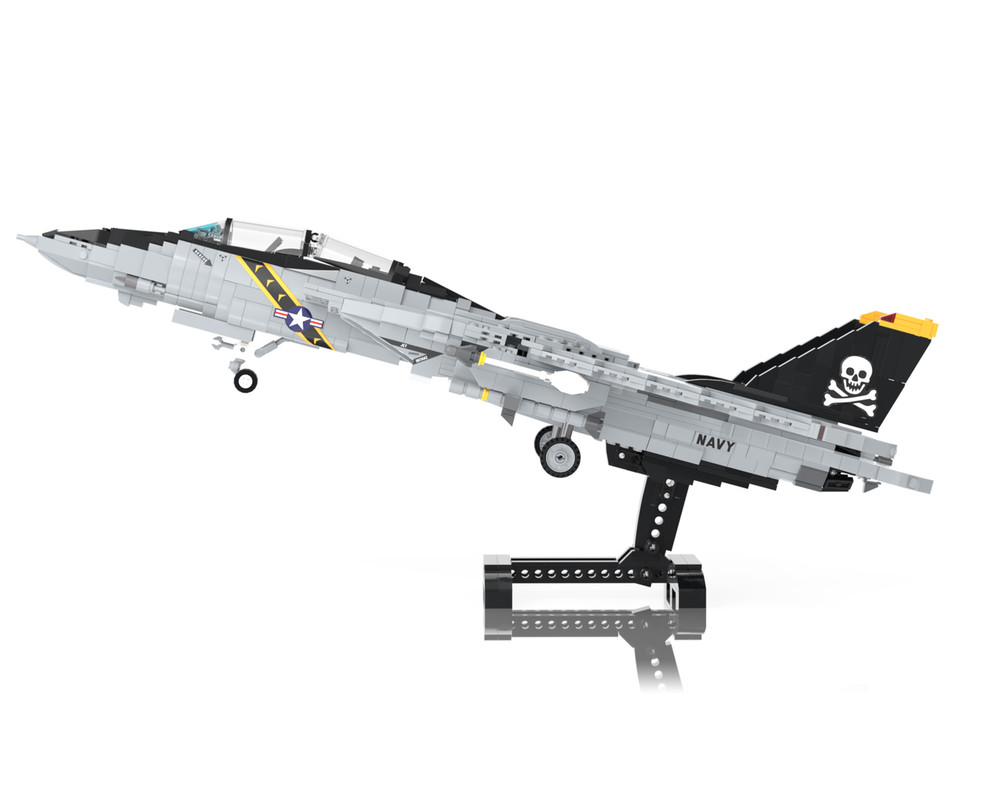 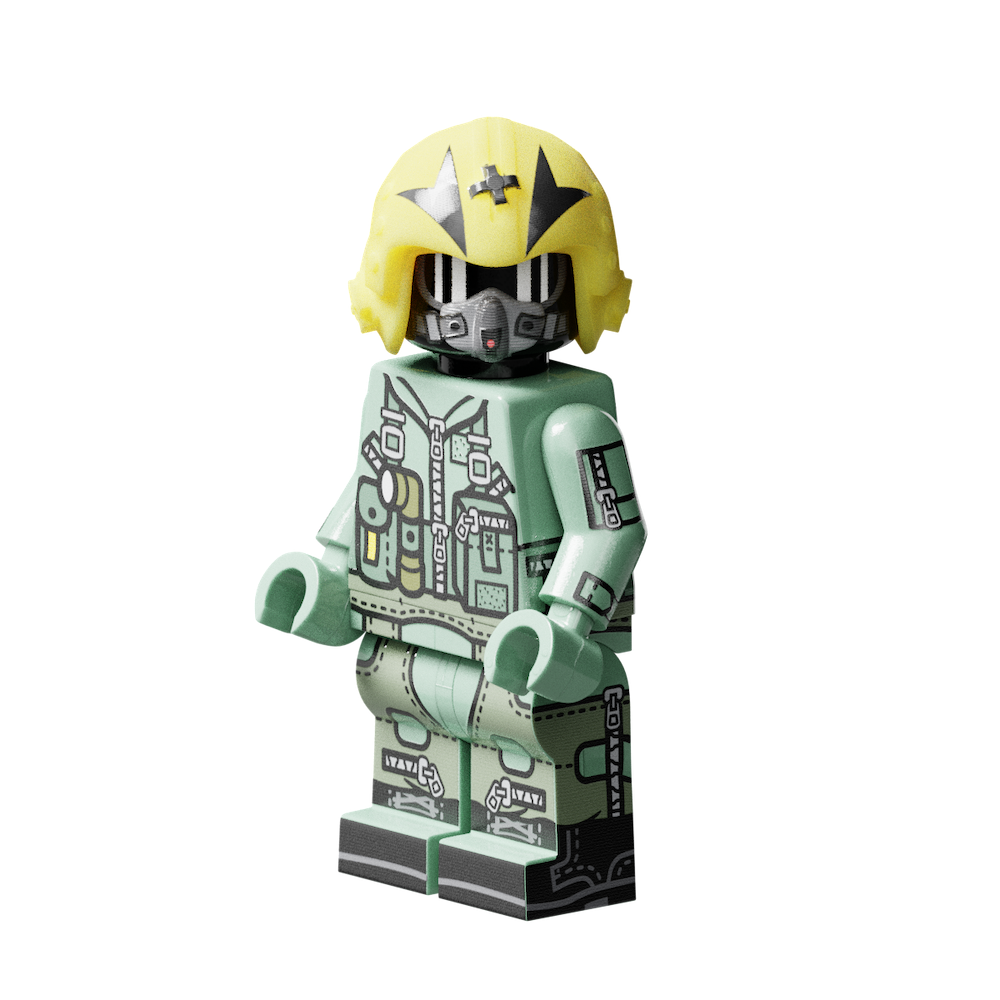 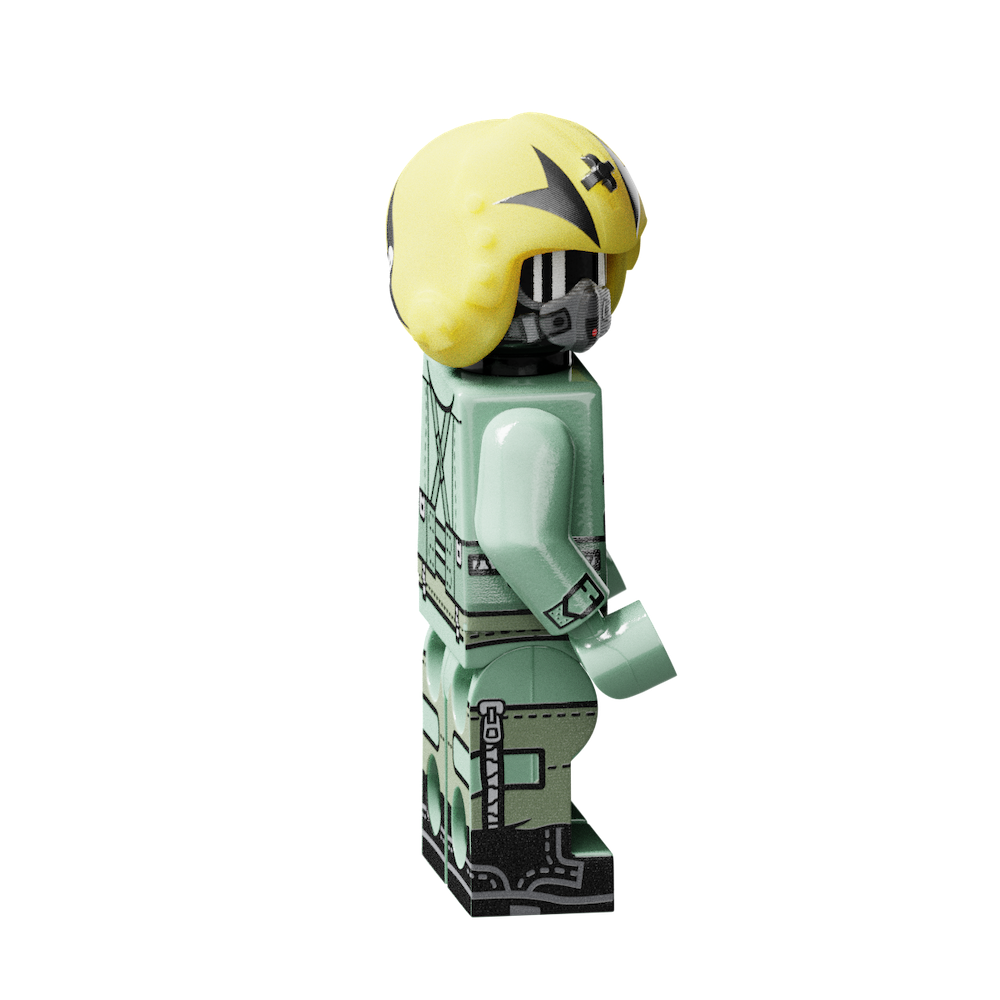 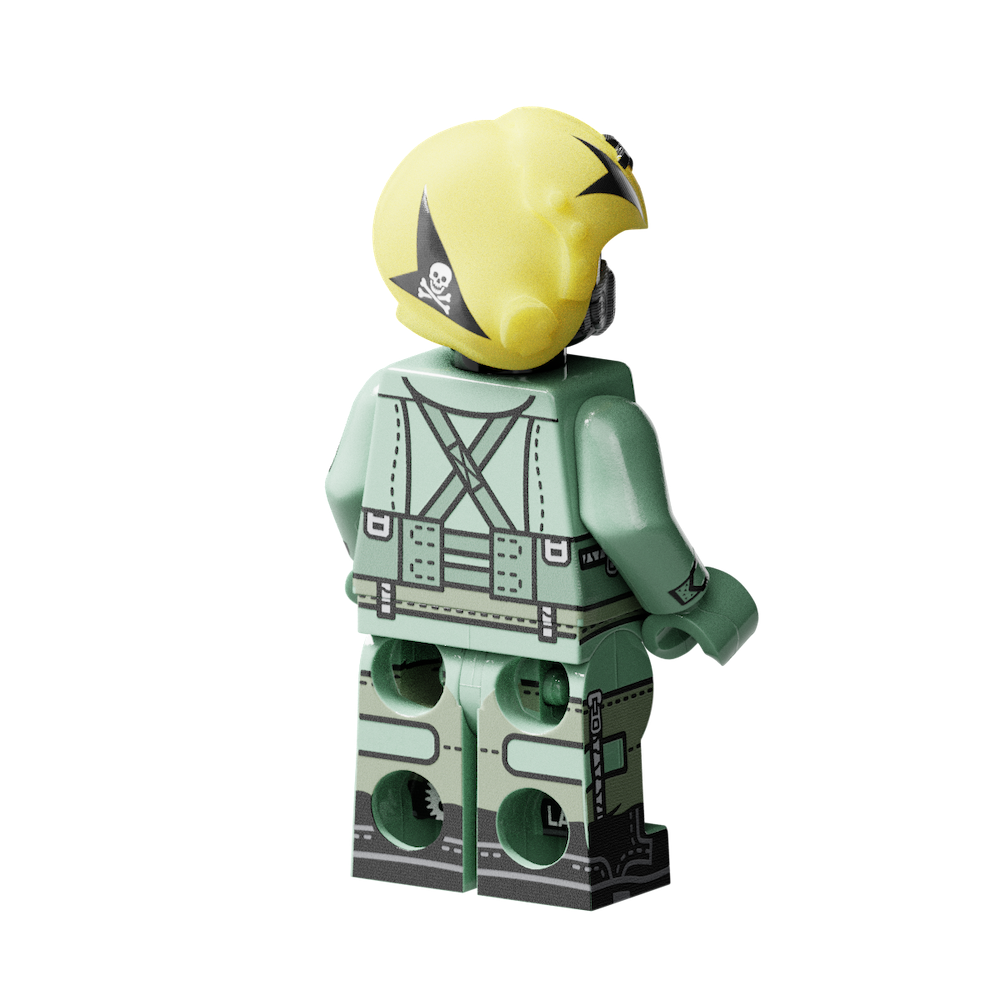 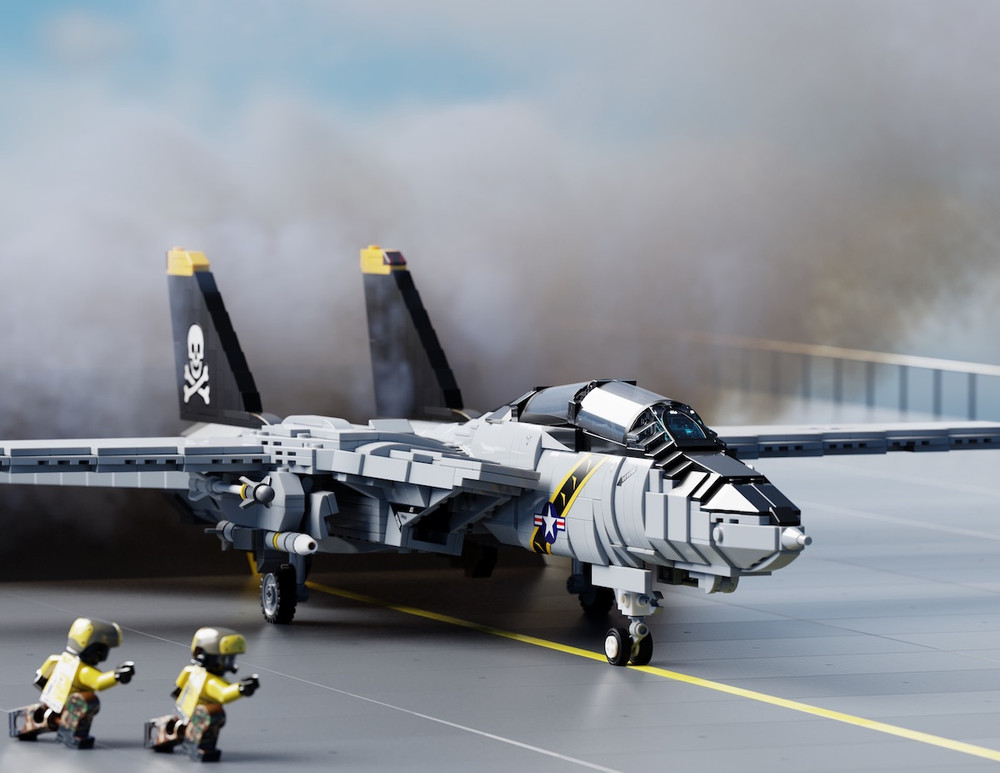 After it was featured in the popular film Top Gun, the F-14 Tomcat grew to international fame as one of the most recognizable fighter jets in American history. The F-14 Tomcat was designed during the Cold War to help defend carrier-based operations against Soviet-built MiG fighter jets and was capable of flying more than twice the speed of sound. The F-14’s advanced weapons system could track 24 hostiles and attack six targets simultaneously using the AIM-54 Phoenix missile. 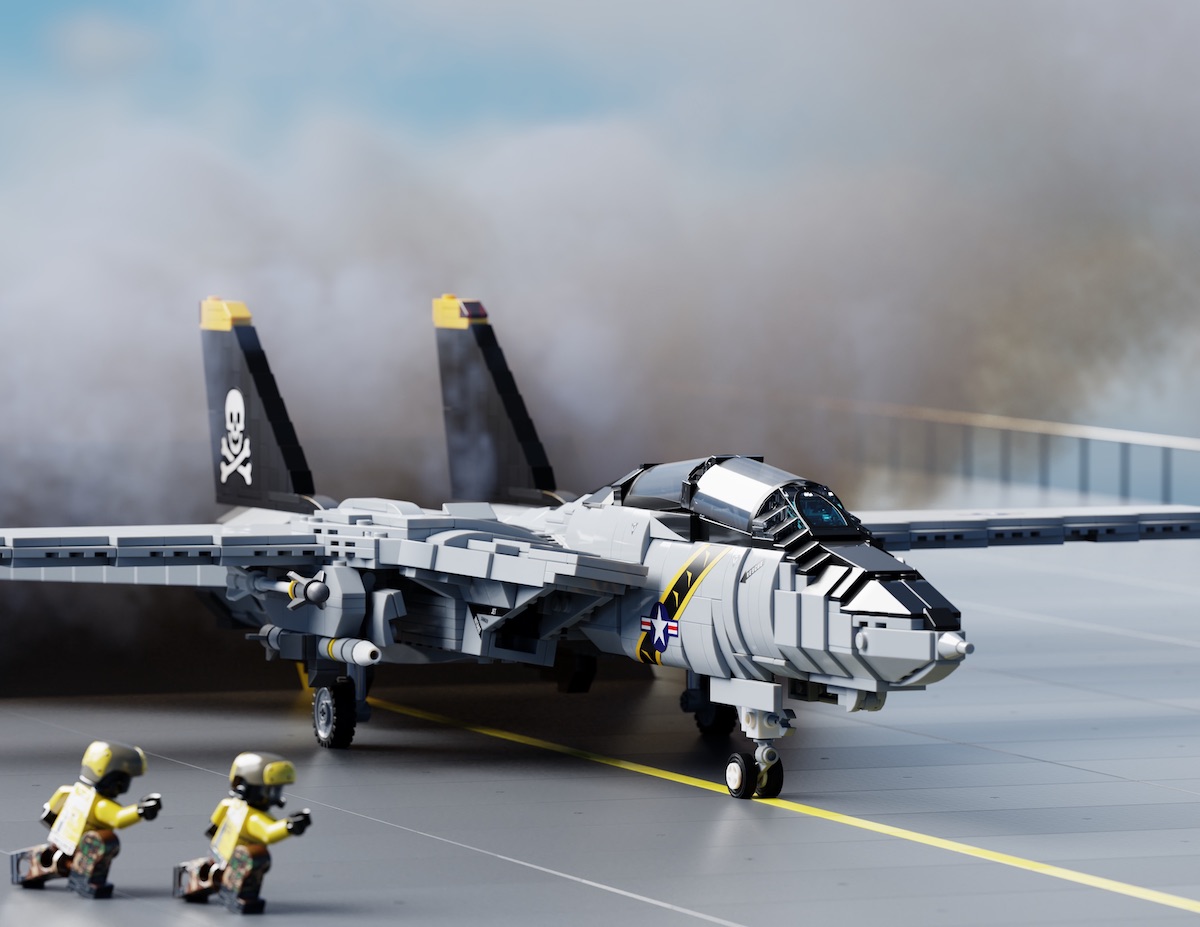 Kit includes alternative instructions for an all-gray build (pieces not included) that can be combined with the NAS Miramar Action Pack (BMF383).