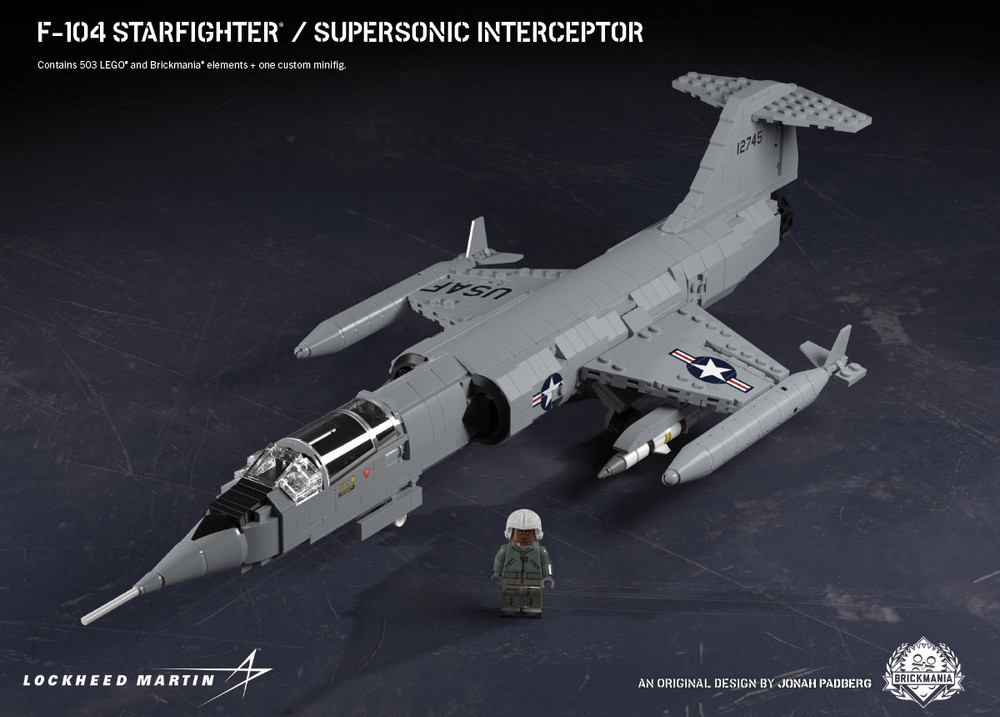 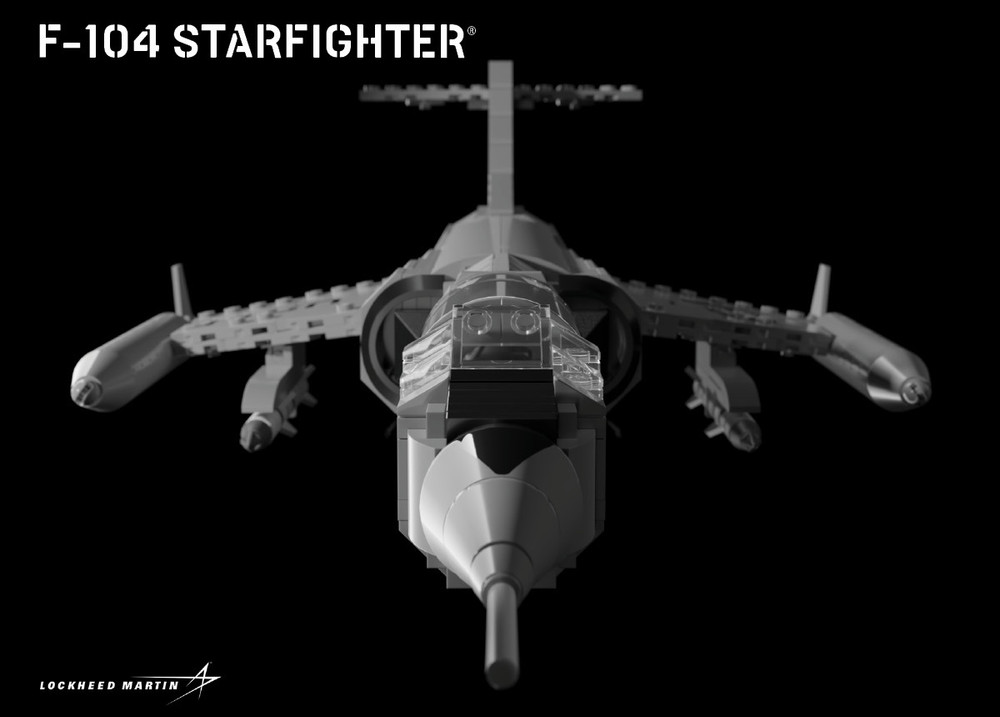 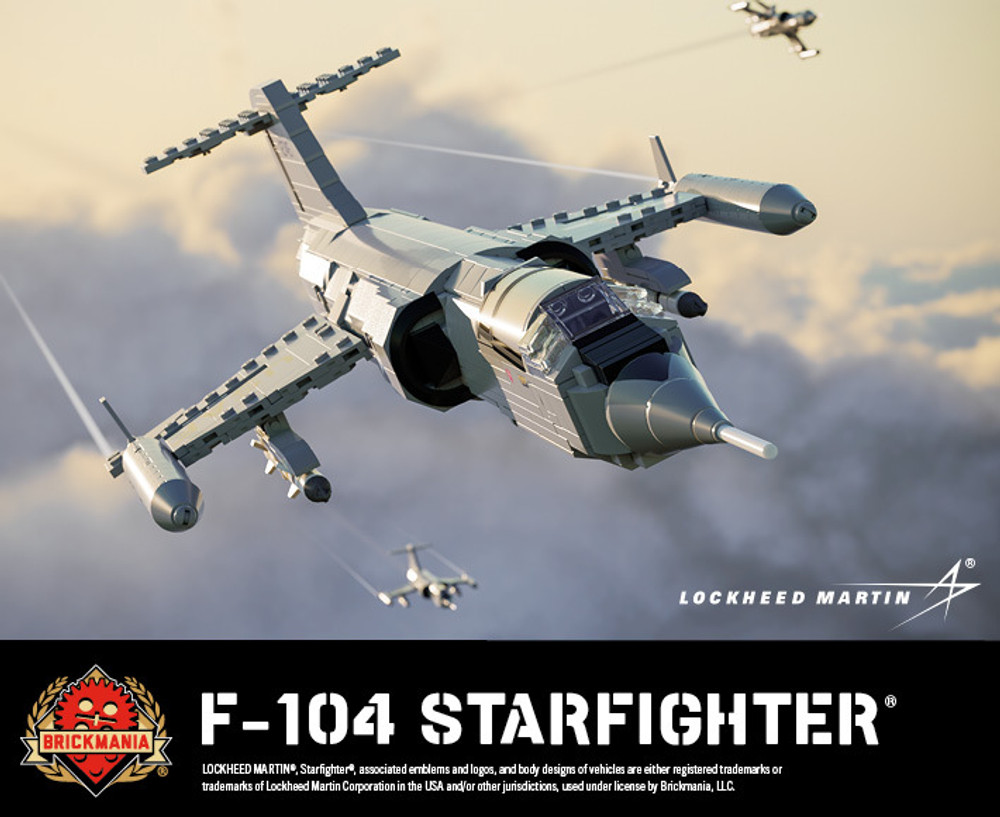 About the F-104 Starfighter® – Supersonic Interceptor

Clocking in at Mach 2, the sleek silver frame of the Lockheed F-104 Starfighter screamed through the sky. The Starfighter was the West’s answer to the MiG-15 of the Soviet Union. The MiG dazzled over Korea, leaving many NATO military strategists wanting more when it came to an air superiority fighter. Lockheed engineer Clarence “Kelly” Johnson designed the F-104 to be lightweight, durable, and cost effective. The F-104 had a long cylindrical body that came to a fine point and shallow seven-foot wings. For combat, the Starfighter was equipped with an M-61 20mm Vulcan cannon and Sidewinder heat-seeking missiles. Upon testing and introduction, the Starfighter set speed (1404.19 mph) and altitude (103,395 feet) records.

While the F-104 was an American-developed aircraft, the USAF only procured 300 airplanes out of 1,700 built. The aircraft saw use by many NATO countries including West Germany, which joined NATO in May of 1955. Lockheed assisted the allied nations with construction and training through a program called SURE (Starfighter Utilization Reliability Effort). Lockheed sent production representatives and engineers to aid in the manufacturing, while also sending pilots to help with flight training. The SURE program was fully funded by Lockheed, a perk of doing business with them. While World War III never occurred, NATO nations were fully confident in the ability of the Starfighter. 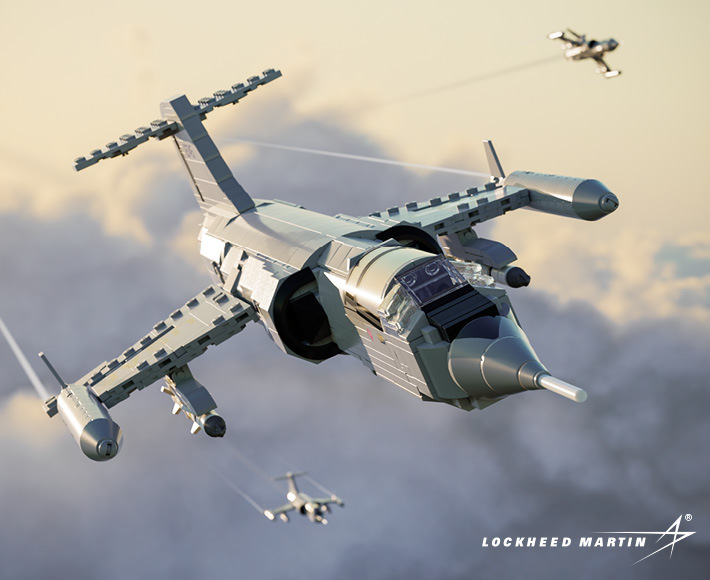 Additional information about this Brickmania® custom building kit:
This sleek and sturdy kit features posable flaps, rudder, and ailerons as well as opening cockpit, landing gear, and air brakes. The brick-built armaments and fuel tanks lend a perfect sense of scale and poise to a kit that’s sure to become a favorite of your collection.

LOCKHEED MARTIN®, F-104 Starfighter®, associated emblems and logos, and body designs of vehicles are either registered trademarks or trademarks of Lockheed Martin Corporation in the USA and/or other jurisdictions, used under license by Brickmania, LLC.