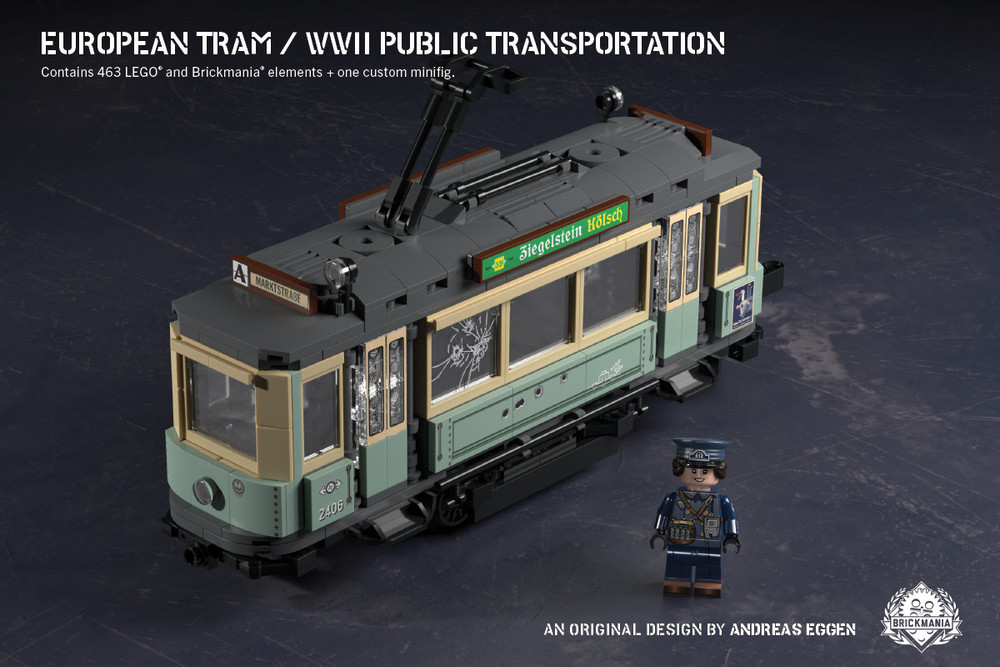 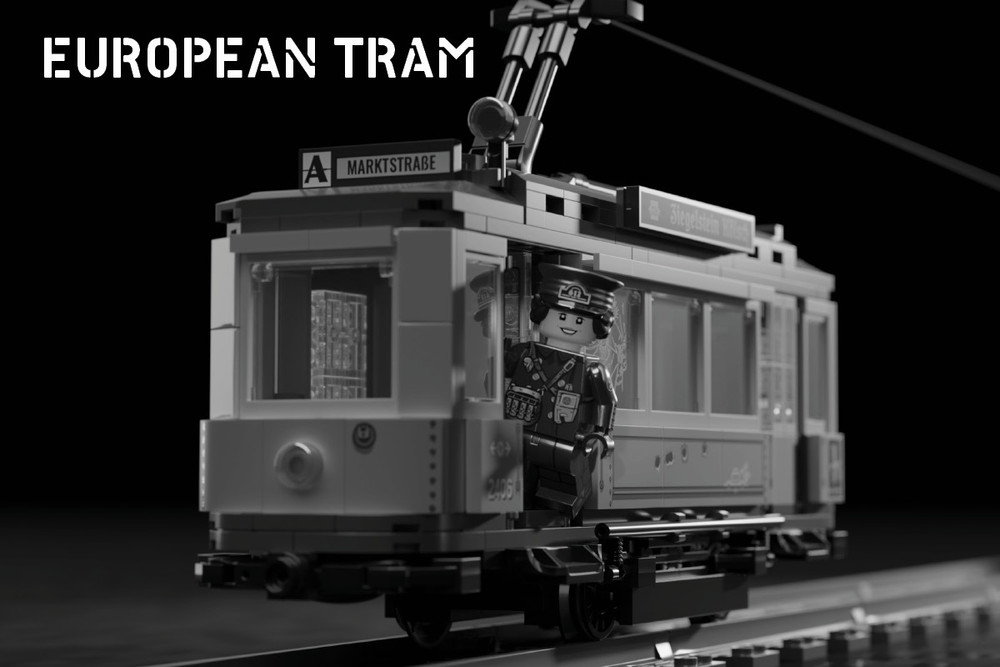 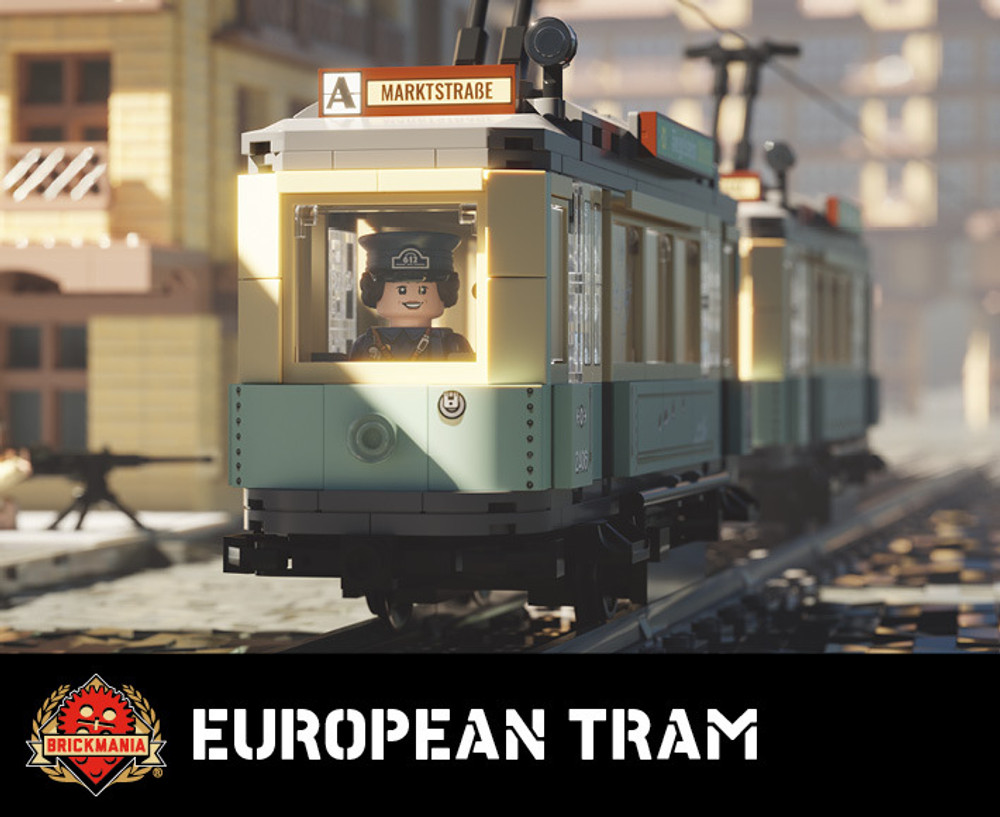 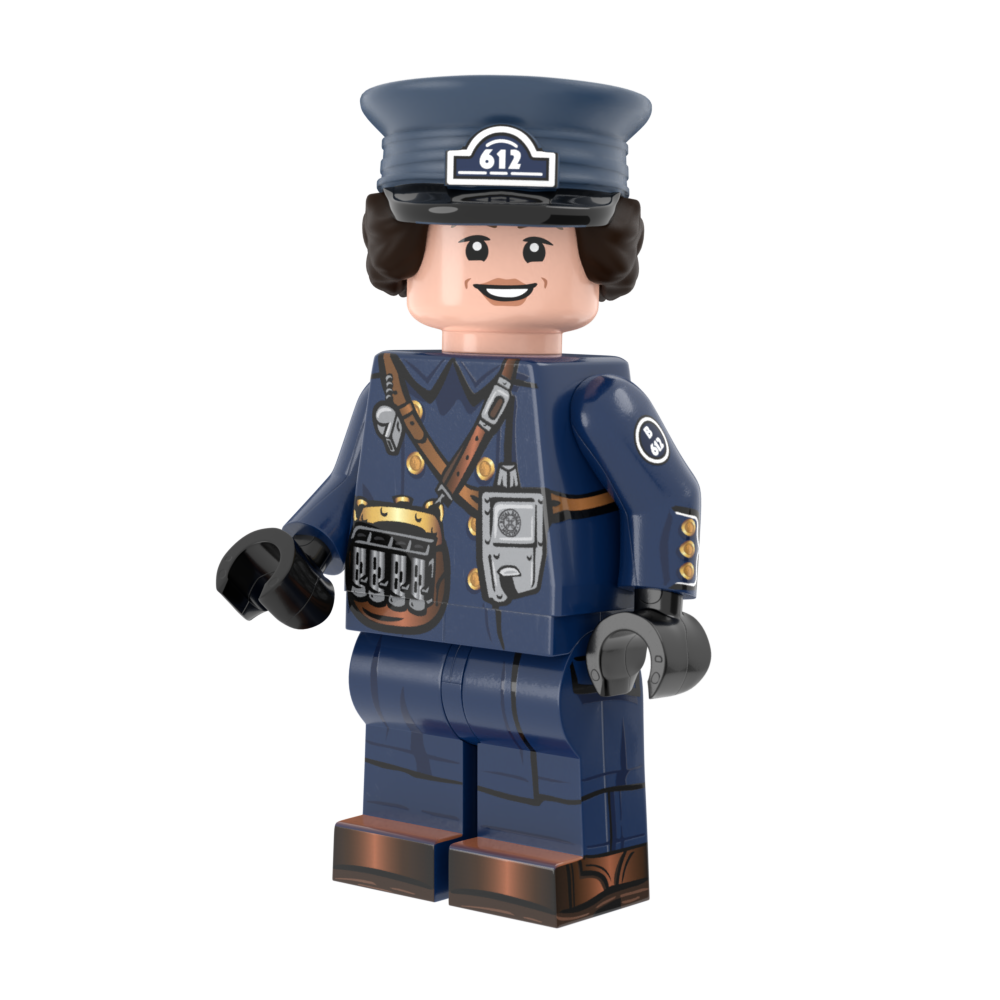 The use of trams as a form of public transportation began in the late nineteenth century. Early trams were horse-drawn but were later converted to electric by the fin de siècle. Trams were a clean and efficient form of transportation and a signifier of prosperity and prestige for a city. In Europe especially, trams became major functions of a city’s utilities. Ease of transportation made cities into meccas that saw increasing populations. People were leaving the countryside to work in these industrialized centers while those that remained outside of the city came to them on holiday.

Nations like the Soviet Union—which was coming into a fast-tracked period of industrialization—added trams to growing cities like Stalingrad. Cities like this were to be beacons of the Communist Party. However, as seen all through Europe, cities were primary targets during World War II. From London to Warsaw, Dresden, and Stalingrad, these cities were devastated by war. Once mighty beacons of modernity and progress were now curtailed. The fallout of the war included the lost history that once stood. Over time, however, these cities would be rebuilt, stronger than before. But remnants from the past remain, as reminders. In some places, those old tram lines remained and even expanded. 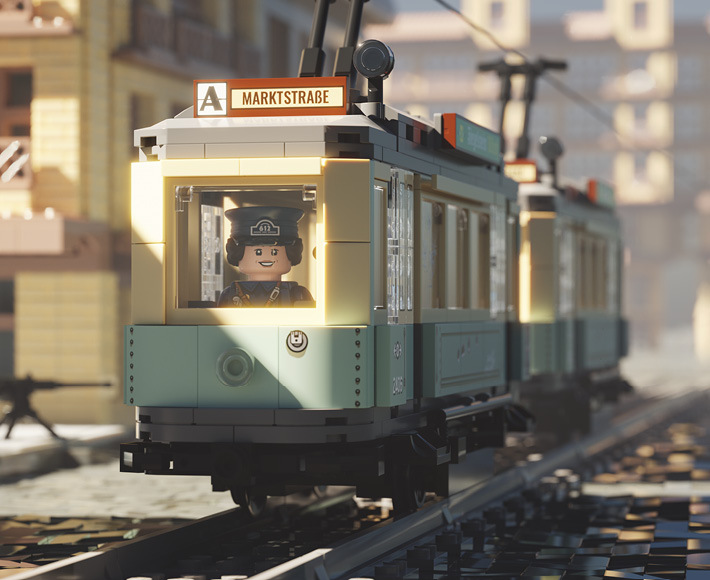 This premium set features 4x LEGO train wheels with friction band and technics axle parts, as well as all custom printed details and a unique custom minifig. Also included are parts to link your tram to additional builds as well as space to add power functions.