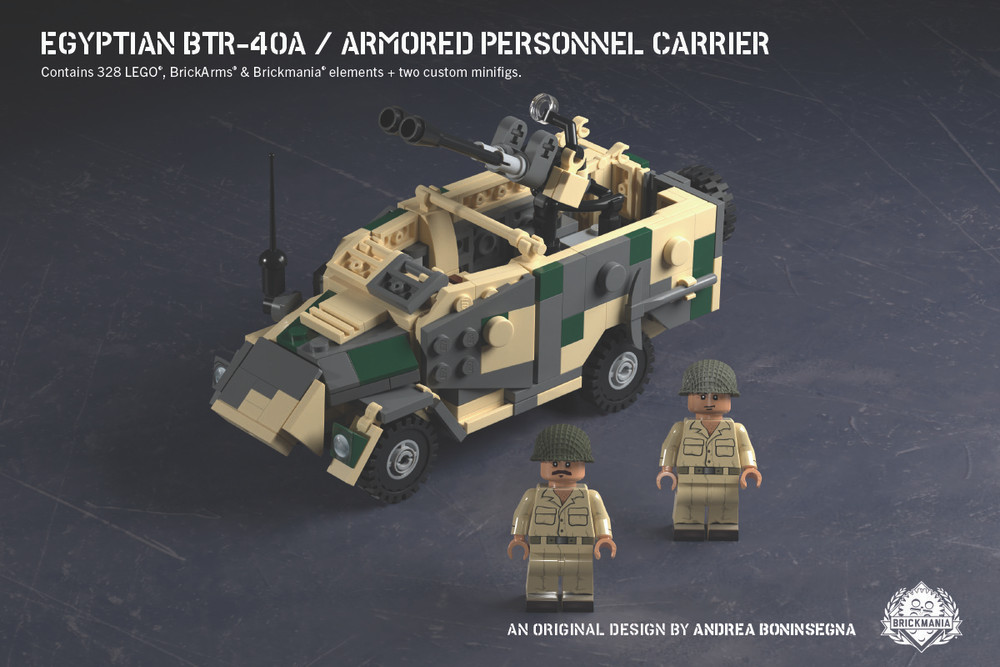 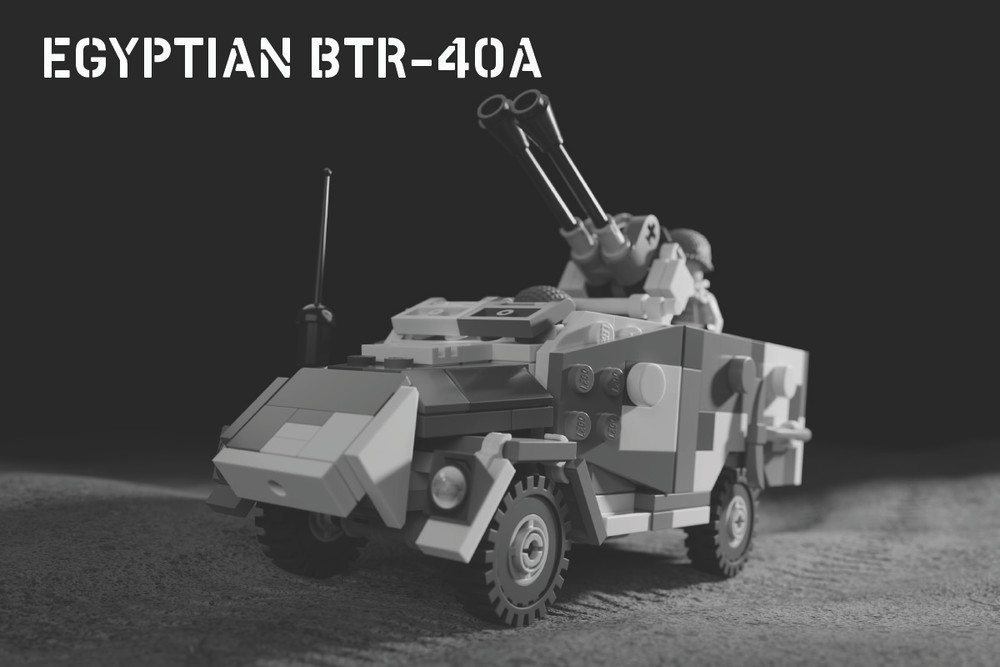 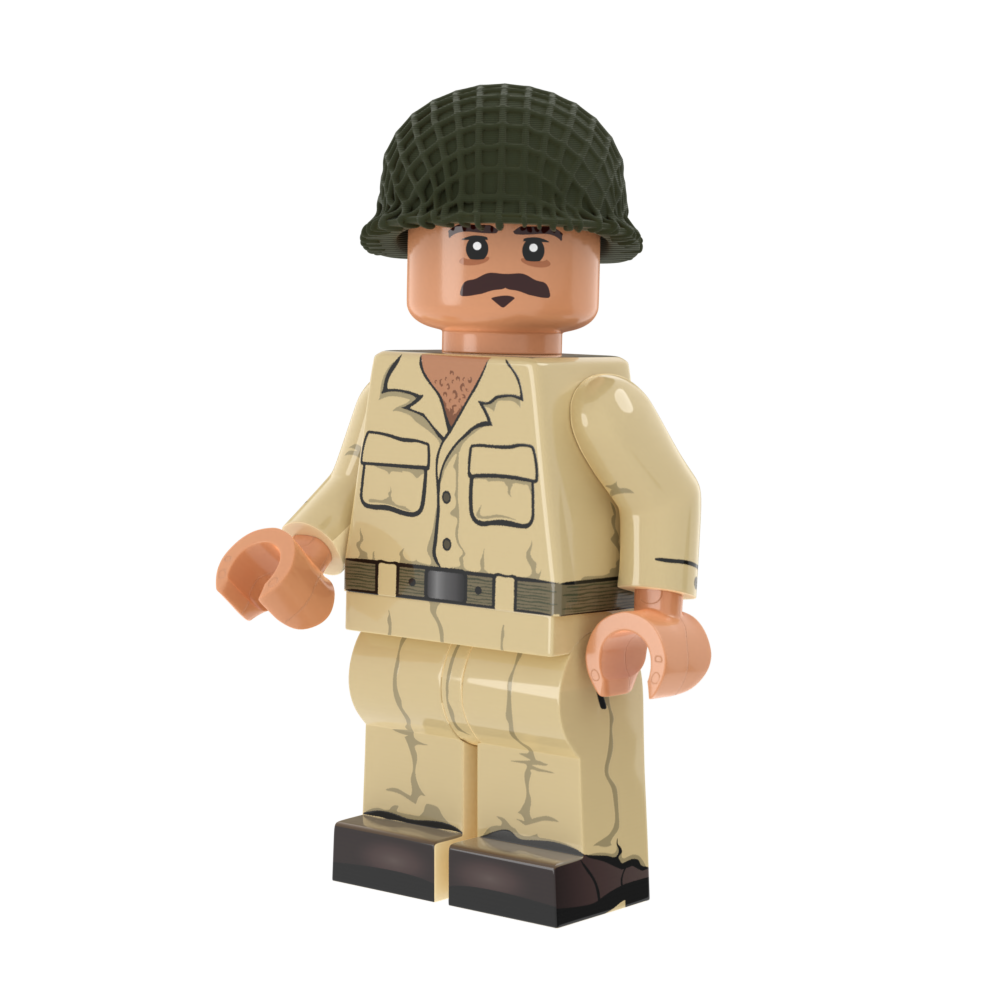 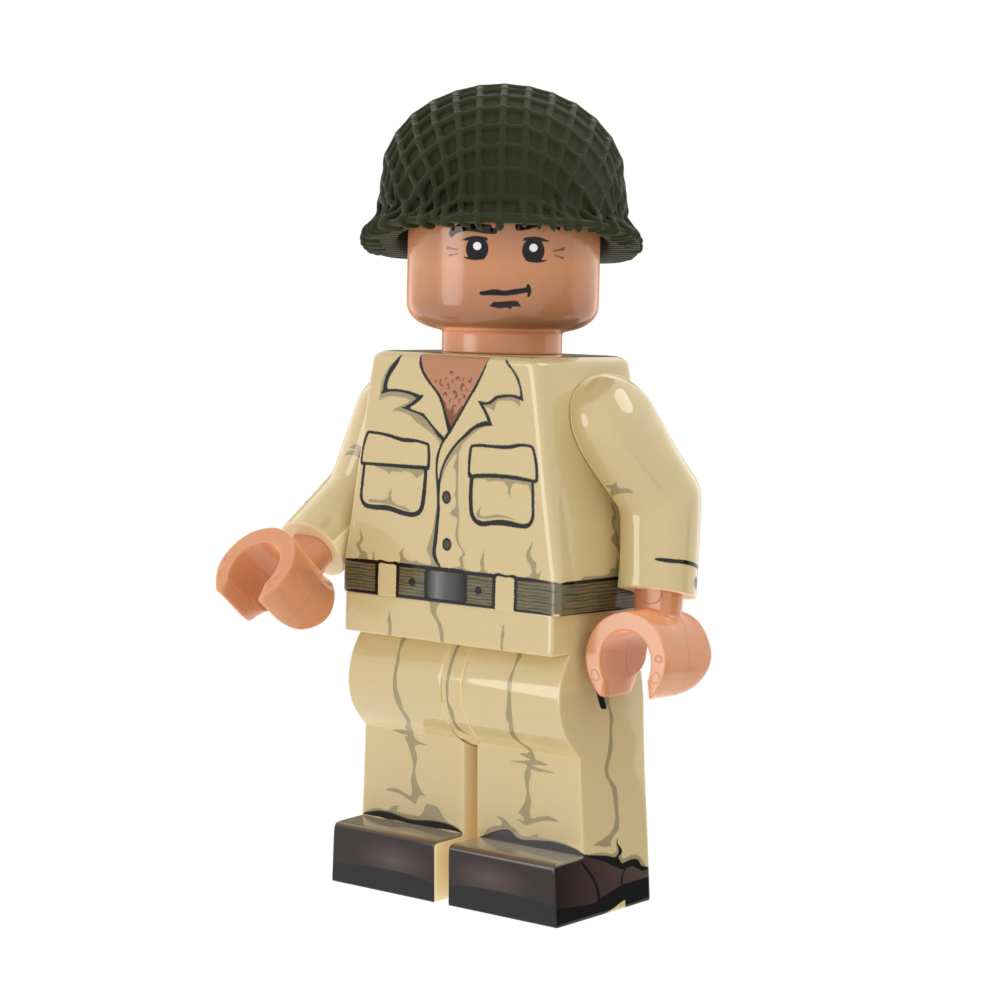 The Soviet-built BTR-40A was an armored personnel carrier (APC) that possessed reconnaissance capabilities due to its speed and nimbleness. The BTR-40A used heavy sloped armor along the engine and driving compartments and utilized an open top for the troop transport area. The four gun ports on each side were covered with extra armor, and a machine gun pintle mount was moved back and adapted to carry a pair of ZPTU 14.5mm antiaircraft guns. In addition to being able to rotate 360° and engage airborne targets, it also features a 5° declination to engage ground targets. The APC used an independent leaf spring suspension and oversized tires to handle difficult terrain with ease. Later models had independent tire pressure regulation systems added.

Like many vehicles built by the Soviet Union, they saw use across the world by its allied nations. The Arab Coalition against Israel was no different, as the Egyptian Army possessed variants of the BTR-40. Armed with the Soviet SG-43 Goryunov, the BTR-40 was poised to be a significant asset to the combined Arab armies. However, Israel’s preemptive attack surprised the coalition, significantly disrupting the BTR and its capabilities.

This rough and ready model features a front torsion suspension, brick-built camo scheme, and plenty of space for three minifigs. The rotating rear gun features adjustable elevation, and the back doors open for easy access. This APC build is sure to add some action to your display case or your next MOC!