About the Churchill Crocodile Heavy Tank:

The Churchill Crocodile was a variant of the Churchill Mark VII tank. The "crocodile" designation was for the flamethrower mounted on the front of the tank. Production began in October of 1943. Early in the war, there had been several experiments with mounting flamethrowers on British vehicles.

The flamethrower equipment was produced as a kit that the Royal Electrical and Mechanical Engineer workshops could install in the field, converting any available Churchill Mk VII to a Crocodile. The conversion kit included the trailer which held the fuel, an armored pipe fitted along the underside of the tank, and the projector. The flamethrower had a maximum range of 100 yards, but it was most effective at 80 yards or less. Churchill Crocodiles were so terrifying in combat that German troops would often surrender at the mere sight of one approaching their position. While brutal, the Crocodile was an incredibly efficient vehicle that helped the Allies defeat the Axis powers in Western Europe. 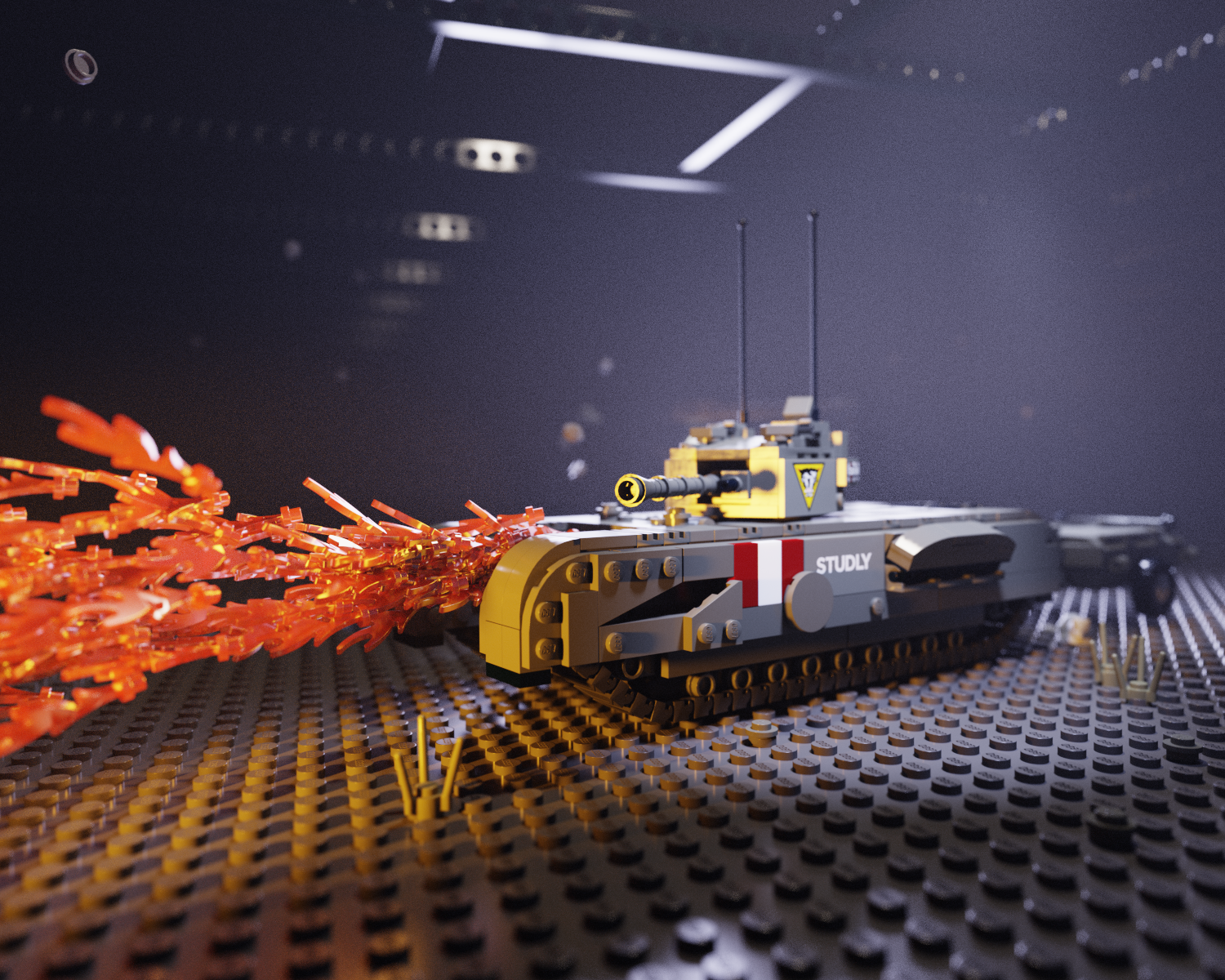