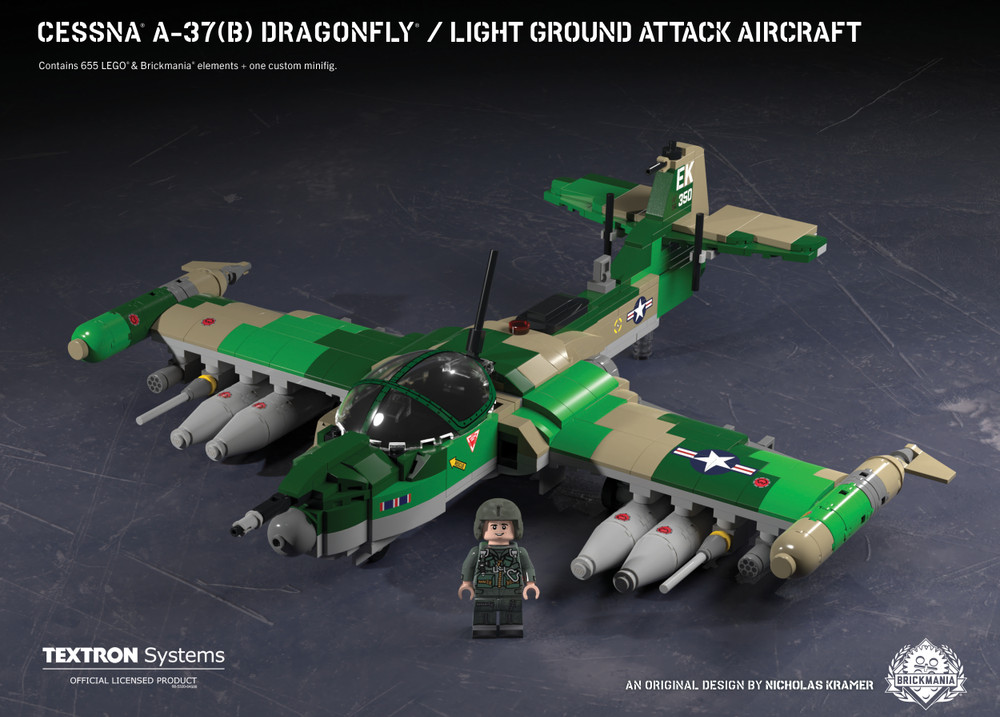 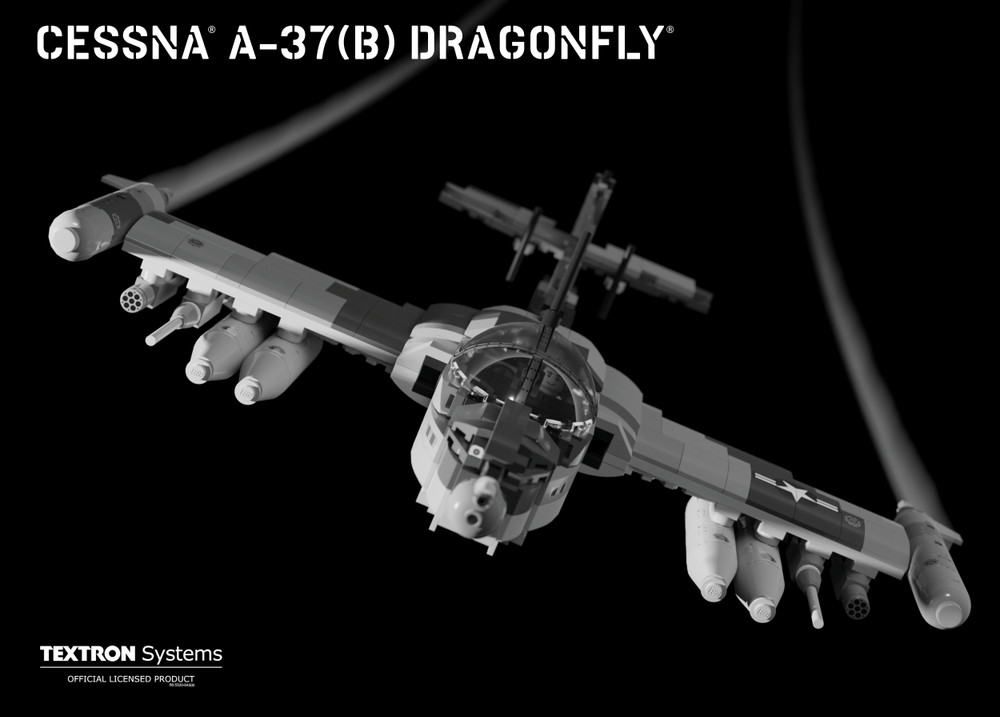 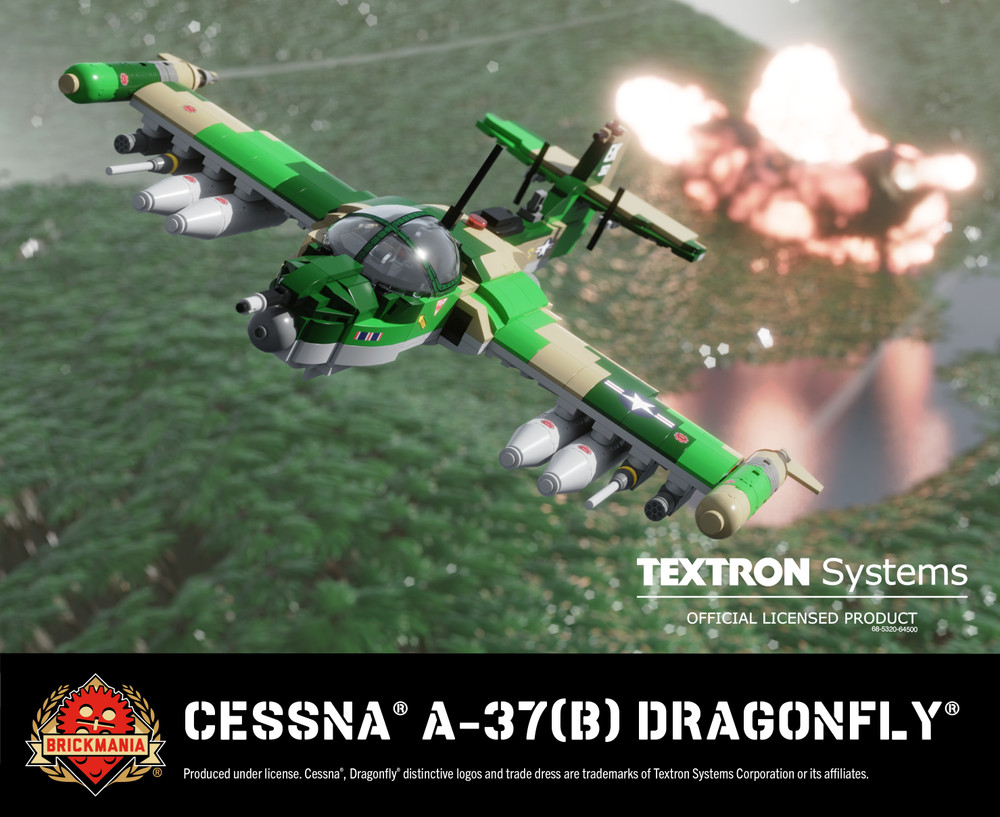 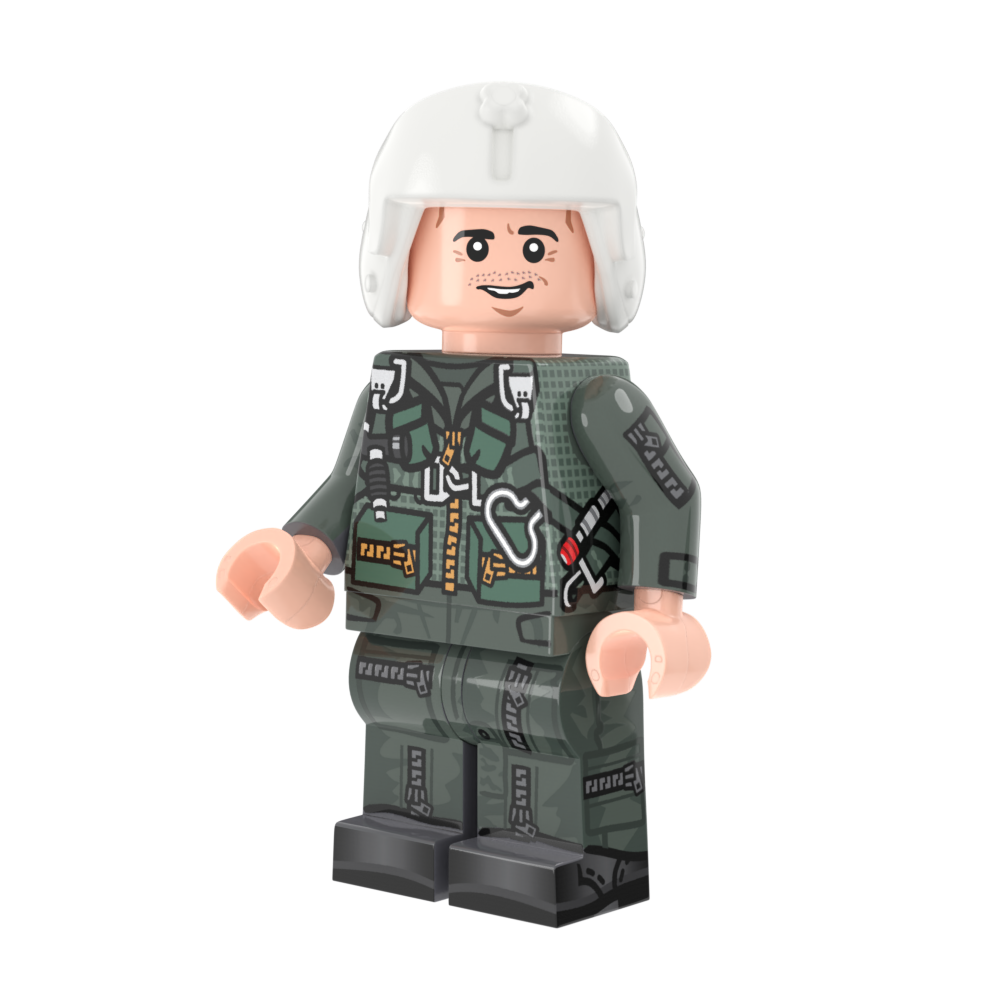 The Cessna® A-37(B) Dragonfly™ is an all-metal, low wing, turbojet-powered aircraft with roots as a trainer—designated the T-37. In the mid 1960s, however, the United States Air Force evaluated two modified T-37 jets for use as a counterinsurgency attack/reconnaissance aircraft. After success in the prototype stage, twenty-five A-37(A) airplanes were sent to Southeast Asia for combat evaluation under codename Combat Dragon. The A models primarily flew close air support, night interdiction, and forward air control missions in Vietnam and Laos.

Due to the success of Combat Dragon, the USAF ordered 577 updated A-37(B) jets. This version had additional cockpit armor, more powerful engines, redundant flight controls, in-flight refueling provisions, and a strengthened airframe. For armament, the A-37(B) carried a single 7.62mm minigun and up to 3,000 lbs. of bombs, rockets, or missiles. While only serving a brief time in the USAF, 254 were provided to the South Vietnamese Air Force to replace the dated A-1 Skyraiders. Interestingly, many A-37(B) planes were used in close air ground support of Australian forces in Vietnam—of which, many were directed by Australian Forward Air Controllers. After the fall of Saigon in 1975, ninety-five A-37(B) aircraft were captured and incorporated into the Vietnamese People’s Air Force. 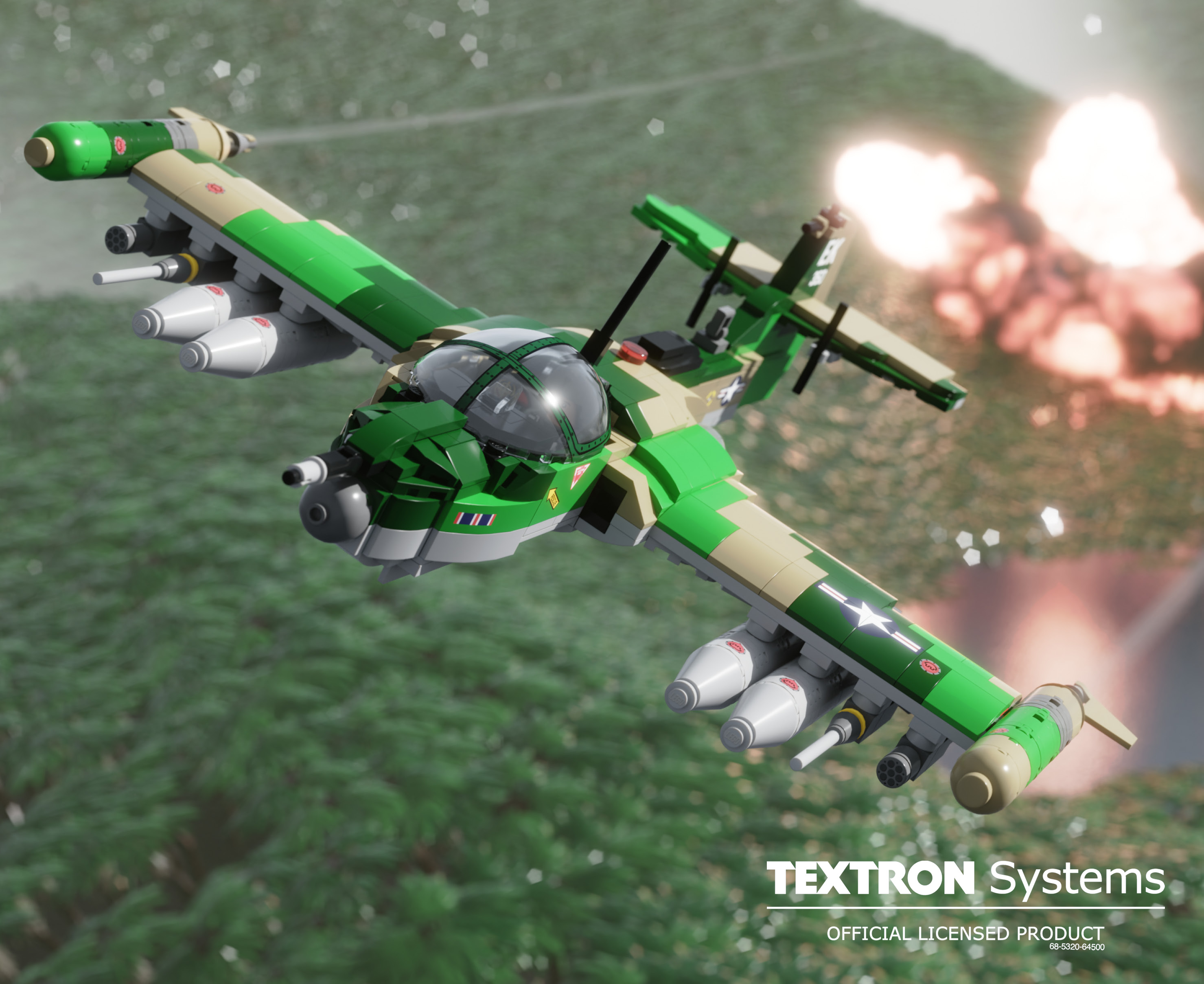 Produced under license. Cessna®, Dragonfly™ distinctive logos and trade dress are trademarks of Textron Innovations or its affiliates.