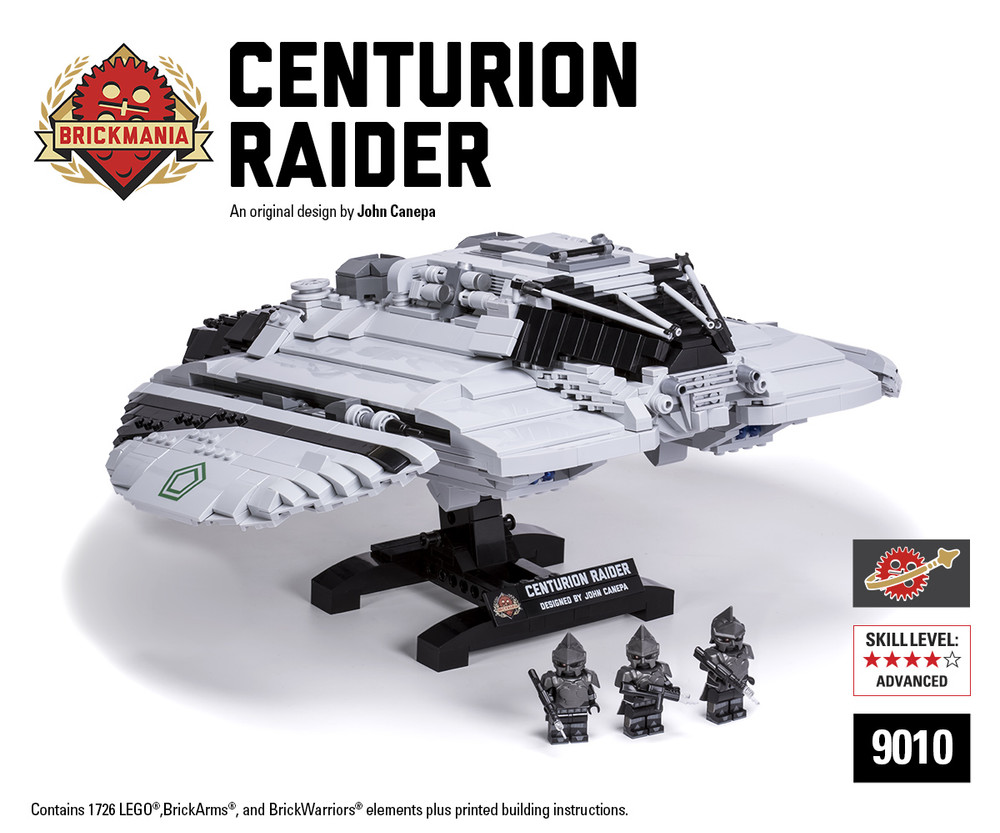 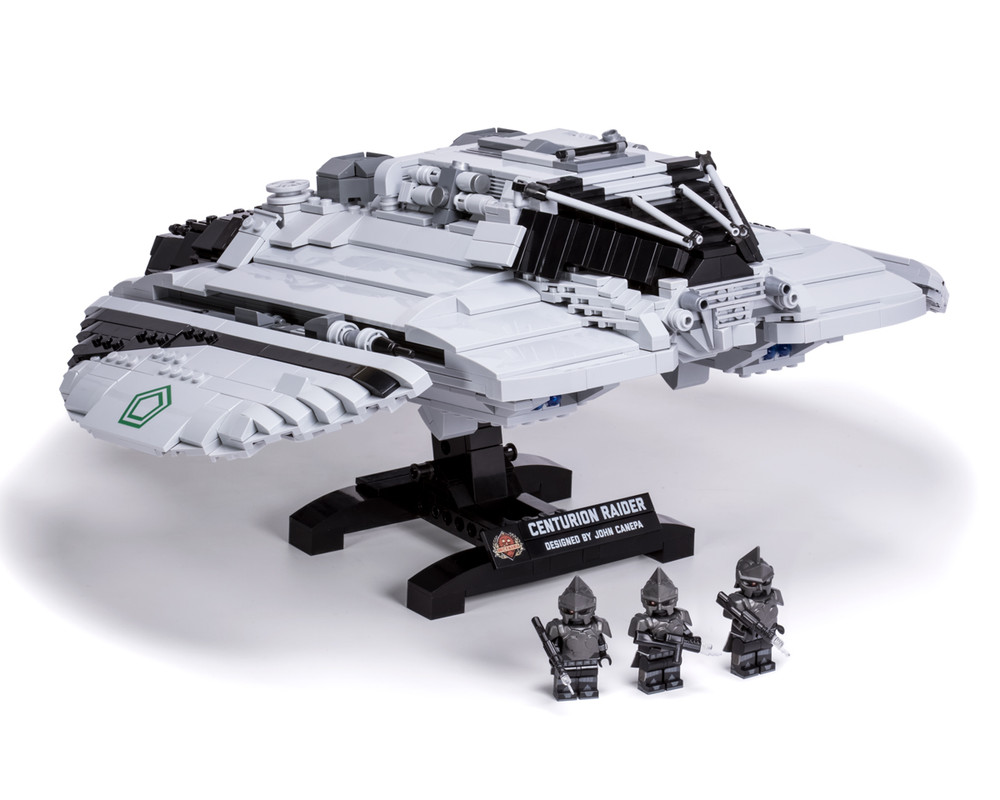 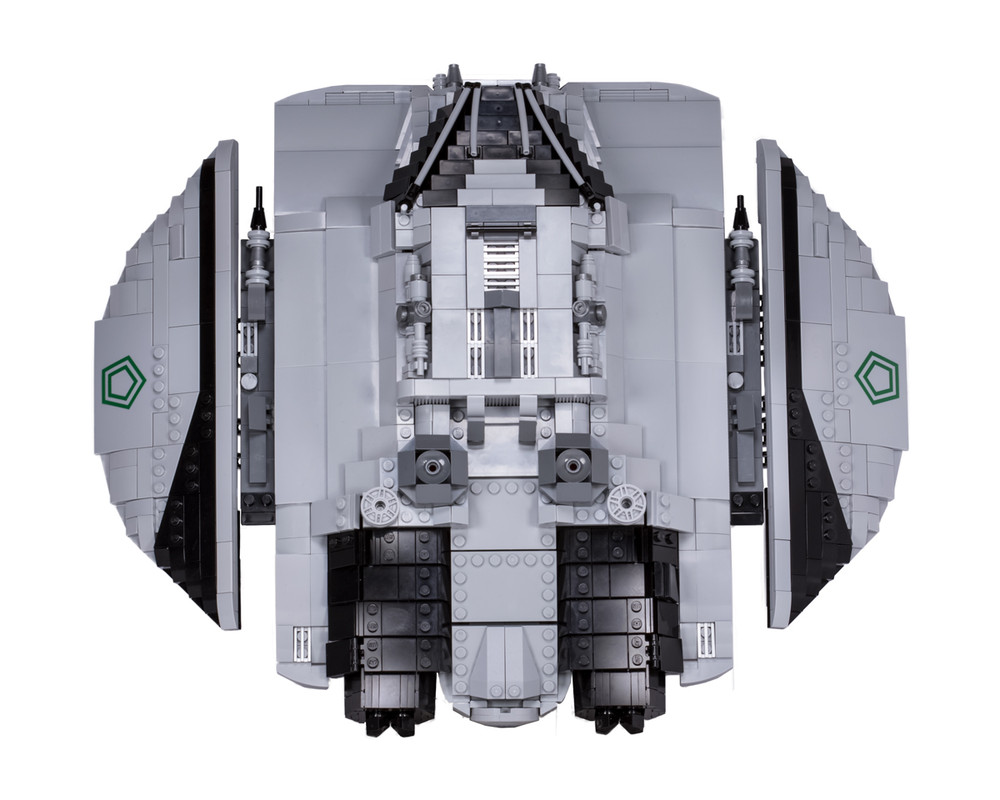 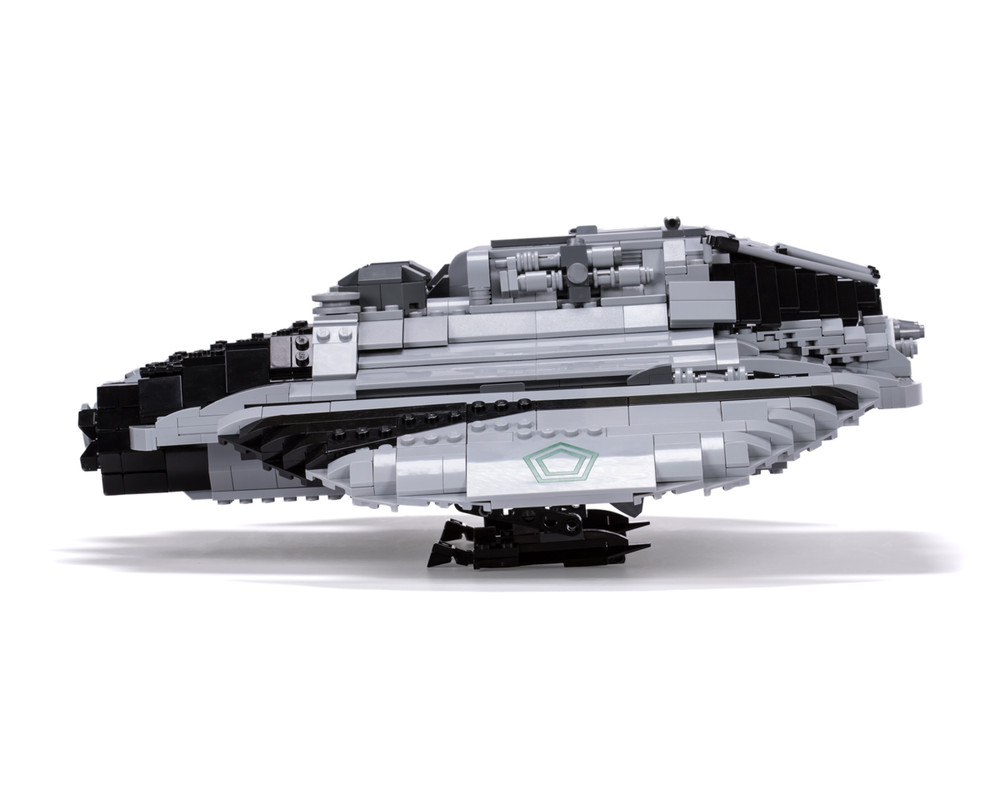 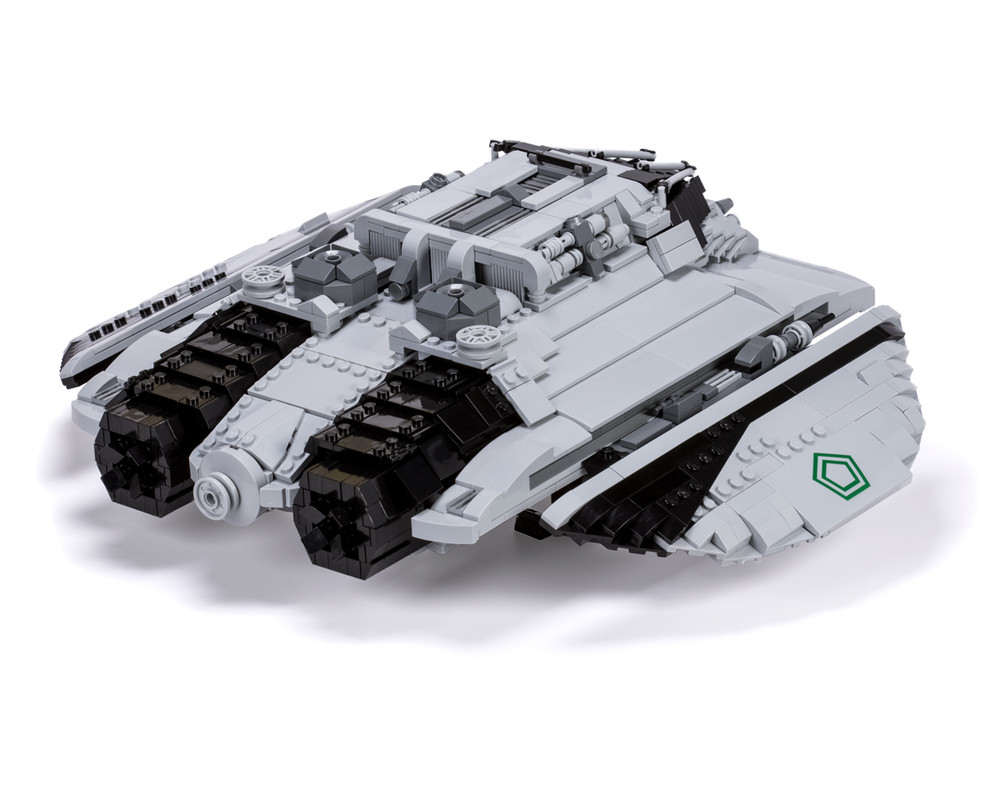 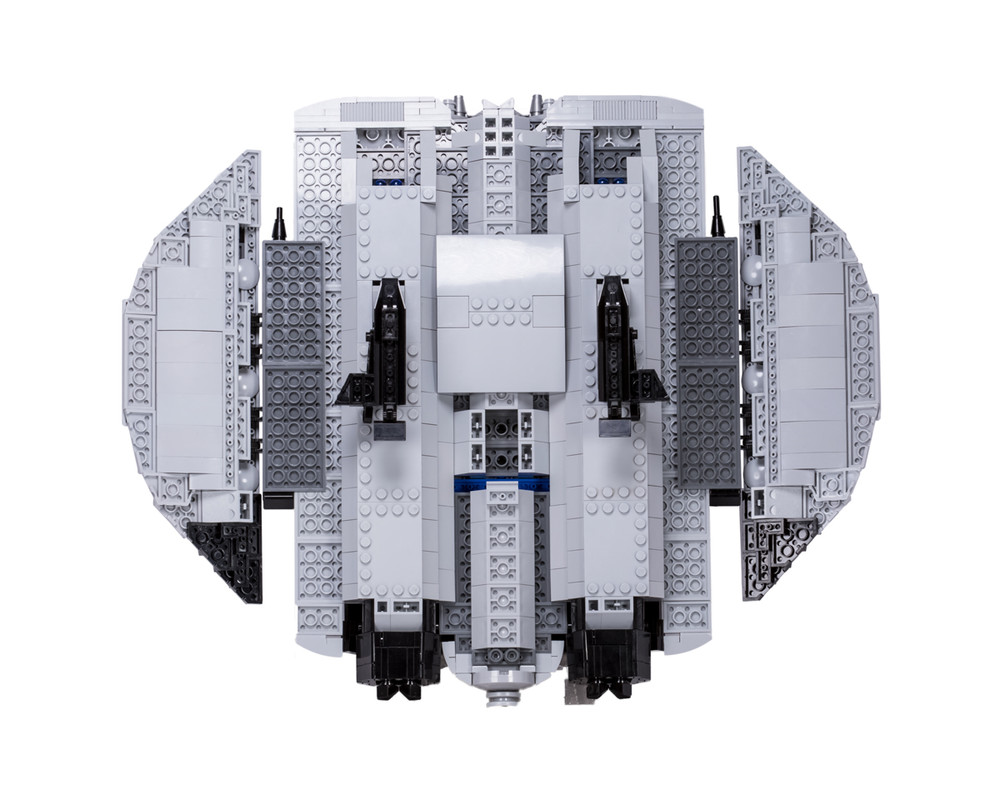 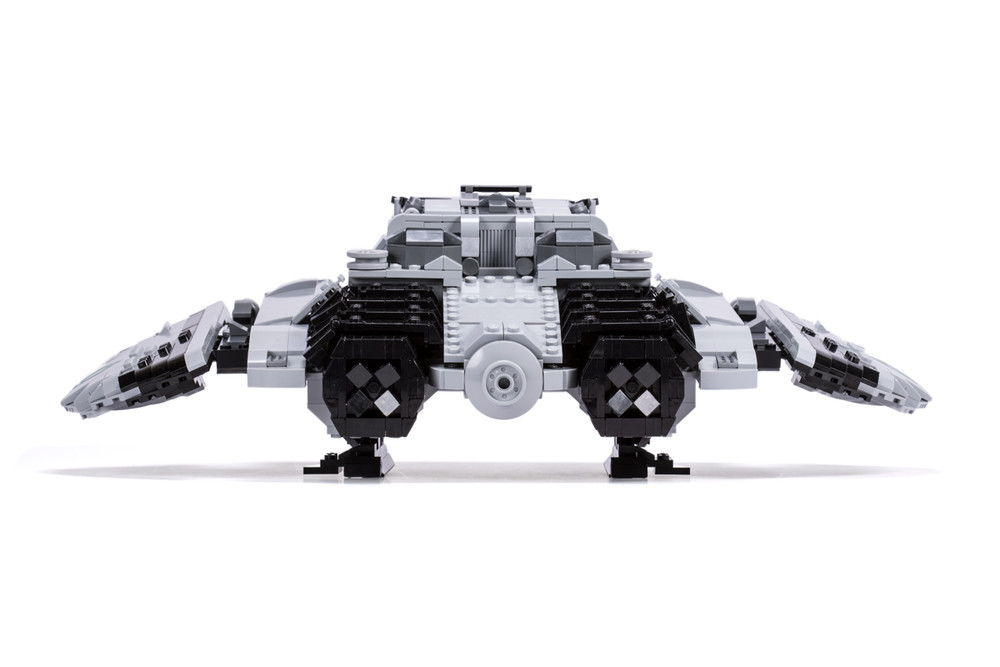 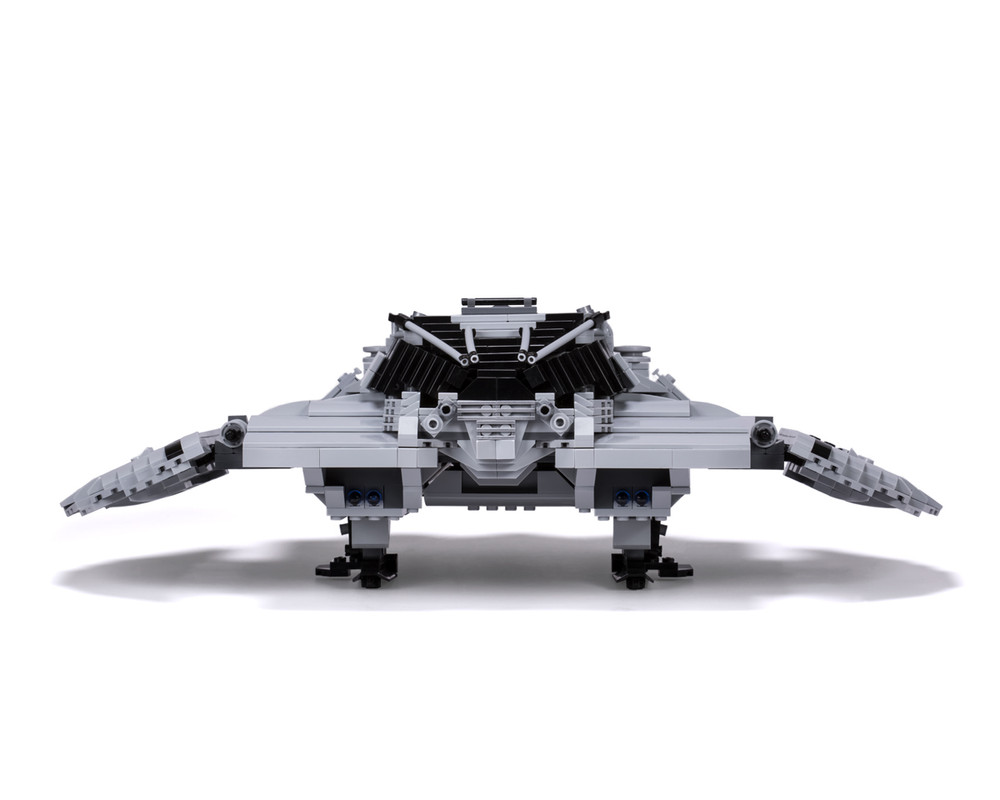 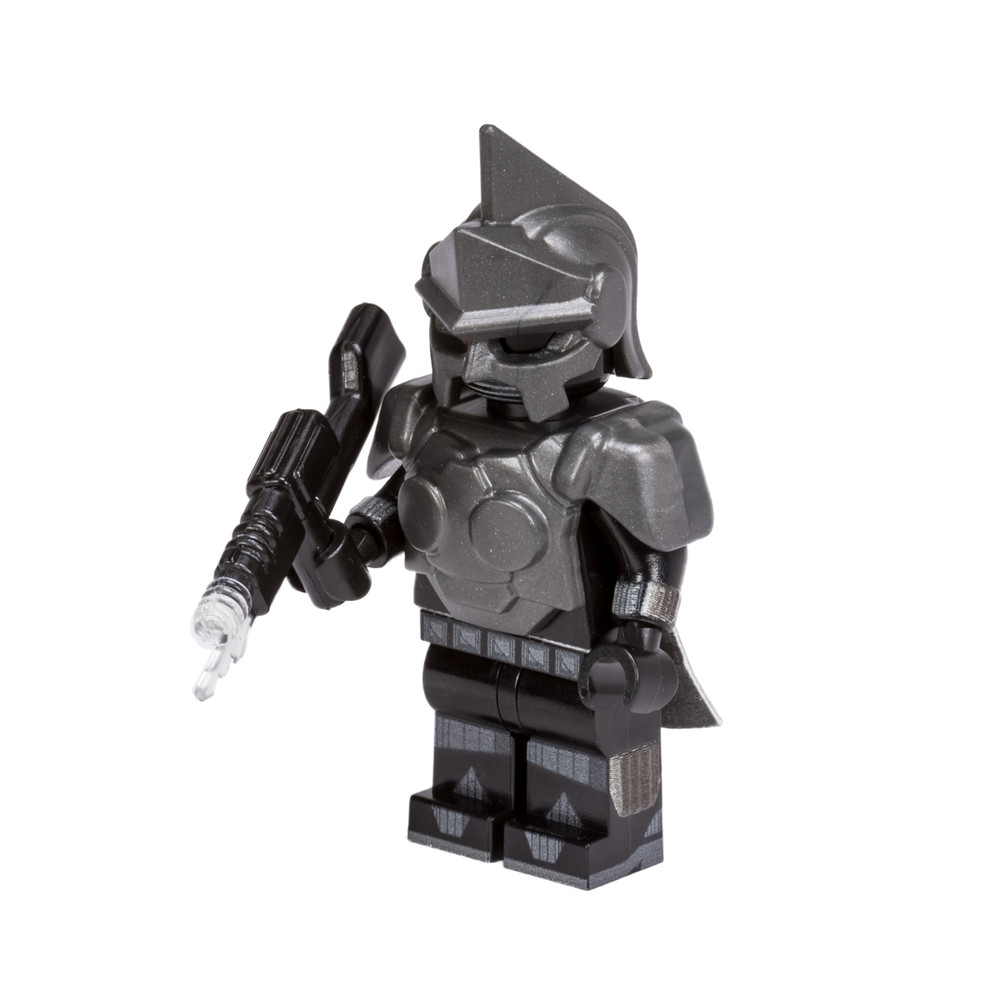 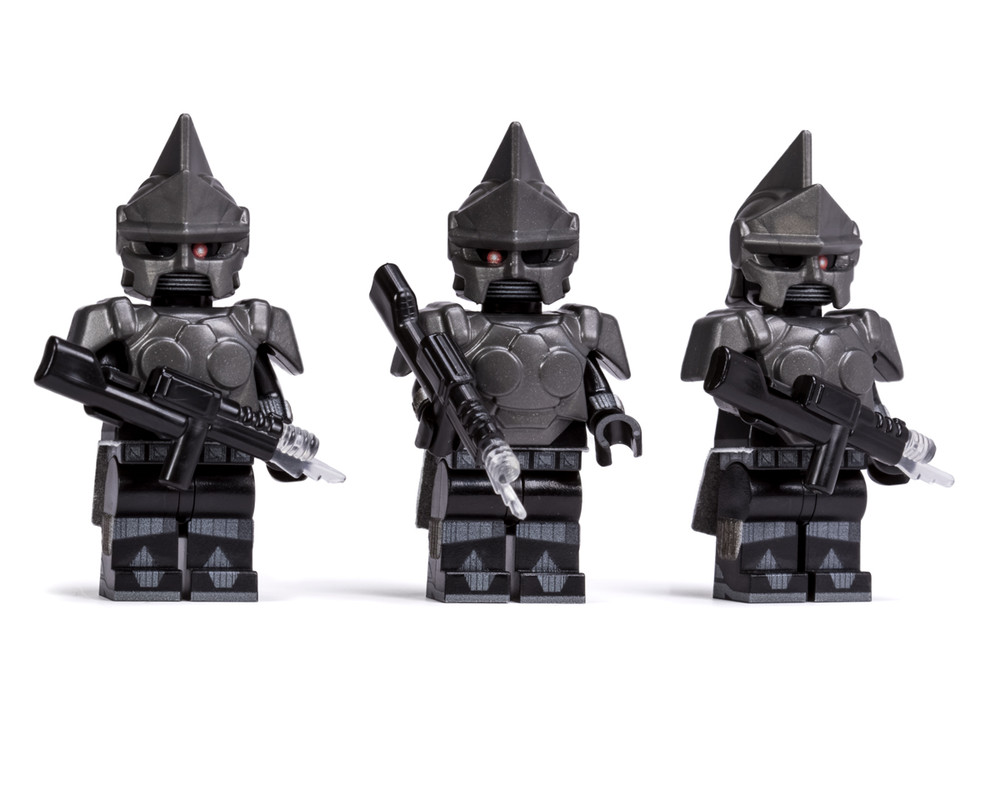 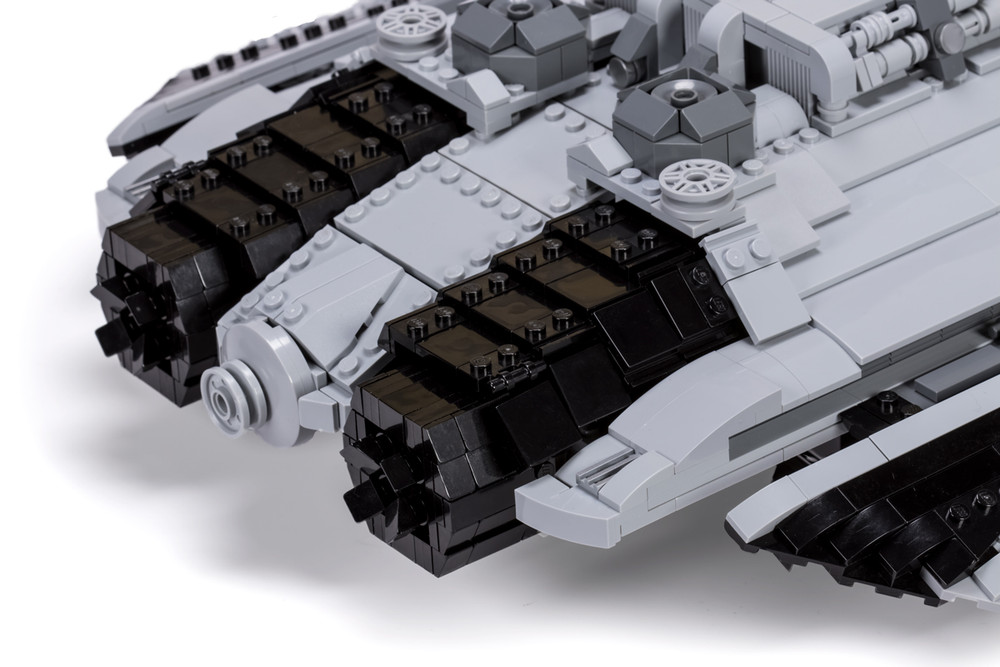 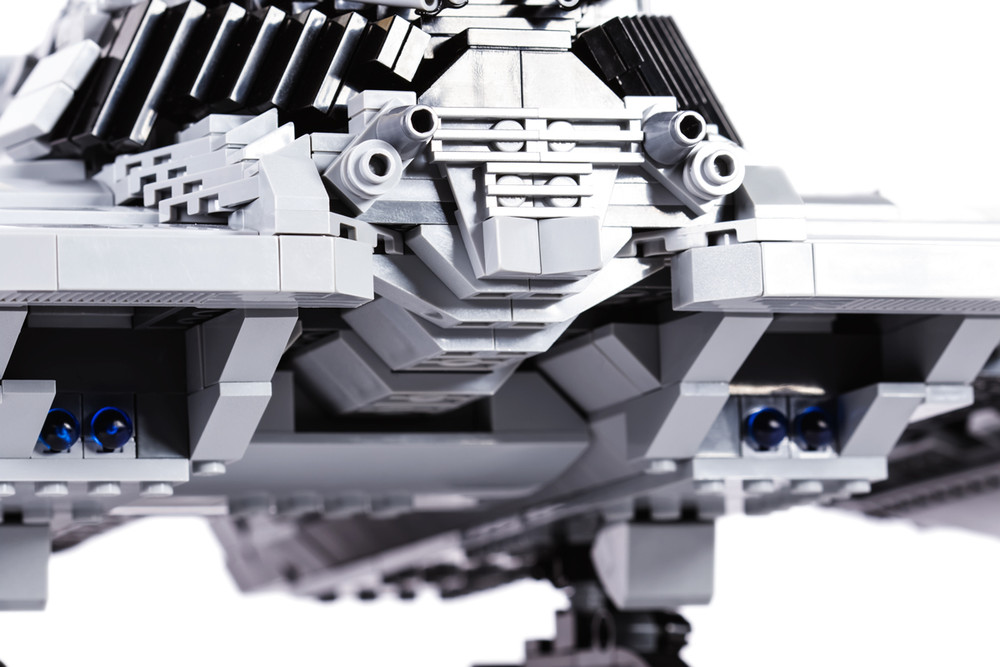 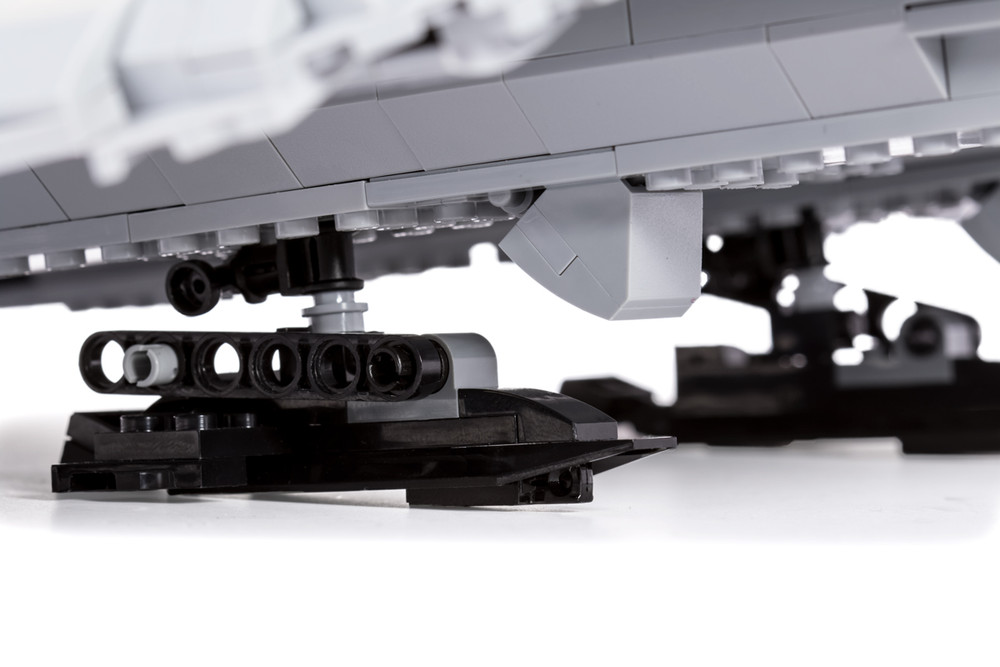 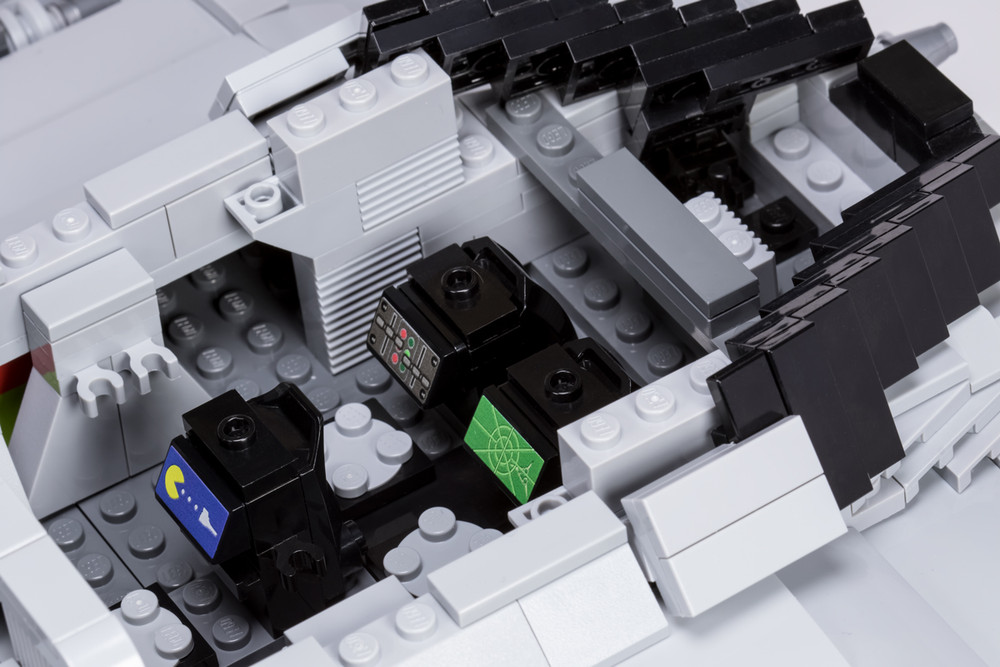 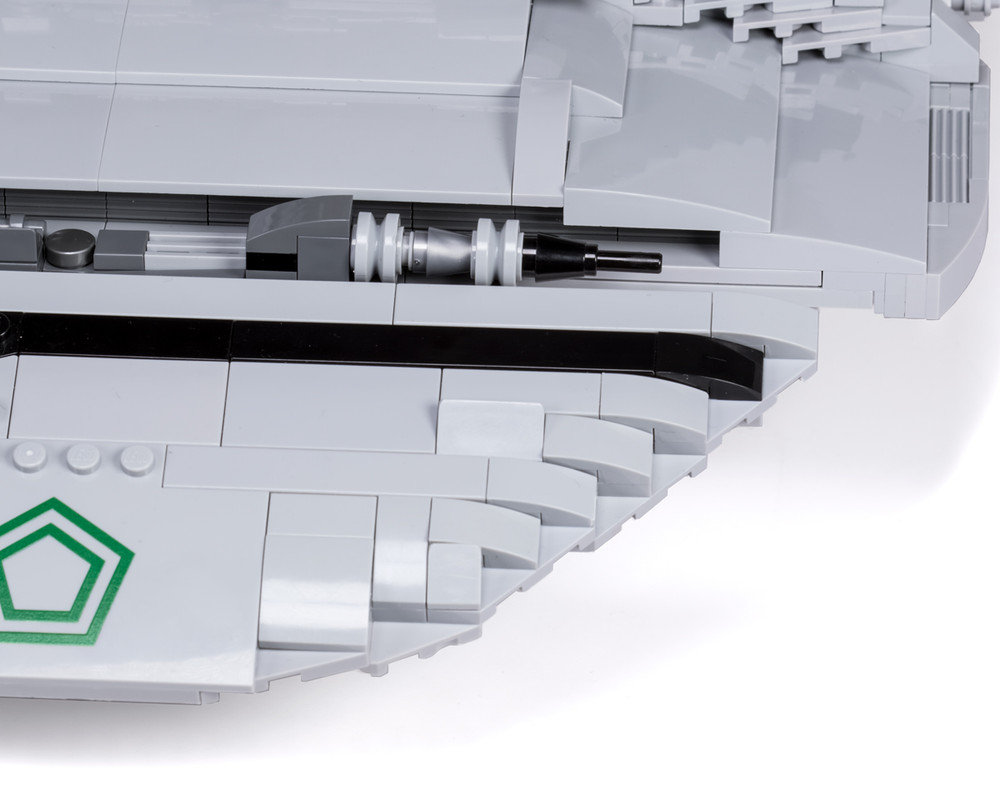 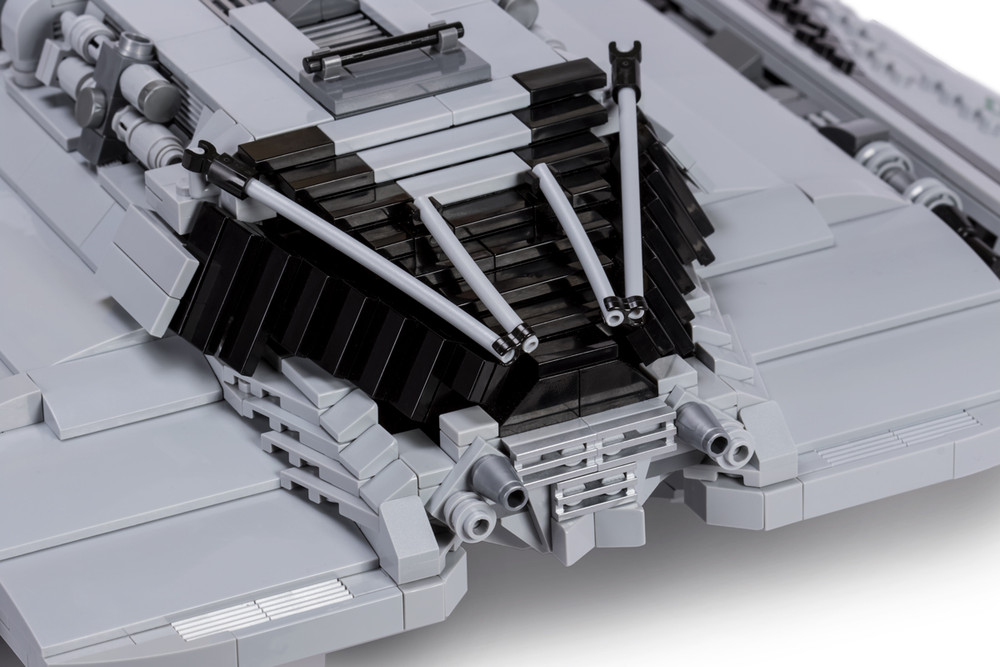 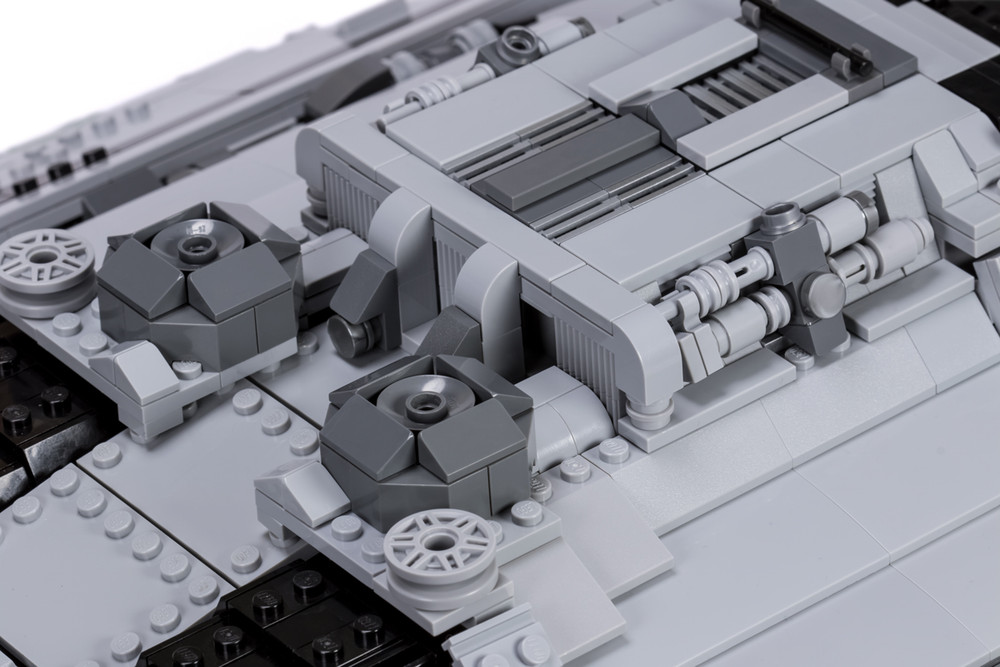 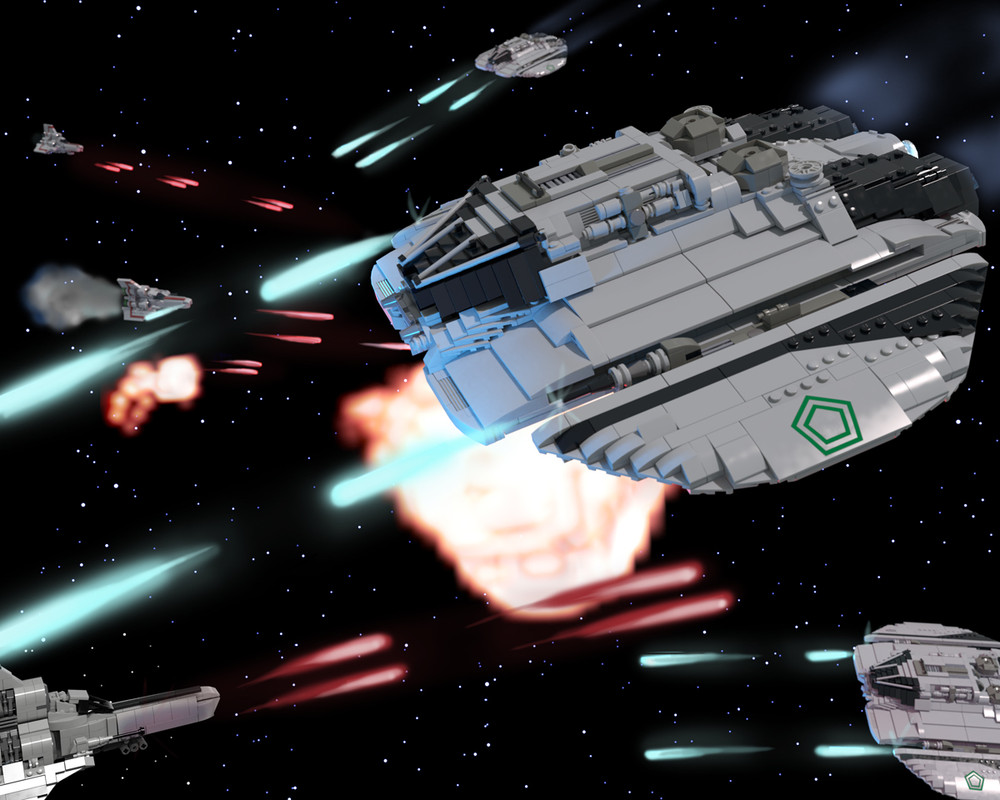 About the Centurion Raider:

Piloted by androids from a distant world, the Centurion Raider is a powerful, heavily-armed fighter craft with powerful twin thrust engines. Armed with wing-mounted fire-linked lasers and space-bolt missiles, the Centurion Raider is a formidable opponent. Although slower than the Viper, the Raider is no less lethal. Armed to engage both fighters and larger capital ships, the Raider is versatile in its capabilities for space combat. Flying in a squadron, they seek and destroy Colonial Vipers in their attempt to destroy humanity.

This kit is designed to resemble the classic version of the Raider. Inside the craft features three Centurion minifigures and printed control panels. 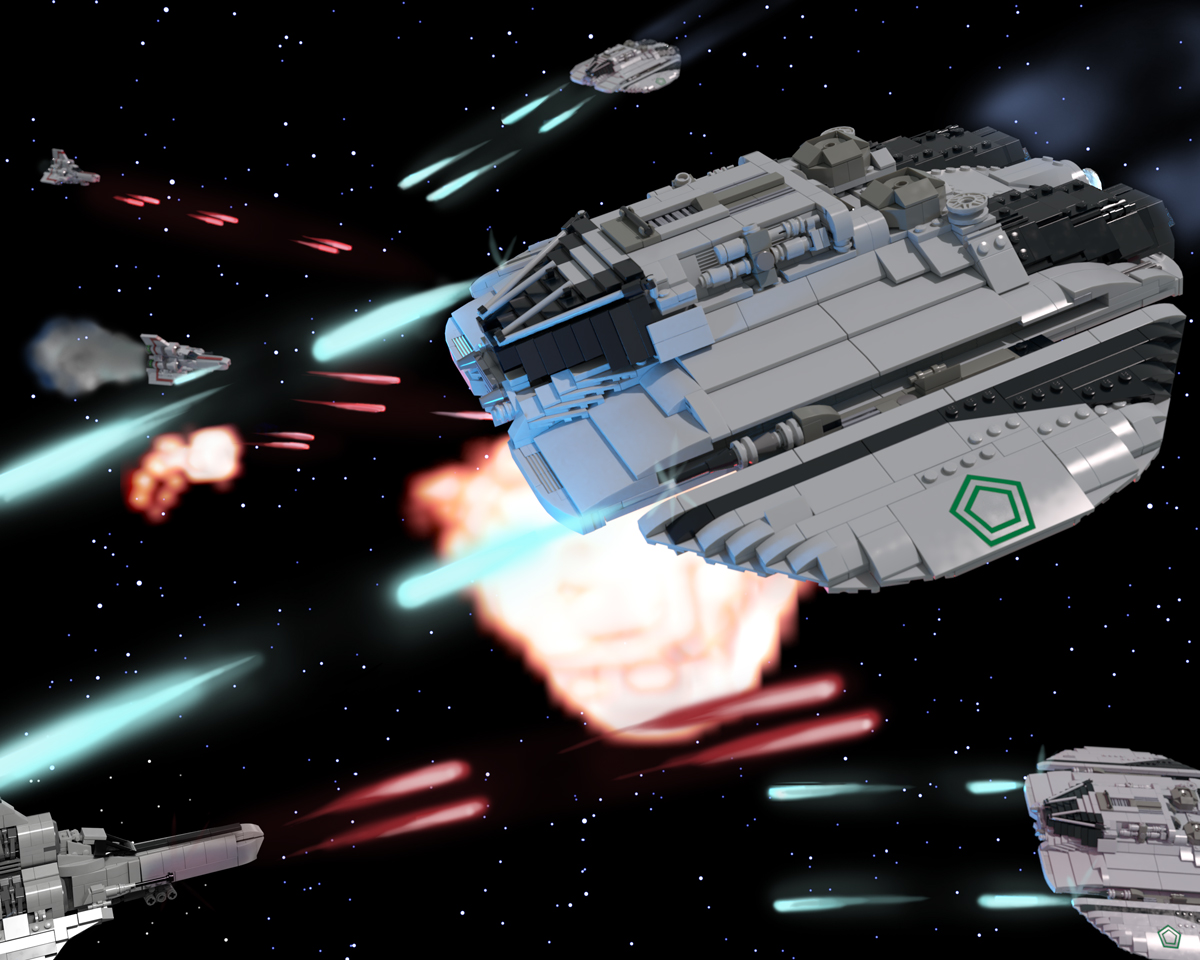 The Centurion Raider kit comes with the following features: