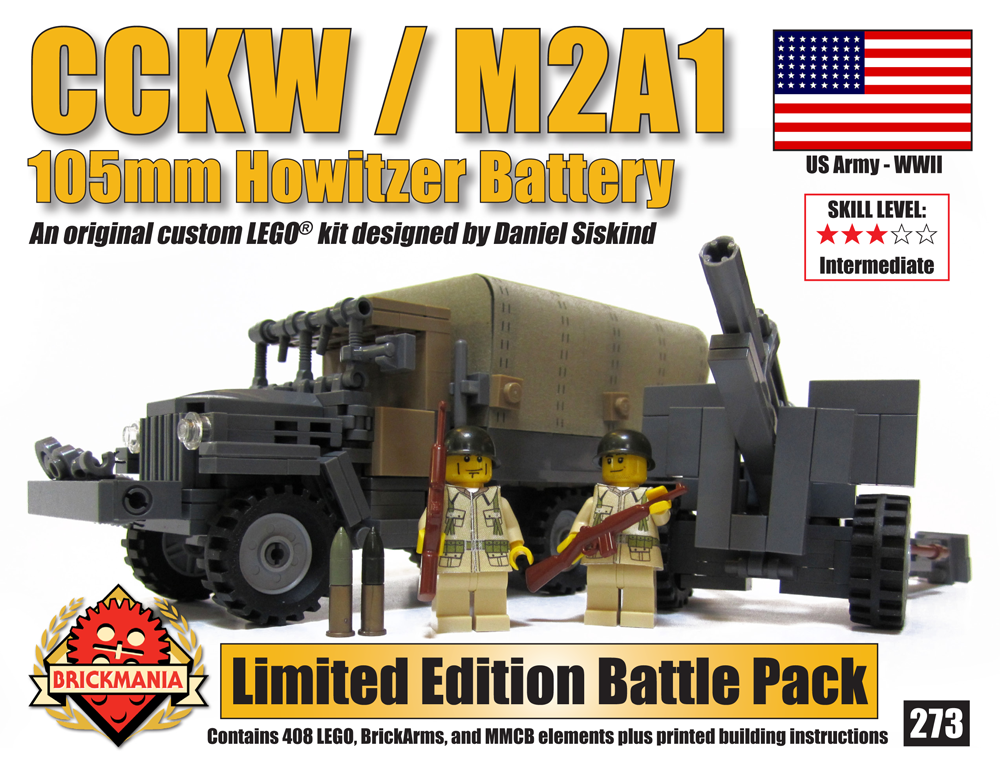 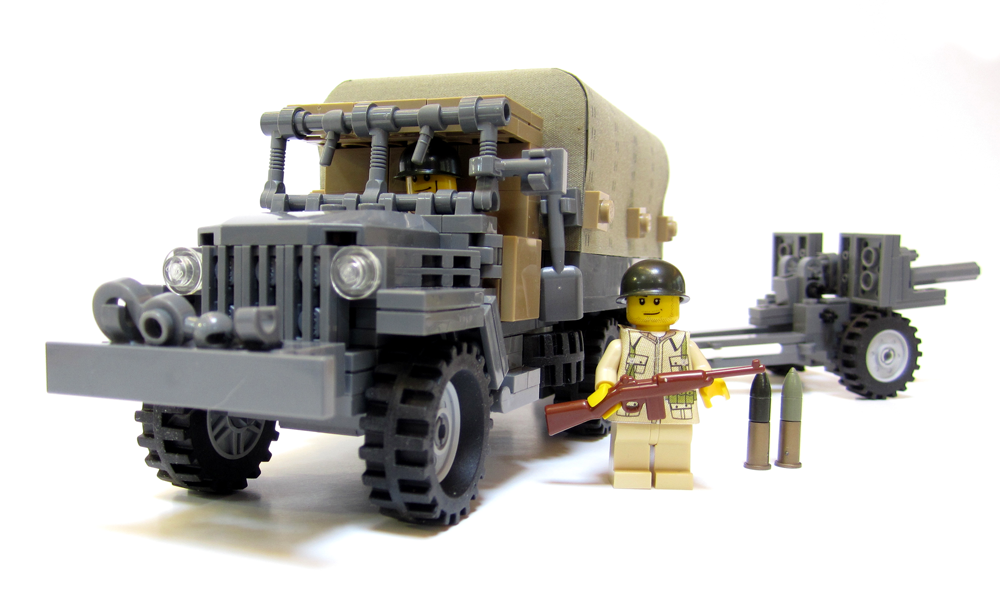 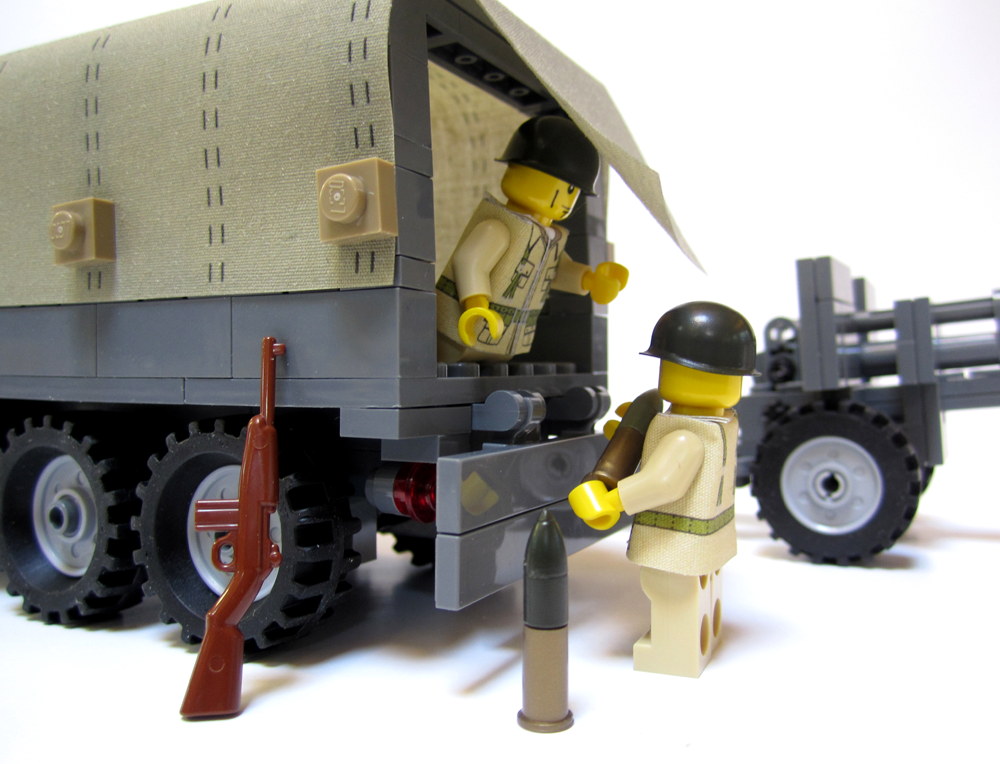 Two of the US Army's most ubiquitous pieces of hardware during World War II—the CCKW "Deuce and a Half" truck and M2A1 105mm light field howitzer—are teamed up for this limited edition Battle Pack. Both of these models feature later production hallmarks such as the canvas cab roof and doors on the CCKW and the secondary splinter shield on the M2A1 Howitzer. The CCKW and M2A1 were present in every theater of operations of World War II and saw action well into the 1960's Being such a huge part of America's war effort, both of these models rank among the most overdue subjects for Brickmania kits!

The CCKW & M2A1 105mm Howitzer Battery has the following features:

All Brickmania model kits are made of new-condition LEGO bricks and this one includes compatable weapons by BrickArms. This model comes disassembled and includes completed printed building instructions and comes packaged in a sealed box. This is a limited edition kit and production may be discontinued at any time.