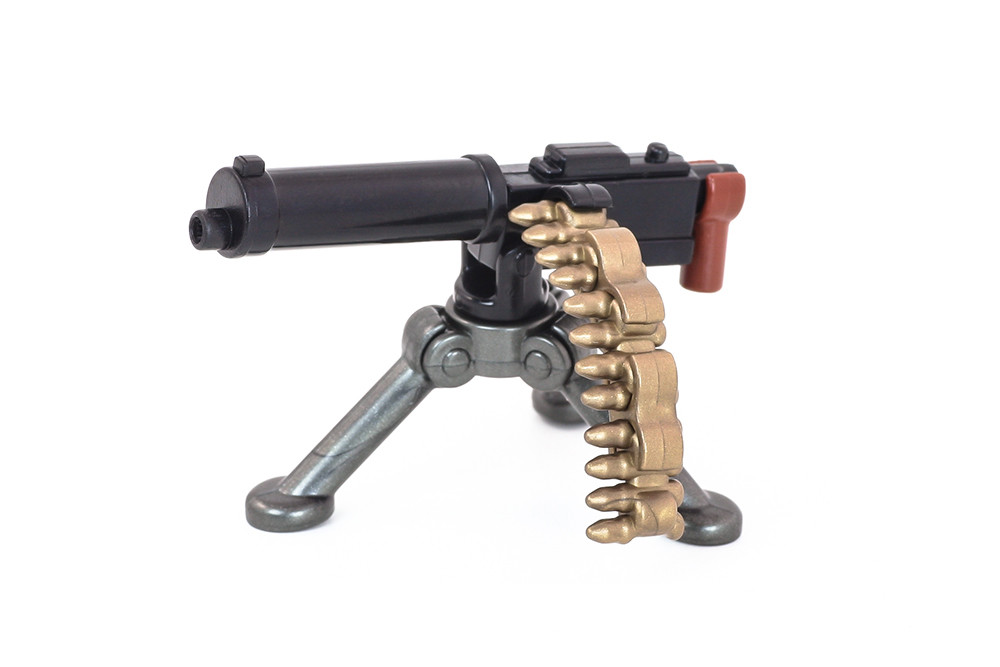 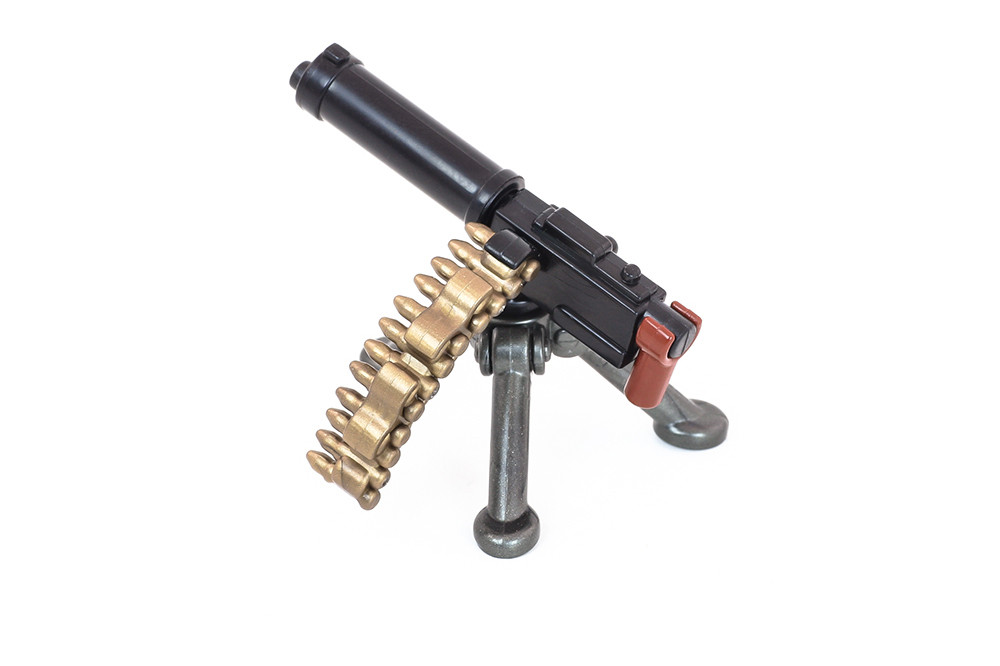 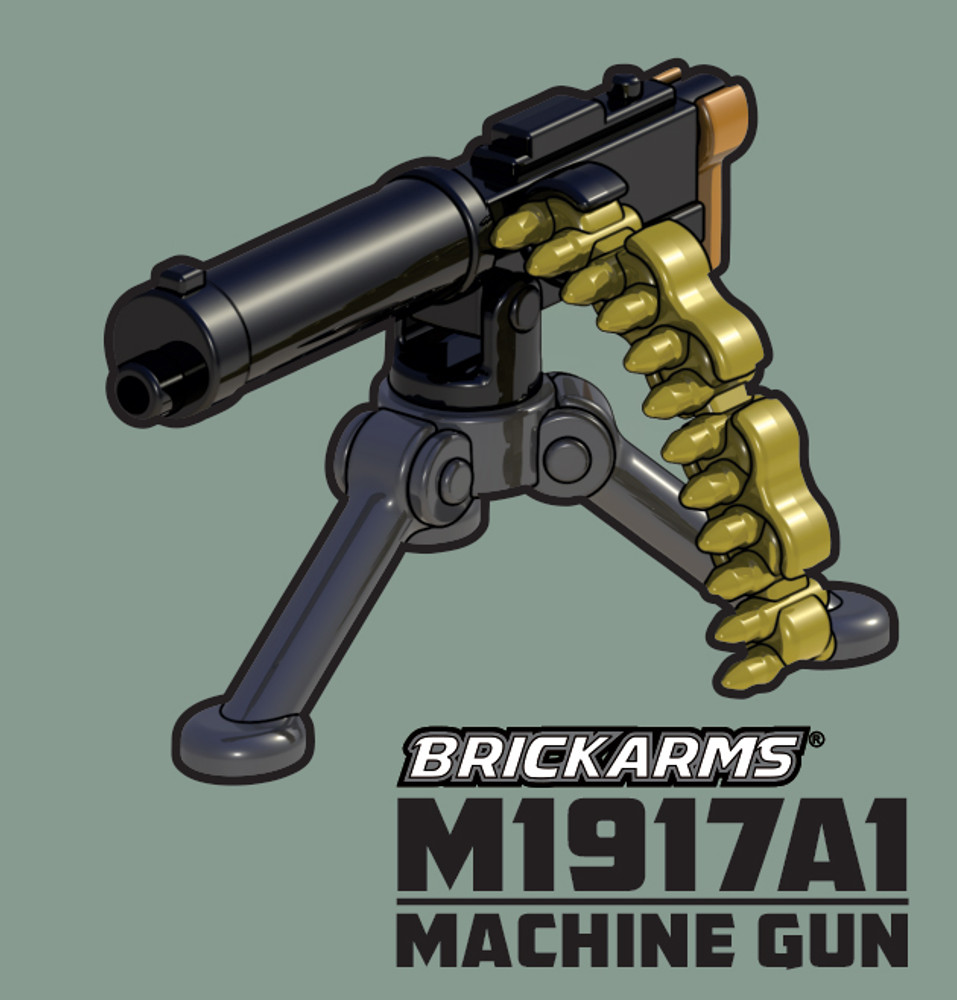 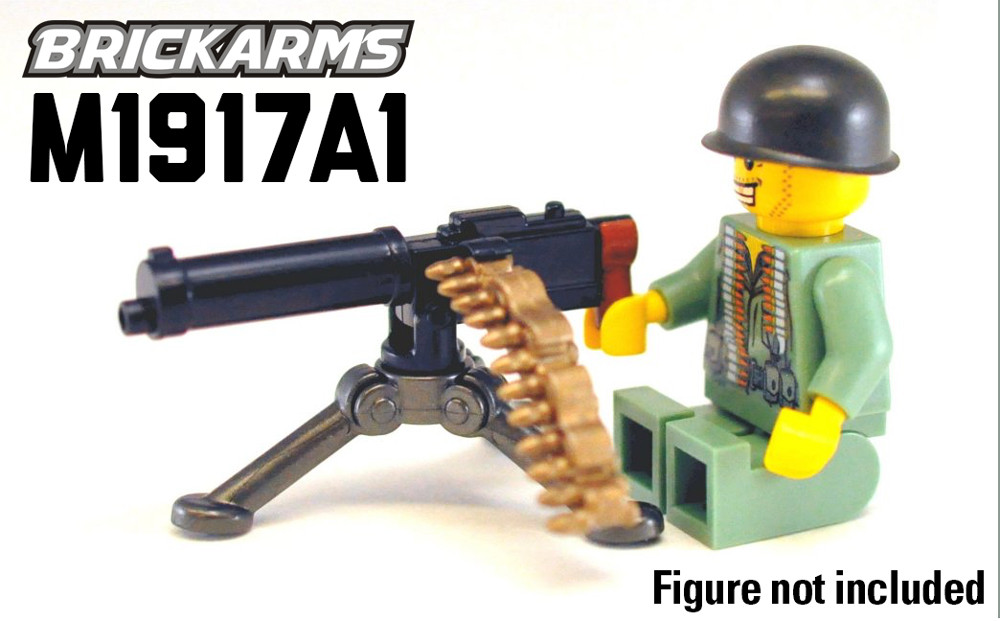 The Browning M1917A1 was a water-cooled medium machine gun used by US forces during World War II. The water-cooled barrel sleeve meant the gun could sustain long periods of fire without overheating like it's air cooled counterparts. The M1917A1 was used mainly in defensive positions because their extreme weight made them difficult to transport.