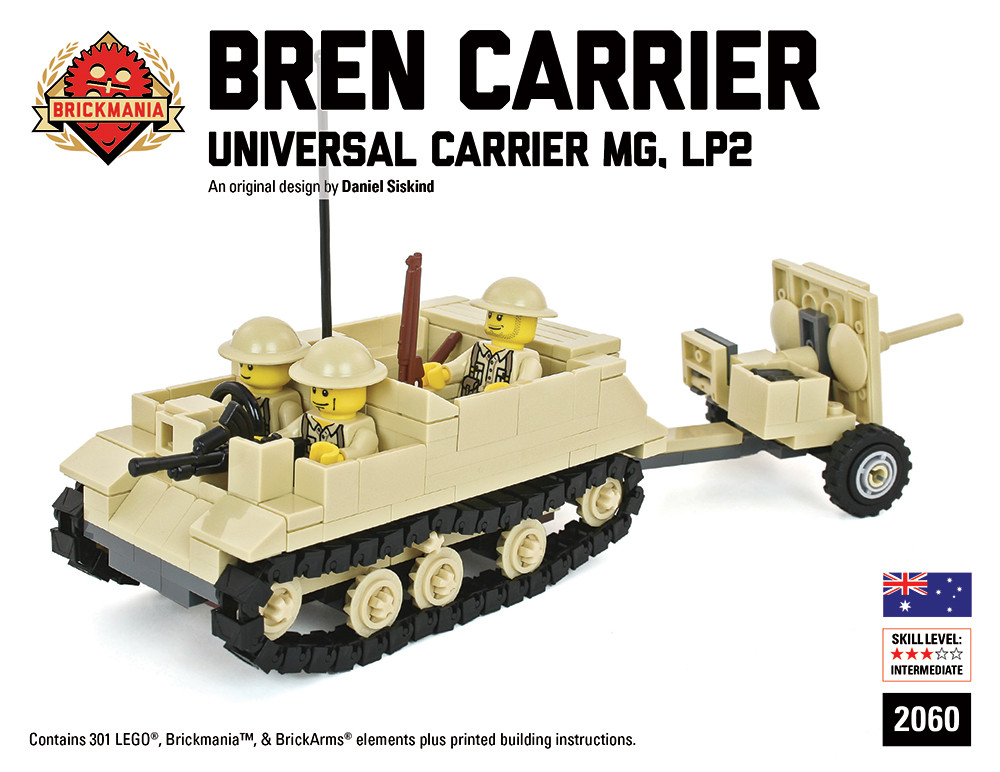 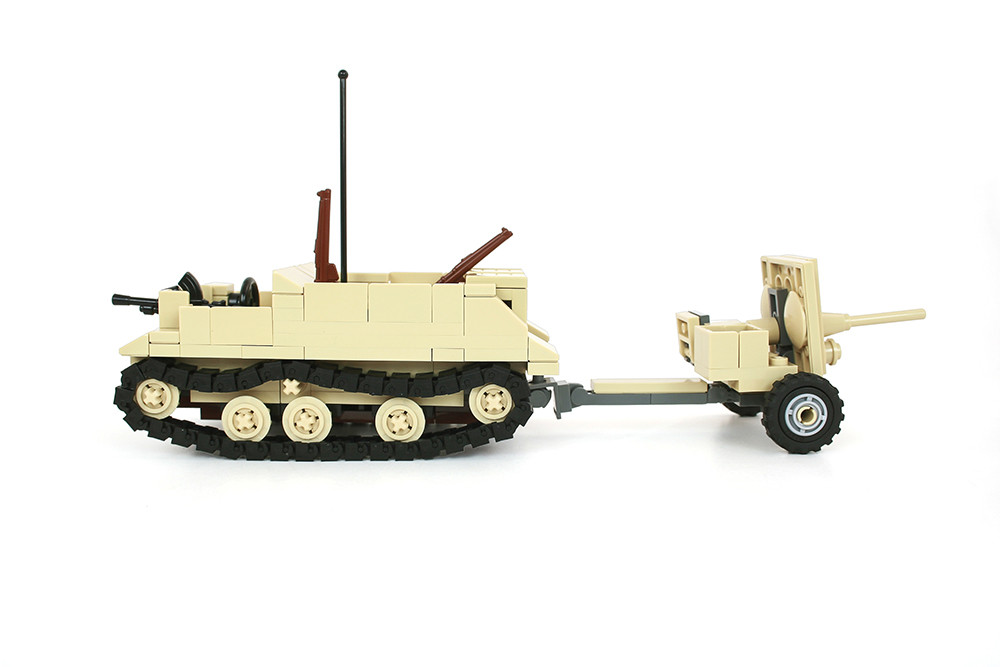 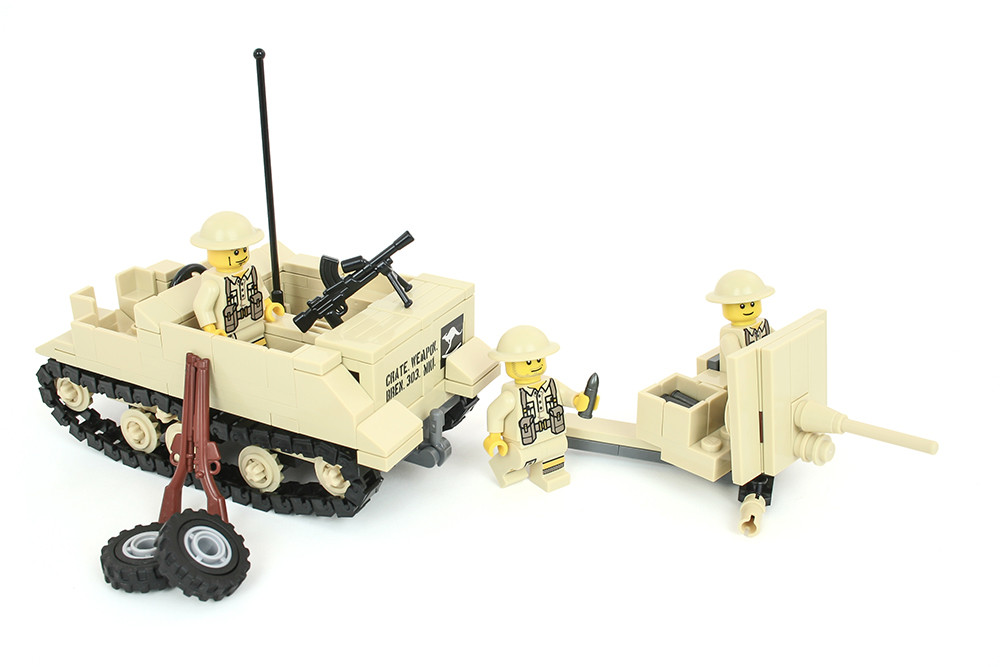 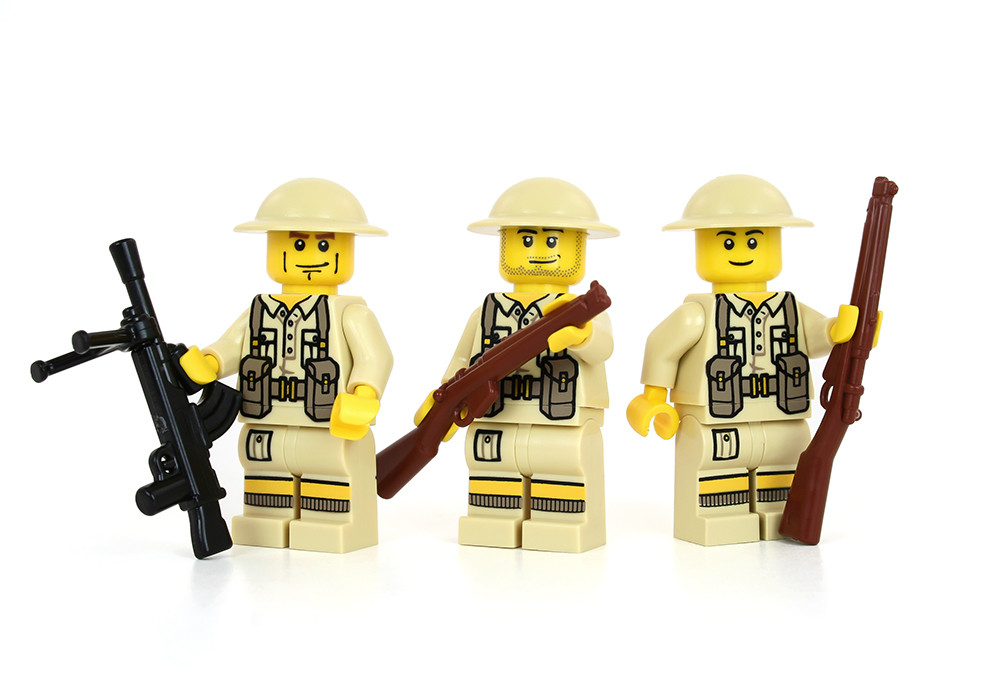 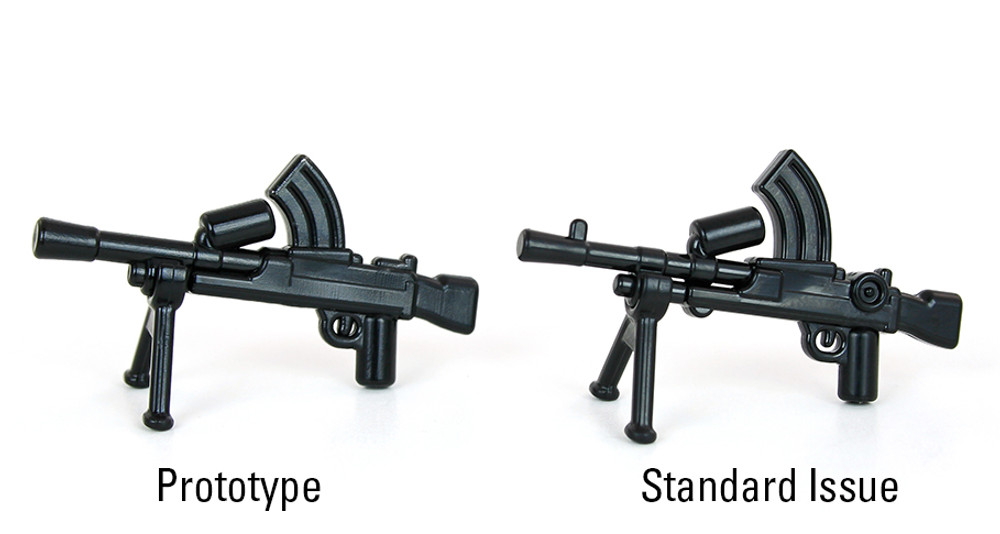 The Universal Carrier was the most widely produced tracked military vehicle used by British and Commonwealth forces during World War II and beyond. The crew included a driver (seated on the right) and a Bren machine gunner on left (hence the nickname "Bren Gun Carrier) and could hold two additional personnel in the rear compartment. Over 100,000 Universal Carriers were produced in dozens of different configurations and specialized variants. This kit is based on the Australian-built Universal Carrier MG, LP2 ("LP" stands for "Local Pattern") which saw service with Australian and Commonwealth troops throughout World War II. Also included is a towed 2-Pounder Anti-Tank Gun, used everywhere the British forces for the duration of the war.

All Brickmania model kits are made of new-condition elements from LEGO and BrickArms. This model comes disassembled, includes printed building instructions, and comes packaged in a sealed box.